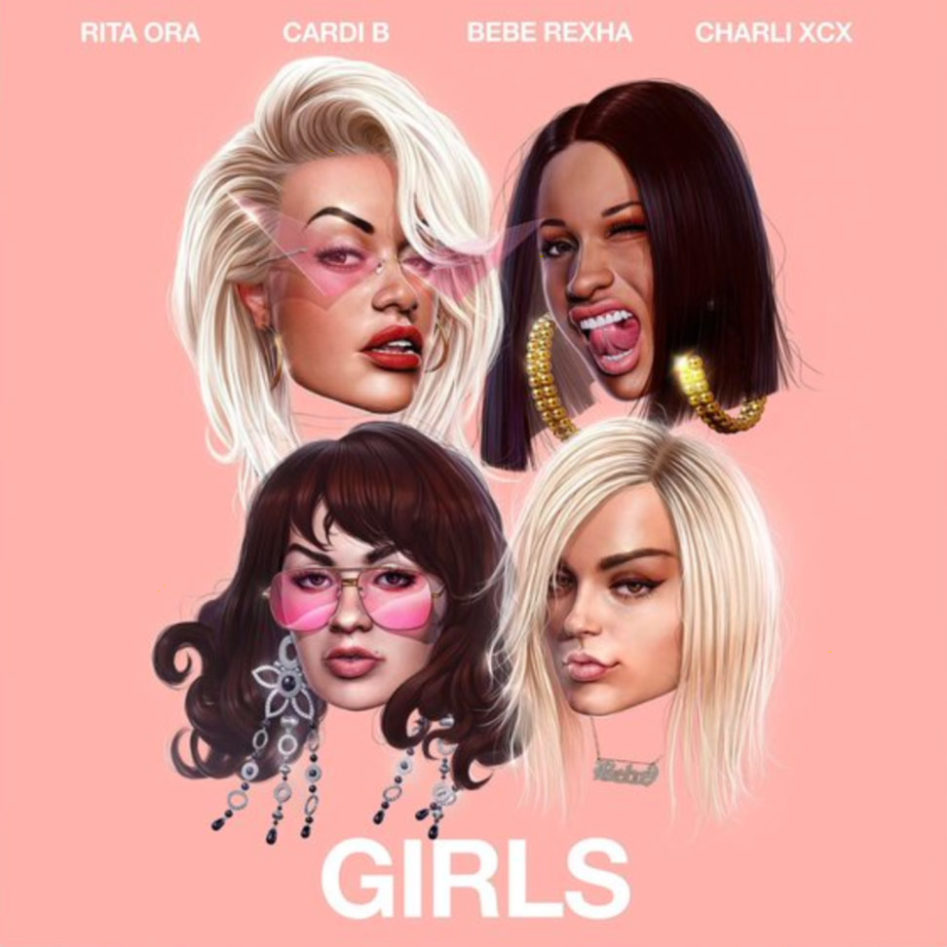 Long ago, during a time when George W. Bush was coming to the twilight of his presidency and presumably thinking about, well, not much of anything at all, Katy Perry was rattling conservative cages with something that was somehow still too salacious for mainstream consumption: two women kissing. Later, when we would find out that the narrative was inspired by Miley Cyrus, the song would, of course, lose all of its original eroticism (if it ever had any at all). The point is, however, that the whole “lesbianism is liberation” thing has really been done to death by straight women trying to commodify a trend that isn’t so much trend as way of life for most females who have come to grips with the fact that men are shit. With a big gaping penis hole that occasionally hisses cum at you as a form of emotional expression. 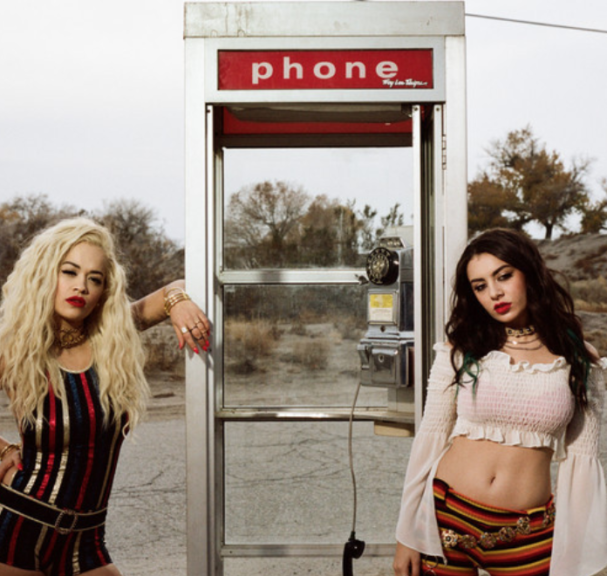 Ora is no stranger to collaborating with Charli XCX

In this regard, one can understand the bizarre quartet of Rita Ora, Cardi B, Bebe Rexha and Charli XCX combining forces to create a forgettable “bisexual anthem” with banal lyrics like, “Red wine, I just wanna kiss girls, girls, girls (yeah yeah, yeah yeah)/Sometimes, I just wanna kiss girls, girls, girls (you know that I do).” And while, fine, it’s all perfectly on the level to release mediocre and therefore at its core terrible music, don’t try to compare what you’re doing to the masterpiece cover that was 2001’s rendition of “Lady Marmalade.” If Patti LaBelle arched her brow at a remake of her 1974 classic, the now OG quartet of Christina Aguilera, P!nk (forever feuding with the former), Lil’ Kim, and Mya (we can honorarily include Missy Elliott as well) is likely doing a lot more than that with their eyebrows at having their song even remotely compared to “Girls.” 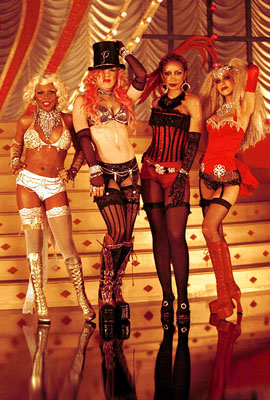 Apart from the fact that there are also four women fitting similar archetypes on the track (the “vocalist” [Ora], the “rapper” [Cardi], the little known and soon to fade away one [Rexha] and the “spark plug” [XCX]), there is not much else in the way of similarities between these two singles. Unless you want to argue the sexual empowerment angle. Except that there is nothing sexually empowering about regurgitating lines from Cyndi Lauper and Destiny’s Child in the same breath by saying, “Now I could be your lipstick just for one night (one night)/Girls just wanna have fun and have their funds right (yeah)/I mean, say my name, say my name, say my name (say my name).”

Nor is there much for the LGBTQ community to be impressed by when it comes to Ora further perpetuating the belief that as long as you’re drunk or high (“just rollin’ Js, kush lovin’”), there’s nothing wrong with some healthy experimentation. And that’s what the song really boils down to. These are straight women who’ve smoked too many blunts or had too much wine (or both) and thought, “Fuck it, why not? I’ll kiss this girl who might actually be a bona fide lesbian or bisexual and end up hurting her feelings worse than anyone with a panisse.”

So what it comes down to is that not only is “Girls” neither anywhere in the same musical league as “Lady Marmalade” or its “cast,” it is also, at best, written from the perspective of an East Coast college girl recounting her drunken dormitory romp in her diary the following afternoon when the haze has cleared and she’s back to being straight again. Even Katy Perry, as tone deaf as she is, didn’t make reference to being sloshed in “I Kissed A Girl” (which, of course, she was when she decided to kiss Miley). In any event, if you’re fiending for a bisexual anthem so hard, you’re better off just sticking with the fluidity “freak flag” of Janelle Monáe’s “Make Me Feel.”