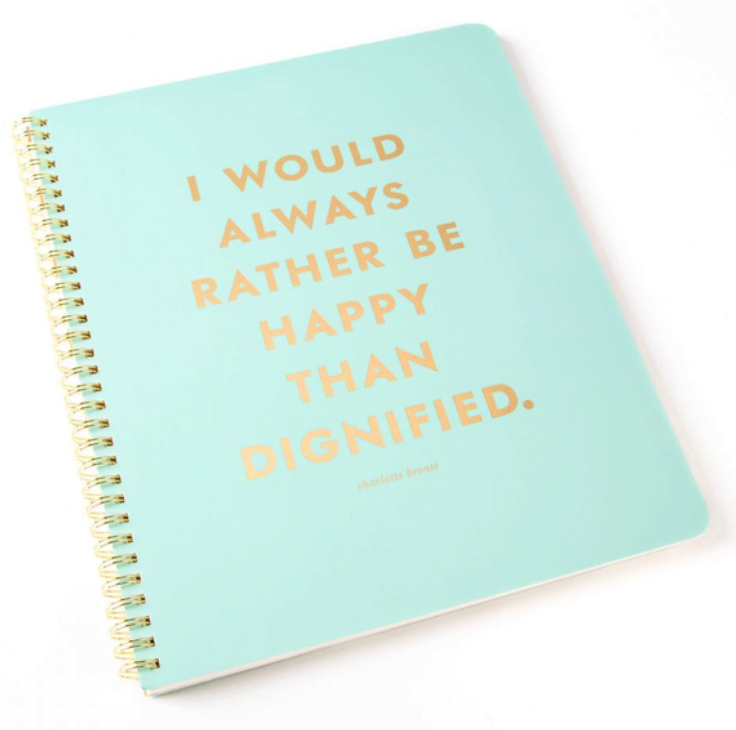 Kate Spade (who annoyingly would make you spell her brand in all lower cases–as in kate spade new york–and I only know this thanks to the treachery of writing copy for it) was a designer always noted for her upbeatness and vibrancy. Colorful patterns and “tongue-in-cheek” phrases that were never too unpleasant so much as just abrasive enough–most notably, “Eat cake for breakfast”–had the sort of women who lust after Coach and Michael Kors paraphernalia hanging like a puppet on the string of Spade’s empire, most of which was bought off by Neiman Marcus in 1999 and then sold again to Fifth & Pacific in the 00s. That the brand hasn’t been “officially” Spade’s for quite a while now speaks to something of the Betsey Johnson effect, where a female designer is whored out to the point of non-recognition in terms of designs that now only vaguely represent the original prototype for the sake of whatever juggernaut corporation is in charge of it at the moment. 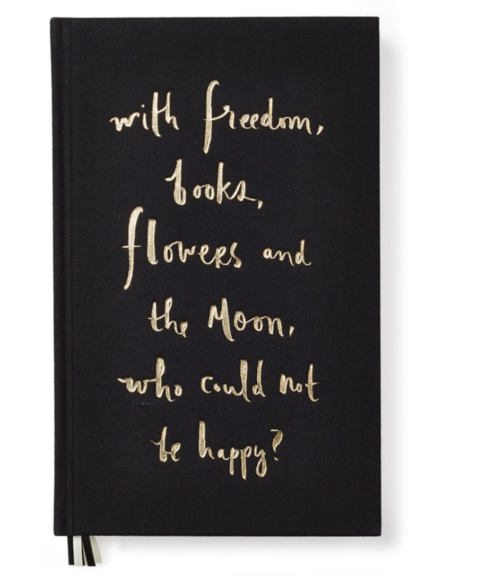 Despite this, Spade’s “signature,” “cutesy” phrases that appeared on everything from notebooks to handbags to cocktail napkins remained forever driveling, most especially in their attempt to be clever. However, looking back on some of these aphorisms in the wake of the 55-year-old’s suicide, most of them come across as cries for help–as though Spade was screaming the entire time, “I’m dying inside from having to scribble these edgy to Midwestern housewives phrases on my art.”

A wallet with the insistence, “Spend it all in one place #cha-ching,” for example, could have been a dour way for Kate Spade to allude to her own issues with spending–for is there ever any other reason for a “successful” fashion designer to commit suicide other than financial ruin? (barring Alexander McQueen–in fact, the circumstances of both designers’ suicide, at least with regard to method and how they were found, are very similar). 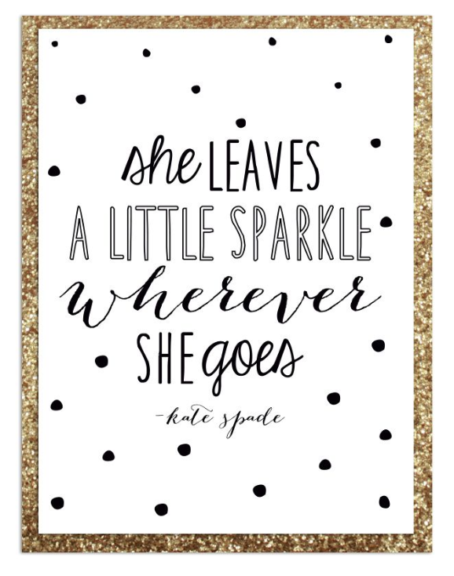 Tupperware that reads “Hold Tight” and “Take Cover” seems to be, in the present, Spade’s own words of encouragement to herself, as though assuring that if she could just “make today [her] new favorite day,” she would be able to go on. Not so. Despite still being married to Andy Spade after meeting him while working in the accessories department of Mademoiselle while she was Katy Brosnahan (aunt of Rachel “Mrs. Maisel” Brosnahan) in the late 80s and then marrying in 1994 after starting her brand together, even love was not enough in the face of such “witty” phrases as, “Love is a splendid thing” or “Surround yourself with the things you love. Discard the rest,” apparently proving null and void, even for a mother of a thirteen-year-old daughter (and you would think motherhood would be especially motivating to hostess-loving sort like Spade).

“Life is short. Buy the shoes” is also especially macabre when taking into account just how short Spade’s own life was, and how many shoes she did buy perhaps all along knowing her end game of an easy way out to avoid any creditors. That her home-centric brand in the years after handbags were no longer her sole trademark was so heavily focused on a party-oriented lifestyle also speaks to the irony of her suicide. Though, if history has taught us anything, it does seem to usually be the case that the “life of the party” is almost always the one who wants to check out earlier than everyone else. Last to arrive, first to leave–the mark of anyone fabulous, n’est-ce pas?

That Spade was also a frequent wielder of Dorothy Parker quotes on bags, glasses and phone cases–among other endless items on which the company chose to print on–also heightens a certain paradox, for there was no one cleverer (and yes, more suicidal) with the one-liners than Parker, who would likely have balked at being featured on a notebook or bag with the line, “I don’t care what is written about me as long as it isn’t true.” Unfortunately, one can’t help but believe the truth about Spade is that all of her frivolous phrases were a mask for the inner torment and suppressed profundity inside. That if she had perhaps truly let her Hot Topic stylings shine instead of forcing herself to be “on-brand,” maybe she would have genuinely believed in her own ism, “With freedom, books, flowers and the moon, who could not be happy?” Instead, she had to admit that she would be happier dead than remain living and still be “dignified.”