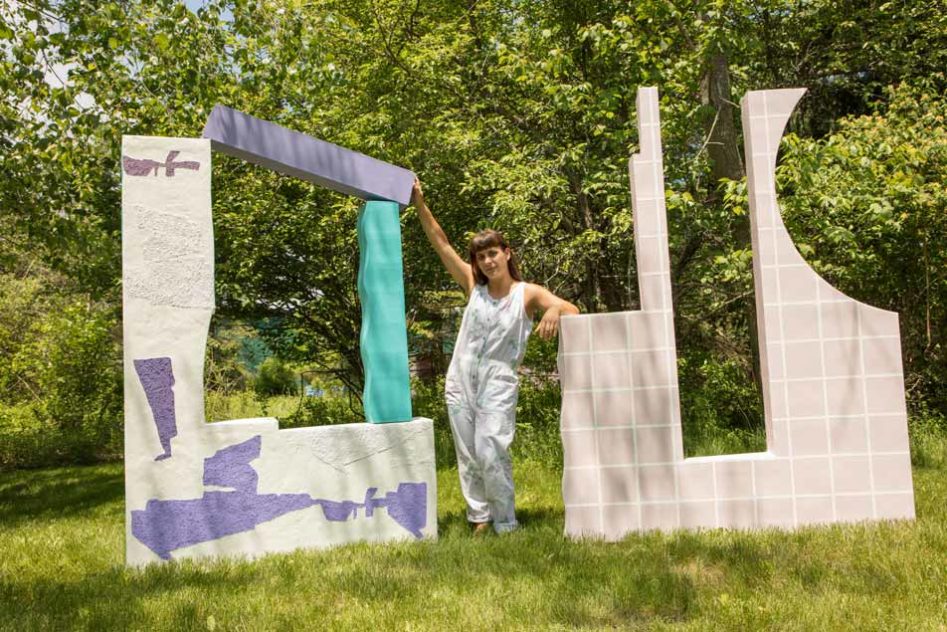 Someone once wrote that New York City was a place that could destroy you by simply ignoring you (okay it was me). But being ignored is not an option when one produces work for public consumption, so artists allow themselves, nay, insist upon, the public and private flaying that often accompanies their entrée into the New York art scene. But in spite of that, NYC remains a dream for many young creative types. “I always wanted to be in New York,” said artist Leah Guadagnoli, who currently lives in Brooklyn. “It just seems like everyone’s on the same page,” she said. “Like everyone’s working very hard to be who they want to be, there’s so much rigor, like no one’s ever wasting time.” 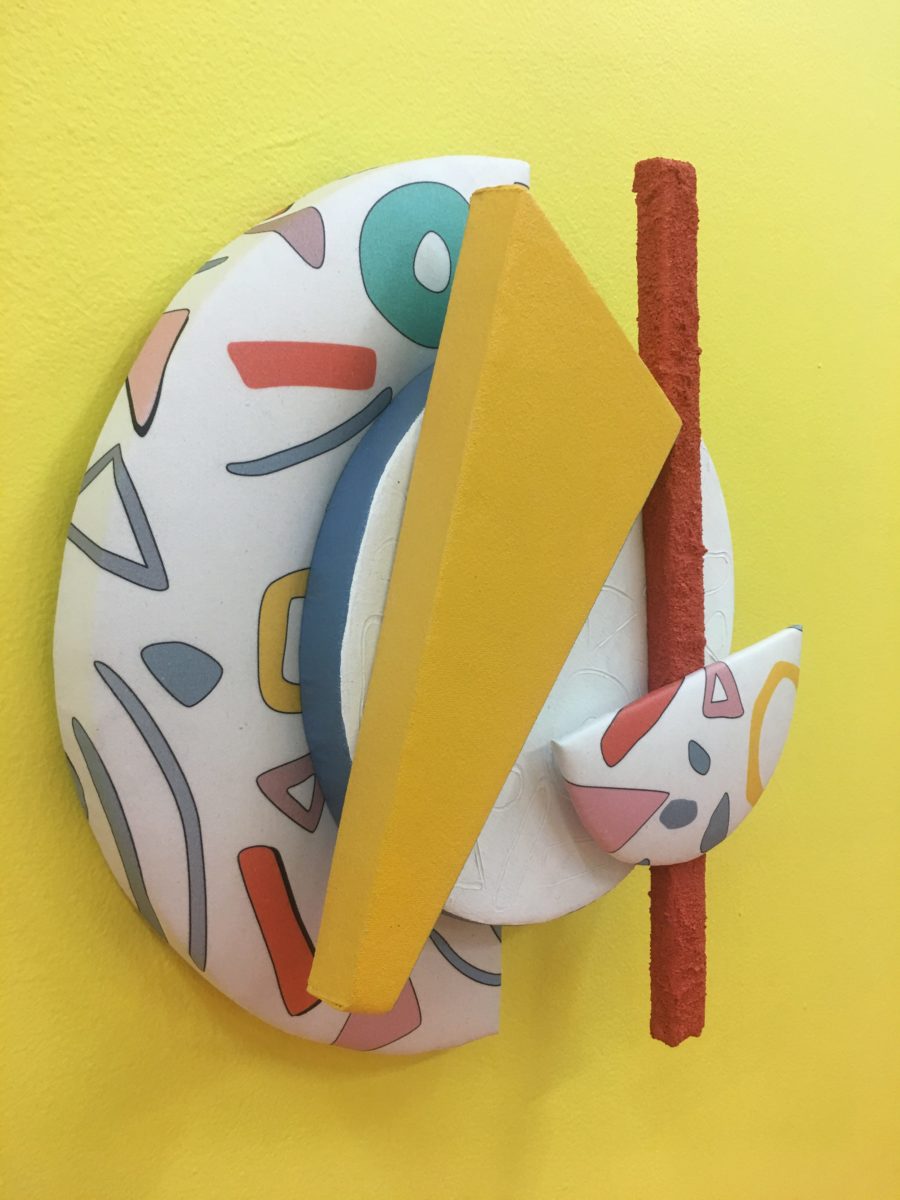 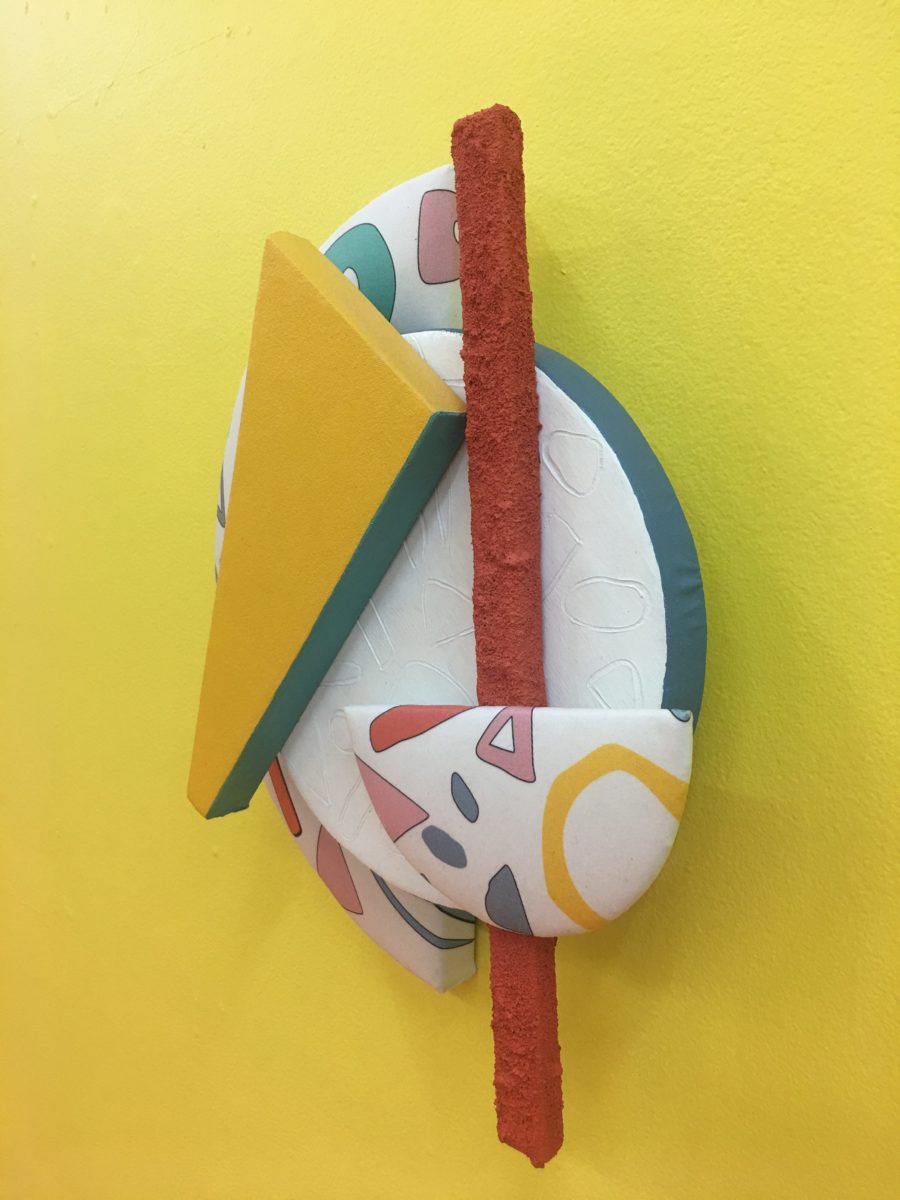 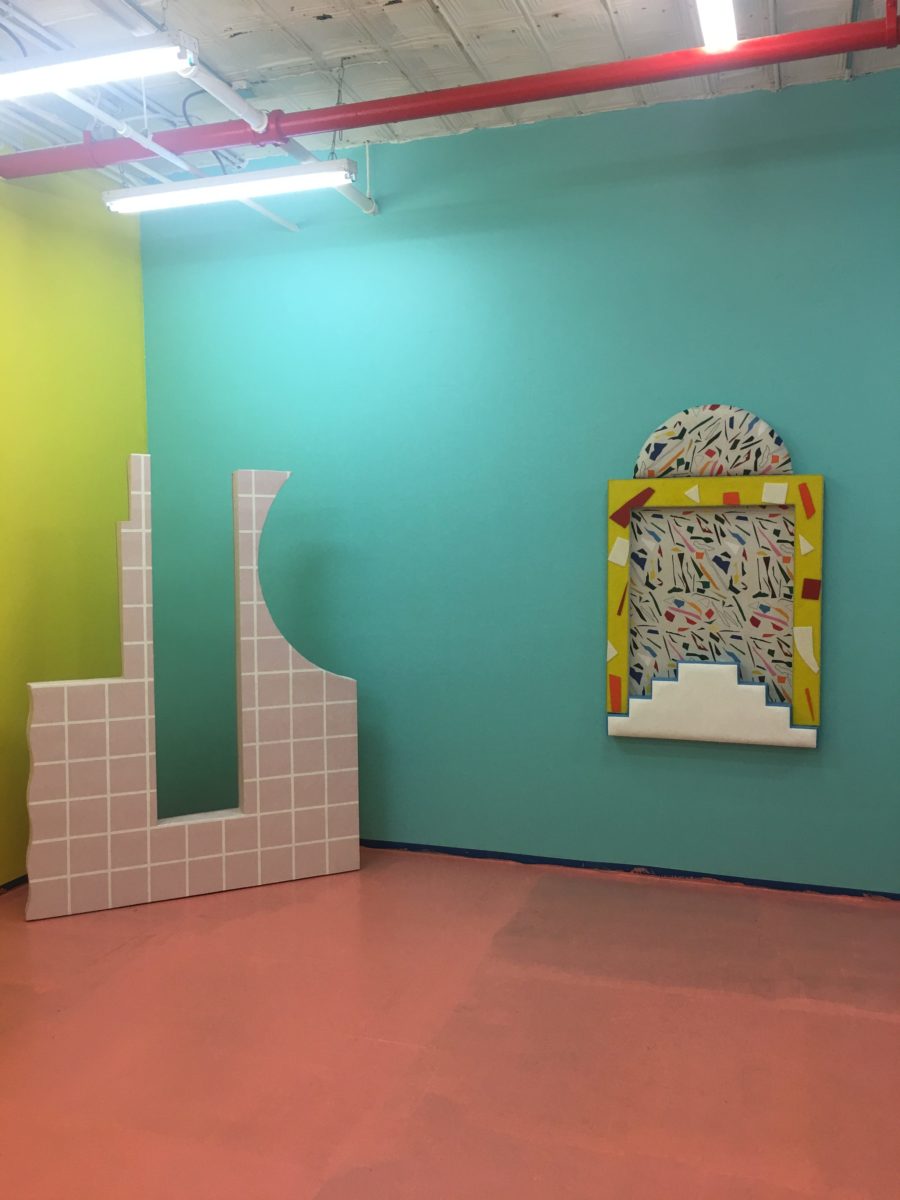 Leah hails from Plainfield, Illinois, a somewhat vanilla suburb of Chicago, as the name would suggest, where she had the encouragement of her art teacher, Mr. Michael Freitag, among others, who inspired her to follow her passion for art. “I feel really fortunate that I was very supported by him,” she said. “Some people don’t even have art in their curriculum anymore, and that really surprises me. I probably wouldn’t be the same person without him. We still talk to this day.” 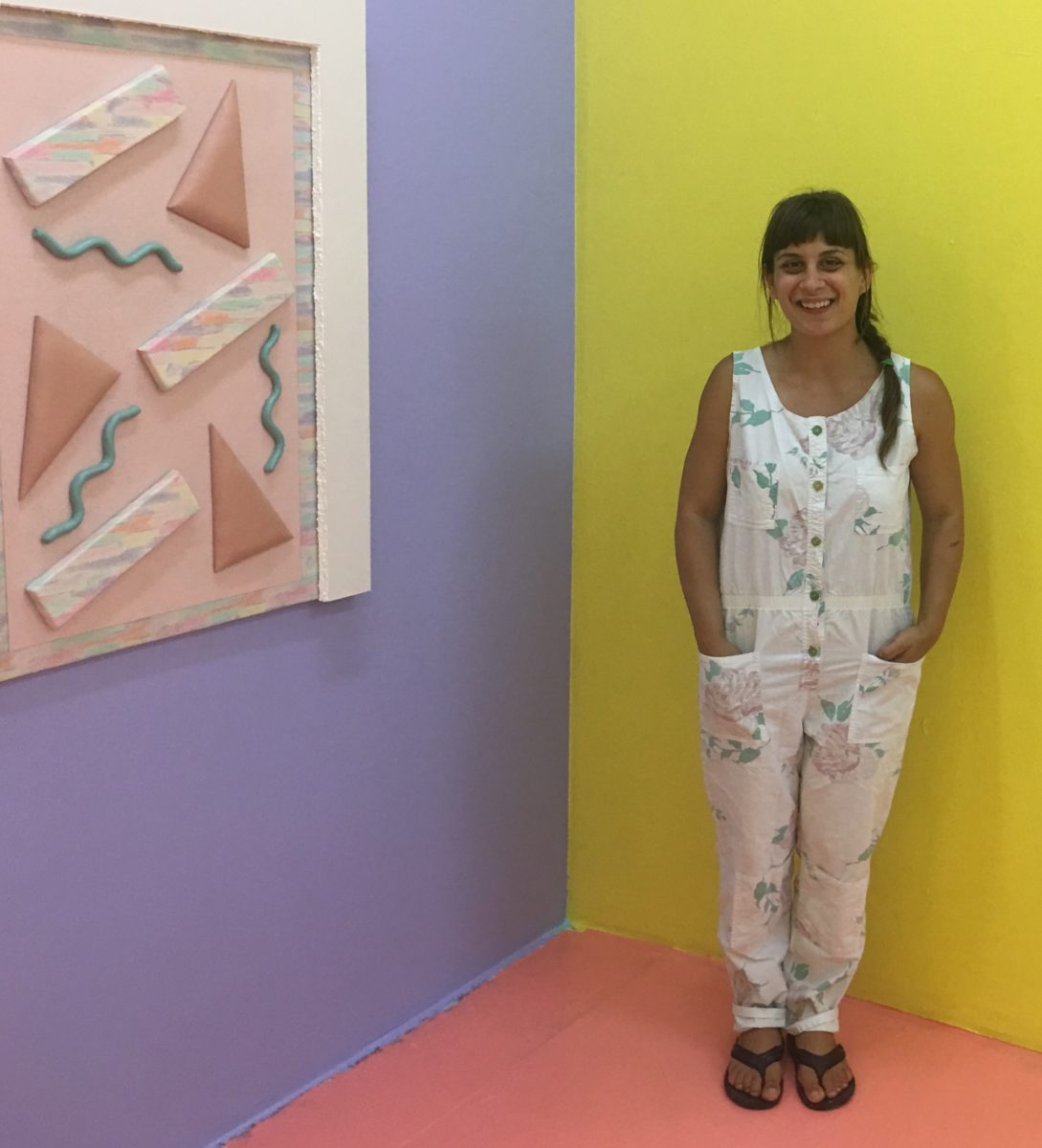 She also makes time to be away from the city through artist residencies, like her month-long stay in Kenya. “It was so cool,” she said. “It was an incredible experience and I feel like I’m really able to balance out my time in New York with these other experiences. Other than that you might go crazy!” She returns to Brooklyn this month from a residency at the Macedonia Institute, for her solo show, “I Just Want To See You Underwater”, at Bushwick’s VICTORI + MO gallery, opening on June 8th. “I’ve been working toward this show for about a year,” she said. 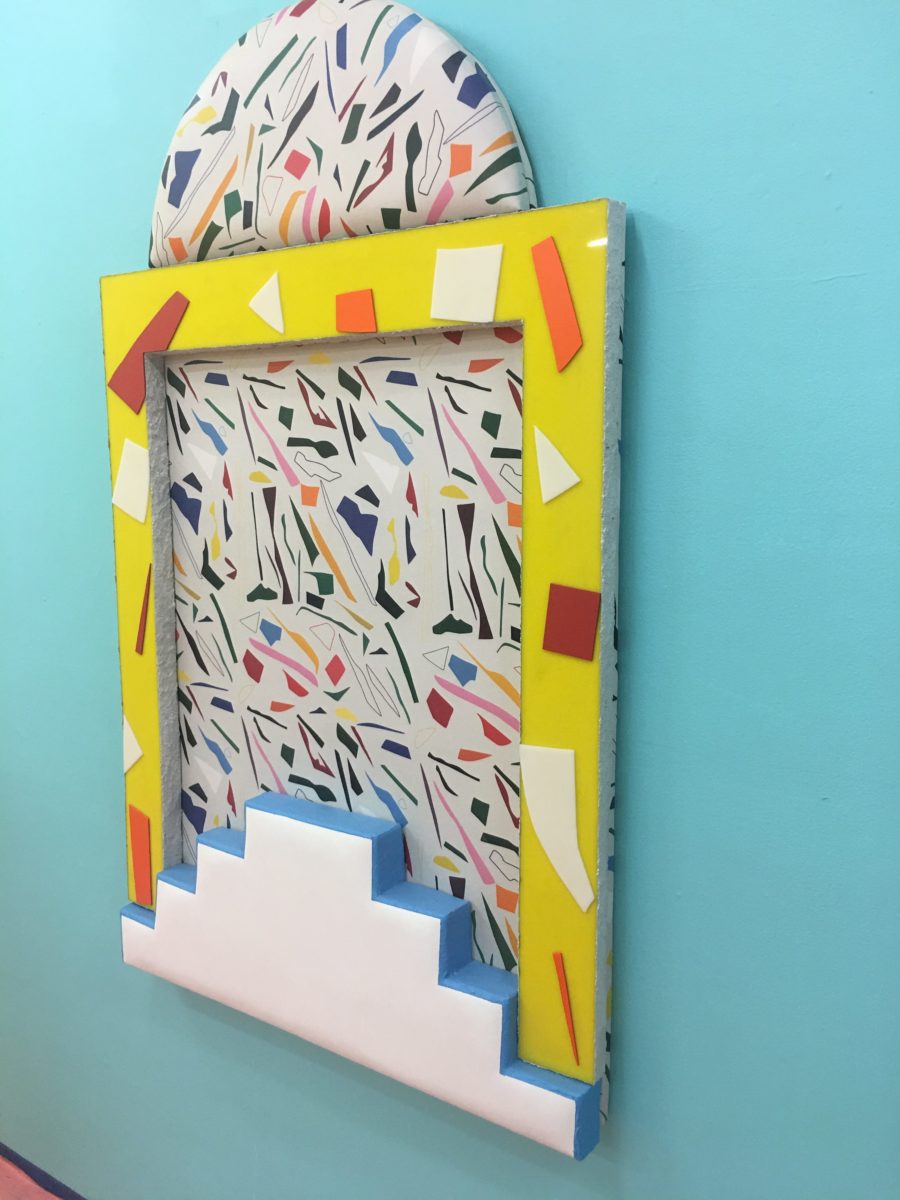 “It represents three processes I work within: rectangular and small-scale wall-based constructions, and more recently, large-scale free standing sculptures. The “Number One Song in Heaven” series includes arches that are reminiscent of Swahili architecture, and entranceways in general, but also reference a window.” The show contains “lots of architectural geometry,” she said, “and also references to public spaces such as waiting rooms, movie theaters, and casinos, complete with an outdated, yet irresistible, aesthetic.” Her playful and almost whimsical creations reference and expand upon her influences—artists like Ruth Root, Noam Rappaport, and Italy’s design collective, The Memphis Group. About the patterned fabric woven through some of her work, she says, “I hand-print all of my fabric, which is something a lot of people don’t know. They think I’m finding this unlimited vintage fabric somewhere—I wish I could score that hard!” 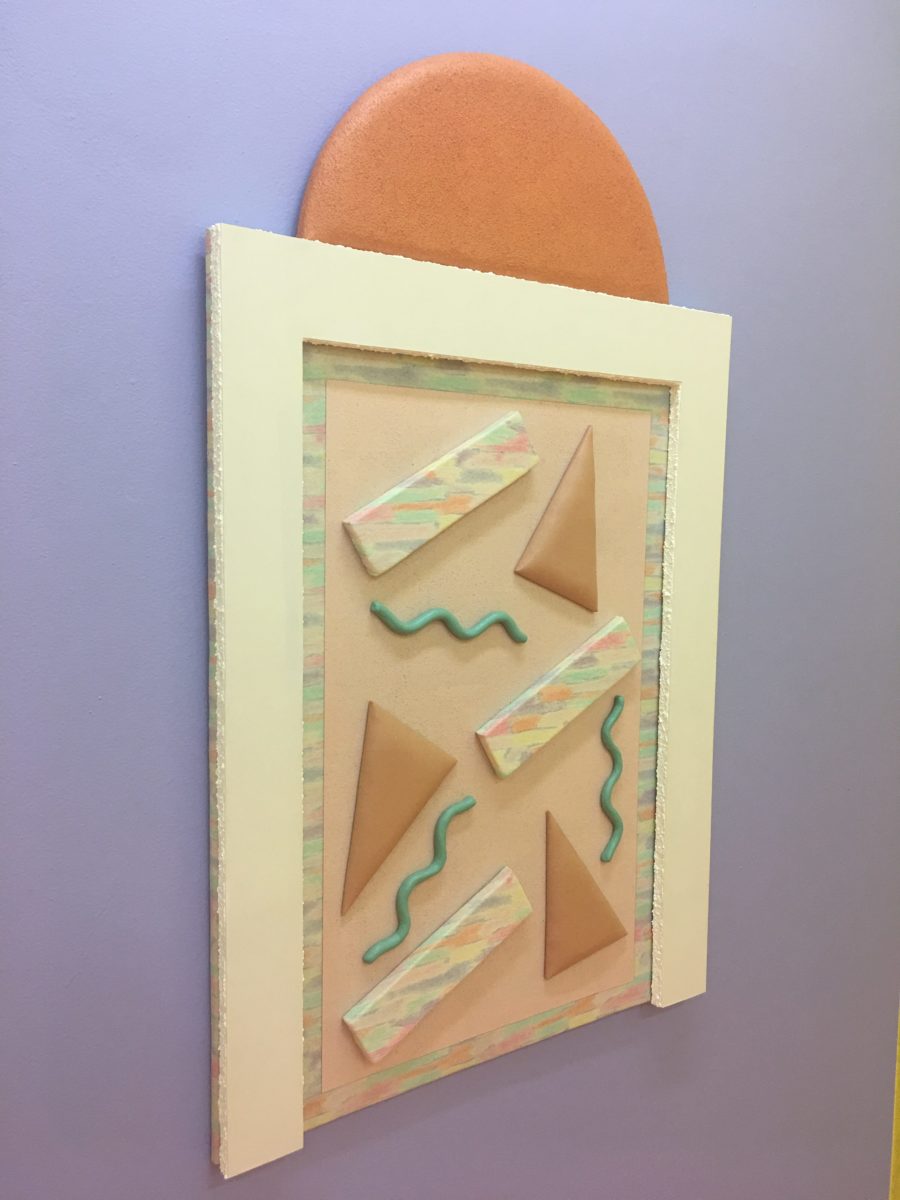 Leah has also created her own visiting artist residency in Brooklyn, The Maple Terrace Artist Residency, at her live-work space in historic Prospect-Leffert Gardens, which helps visiting artists navigate New York. “Some people are intimidated by the cost of living in New York,” she said, “or just in general. And I just wanted to show people that New York isn’t as scary as it seems, and it’s kind of doable, and that the art-world here is all-encompassing and very diverse. So I try to set people up with studio visits of artists they might be super-intimidated by, and people they might become best friends with, just a whole range, so they can see that there are a lot of entrances into the culture that we have.” 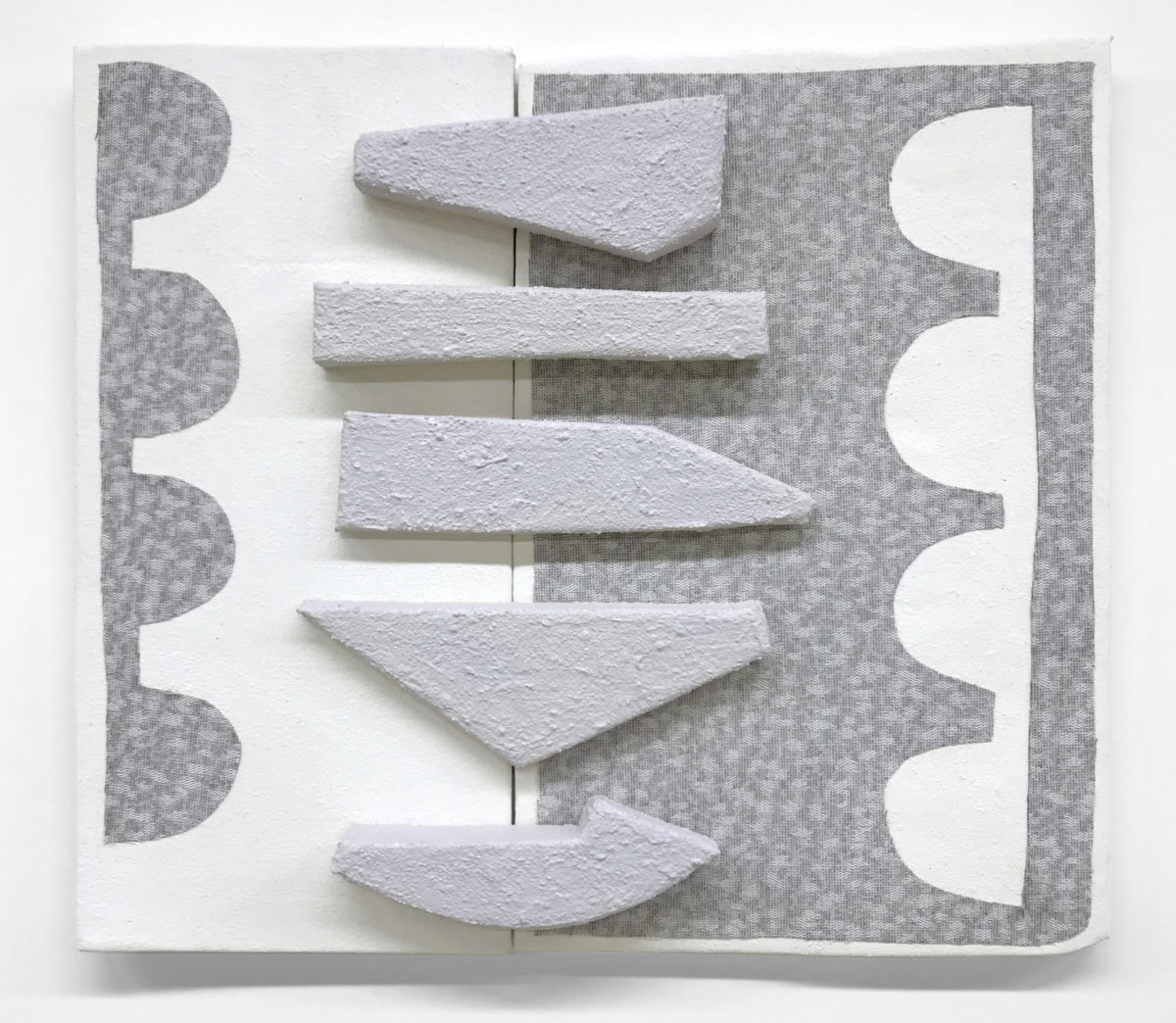 View from the Roof, 2018
acrylic, upholstery, fiber paste, and canvas on insulation
board
15 x 17 x 3 inches
Courtesy of the artist and VICTORI + MO

Leah Guadagnoli’s generosity of spirit is reflected in her work, as is her devotion to her craft and dedication to technique. For this 28 year-old from Plainfield, Illinois, the New York art scene appears to be the perfect home.