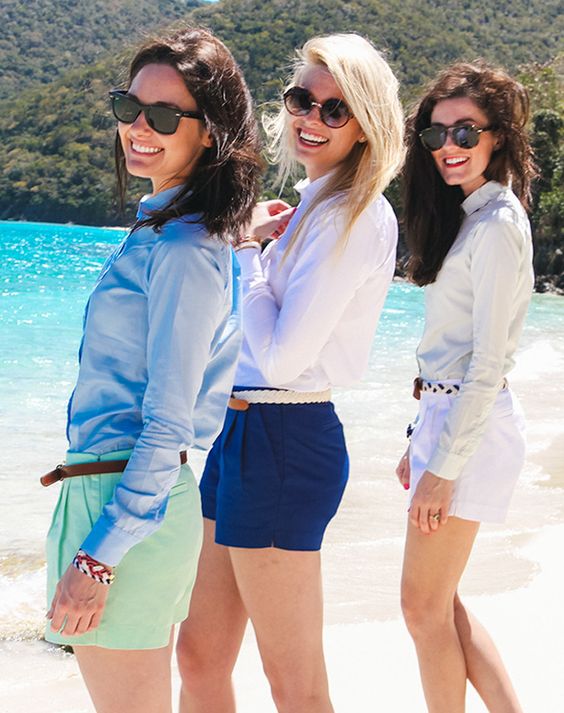 Like so many companies of late that have had to face a “slight retooling” in order to keep up with these increasingly easily offended times (whether that means being more “all-inclusive” in terms of sizing and genderlessness), J. Crew is the latest to fall prey to that thing that has been kind to some and merciless to others: le vingt-et-unième siècle.

Here to help J. Crew attempt to shift its reputation is James Brett, who took over J.Crew Group Inc. from Mickey Drexler after a particularly bad year that confirmed an even more official blight on the prep aesthetic–and all it represents. Of course, a contempt for the “richie” or “yuppie” as John Hughes and Bret Easton Ellis characters of a certain lower class made very evident has long been present since the coining of said words at the height of disparate decadence in the 1980s, when the middle class all but seemed to be a myth unless one heard that they liked to watch Dynasty for even a slight taste of what it might be like to live well (even at the cost of getting smacked around by Jackie Collins). 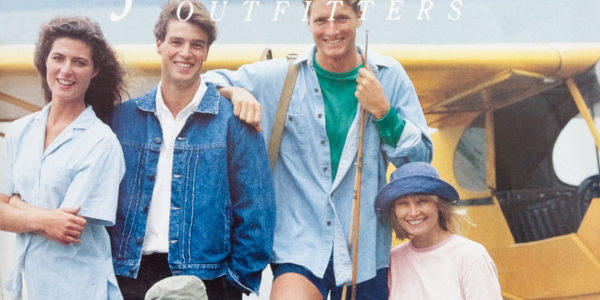 The American ideal, once upon a time, brought to you by J. Crew “Outfitters”

It only invoked further ire that preppies were so flagrant in parading their lack of street cred in pastel hues and effete tailoring (those short shorts y’all) that made them even more anathema to not just the gutter punks and the lower classes, but anyone else who would never deign to be so undisconcerted with coming across as a complete and total pussy–mind you, this was a time when “pussy” could still be used as a term to connote weakness without being offensive to women.

With the ascension of the far right into power as personified (though is Trump really a person?) by the Orange One, the J. Crew look and everything is stands for has perhaps become even more stigmatized, an undeniable emblem of a class that thumbs its nose at everyone else’s misfortune while having a gay old time on their yacht as they do it.

As Brett explained it, “We must reflect the America of today, which is significantly more diverse than the America of twenty years ago. You can’t be one price. You can’t be one aesthetic. You can’t be one fit.” Well, first of all, no. America is not significantly more diverse than twenty years ago, it’s just that white men have finally been forced by all the clamoring to acknowledge that they are not the only people that fashion should cater to. Secondly, the only reason Brett is claiming “you can’t be one aesthetic” is because, again, marginalized buyers are no longer standing for it and, apparently, now their money is essential to keeping the brand afloat.

Brett, who comes from fresh from success at the helm of West Elm, doesn’t exactly have an avant-garde strategy for getting people interested in the clothes again, other than “expand[ing] J.Crew’s assortment with more entry-level prices, as well as plus sizes and more fit options.”

So basically, J. Crew is now for the true average American: rotund and skint. While that might potentially drum up sales for an interim period in which the company tries to re-grasp its bearings in a sartorial climate that does not favor anything that someone in the Hitler Youth might support wearing, it doesn’t exactly honor what J. Crew will always be associated with: upper middle class banality. 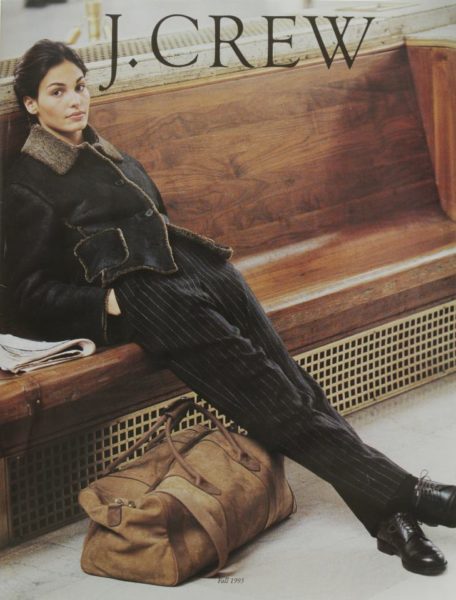 Running away from a desire to be upwardly mobile

And yet, as Brett phrased it, “We can’t be all New England preppy. Not everyone wants to look like that.” Well, no. But the whole point of a brand like J. Crew was that Americans once had the aspirational desire to be so–a mark of being on the up and up, of being “clean-cut” and Harvard-worthy. Now, what is their aspiration? If Yeezy being among the top selling brands of 2018 is an indication, it would appear “homeless chic” is the answer. Because, in truth, no one has any idea who the fuck they want to be or where they want to live in 2018, where every profession, every country offers various hellscape cons. The only thing J. Crew’s re-branding concretely iterates, then, is that we all hate conservatives with money. Maybe because we’ll never be them (or the part of them with access to a more desirable bank account balance).