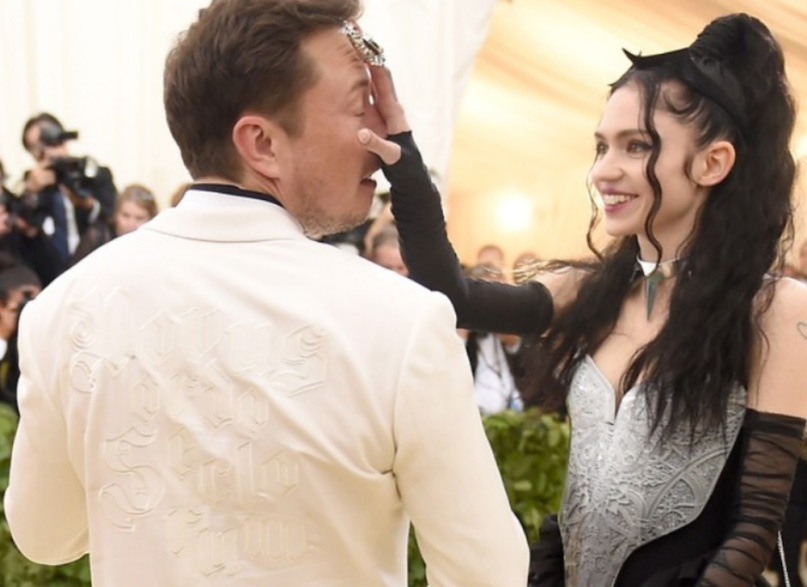 Grimes (Christian name Claire Boucher) has never been known for folding to the what one would call the pressures of dating a douchebag once you become something of a pop star. Though she began as an under the radar MySpace musician starting in 2007, the level to which Vancouver’s own has ascended from lo-fi urchin to electronic powerhouse has been nothing if not an inspiration to girls working on music in their bedrooms everywhere. Kathleen Hanna would probably agree. Her vocal “tirades,” as some men might view them, about working in one of the most misogynistic industries in existence (despite the fact that there are probably far more women working in music) also seems antithetical to her latest life plot point: dating Elon Musk. The news, which comes on the heels of her vagina-loving collaboration with Janelle Monáe (whose most recent album, Dirty Computer, picks up where Prince left off), “PYNK,” seems to be yet further proof that we are living in a simulation. While sure, Grimes is a technology lover, does it really need to bleed into her bedroom desires as well? And if it does, can’t it be with Doug Jones in his The Shape of Water getup instead? 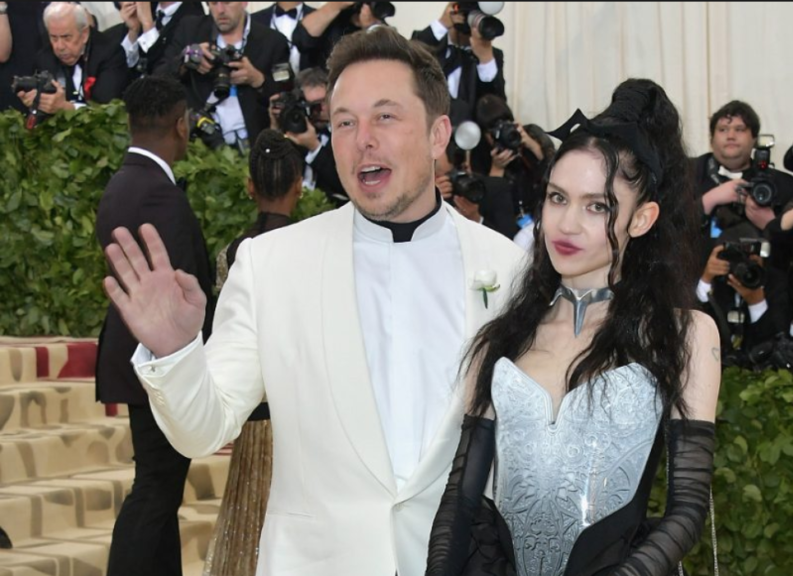 But before we get too verklempt about the present, let us remember a Grimes before the suit of pop star took hold. The unlistenable by radio standards Geidi Primes was the debut that launched her into mild notice in 2010 (that she released Halfaxa just eight months later was also pretty noticeable), though it wasn’t until 2012’s Visions (recorded over a three week period in her Montreal apartment with GarageBand) that Grimes was launched into the forefront of 4AD’s indie darlings–though Grimes certainly doesn’t feel any warm and fuzzy feelings toward the label for “giving her her start.” It was around this time that Grimes began to be more expressive about her contempt for what music producers assumed they could make better with her as “the face.” As she commented on the most serious of all platforms, Tumblr, “I’m tired of men who aren’t professional or even accomplished musicians continually offering to ‘help me out’ (without being asked), as if I did this by accident and I’m gonna flounder without them. Or as if the fact that I’m a woman makes me incapable of using technology. I have never seen this kind of thing happen to any of my male peers.” And certainly not toward the lauded Musk, whose recent launching of a Tesla on his SpaceX spaceship to Mars only saw him garner more praise. Some, however, are still aware that most of his motivations are driven by ego, as evidenced by Bonnie Malkin of The Guardian describing the now illustrious photo of “Starman” as follows: “The photograph was beamed down to Earth courtesy of Elon Musk’s ego, bravado and taste for the absurd. It is human folly and genius rolled into one, a picture that sums up 2018 so far. Life on Earth feels precarious, so we look to the stars.”

That Lana Del Rey (also a lover of cars in space), who has long been on the dick of Elon Musk and his many-splendored “rocket” is telling of his cachet with a certain kind of “cerebral” woman. Incidentally, Grimes was the opening act (after Courtney Love during the first leg, that is) for LDR on her Endless Summer Tour in 2015, though she’s clearly become a star now in winning the prized pig. Musk’s history of dating women like B-rate actress Talulah Riley (who married and divorced him twice) and Johnny Depp survivor Amber Heard only makes his segue into the music world feel like a natural, if not contrived, trajectory. Oh, and besides, he already ticked off sci-fi writer with his first wife, Justin Musk–also Canadian. Elon certainly is predictable with what turns him on. 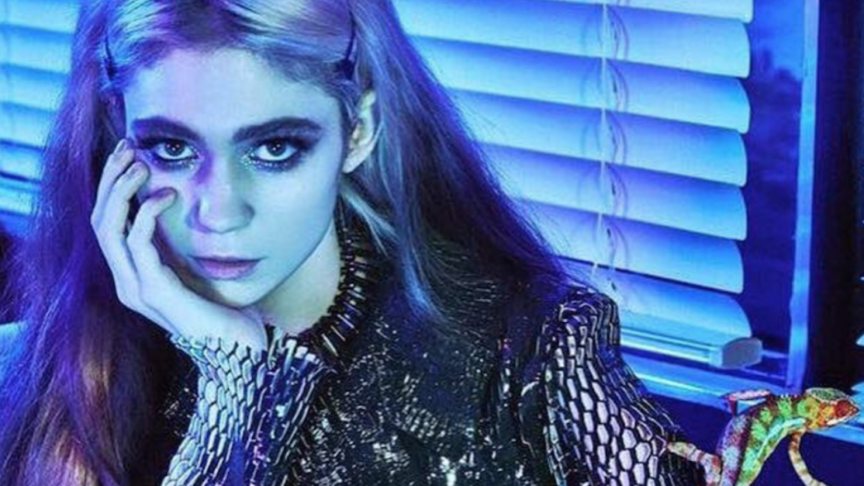 Thinking about what hell she hath wrought

Being that Grimes was raised as a Roman Catholic, perhaps there was some poetic meaning behind debuting her scandalous relationship with Musk at the Heavenly Bodies: Fashion and the Catholic Imagination-themed Met Gala. But there is, in truth, nothing holy about this alliance. Unless, of course, it results in the first concert and/or music festival on Mars, which one wants to believe is Grimes’ master plan behind it all. That or using the power of her feminine wiles to suggest a line of male sex robots to Musk as there is still this void in technology to fill–and the cry is only getting stronger as women reconcile evermore with a certain lack in flesh and blood males. On that note, the name of the sex robot offshoot of SpaceX could be called, in honor of Grimes’ single, Flesh Without Blood Robots.