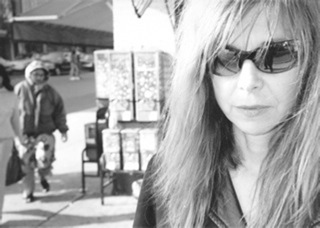 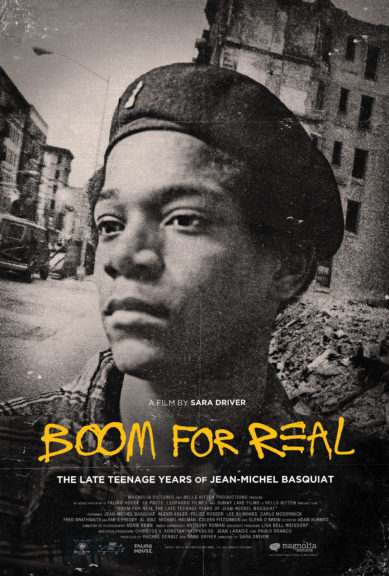 Sara Driver is one of the most relevant and underappreciated filmmakers of a generation. Take Boom For Real: The Late Teenage Years of Jean-Michel Basquiat, her documentary piecing together the life of an artist and friend before he became famous. Driver who has witnessed decay and regrowth in New York City since being a grad student at NYU circa Jim Jarmusch (her romantic partner) and Spike Lee (her contemporary), started the project after Hurricane Sandy and the Magnolia Pictures release opens today. She talks about what instigated the film and why it’s so difficult for women filmmakers to make relevant films and mostly It really is a moving portrait of a developing artist as a young man coming of age in New York City in a world that wasn’t ready for him and where he wasn’t ready for the dark side of fame.

On what made Driver want to make Boom for Real:

Sara Driver: I think the film was kind of instigated with this interest, curiosity about [Jean-Michel], and he’s been so mythologized. I thought, I have the ability to show where this artist came from because of all the people I know and because I was there, and because it nurtured me, Jim [Jarmusch], Luc Sante and everyone too, this kind of bombed- out New York that we were living in, and really inspired all of us. I think it’s rare that you get to see a portrait of an artist and where they actually gathered their ideas and got their nurturing from, with living people.  I remember Alexis Adler saying to me, “We’re the witnesses. We have to tell the story.” 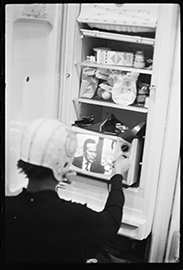 There have been academic books written about Jean that have nothing to do with him or where he came from. And I saw that when I saw Alexis’ collection for the first time, her archive and her photographs, ’cause he was so transient during those years. The only other person I know who really kept things was Glenn O’Brien from that period, who really recognized that he was somebody … I had an interview with Glenn that’s not in the film where he says, “As soon as  I saw [Basquiat] put down a crayon on paper, I knew he was an amazing artist.” I think Alexis and Glenn both had tremendous respect for this 18-year-old kid and his very big brain and his talent, and he couldn’t stop drawing or putting things together.

Jean was also a great connector of people too. He also had that gift. I remember going to a dinner, this was his 24th dinner in December 1984 with Andy Warhol.  Tom Waits and his wife, Kathleen Brennan, were there and his girlfriend at the time and John Lurie and me and Jim. It was the first time we met Tom Waits. And then Jim, seeing him sitting next to John Lurie was like, oh my God, they have such great faces, I’ve gotta do something. And then we met Roberto Benigni like a month or two later, and then Jim wrote the whole script for Down By Law in two weeks. At a friend’s apartment in Rome, right after we met Benigni. So he was also bringing people together too, Jean.

On artistic choices in the film:

SD: We actually looked at a three hour cut of the film. It became very clear seeing that to stick to just these specific years between 1978 and ’81, to keep the film within that period and right before he became famous.  After [’81 that] story’s been told already, in Radiant Child and Basquiat, that Julian Schnabel film. And also New York changed. Everything changed after ’81. 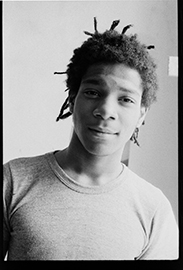 All of a sudden the real estate boom happened, Reagan was in power, we had crack everywhere and people were dying very quickly. AIDS suddenly … I mean AIDS was around but we didn’t have a name for it yet. We didn’t know what it was. It just seemed like it was weird zeitgeist years, from ’78 to ’81, of these kinds of gathering of these young artists downtown, creating together. And that’s what I really know. Once he becomes famous, he lost touch with a lot of his friends. I wasn’t really interested in following that because also there were a lot of sycophants around him, drug dealers around him, a lot of people … It got very messy after that, and I didn’t really want to enter that mess.

On the Burden of Fame:

SD: Look… look what he did … I mean, I think it’s so funny when Patricia Field [the designer] says that Jean was like, “I want 10,000 for that one and 15,000 for that.” He knew his value. It’s a huge weight when you’re a commodity, you know? And I think Jean, I think he realized, he was very smart, and he realized that he was a commodity, and I think that was very hard for him.

On the idea that drawing a salary as a female director makes her a dilettante:

SD: I remember when I was going for financing for this film, and a very, very rich woman was interested in possibly financing it. She looked that I had a small amount in the budget for my salary, and she said, “You can’t have that. You can’t have a salary.” And then I was talking to somebody from Women Make Movies, and she said that happens all the time, where they say the director cannot pull a salary… it’s supposed to be my privilege that I would be given money to make what I wanted to make. It’s like a dilettante thing.

On what surprised Driver while making Boom for Real:

The one thing I really found out making the film was how Jean-Michel picked his own school essentially, with the way that the people, the caliber of people he picked when he left home and was sleeping on 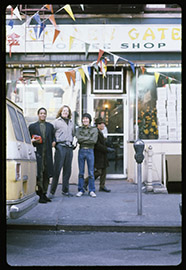 different people’s couches and floors. For example, Alexis was at Rockefeller University, Felice Rosser, both recent graduates from Barnard, and Jim and Luke were recent graduates from Columbia. Then I found out from Kenny Scharf that Jean used to pretend that he was a student at The New School and would sit in on classes, and that’s how he met Kenny and Keith Haring.

I always knew that he was somebody that absorbed ideas.  I think the way he was really searching [for]mentors as all these people were four years older than he was, is really fascinating and shows how incredibly intelligent he was. Also, about his writings too. I think he was a very advanced poet by the time he was about 18, and the way he used words and even put words on pieces of paper that Alexis has in her archive, where he’d only put two lines and then he’d scratch something out. It was very deliberate, how he placed things on a scrap of paper, this sort of incredible aesthetic with words and images. People don’t really ask me that much about him as a writer, and I think that that’s one of the great gifts of his paintings too, is the writing that he uses on his paintings. 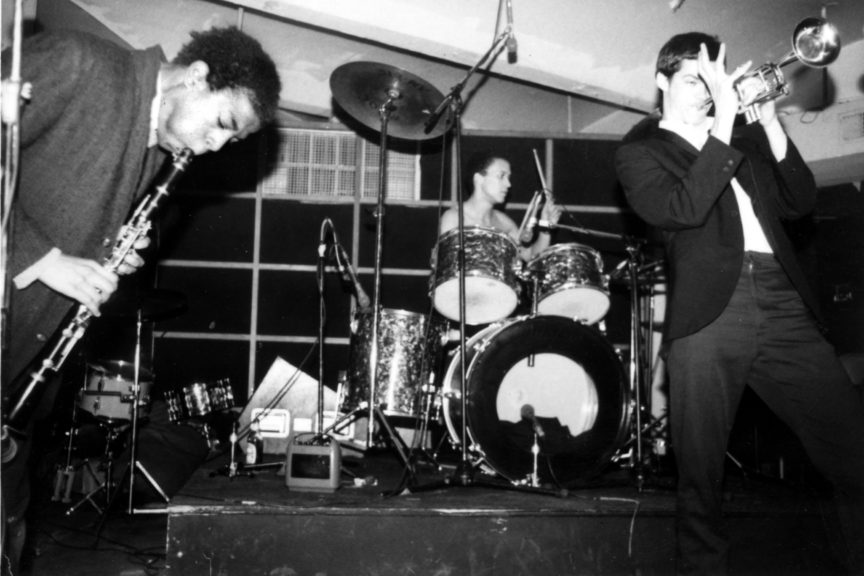