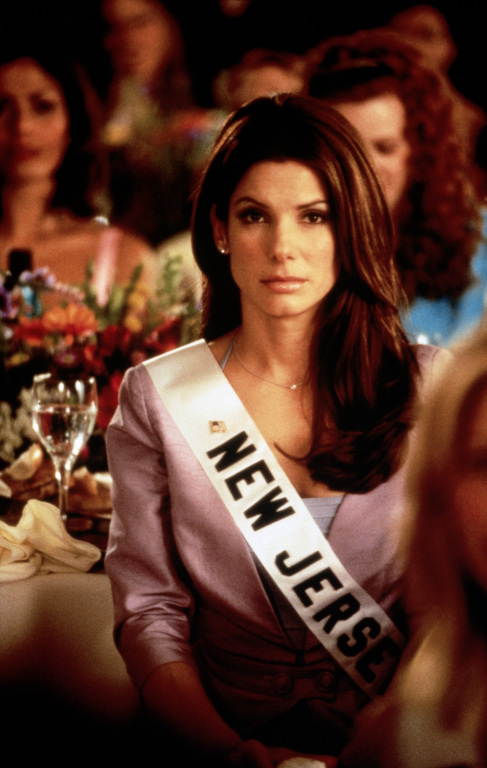 It would be a proud day indeed for one, Gracie Lou Freebush a.k.a. Gracie Hart (Sandra Bullock), to learn that the Miss America pageant has eliminated the key aspects of what constitutes conventional beauty: the swimsuit and evening wear portions. And while former Miss America winner Mallory Hagan might have a point about the “fat-shaming” ridiculousness of being able to compete (as she wrote in her personal essay for Vox, a volunteer for the Miss America organization told her when she was fourteen, “If you would have just lost 10 pounds, you would have won”), there are certain standards of beauty that shouldn’t be eradicated because of twenty-first century political correctness. In fact, should be cherished and preserved more than ever as we go down the rabbit hole of the third, fourth, fifth and millionth gender.

Long a source of contempt for “true” feminists, the Miss America pageant has never made any bones (despite giving many boners) about what it is and how it objectifies. That was what made it, in part, an American institution. A final symbol of that patriarchal male society that was at its cliche zenith of being unchecked in the 1950s. And, as we all know, there is nothing chic about the 50s right now unless you’re grasping at straws about how Lucille Ball was an OG in the game of strong, empowered women working within the system to fuck it up.

That the Miss America competition began as a “bathing beauties” contest in New Jersey pretty much already speaks to the fact that this social change element of the endeavor has only been played up in recent decades to attempt to remain relevant. And now, the need to cling to that relevancy has officially plateaued. The Miss America pageant without a swimsuit or evening wear segment is like Playboywithout nudity: merely a former husk of itself that has surrendered Dorothy to the pressures of not being exclusionary or offensive in the present epoch.

As Hagan explained, “In place of the swimsuit and evening gown portions of the competitions, there will now be an ‘onstage interactive session’ with the judges where contestants will discuss their ‘social impact initiatives.’ This is long overdue and a step in the right direction for the Miss America competition, whose goals include empowering women through leadership, scholarship, and service.” The hollowness of this gesture in the face of the fact that it will still be “pretty women” making their cases for social activism almost makes the contest feel even more meaningless. If one was truly to retool the pageant for the sake of espousing non-misongyny, why not get Cher and/or Bette Midler to host it every year and make the women engage in a physical prowess competition? Shouldn’t women be as strong as men, after all?

Only mentally, it would seem, as Hagan continues, “Miss America is an advocate, a speaker, a scholar. She’s not a bikini model, and it’s high time we showcase that in our telecast, so when the audience hears the brand’s iconic song, ‘There she is…’—they’ll get it.” Sure, that’s a utopian thought. But the fact is, America does not give a fuck about social issues, not really (unless there is a cash or accolades incentive at the end of the tunnel). That’s part of what has made it both the best and worst country in the world. It is about facades, image, projecting a lifestyle. It is, above all, about pursuit of self-amelioration. And fuck the rest unless they can add to your number of followers, right? (by the way, this was a very succinctly laid out American girl need in Scream 4 [that’s right, I watched it], in which Emma Roberts gave one of her best performances declaring, “I don’t need friends, I need followers”).

Look, not to sound like the type of woman who voted for Donald Trump and supports Rupert Murdoch publications (yes, The New York Post‘s article was: “The Lunacy of Kicking ‘Beauty’ Out of the Miss America Pageant“), but there is something to be said for keeping the concept of objective beauty in this particular contest. If for no other reason than it weeds out a lot of mediocrity. Because it’s true, uglies can be pretty mediocre–mainly because they clearly couldn’t rise up in the ranks of capitalism to afford corrective surgery. That, and it’s scientifically proven that attractive people are more intelligent anyway (despite that dumb blonde stereotype that dumb blondes have been wielding to their advantage ever since Marilyn Monroe). But no, instead the Miss America organization would like to go against all of its original gumption and aid in allowing the meek to inherit America. Those who have been jealous and covetous of beauty and apparently not aware of how much work it actually takes and how much, as Beyonce put it, “Pretty Hurts,” can now have their cake, eat it and sit on their fat ass watching contestants pontificate about causes that might mean a lot less to them if there wasn’t a cash prize billed as a “scholarship” being offered up.