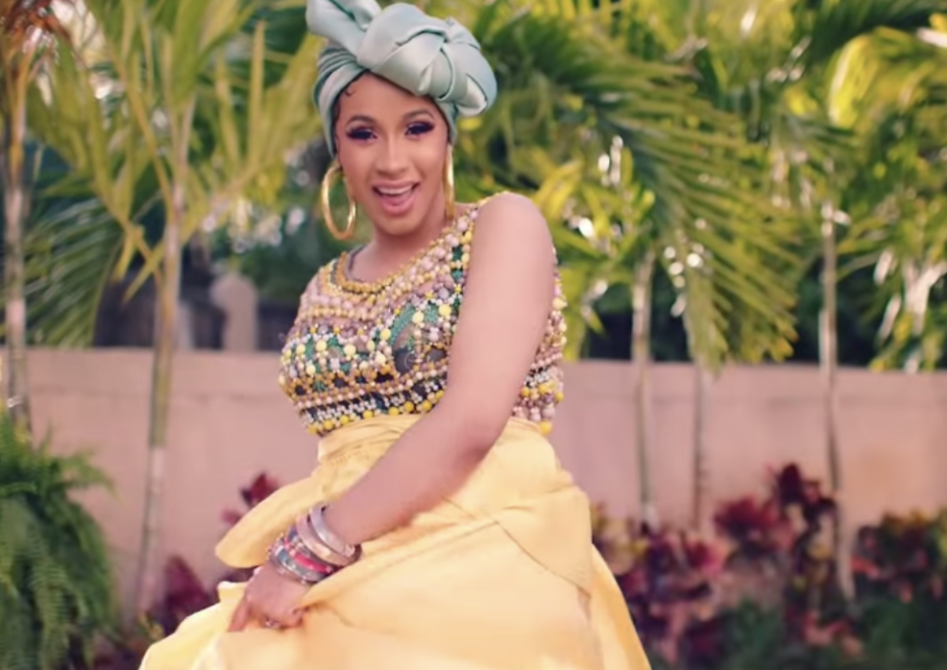 The primary source of all contempt for Cardi B, it would seem, does stem from this notion that she is playing a caricature (to borrow the callout from Azealia Banks). And, I guess, if you have ears, that the majority of her music is very, very bad. The kind of bad that will likely take IQ points away from you, most especially if you’re blasting the music in headphones in such a way so that it infiltrates your mind in an even more abrasive and direct manner. In any case, the sound of the overtly sampled “I Like It” (though so many Cardi fans won’t recognize the sample) is very much an example of this. And while the video for “Be Careful” was merely a ripoff of Kill Bill and Jhené Aiko’s narratives, it was at least interesting to watch–and on an aesthetic level, too.


With the latest Eif Rivera-directed video, however, Cardi implements a practice that Nicki Minaj couldn’t quite get away with: cultural appropriation. But then, Cardi’s Latin roots (her father being Dominican and all) are much more direct than Minaj’s Asian ones, which is, one supposes, why we can forgive her dancing around dressed like Carmen Miranda’s Chiquita Banana Girl for the majority of the non-plot oriented scenes. Plus, growing up in The Bronx and Washington Heights makes “cultural appropriation” something of an inevitability.

And on that note, for an added Latin infusion, Cardi brings Puerto Rican Bad Bunny and Colombian J Balvin into the mix to help her drag herself through the video with the distractions of colorful headpieces and free-flowing dresses–not to mention plenty of neon signs and flags. As each rapper plays their part in very literally careening through the lyrics, one wonders if Cardi can ever be capable of making a video more interesting that her commenting on Fire and Fury at the 2018 Grammys. However, in yet another instance of bad writing from Stereogum (see: beef with Lauren Mayberry of CHVRCHES), the video’s banality was justified with the line, “Sometimes, a goofy and fun music video is exactly what the world needs.” Is it? Is that really exactly what the world needs, “the world” referred to being America, already so oversaturated with non-thought-provoking stimuli as it is?

To that point, it appears as though many scenes were stolen from the cutting room floor of Dirty Dancing: Havana Nights; the entire feel of the video is generic–we could literally be on any “Latin street”–from Miami to the Bronx to Havana. Anywhere, Latin America, as it were–as though we’ve put on Trump-vision goggles from the second he leaves his Trump Tower nexus. But then, maybe this is Cardi’s intended point (though one does wonder if she’s capable of intention, especially after being a party to that wretched Rita Ora single): to show us all that the streets are filled with sensual jubilance only when white people are not populating them–which can tend to happen very often, as they’re always in Ubers. Otherwise, there really isn’t much of a takeaway from “I Like It,” apart from the obvious fact that all you need is a beat from someone else’s song, a bit of nondescript gibberish (e.g. “Yeah they call me Cardi B, I run this shit like cardio/Oh, facts”) as lyrics and you’ve got yourself a summer anthem. In short, something to envision yourself listening to as you run through the spouting water of a fire hydrant while in Washington Heights because you thought the Golden Girls-themed cafe was still open–probably only running because you’re a “snowflake” who is not welcome in the neighborhood of the Domincanos. Nor should you be listening to Cardi B if you’re the type of white person in Washington Heights for the now defunct Rue La Rue Cafe.