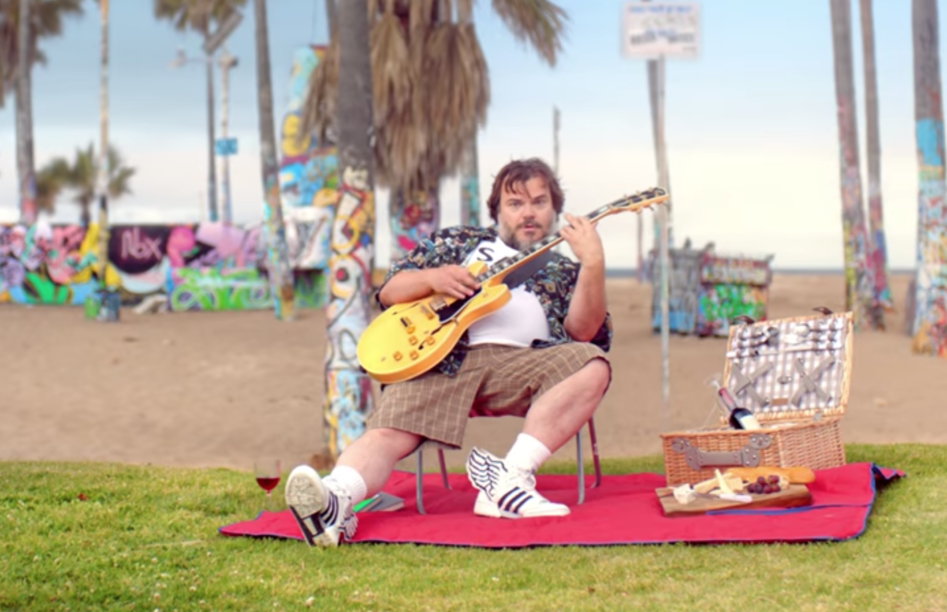 Gorillaz has always been known for their occasional veerings toward the style of “chillwave” (the miraculously not spelled with a “z” at the end “Empire Ants” featuring Little Dragon being one of the best sonic examples). And with the upcoming release of The Now Now, the animated quartet consisting of 2-D, Russel Hobbs, Noodle and, at present, Ace (filling in for a jailed Murdoc) has sought to revisit that side of themselves with more than a tincture of the lazily upbeat that goes hand in hand with the cliched backdrop of Venice Beach. Not to mention the cliched act of rollerblading that is apparently forever timeless in this milieu, yet a symbol that you haven’t let go of the 90s in any other city.

Too cavalier to care

Mercifully for 2-D, rollerblading is still a viable means of transportation in this nexus as he strides effortlessly past palm trees, other less adept rollerbladers and, for some reason, Jack Black playing guitar. It is this latter phenomenon of the video that nails the “chillness” over the head with perhaps too much bombast–for what’s more comfortable with sloth than the mascot that is School of Rock‘s fake substitute teacher? The only moment at which things get mildly “serious” is when 2-D slides by a series of posters that ominously beg, “SAVE US FROM HIM.” I think we all know who that means (though there are many dark male forces in the world at present, one continues to stand out above all). But soon, it’s back to those carefree beachy vibes as bodybuilders pose, Noodle plays a game of chess with a man inexplicably wearing a rice hat and Ace knifes a basketball belonging to two would-be teammates wearing pink shirts that read “Vulgar” across them. Sadly, however, there really isn’t anything all that vulgar about this video–at least not in comparison to, say, “Saturnz Barz” off the Humanz album. Then again, the sight of Jack Black doing anything can’t help but possess a tinge of the grotesque, particularly when he’s supposed to be pantomiming George Benson’s guitar part. At one point, a man with a sign promising “Super Shitty Advice $1.00” seems to be what Gorillaz heeded when making the video, but it could also very well be a testament to their directionlessness at the moment with Murdoc being in jail. Or maybe, just maybe, it’s as direct as 2-D (but really, Damon Albarn) making a call to action for all of us to live more in the moment, singing, “I don’t want this isolation, see the state I’m in now?” 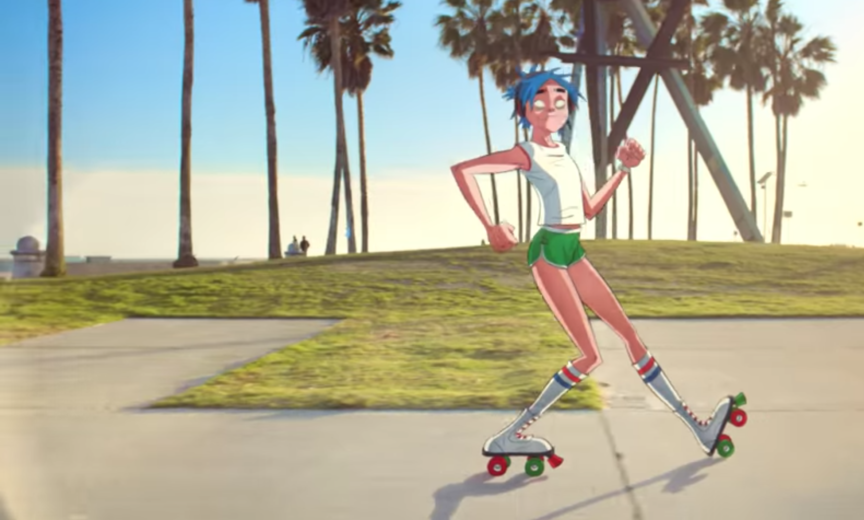 Rolling through this lazily conceived video

However, maybe a state of not being in the moment would have led to the quality surrealist narrative we’ve grown accustomed to seeing from Gorillaz as opposed to this rather trite concept of getting “back to nature”–as though L.A. could ever truly be considered as such.