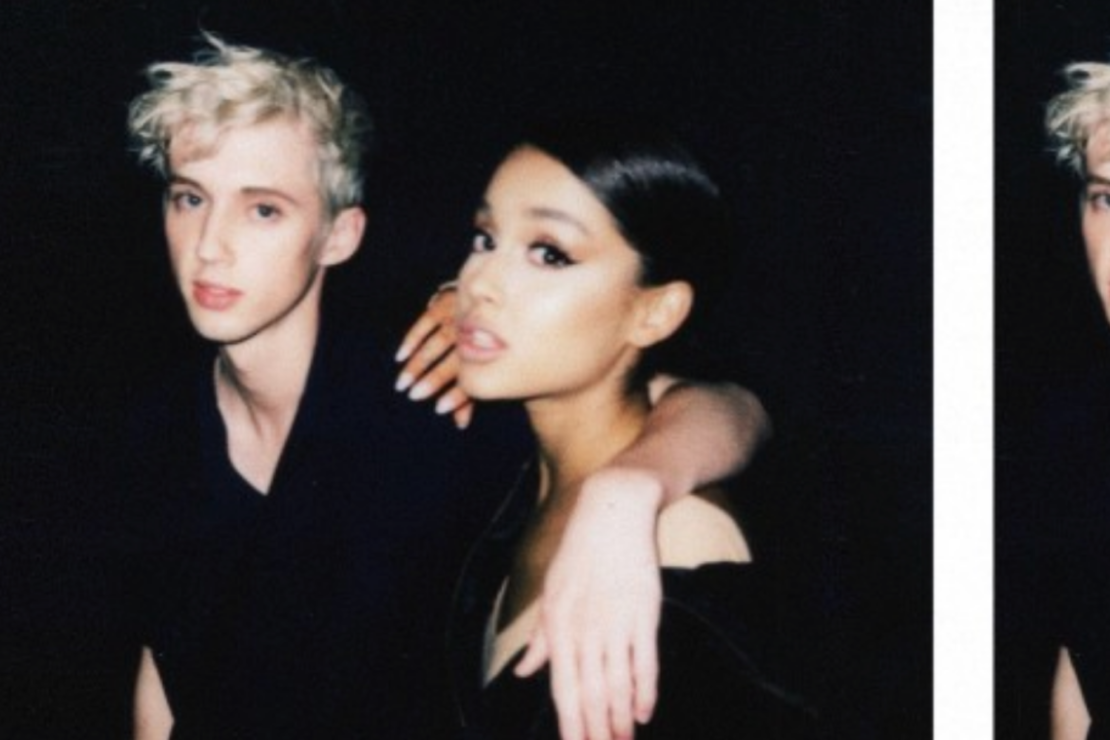 Just when you thought you were all stocked up on summer anthems between Drake’s “Nice For What” and Ariana Grande’s “No Tears Left to Cry,” among others, the latter sneaks her way in again via Troye Sivan and his latest single, “Dance to This.” Not necessarily intended to have a similar baiting title as Steal This Book, “Dance To This” is merely a snippet of the larger chorus, “We can just dance to this.” The sentiment behind it is, as Sivan nauseatingly put it, “…about that moment when you feel like you’ve been to enough house parties or events, and staying home and like, making out in the kitchen and cooking dinner sounds like a much, much better alternative.” That’s all very lovely and sweet, especially coming from a 23-year-old dating “it boy” model Jacob Bixenman. Because it’s so chic to settle into domesticity at an early age now–it saves time later when things fall apart and you have to start all over again. I suppose that’s why 24-year-old Ariana Grande is also planning to get married to SNL’s Pete Davidson after allegedly only dating for a month.


So yes, clearly this duo knows a thing or two about the sweet bliss of settling down, and the associated lack of interest in going out into the world at night where only creeps who couldn’t find someone to stay in with reside. That’s why Sivan and Grande have the confidence to tout of a relationship going down the path of staleness, “Oh, yeah, under the kitchen lights/You still look like dynamite/And I wanna end up on you/Oh, don’t need no place to go/Just put on the radio/You know what I wanna do.” There are a lot of problematic things to unpack in those lyrics, but first of all, aren’t you rich enough to have like at least Spotify Premium or Apple Music? What fuckin’ radio are you talking about unless it’s an overpriced antique one bought from some vintage store in Highland Park? But right, it’s supposed to appeal to our romantic and “dreamy” side, the one that tells us red roses and radios are just par for the course when you’re in love.

Sivan continues to reason with his non-gender specific lover, “You know we’ve already seen all of the parties/We can just dance to this/We can just, we can just/Dance to this.” Personally, if I was the person saddled with this ball and chain, I would probably just go out by myself to not only “mix things up” but keep the air of mystery that does not go hand in hand with being seen in your underwear in a non-sexual way. Meanwhile, Grande chimes in to promote Levi’s (I refuse to add the register mark) jeans for some unknown reason (because they’re as classic as love not lasting?), crooning, “Dear beloved, bring those 501s a bit closer, bit closer/And dear, my lover/Do that thing we never do sober, sober.” So, basically, the takeaway from this is even when you’re in a relationship and are supposed to feel comfortable, you end up being too drunk most of the time anyway to enjoy the purported benefits of sex while cognizant.

Sure to be a summer anthem, indeed–especially and ironically at most hostels–the song is at least attempting to throwback to a time when people were monogamous in their twenties. It must be all the subtle brainwashing of Trump conservatism. Hopefully, if you’re staying in with your “significant other” tonight, “Dance To This” isn’t the track setting the mood for your little love-in. Nine Inch Nails’ “Closer” is so much more intimate.