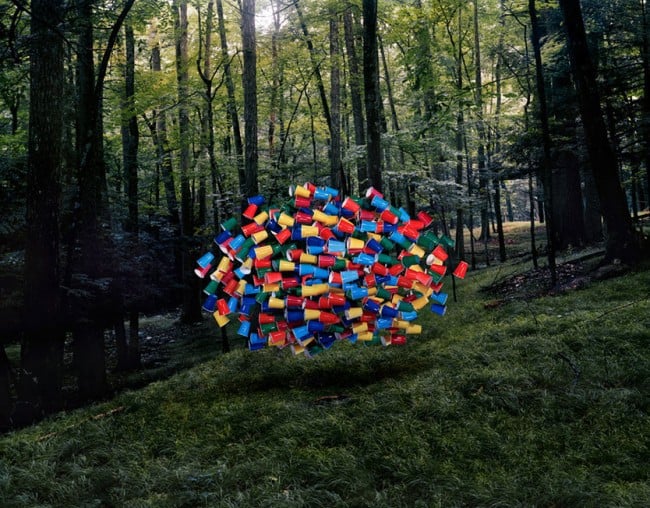 Visual artist Thomas Jackson blurs the line between the natural and the manufactured with his series, Emergent Behavior. See more of the series → here ←.

“The hovering sculptures featured in this ongoing series of photographs are inspired by self-organizing, “emergent” systems in nature such as termite mounds, swarming locusts, schooling fish and flocking birds. The images attempts to tap into the fear and fascination that those phenomena tend to evoke, while creating an uneasy interplay between the natural and the manufactured and the real and the imaginary.

Art the same time, each image is an experiment in juxtaposition. By Constructing the pieces from unexpected materials and placing them in environments where they seem least to belong, I aim to tweak the margins of our visual vocabulary, and to invite fresh interpretations of everyday things.” 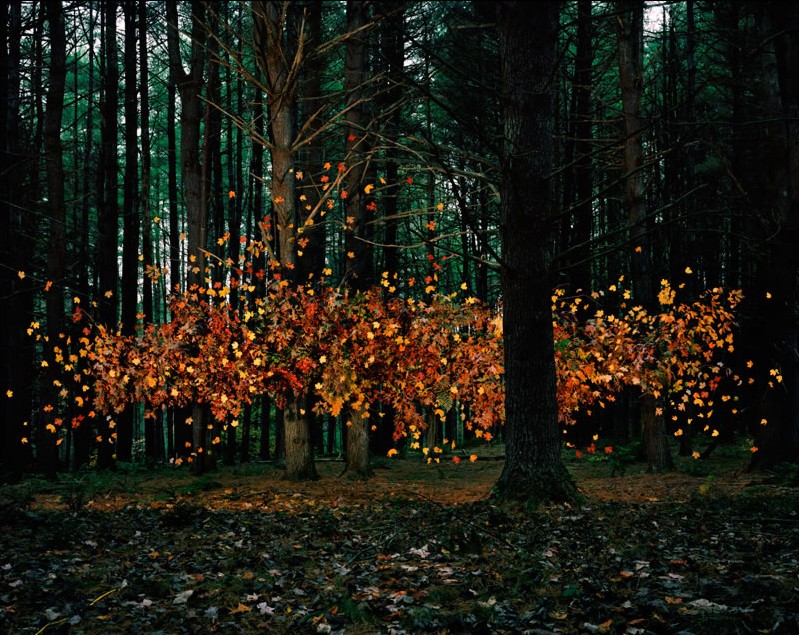 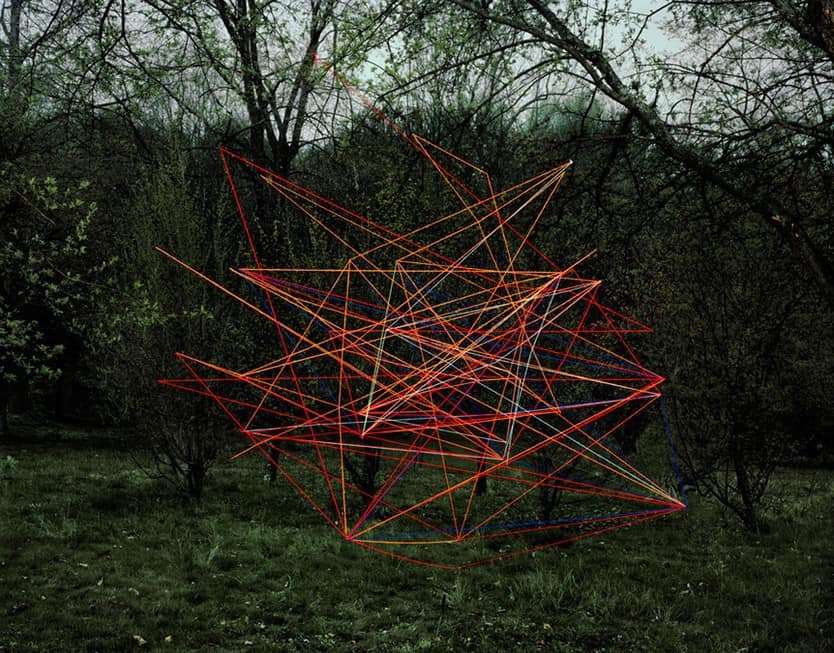 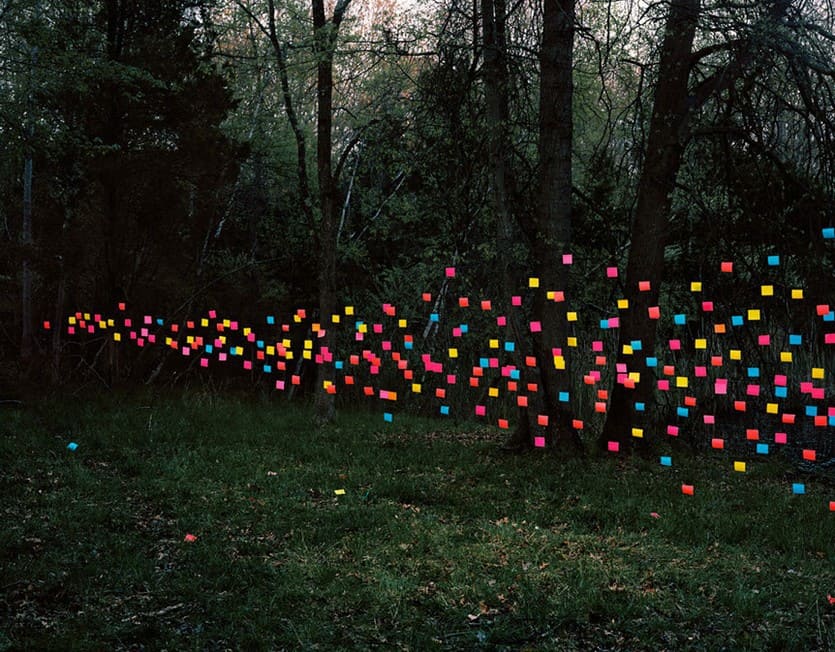 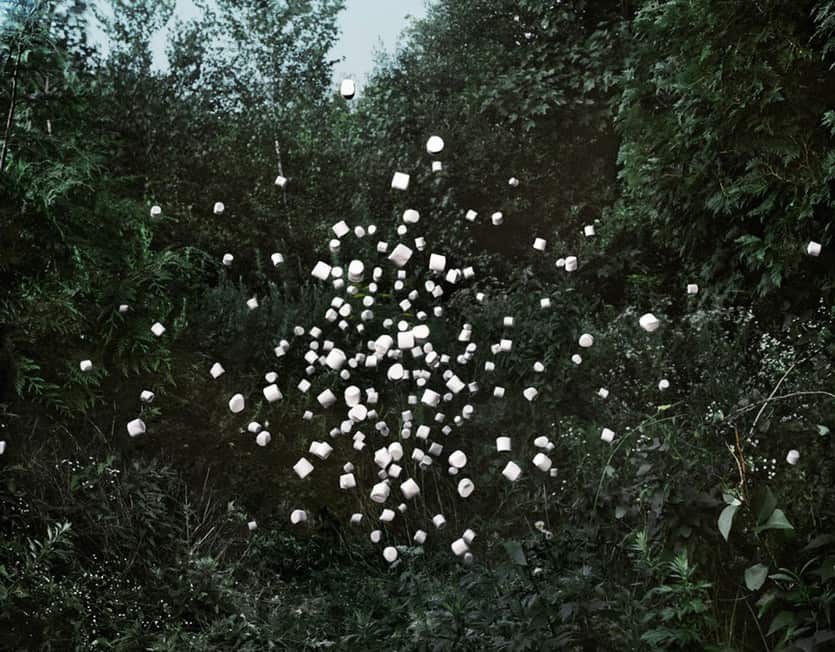 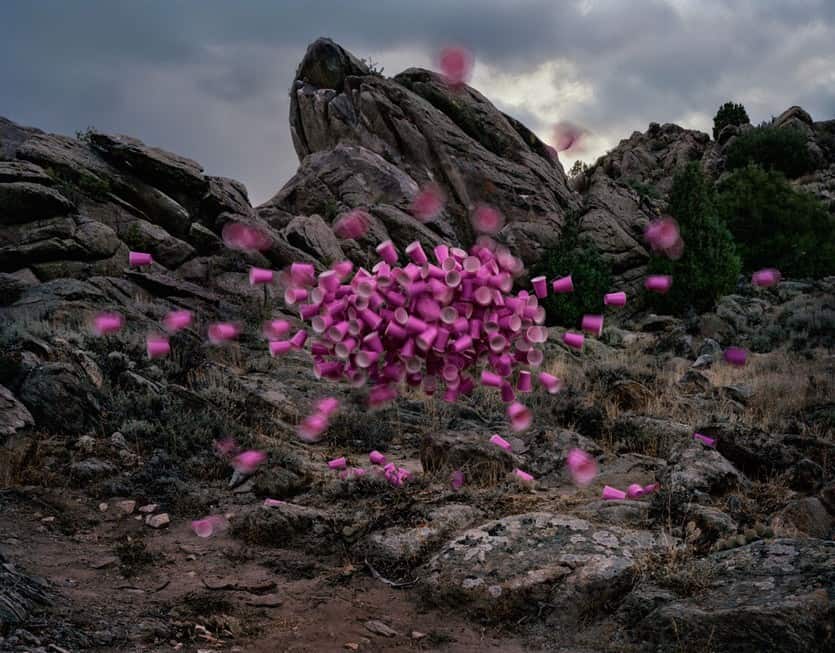 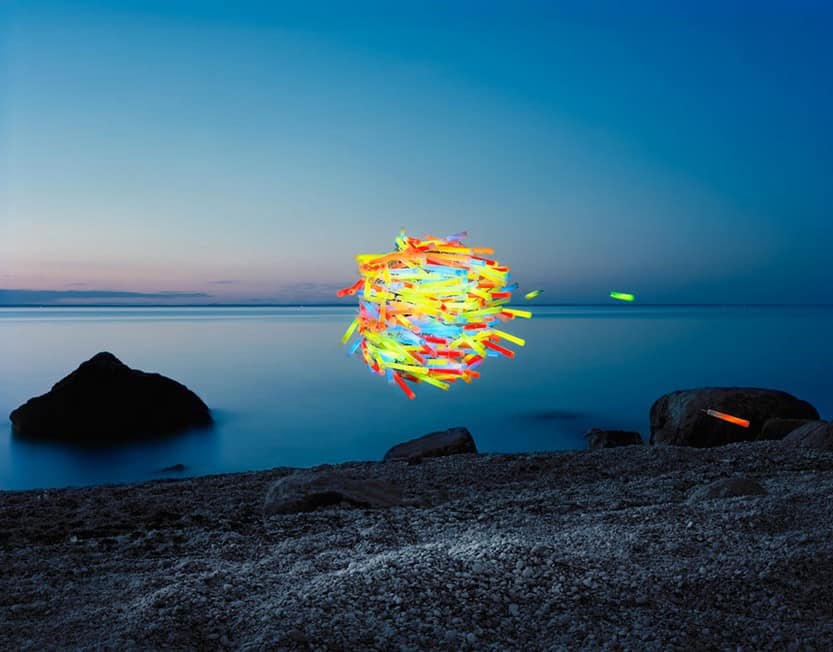 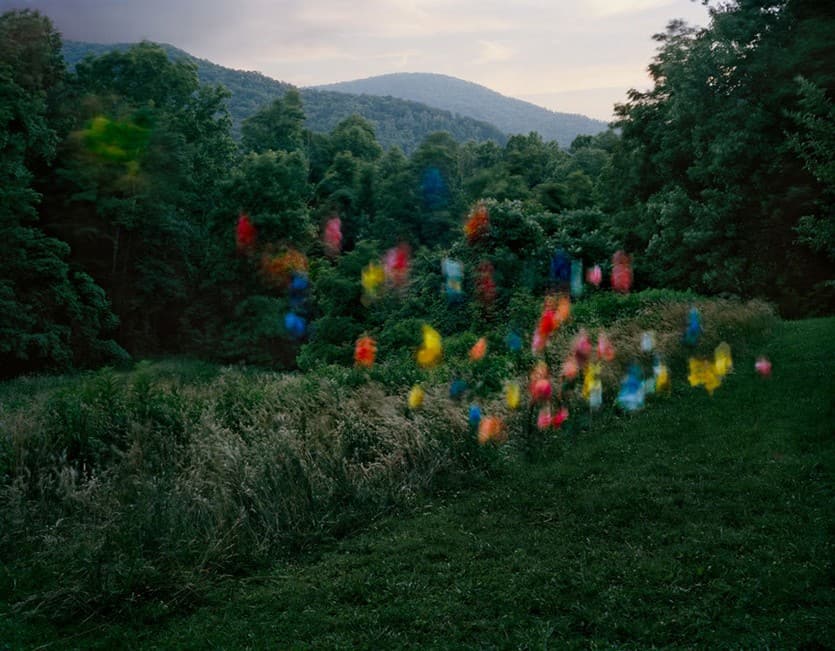 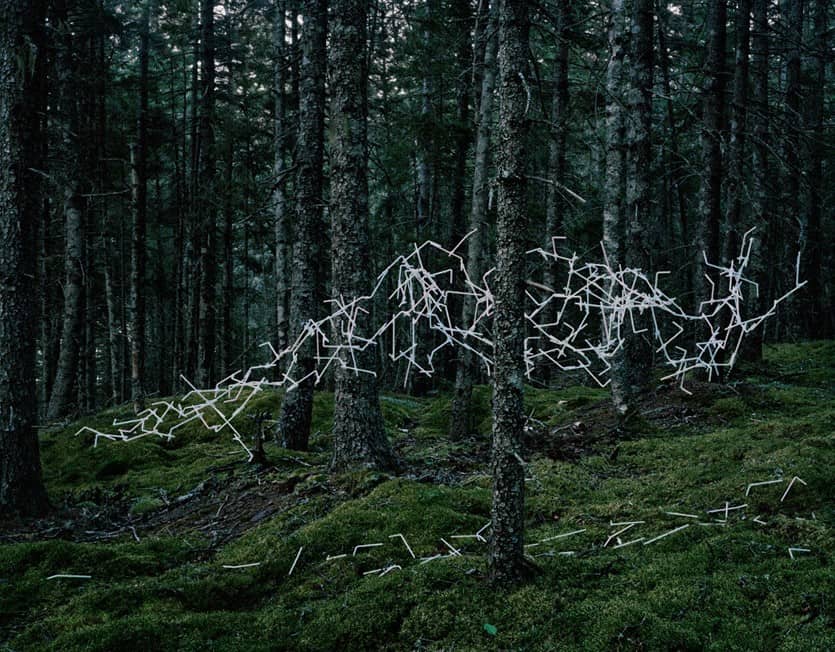 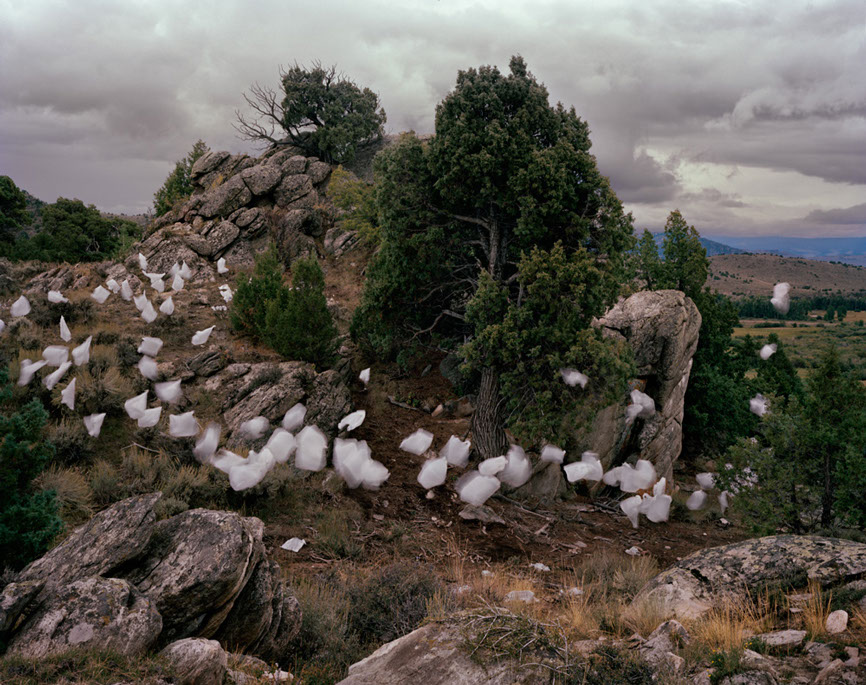