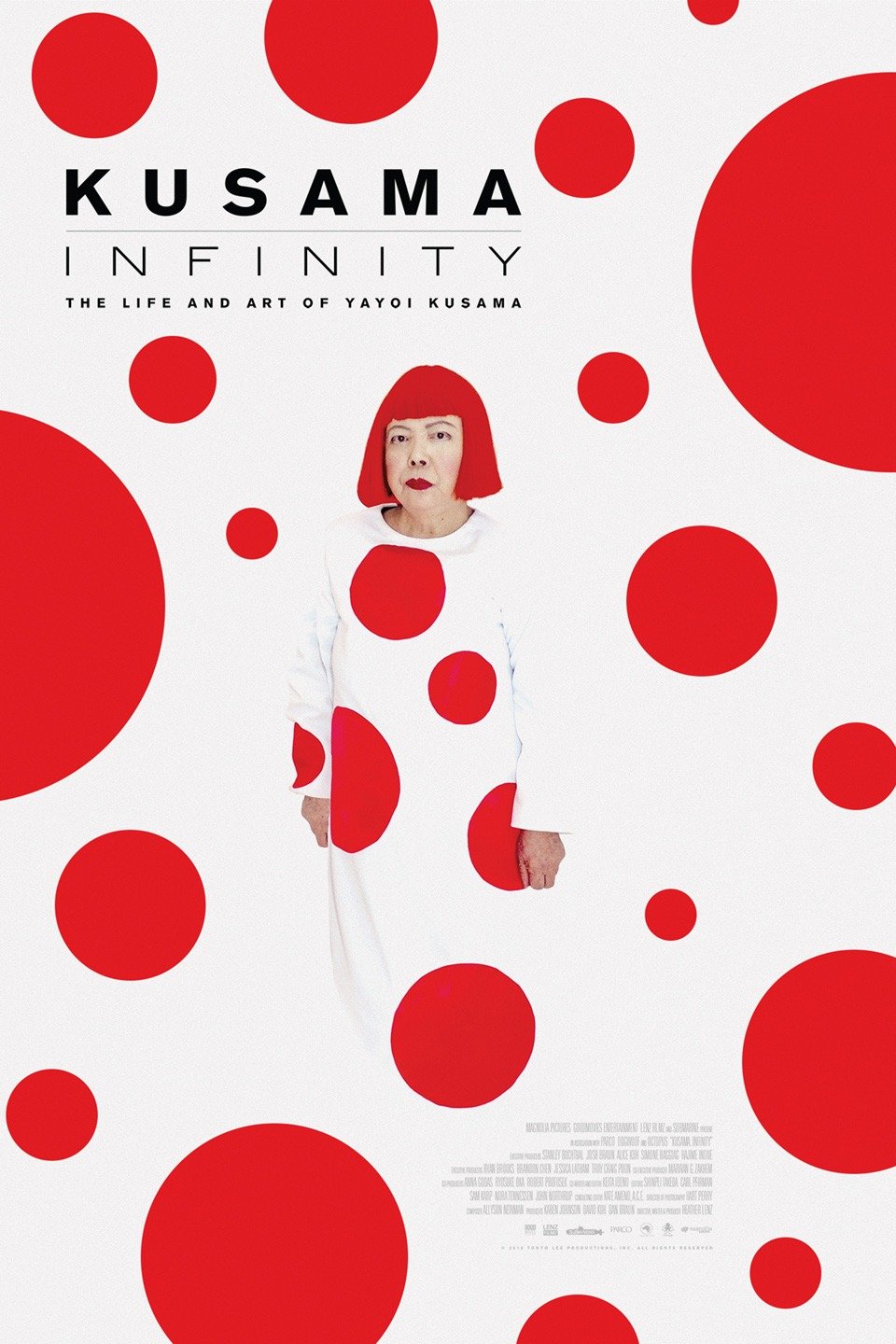 Things you can do this weekend in NYC:

Run to the East Village and hear Private Siren at Coney Island Baby tonight at 730, grab a pizza and be home in time to catch Wyeth on PBS by 10:00. With me so far? Then tomorrow night, go to IFC and see a double feature of the Hal Ashby doc and Being There with cast members after! Pre-game the Hal double feature by going to see Kusama-Infinity at Film Forum or wait until Sunday but definitely, you have to see it on a big screen. Kasama’s work is large and demands your respect by seeing it on the big screen. 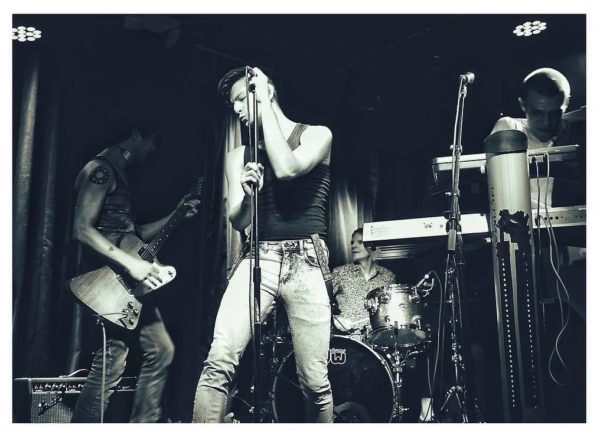 My plans? At 7:30 p.m. I’m going out to hear my new favorite band, Private Siren play at Coney Island Baby in the East Village. Their style? Future punk, fresh with a bit of an edge to it. I can only imagine what people thought the first time they heard Talking Heads playing in small clubs in Manhattan. The music is complex without being extraneous. They are all great musicians and dynamite performers. These guys are the real deal—more on them another day.  I can give you two reasons to go to the movies this weekend and one reason to stay in tonight. Maybe invite a couple of friends to your place (gives you an excuse to take out those extra bags of recycling) open a bottle of halfway decent wine, make dinner or order pizza and wait for it… turn on PBS. Yeah, good ole’ public television. This Fall PBS is doing a series on artists. Why should you care? Because I said so? JK. I don’t even say that to my kid. Because if you don’t you are missing out on so much. Tonight at 10 p.m. you can watch Wyeth, the third documentary to premiere of the American Masters series on PBS. Andrew Wyeth could paint what the human eye couldn’t see. Looking at a Wyeth landscape it is almost possible to see the wind. He sold out his first watercolor show in ten days at the age of 20. Instead of being a tortured misunderstood angsty creative whose parents didn’t care about his passion, he was raised to be an artist by his famous illustrator father, N.C. Wyeth who said that creative adults “retained the spirit of childhood.” Envious? Me too. If you are one who likes a bit of scandal and really, who doesn’t? Wyeth had a secret muse for 15 years, a beautiful woman, Helga. What struck me was how his wife managed to make order of what could have been the entropy of her marriage. Directed by Glenn Holsten, the documentary runs a tight 50 minutes and flows smoothly between Wyeth’s family members, including sons Jamie and Nicholas Wyeth, archival materials from the family’s personal collection and hundreds of Wyeth’s studies, drawings and paintings and his neighbor, Christina Olsen of the famed, “Christina’s World.” Available to stream September 8 on pbs.org/americanmasters and on PBS apps 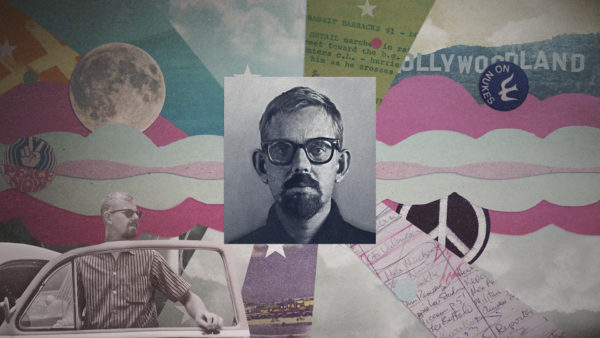 The weather forecast in NYC this weekend looks meh. We’ve traded in hot and sticky to warm and rainy—still the greatest city in the world (in all ways but the freaking weather). Now for the two documentaries that you should go see: Hal and KUSAMA – INFINITY. Not only are they about great artists whose work I guarantee you has made an impact on your life but the documentaries about the artists are loving and creative tributes to their lives and work. Hal. Hal who? Hal Ashby of course. Huh? Why does the name Hal Ashby not roll off your tongue like Coppola, Scorsese, Cameron, Kubrick or Spielberg? Let me ask you something, please. Which of these movies have you not seen or heard of:  Harold & Maude, Being There, The Last Detail, Coming Home, and Shampoo? You’ve probably heard of all of them and seen at least one of them or someone has threatened to break up with you if you didn’t. I personally quote something from Harold & Maude at least once a week. Hal Ashby tragically died of pancreatic cancer but before he did he left us with some of the greatest films but also a commitment to being an uncompromising artist and not a tool of Hollywood. The man just didn’t give a shit about money. He cared about getting it right. The man was a prolific letter writer and one of the best things about Amy Scott’s documentary is how she does what few documentary filmmakers do well, which is edit her film to reflect Ashby’s letters and work.

Let me try to explain but honestly, you should see it for yourself. Narrated for the most part by Norman Jewison who was a dear friend of Ashby’s the film is a dynamite balance of clips of Ashby’s work, spliced between talking head interviews with other filmmakers like Jewison and Judd Apatow and something that just totally worked for me? A manual typewriter banging out Ashby’s letters which were passionate and often inflammatory, but I want to adopt his writing style because it totally rocked my world. My favorite bit of advice? “The film will tell you what to do.” But the man knew how to start a letter, “Dearest Dearest Norman” or “Dearest most beautiful Norman.” The man loved his friends passionately. I lost track of how many times he married. Ashby lived his life like every second counted, like sleep was a total inconvenience and of course, died too soon at the age of 59.

Hal is playing in NYC at  IFC Center and if you go tonight or tomorrow you can stick around for special Q&A guests tonight and Saturday, including Academy Award-winning actress and author Lee Grant! Your ticket is also good for a DOUBLE FEATURE, getting you into Shampoo tonight or Being There on Saturday. I might have to go tomorrow night. 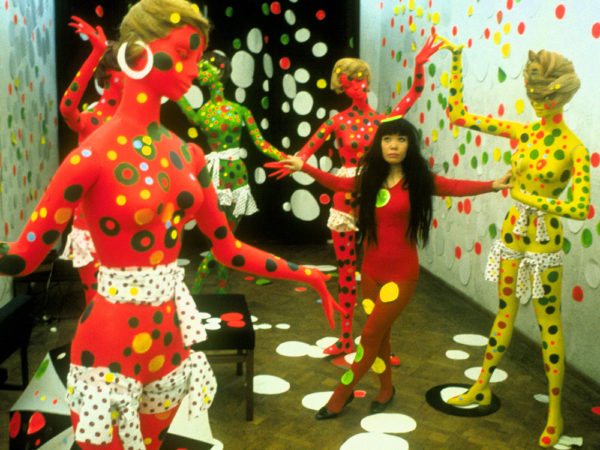 Here’s the third film opening this weekend about another artist that you shouldn’t miss, Magnolia Pictures is releasing  Kusama-Infinity. Written and Directed by Heather Lenz, co-written by Keita Ideno, Yayoi Kusama is the top-selling female artist in the world. If you don’t know her name you know her work. She’s the one who does the infinity mirrors. Her childhood couldn’t have been any different than Wyeth’s. Not socioeconomically—she grew up in an upper-middle-class Japanese household, but her parents did not support her artistic inclinations. Her mother tore up her drawings and destroyed her materials. Kasuma has done what seems impossible with a splashy mop of uncanny red hair and polka-dotted frocks of her own patterns and creations. Her work spans the written word, performance art, sculpture, installation art and painting. Her career has lasted over six decades and she is still producing art full time. By day she creates enormous works at a blurring pace in her studio and by night she lives in a nearby psychiatric institution. For years she was not taken seriously by other artists, for being Japanese, for being a Japanese woman, for having the need for psychiatric care. Now, more people have seen her Infinity Mirrors than any other art installation in the world. The filmmakers manage to make Kusama shine more brightly than her mirrors without making a spectacle of her. We can never know an artist by watching a documentary, but we can certainly know her better than we did before.