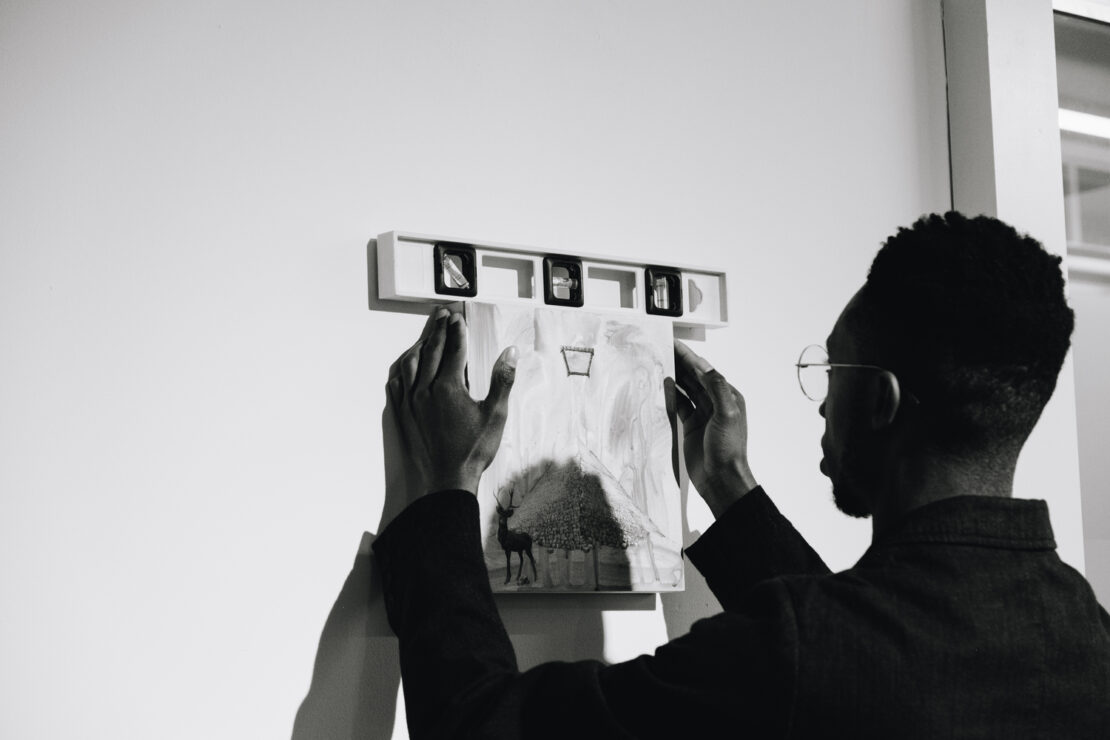 Adding yet another loving layer to his current solo exhibition, Warriors in the Garden, artist Ryan Davis recently debuted the track Roselawn’s Garden In Jeeseh. Comprised of an alluring amalgamation of various distorted rumbles and chitters, the song is just as immersive as its visual counterpart. Davis makes a brilliant effort to emerge the audience into a world of his own making. CLICK HERE TO LISTEN!

Roselawn’s Garden In Jeeseh is about a character’s journey in a post-apocalyptic world to restore Land. He is the only person left on this world and unbeknownst to him, there was a time where people like himself had not the luxury of exploring nature. Now that seems to be his purpose.

Title track, Roselawn’s Garden in Jeeseh is a composite of manipulated sounds made into a song created by the character in the story. The original sounds in this track include but not only disheveled gravel, stomach growls, and birds chirping. Some of these sources are lost, due to them being placed through filters and others are noticeable just enough to consider if the sound is familiar.

This track is about the collaboration between the natural world and the human hand. Much of our relationship to the natural world is about conquest or we believe that as humans we cannot bring any value. This track is not a solution that says we inherently have an answer. Rather about fluidity and stumbling around finding how to be part of nature.