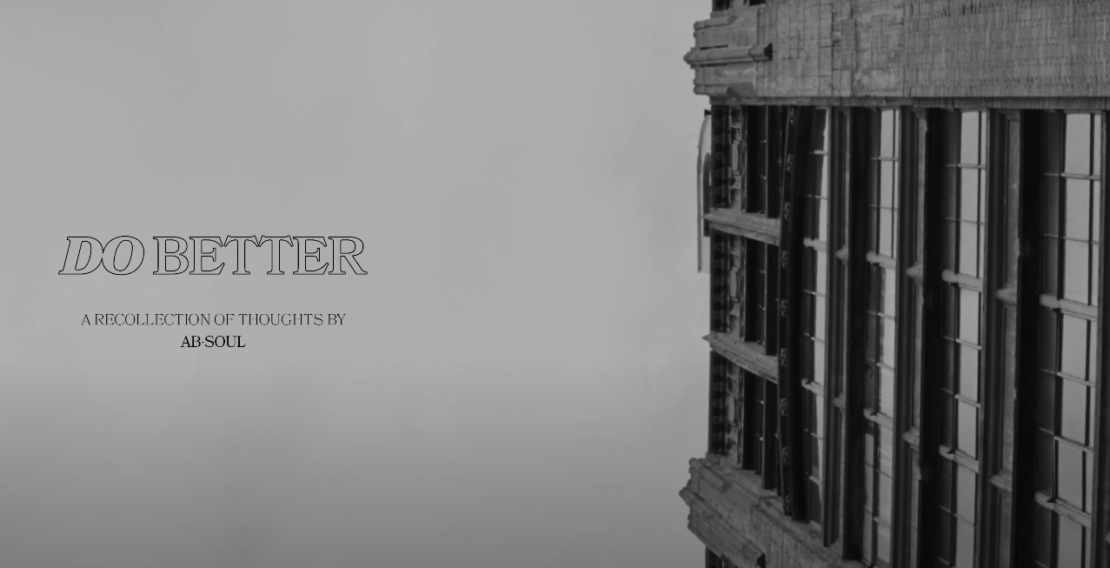 It’s been has been six years since we’ve last heard from Ab-Soul. Aside from a cameo on the track “Muddy Waters” off of the TDE-centric The Black Panther soundtrack, Soul has been “cooking the bird up slow” according to his own words. Currently on the horizon of releasing his long anticipated fifth studio album, Herbert, Soul has given us a string of singles that proves his latest offering to be well worth the wait.

“Hollandaise” was a fun bounce; the Joey Bada$$ assisted “Moonshooter” was a lyrical masterclass; and “Gang’Nem” took us below the stairs and into the basement. However, as we approach the release of Herbert, it is “Do Better” that reminded us exactly why artists like Ab-Soul are more necessary than they have ever been. “Do Better” comes during a time of seasonal depression where most of us are ensnared in a not-so-tender trap of bad thoughts and low vibrations. Certain ideations lead to dreadful emotional dips and even self harm. “Do Better” confronts this in a way that may move listeners to tears and actions of self care. Soul is more than a deep, wordy sigh of relief. In a musical landscape that has been terraformed for those who drip or die, Soul gives us oasis in which we can reflect.

Herbert is set to be released on December 16th.