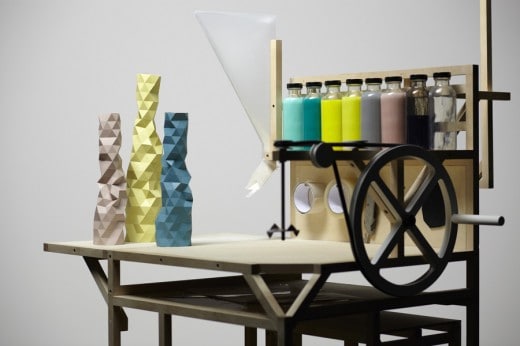 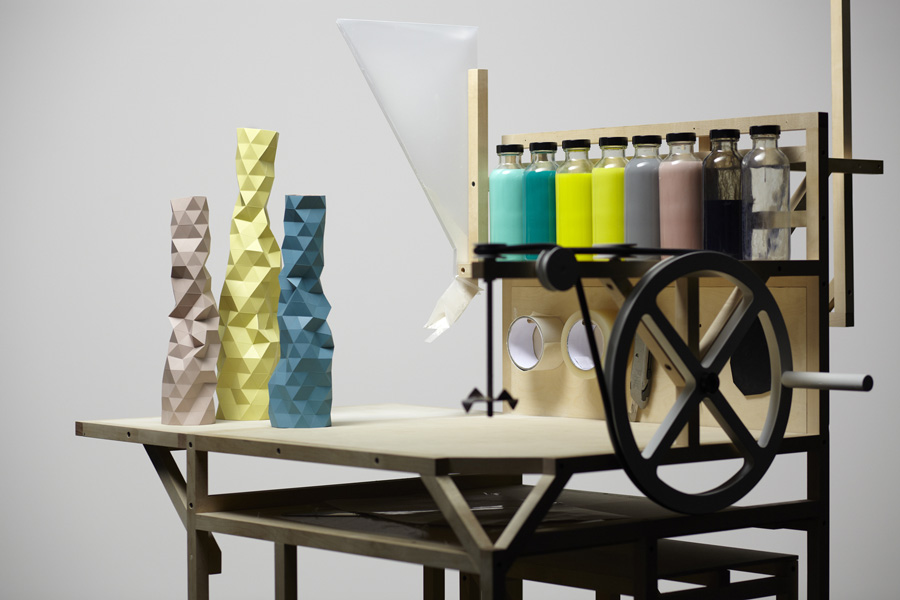 London based artist, Phil Cuttance makes a mean vase. So mean, it’ll take your lunch monies. Filmed by Petr Krejčí, the FACETURE film shows the whole process of making a FACETURE small vase; from the making of the mold to the casting of the piece.

FACETURE is a vivid series that consists of handmade faceted vessels, light-shades and tables. If you want to add one of his pieces to your humble abode →click here←.

First the mould of the object is hand-made by scoring and cutting a sheet of 0.5mm plastic sheet. This sheet is then folded, cut and taped into the overall shape of the product that is to be cast. The mould’s final shape, and strength, is dictated by which triangular facets I pop in and out. I do this each time I ready the mould for the next object, meaning that no two castings are the same. I then mix a water-based casting resin that is cast in the mould where it sets solid.

The resin is poured into the hollow mould and rolled around to coat and encase the sides, controlled by me on the casting jig on the machine. The material soon sets creating a hollow solid object. Then another, different coloured measure of resin is poured into the same mould, and swirled around inside, over the first. When it has set, the mould is removed to reveal the solid set cast piece. The casting appears with sharp accurate lines and a digital quality to its aesthetic, a visual ‘surprise’ considering the ‘lo-fi’, hand-made process from which it came. The mould is then cleaned and ready for re-use.

Each vase is handmade, unique, and numbered on the base.