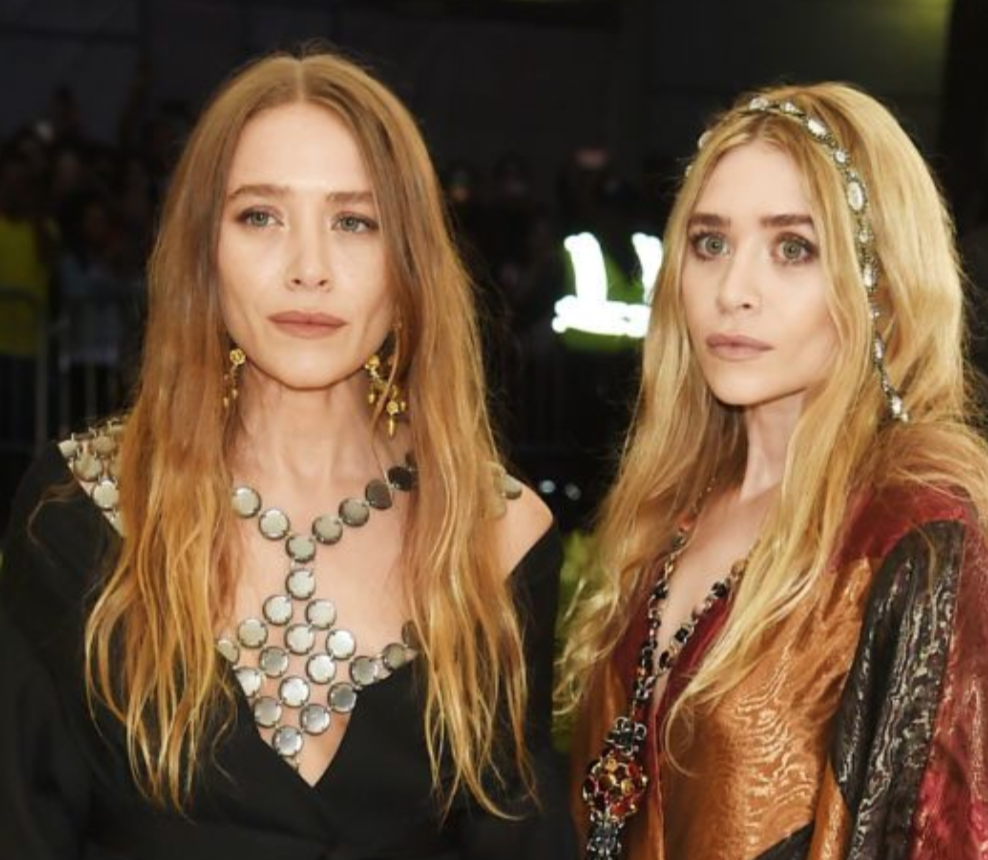 While we’re all well aware that anything the New York Post does is going to be completely tone deaf a result of its natural conservatism as mandated by Rupert Murdoch, there were some articles we never could have imagined being published in 2018, chief among them one about Mary-Kate and Ashley Olsen–in “honor” of their birthday on June 13 no less–actually called “Mary-Kate and Ashley Olsen Still Figuring Out How to Smile.” A photographic spread of the duo at various public events with their signature and glorious frowns features such sarcastic captions as, “All smiles at the 2005 Cannes Film Festival” or “Clearly ecstatic to be receiving a star on the Hollywood Walk of Fame in 2004.”

Apart from just how fucking antiquated it is to expect a woman to plaster a smile on (regardless of being famous or not), the editorial also makes a comparison to how much “peppier” Elizabeth Olsen is, ergo maybe the more fuckable and alluring sister as the writer remarks, “One of these sisters is not like the other.” So, basically, even though the duo has a higher number of onscreen credits than Elizabeth–not to mention massive authority that covers essentially all territory in the pop culture arena–their sister is somehow “the better” one. In addition to unnecessarily attempting to create sororal competition, it also speaks to how little a female’s achievements matter in a patriarchy if her attitude isn’t “correct” or “feminine.”

What’s more, everyone who’s anyone knows that to put a shit-eating grin on at a public event is not the look of chicness. The Olsens run a fucking empire that includes fashion haus The Row. They do not need to adopt the aesthetic of plebes smiling for alms just because society still thinks a woman should smile–through the pain, the discrimination and the blatant fact that we will probably never be equal until all men are dead or subjugated.

Even when they’re exhibiting generosity by even gracing the paparazzi with their presence at an event that specifically encourages solemness and severity–the opera–they still get the shade, “Showing off those megawatt grins at the opera in 2011.”

To add insult to injury, the piece also drags Anna Wintour, featured in a shot with the Olsens that somehow warrants the comment, “Nobody knows how to bring out that signature Olsen cheer quite like Anna Wintour!” Whether or not the intent of this entire endeavor to take up space in a newspaper was “all meant in good fun” is irrelevant. The only thing “laughable” about it is how frozen in time the perception of being “ladylike” remains.

Prattling on for a total of thirteen photographic examples, this article isn’t the only time that a “pouty woman with a bad attitude” (who surely must have a bad attitude solely because she’s not smiling) has caused the collective bastard known as the media to call a girl out for it. Some of you might remember Cara Delvingne’s interview in 2015 with the odious Good Day Sacramento, in which she was reamed for not being enthusiastic enough in her promotion of then current film project Paper Towns. “Local celebrity” and DUI darling Mark S. Allen grotesquely commented to his co-hosts after the interview concluded, “You make five million dollars for six weeks’ worth of work, you can pretend to talk to Good Day Sacramento with some oomph.” First of all, gross. Second of all, fuck you. People are people regardless of how much they get paid. They’re not trained chimps that can smile on command or with the right positive reinforcement. And this is always what is expected of a woman more than a man. Johnny Depp or Tim Burton or Brad Pitt can be as stoic as he wants to be in any setting, interview or red carpet-wise. No one is telling their puckered asses to smile just because they get paid a mound to do so. To ignore any other emotional strife that might be going on in their life solely because of their income tax bracket.

Come on baby, smile for us, then show us your tits. That’s what women were made to do, even if they’ve exhibited business acumen that far outshines anything that such “moguls” as the current U.S. president have.