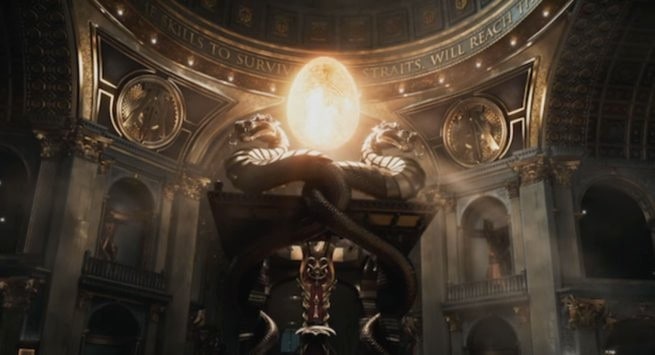 This weekend, audiences are lining up to watch the Steven Spielberg directed adaptation of Ernest Cline’s nostalgia-fest Ready Player One. There’s a lot to love here. With Spielberg at the helm and Cline co-writing, the film might be one of the few film adaptations to stick the landing.

While I’m busy writing up the film and chopping it up into nice delectable pieces, I figured that this would be a perfect time to celebrate Easter with a little egg hunt of my own (see what I did there?) For this list, I’ve found six of the most important Easter eggs in the film. More than just background cameos and geek-out moments, these items/characters are so marvelously crafted, that you’ll come to love this movie even more.

Of course, spoiler warning for any and all who dares to travel this way. 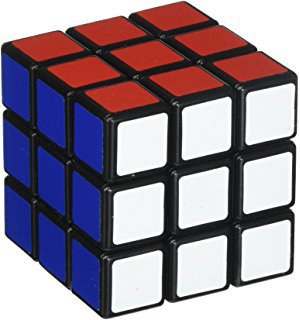 All the time in the world.

Early in the movie, Wade decides to spend his winnings from the first challenge on a shopping spree. In this virtual market, it’s easy to spot various famous swords and relics from all over pop culture (more on this later). One of his purchases is a “zemeckis cube.”

Why is this relevant?

Well, let’s not forget that Ready Player One is a celebration of all early pop culture. That means music, films, cartoons, clothes, and of course video games. What makes this Easter egg relevant is that Spielberg, a man whose own work is synonymous with 80’s and 90’s nostalgia (and whose influence has directly impacted hits such as Netlfix’s Stranger Things) has gone out of his way to include a nod to another famous visionary. Academy Award Winning Director Robert Zemeckis is best known for Forrest Gump (1994) and Cast Away (2000), but was also responsible for 1988 classic Back to the Future.

A great little Easter egg, indeed. Making it a relic that can rewind time is just icing on the cake. 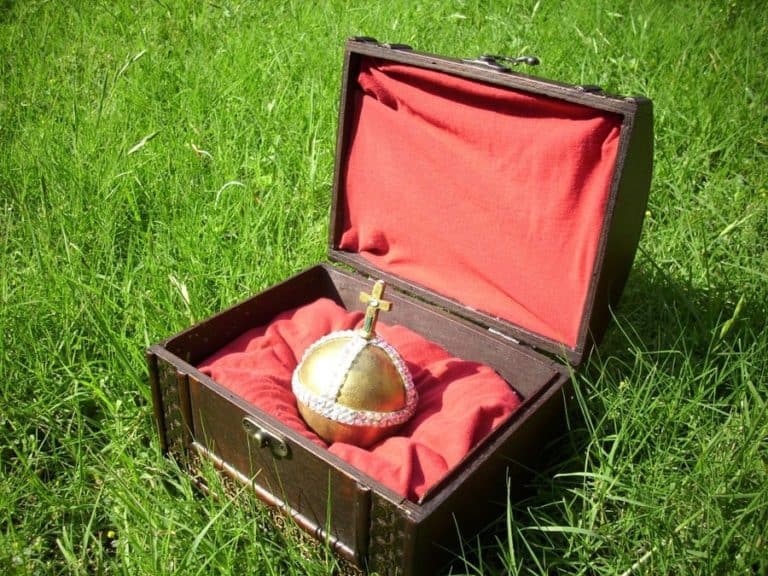 This one is tricky. In the book, Wade has to enter two films to complete their challenges. One of the films is the comedy gem Monty Python and the Holy Grail (1975). While the scene didn’t make the movie, the holy weapon did. Unfortunately, we didn’t get Wade having to count to five (correction THREE) before using it on his enemies. 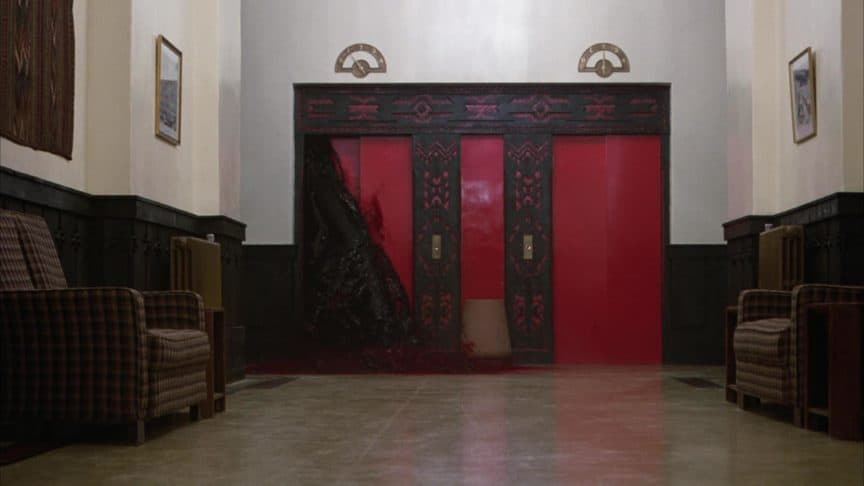 Not Mountain Do Red

The scene that replaced Monty Python, one which wasn’t in the book at all, was The Shining challenge. This is another case of Spielberg and Cline honoring a legendary director and wanting to bring something cool to the film adaptation. The Stanley Kubrick film was and will remain a horror classic. The scene featured all of the film’s best hits, though I was half-expecting a young CGI’d Nicholson popping his head in to deliver his famous, “Here’s Johnny!” 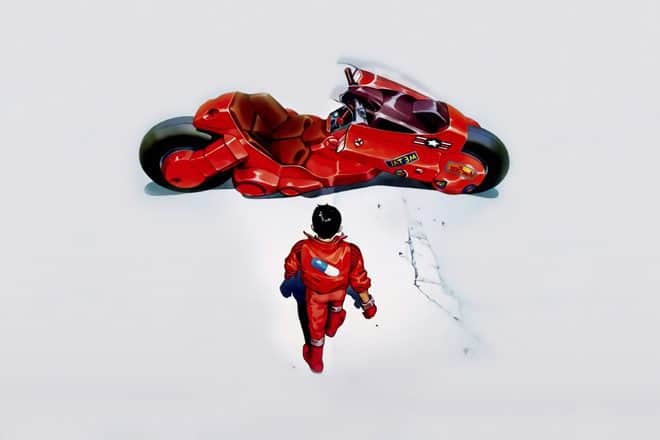 The first challenge showed off a visceral race through a sprawling city. Art3mis, Wade’s love interest in the Oasis, participates in this challenge by piloting the futuristic motorcycle of the protagonist Kaneda in the 1988 anime Akira.

This Easter egg is one of hubris.

In both the animated or live action format, Akira is one of the most influential movies ever made. Back when companies were being shopped the idea of adapting it to a Western audience, Spielberg notoriously turned down working on the project. As legend states, he even went as far as calling Akira “impossible to adapt.”

Diato of the High Five 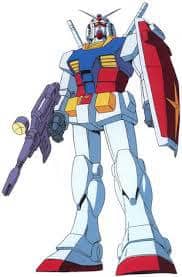 In the book, The High Five friends become extremely close. Diato, one of the best fighters in the group, is killed in real life due to IOI assassination plot.

In the film, Diato survives to fight in the final war and uses the RX-78-2 Gundam (from the 1979 anime Mobile Suit Gundam) to face off against IOI’s Mecha-Godzilla.

In the original anime, Amuro Ray, pilot of the RX-78-2, sacrifices the robot and nearly his own life to destroy his tyrannical rival. For anyone who has watched the film– this should sound familiar. Either way, Daito is portrayed as a loyal (and pretty badass) member of the High Five. 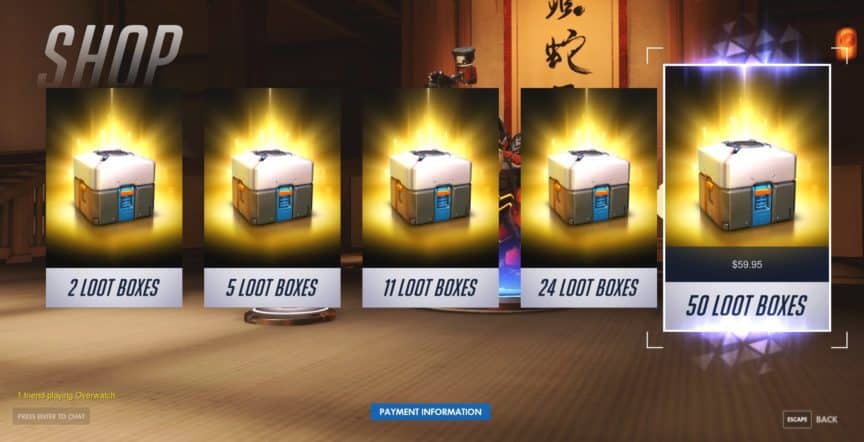 Nolan Sorrento, head of Innovative Online Industries (or IOI), is the “bad guy” of the film. Not only is his group name written in binary code (101), but their intentions for the Oasis is truly nefarious. In his introductory scene, Sorrento lays out the IOI plan to sell commercial space on user screens.

Ask any gamer who has booted up a PC or home console lately about the word “micro-transaction” and you should get various amounts of sighs and grumbles. Micro-transactions are both aiding and killing the gaming industry. From the Electronic Arts flub of the Star Wars games, to the hideous cycle of mobile games that flood the market with shovelware, monetization of gaming (that is, the way in which companies are invading your gaming space to extract more money out of you) is specifically what IOI is attempting to do.

This last Easter egg is important, not because it fits into the retro feel of the film, but because it compares the carefree nature of early gaming with the ways in which real-life corporations are strangling the fun out of gaming today.