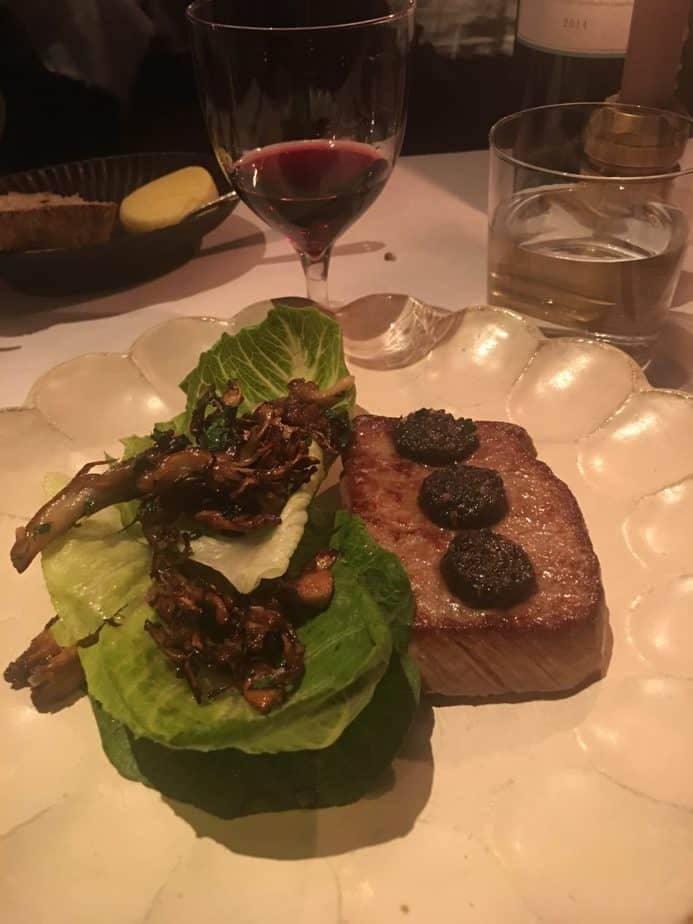 It has been said that the pleasurable sensation one gets from eating great food begins not with the mouth but with the eyes. If that is so, then La Mercerie, a new French boîte on a quiet cobblestone street in Soho, will have you feeling good the moment you walk in. One might say that this is by design, because not only is there glorious food for sale on the menu, but all of the plates, glasses, steak knives, linens, flower vases, in fact, all of the tableware is for sale (as are the tables themselves!). The reason for that is that La Mercerie is located in Roman and Williams Guild, a collection of artisan-created home goods, founded by design gurus Robin Standefer and Stephen Alesch. But the fun doesn’t stop there, as the beautiful people plant their hard bodies on soft cushions (also for sale) to splurge on an all-day menu created by Lead Chef Marie-Aude Rose. Her husband, Chef Daniel Rose, who owned the restaurant Spring, in Paris, where they met, runs instant sensation Le Coucou around the corner, but here she is going for a more low-key menu, where she is “reexamining the sustenance of her childhood”. 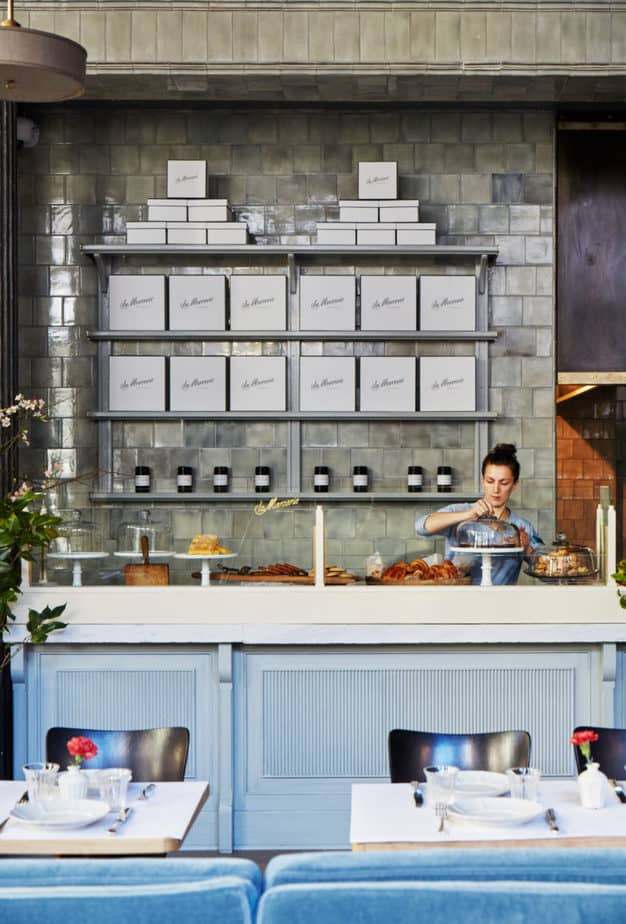 And what a glorious childhood it must have been! For dinner, start with the oysters, served with seaweed butter and rye bread, or taramosalata, the Greek spread made with salted and cured cod roe. Or just go all in with the Blinis Demidoff Au Caviar, which suggests a luxurious stroll by the sea. There are several versions of the substantial and relatively inexpensive buckwheat crepes, including the Creamy Chicken, with carrots and tarragon. Or sample one of the silky egg dishes, like Oeuf Cocotte (baked egg), served with a savory mushroom brioche, which is available at breakfast as well. I should here mention the “specialty butter”, which comes from “butter artisan” (yes, this a real thing) Jean-Yves Bordier, who has been kneading butter since 1985 in St. Malo, in Brittany. It is a mere seven dollars, and yes, it comes with bread. You may also buy the serving dish in which it is served, of course, if you want to recreate the butter course (also a thing) at home. It comes in two flavors, a glossy olive oil-lemon, and a more robust buckwheat. 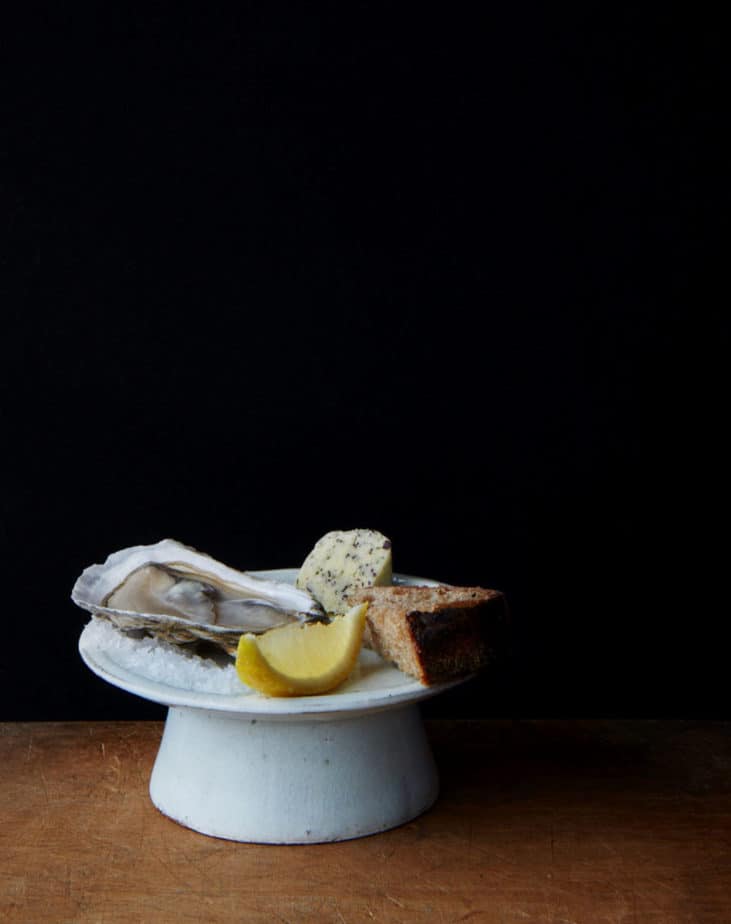 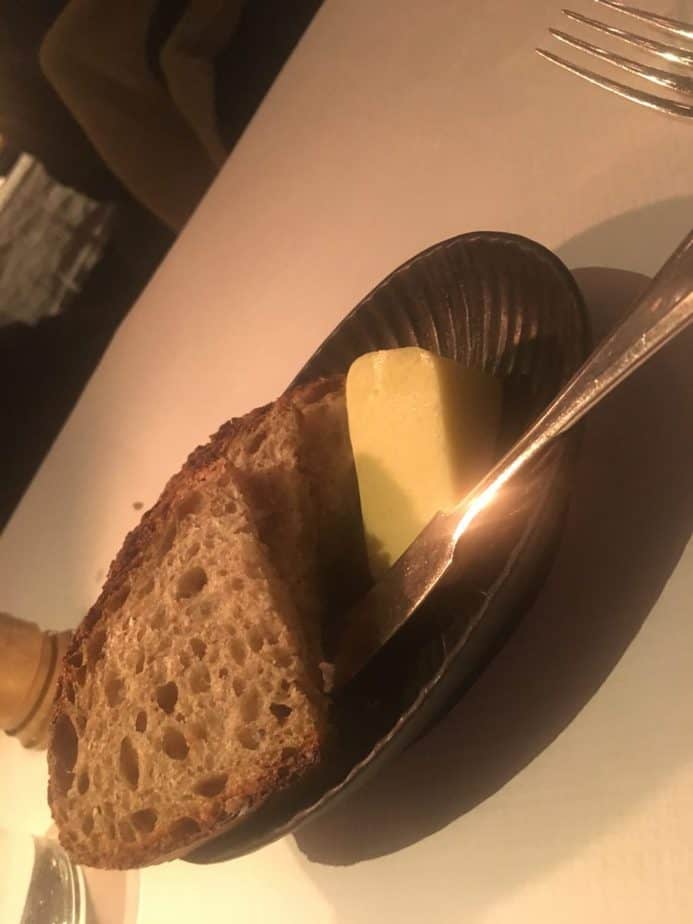 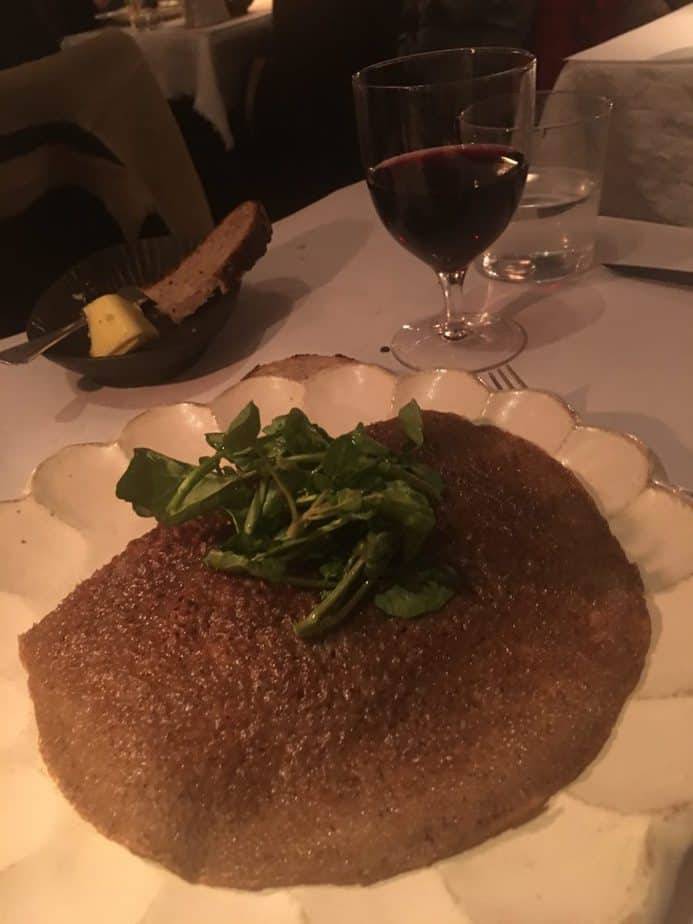 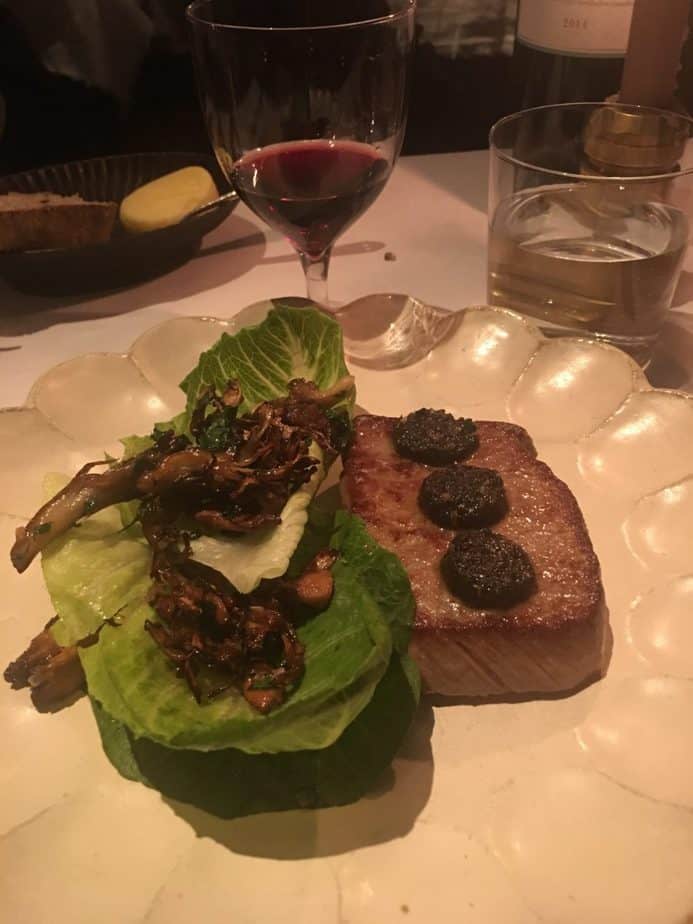 The main dish you must try is the Petit Ribeye, dotted with mushroom butter, and please, get it rare. Anything more will sabotage its sublime yet meaty kick. And perhaps a Woodford Reserve, neat, to round it out, although there are specialty cocktails on the list, the most intriguing being the Rouge Gorge, a French take on the Martini. For dessert don’t miss the Profiteroles Au Chocolat, a small mountain of little pastry puffs filled with vanilla ice cream, which is bathed in chocolate sauce at your table (see below). The servers seem to take a special delight in this comforting ritual, in fact, service here is friendly, helpful, and knowledgeable, without being intrusive. There is a terrific wine list including a Thomas Morey Pinot Noir by the glass, as well as a nice group of apéritifs. And after you’ve downed your post-meal espresso, feel free to buy the zinc cup it came in, and don’t forget to stroll through the Guild, perhaps gaping at the kiln-fired A9909 Chair, by Casey Zablocki, available for a mere $30K. Or maybe just stick with the espresso cup for $10. Strictly up to you. 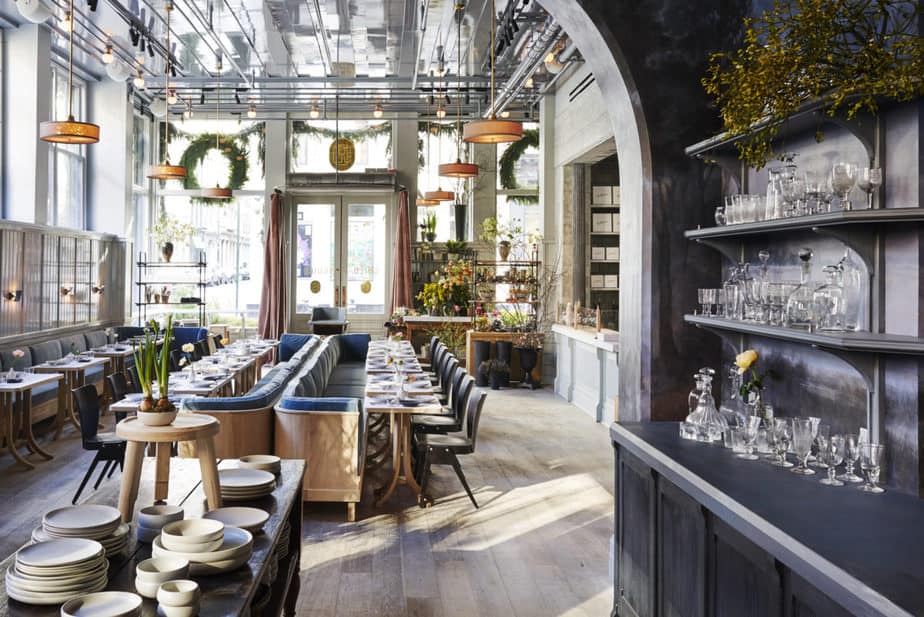