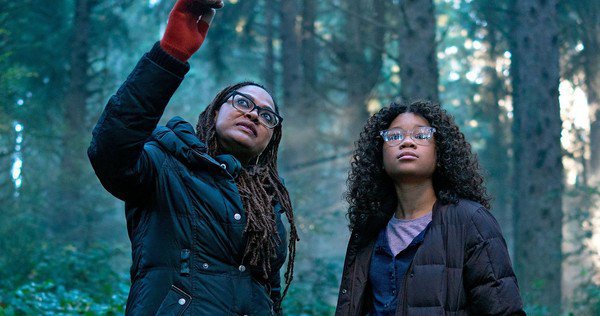 When it was announced that Disney was finally bringing a film adaptation of bring the beloved classic “A Wrinkle in Time” to the big screen, fans rejoiced. Adding Ava DuVernay (director of the 2015 film Selma) to the fold as the director seemed liked icing on the cake. With DuVernay’s eye and a Disney budget, it was safe to bank on a hit for everyone involved.

“A Wrinkle in Time” opened to amazing fan fair, landing the director in the record books alongside Black Panther director Ryan Coogler for being the first African-American directors to hold the top two box office spots.


Unfortunately, A Wrinkle in Time failed to match Black Panther’s critical and audience acclaim. This trend of the mediocre film adaptations of children’s classics isn’t specific to this film alone. In fact, aside from its animated full lengths, Disney is notorious for scooping up the rights to these major titles and churning out live action movies that are visually spectacular, but miss the mark when attempting to resonate with an audience– audiences, I must add, that should be groomed perfectly to accept such spectacle.

With a slew of movies in the works for the major studio, movies such as Mary Poppins and Christopher Robin, the machine will roll. But in this Quiet Lunch highlight, we should take a look at why these big, bold Disney projects falter and why we as an audience should worry about the future of book-to-film adaptations of popular children’s classics. 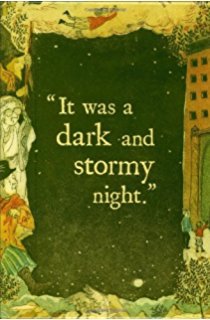 The opening lines of the literary classic “A Wrinkle in Time”

A brief lesson on what film analysts call “Adaptation Theory” can be found here, but I want to draw attention to this definition.

In english, this means that studios choose to make adaptations because on paper, they can’t lose. “Knowing and unknowing audiences” translates to attracting “those familiar with the source material, and people who are simply interested in it on its own merit.

Lastly, adaptations seem to be foolproof profit gains. It’s no secret that ticket prices are up which results in theater goers being more particular about where they spend their money. Adaptations already come with a built-in audience. This goes double for adaptations of children’s classics. Not only do you grab the ticket of the parent clinging desperately to their warm nostalgia, you also inherit the result of these same people wanting to expose their children to something that they treasured.

In short, film adaptations are supposed to work for everyone involved.

So why do so many fall short?

So with all of that out of the way, let’s take note of this Rotten Tomatoes critic consensus of the film:

“A Wrinkle in Time is visually gorgeous, big-hearted, and occasionally quite moving; unfortunately, it’s also wildly ambitious to a fault, and often less than the sum of its classic parts.”

Now I dare you to remove the title of the film and plug in any of the previous Disney adaptations we’ve seen in the last five years: Alice in Wonderland (2010, dir. Tim Burton), Alice Through the Looking Glass (2016, dir. James Bobin), The Chronicles of Narnia (2005, dir. Andrew Adamson), and BFG (2016, dir. Steven Spielberg). All of these movies suffered from the same dull ailment: beautiful to look at, serviceable actors and directors attached, but very little heart to help us connect to these characters. It’s almost as if Disney banks on prior knowledge of the source material to fill that in for us, but as I already explained, this is directly opposed to how film adaptation theory is effectively produced.

The “big hearted” mention of the quote directly correlates to “the sum of its classic parts”. It is because of this conflict, and the audience’s inability to separate nostalgia from craft, that directly hampers our connection to Narnia or Wonderland. These are places we explored as children, and so we buy the price of a ticket for that sense of wonder all over again. What we forget is that there are characters that carry the narrative. Narnia isn’t solely based on a talking lion– it follows the adventures of a tightly bound group of siblings in the fantasy world. Wonderland isn’t gripping because of the Mad Hatter– we explore this world of daft creatures and mind bending riddles through Alice who represents the innocence of a child. So too is A Wrinkle in Time not a story multi-universes and talking plants. At its core, this story is about a family that once was whole and the little girl who gains the strength to bring them back together. There is a relevant message within this film, and indeed there are great times sprinkled between some of the sagging points. Let’s take a look at where this movie fell short or shined. 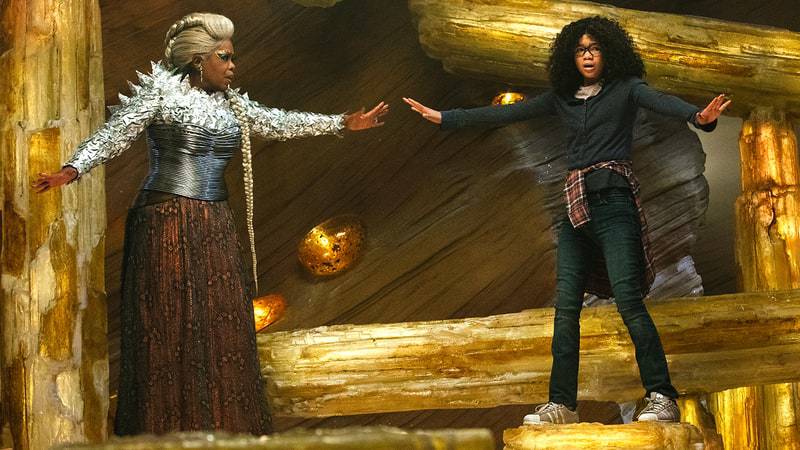 With such a diverse cast, there was a lot to celebrate. Storm Reid (as Meg Murray), Oprah Winfrey (as Mrs. Which), Reese Witherspoon (as Mrs. Whatsit), and Mindy Kaling (as Mrs. Who) all held their own. With most of the screen time, Storm played her role with just enough tact and bravado to have the audience want to see Storm succeed in finding her father. Zach Galifianakis as The Happy Medium brings levity to the proceedings, though he is very much just Galifianakis’ing around. Chris Pine truly does stand out as Dr. Alex Murry. He shows the most range and emotion of any of his co-stars, though one would hope this is the case since he has had more acting jobs recently than most.

While they all work to carry our story to some degree, there is just too much to bare. There are times where it seems the film’s writer, Jennifer Lee, read the Cliff notes of the source material instead of really understanding the character’s themselves. That may seem harsh, but I’ll discuss why this seems so in the following section.

DuVernay casts well, here. The inclusion of a strong young lady of color is amazing to see. Even it’s mixed family setting is like a breath of fresh air from the typical binaries.

I feel that I must (I just have to) mention that Deric McCabe (who plays Meg’s youngest brother, Charles Wallace) reminds me why capable child actors are hard to come by. I don’t want to come off as too harsh here, but these things need to be said. The young boy works hard, and he tries his best to match the ranges of emotion Charles Wallace weaves through throughout the film, but his performance becomes so difficult to withstand at times that it’s beyond cringe inducing, even for a kid’s film. This is only exacerbated by the fact that his character dominates the entire third act of the film. It serves as the major blemish of a great casting roll.

Storm Reid and and Levi Miller

I’ve already stated why this piece of the film rings hollow. DeVarney works diligently to get us to spaces which are filled with awe and wonder, but it seems empty to land on a lush prairie with talking flowers and not feel this has any kind of weight to it. Yes, this is a kid’s movie and expecting some Fincher-style developments falls short of its intended audience. But I think it’s already proven that movies intended for children can have proper character development, plot points that can move emotional ranges, and satisfactory moments of danger and conquest. The original book had that. What we get instead are beautiful set pieces with poor dialogue in between, the semblance of a museum visit where you stand at a painting for two or three minutes before transitioning to the next while mumbling to yourself about the pretty line work. A Wrinkle in Time is rife with allegory and symbolism, but the film only skims through this with the speed of simply flipping through the pages.

The major mistake Disney seems content on making while producing these films is that they don’t observe the continuity of Adaptation Theory: the film gives no true details about its characters, conflicts, or even its main antagonist and forces audiences to have a deep understanding of the book to fill in these gaps. This destroys the promise the film sets out with its audience and results in low scores for audience engagement. It results in the people who have not read the source material to be lost and disconnected. It results in fans of the book, an audience that you should have eating out of the palm of your hand, feel like we’re seeing a clip show, or that we bought a mix-tape of only the choruses of our favorite songs. There’s no heart because there’s no space to develop that heart.

To me, this (along with some of the key scenes) are standouts of the film. There are shining moments here and some are punctuated beautifully by some of the more memorable scenes (however emotionally barren they are). Ramin Djawadi composed a few truly moving pieces for the film, including the actual theme of the movie which swells and rolls at just the right times.

The musical album featuring artists such as Demi Lavato and DJ Khaled is actually quite amazing and the times where these show up during the movie. Standouts, by far, are Sia’s inspirational “Magic” and Sade’s “Flower of the Universe” (included, as well, is a remix of this song produced by none other than hip-hop’s own No ID). Sonically, I wish that there were more options than just seven songs written for the film, but they marry some of the scenes quite beautifully.

DuVarney, as a way of helping people understand, is quoted to ask that everyone see the film through the eyes of a child. Unfortunately, A Wrinkle in Time fails to buck the trend of listless adaptations that Disney has been, and will continue, churning out. Hopefully, for those kids who watch the film and enjoy it, it becomes motivation to pick up the book and explore its beautifully created worlds and fantastic settings.