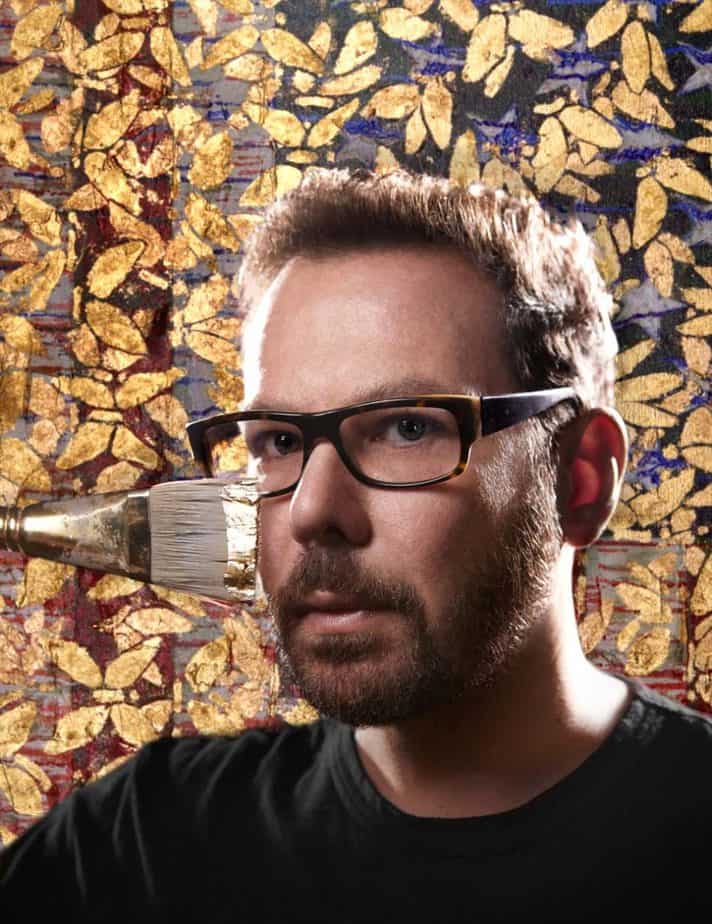 Our latest print edition cover artist Neil Grayson’s debut solo exhibition is going to be amazing. Industrial Melanism, opens tomorrow at Ekyan Maclean at east 67th street from 6 pm – 8 pm. We hope to see you there! Industrial Melanism was the collection Neil presented during our search for the next print cover feature and this collection is why we chose Neil as the cover artist for Quiet Lunch Book N°5, but don’t take our word for it, join us and see the depth, power and glow in the work. RSVP and see the beginning of the art world’s newest rising painter.

Turn of the Grye (Industrial Melanism, 2017, Both views

Neil Grayson (b. 1968) is a New York City-based artist working primarily in oil and metals on canvas.  As a teenager, Grayson was an obsessive prodigy, studying and then perfecting the techniques of the masters.  Particularly drawn to Rembrandt’s self-portraits, he became fixated on how light is captured on canvas.  “Rembrandt found light and gave meaning to the darkness, purpose to the sadness; that is what I am endlessly searching for, the light to cradle and hold the darkness.”

Grayson’s current series, Industrial Melanism, is born from this search. 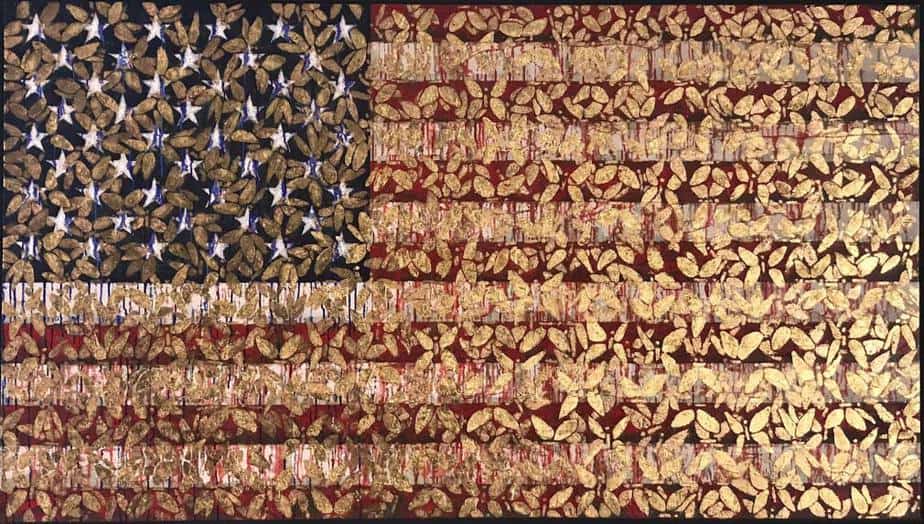 Industrial Melanism generally refers to the change in color of the peppered moth – from white with black speckles to entirely black – during the Industrial Revolution, and remains one of the clearest examples in which the evolutionary process has been observed. The light moths, formerly camouflaged on trees with white lichens, became easy prey for the birds as the trees darkened from heavy soot emissions. The darker moths – suddenly better suited to their environment – thrived, and within a human’s lifetime scientists watched as the once nearly all light population became 98% dark. 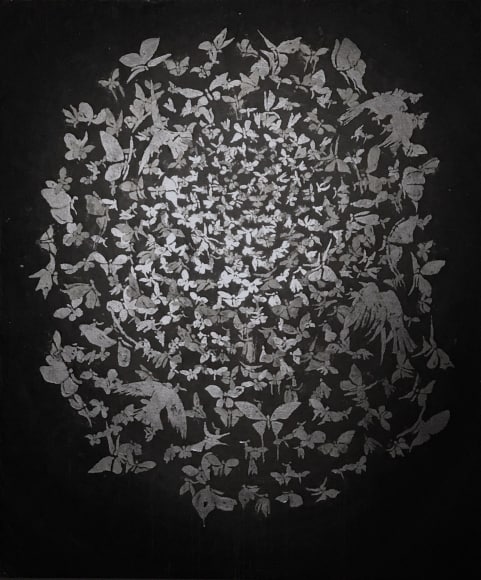 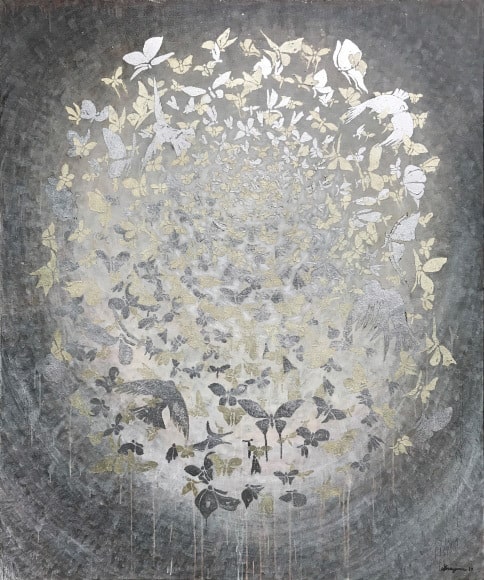 Turn of the Grye (Industrial Melanism), 2017

Combining his fascination with Industrial Melanism with his search for (metaphorical as well as physical) light in the darkness, Grayson has created something wholly new and exciting.  In this series, he explores the concepts of reinvention and transformation using the varying oxidation rates of precious metals (silver, white gold, platinum, and palladium) to create dimensionality and movement, taking advantage of the sudden changes in hue of the reflective metal surfaces creating unique visual experiences from every angle.  Works shine brightly and then fall dark.  But the darkness is held in check, providing context for the light.