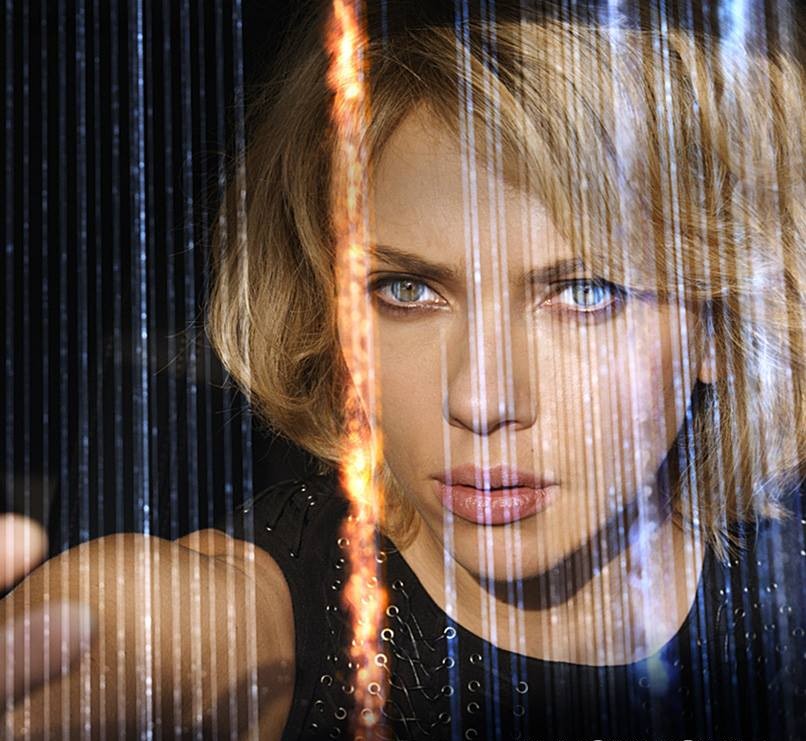 Scarlett Johansson is superhuman, or at least she looks like one. This is not a difficult argument to make: she’s the only woman named Esquire’s Sexiest Alive twice, and has become the go-to choice when they need a “hot” woman who, oh yeah, can also act. There’s more going on here as she uses the unavoidable discussion of her looks to talk about more interesting subjects. Recently, her eyes have turned towards her humanity, and her perceived lack of it. Like some of her more recent roles, she has used her natural gifts to evolve into something more elusive: self-awareness.

After a blistering 2005-08 when she appeared in nine movies and earned her first Oscar nod, she makes only one movie in 2009 and re-emerges in Iron Man 2 in 2010 as the Black Widow. Emblematic of her more current roles, her most frequently-played character is a master of subterfuge, using her looks and the way it causes others to see her to her advantage. In her introductory scene in The Avengers, she acts as the damsel in distress to a gang of Russians before revealing that getting captured and interrogated was the plan all along. Her perfect doe eyes and youthful features cry out like someone who needs rescue, casting a picturesque shadow over the truth.

This year’s Under the Skin, released nationwide the same day as her co-starring role in the Captain America sequel, paints a different picture of Johansson as an actor and a persona. Moving away from more generalizable roles in billion-dollar franchise films for a spell, Johansson plays a creature from another world who has come to earth in search of the human soul. This is accomplished, of course, by stalking the Scottish countryside in an unmarked van to gather single men for what seems like sex, but turns out to be a descent to an unspeakable blackness. 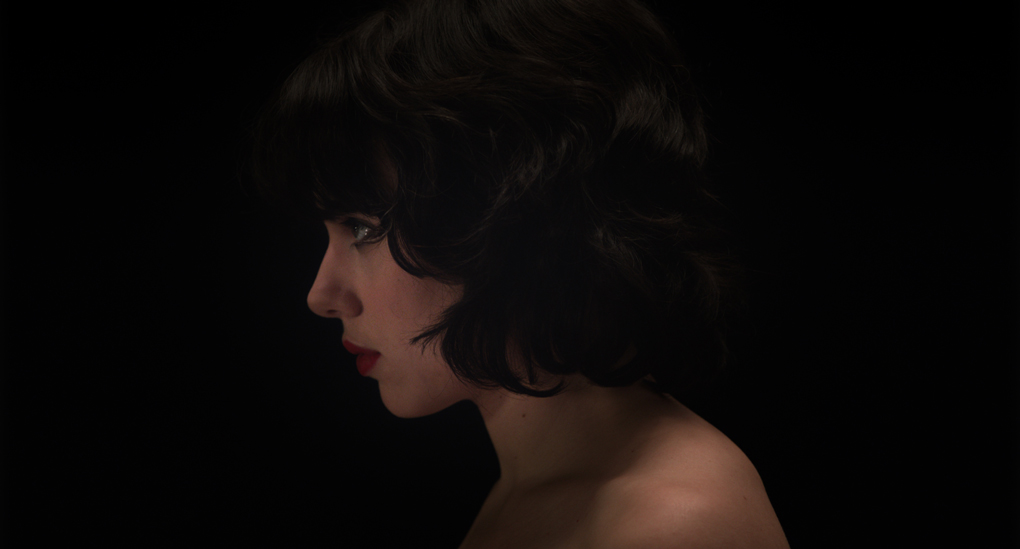 Johansson spends a great deal of her screen time alone and without expression. But the men she ensnares seem less and less like men you would stereotypically want to kill: the first man, who steps out on a girlfriend, ends up disintegrated, whereas later she engages a deformed man who is gentle and shy, and she spares him. She examines herself during this process, becoming less and less clothed with each man, leading to an extended sequence of the creature examining its own naked form. The creature even attempts to deal with sex, running the gamut of human experience, only to find that it is literally black and formless underneath its human veneer before experiencing the most human thing of all: death.

July 2014’s Lucy carries almost the same story in reverse. Johansson begins the movie almost too human, too caught up in a new relationship, requiring a large support structure to keep her on track, yet turning into a panicky mess when things go bad. Even the plot machinations are human-specific: she is forced into surgical drug mule-dom, and begins her evolution into something else entirely when the pouch stored in her uterus ruptures. Lucy begins to pseudo-scientifically access more of her brain, making her capable of all sorts of neat tricks through the magic of cinema. 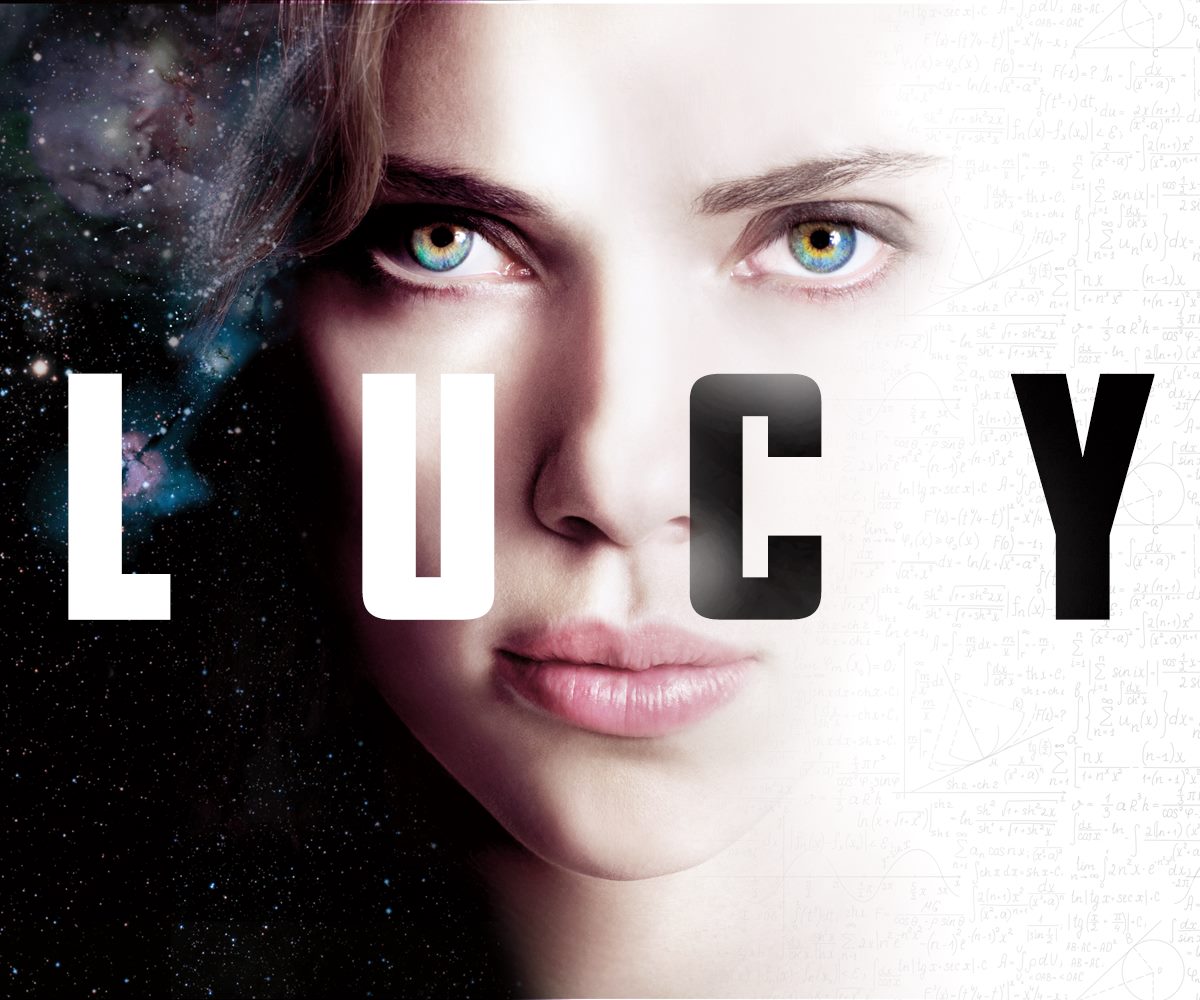 However fun and engaging it may be, Lucy is ridiculous. The language the film uses around Johansson is remarkable; her mere appearance connotes a level of inhumanity. She has a steel stare molded to her face for most of this movie, and with a face that already looks like a perfect doll, it is only a tiny leap for the viewer to assume she is something extra-human. Lucy uses our commonly understood imagery of evolution, evoking 2001: A Space Odyssey repeatedly; from ancient apes in the desert, to a warp through space culminating in the total knowledge of the cosmos condensed into one black obelisk-shaped USB drive glittering with stars.

Both films are batshit sprints through the whole of human experience, containing both a sequence of Johansson juxtaposed against stark white, and being literally reduced to an all-consuming blackness. The major difference is that the two films build in alternate directions. Under the Skin uses her flawless symmetry to showcase her inhumanity leaving her picturesque appearance as a cracked, discarded husk towards the end. Meanwhile Lucy takes her from a disheveled, crying mess, and ascends (really! she crawls up a wall!) during a seizure into a virtually unfeeling calculator, crunching all the possibilities of the world around her in an way which transcends the limited awareness of a person.

Our dear Scarlett acts fully aware of the part she’s playing. She has moved on from typical sexpot/temptress roles, even in good movies like Match Point or The Prestige, and has lately used the limits imposed by her body to manipulate that very perception. Almost as if this were her plan all along, Johansson has used the gifts from which she cannot escape to craft a persona that is never what it seems to be. Even the Black Widow, her best known performance by the general public, has developed into a character who can never be taken at face value even when we are not sure what is actually beneath the surface. This can only be the craft of an idea which comes from the performer’s own wishes; you don’t see any of the other Avengers getting assed-out for a barely-seen arthouse movie, and using the filmmakers as their accomplices.

Scarlett Johansson is at the center of our conversation about beauty in 2014, and she knows it. Through her choice of roles, she offers her own comments: is she a youthful coquette or a worldly assassin? Does her beauty offer us the impression of accessibility and warmth, or the walled hardness of something outside humanity? Johansson seems pleased to give us no answers, but only to deepen the question to the point where what we’re really examining is ourselves.