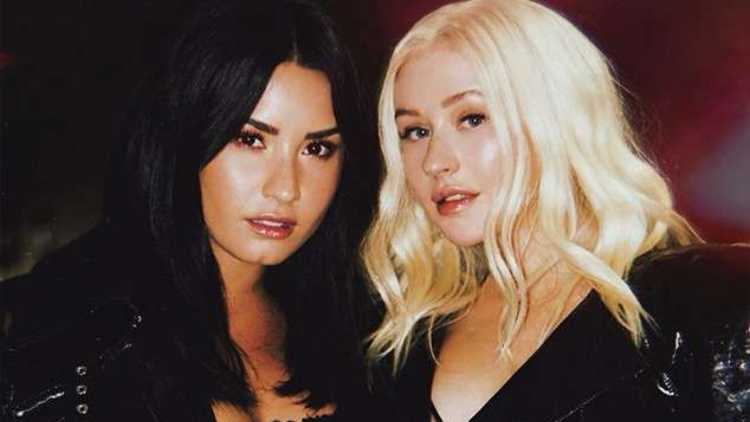 For over a decade now, Christina Aguilera has essentially coasted on the “artistic merit” of 2002’s “Beautiful” (as there is nothing of the kind to be found in being a judge on a reality show), immortalized in Mean Girls by Damian’s (Daniel Franzese) talent show performance. As one of her most “serious” singles (even garnering the honors of GLAAD), the encouragement to accept oneself, flaws and all, without worrying about the opinions or judgments of others was the crux not just of the single, but the Stripped album as a whole. Thematically, this sentiment is repurposed for the #MeToo era in the third single Aguilera has thus far released from her forthcoming album, Liberation. With a little help from Demi Lovato, Aguilera reiterates to women everywhere, “In this world, you are not beholden/You do not owe them/Your body and your soul.” This time the “they” Aguilera is very clearly referring to is men–as opposed to more subtly referencing them in “Beautiful,” instead indicating that “everyone” is guilty of victimizing others as a result of their own insecurities. But no, in the increasingly advanced years of the twenty-first century, it’s okay for women to flagrantly vilify their longtime oppressors without any sugar coatings. And, in truth, it’s a nice reminder, because even still, women can’t help themselves when it comes to comprehending, “You’re more than flesh and bones.” And when you’ve even got “bisexual” people like Rita Ora perpetuating the hazardous effects of making yourself look pretty to appeal to “the male gaze,” it’s no wonder women forget to question themselves regarding the motives behind “being attractive.” Thus, “Fall In Line” entreats, “Ask yourself why it matters/Who it flatters.” 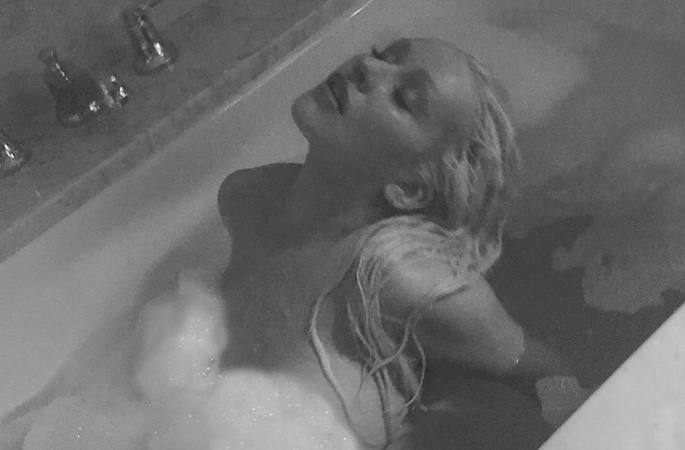 Making reference to our female forebears–“witches”–who perhaps suffered most of all for speaking their minds from the set of lips men prefer less, Aguilera belts out in tandem with Lovato, “And maybe it’s never gonna change/But I got a mind to show my strength/And I got a right to speak my mind/And I’m gonna pay for this/They’re gonna burn me at the stake/But I got a fire in my veins/I wasn’t made to fall in line.” Considering Aguilera is currently engaged to a man five years younger (Matthew Rutler, who she met on the set of Burlesque–there really is no more romantic tale than that), it’s no wonder she’s suddenly feeling this free to express herself–for you aren’t going to find men of the older persuasion this eager to get on board with Kim Kardashian’s brand of commodified feminism. What’s more, you certainly aren’t going to find perpetually not single Britney Spears–the forever foil of Aguilera (hence the renewed interest in the duo following a few “dramatic reveals” on Carpool Karaoke)–singing about such things as, “And all the truth in a girl is too precious to be stolen from her.” So once again, we must rely on the only consistent early 00s representative for shading men, Aguilera, to tell it like is. And no, “Beautiful” wasn’t the only track from Stripped to help exhort women (and any other “freaks”) to love themselves just a little more. There was also the enduring “Can’t Hold Us Down” featuring Lil’ Kim (the pattern clearly being Aguilera needs another female to help her take on the douchebags of the world). In an equally as declarative stance on us v. them, Aguilera shouted, “This is for my girls all around the world/Who have come across a man that don’t respect your worth/Thinkin’ all women should be seen and not heard/So what do we do girls? Shout out loud!/Lettin’ ’em know we’re gonna stand our ground.” 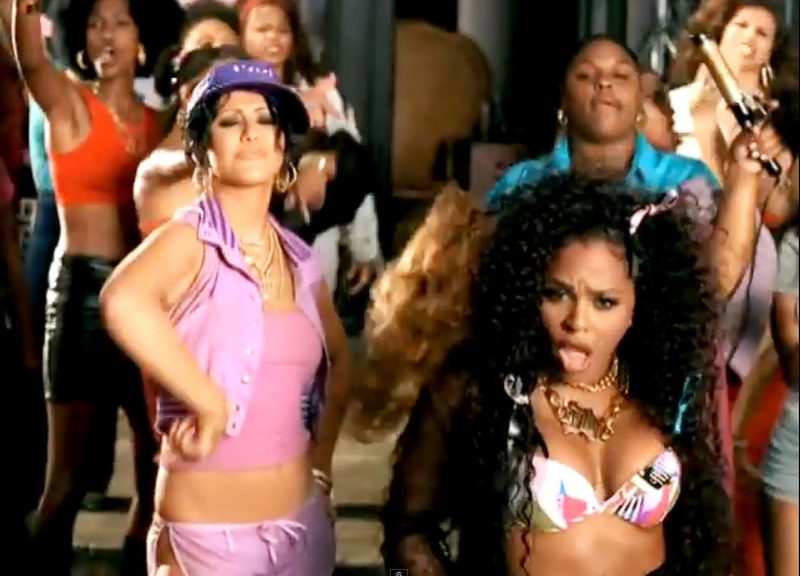 No stranger to feministic declarations

This running motif has stayed with Aguilera throughout her career, also appearing even more obviously on the bluntly named “I Hate Boys” from Bionic (a record forever underestimated), in which she asserts point blank, “We would all be happy, all be glad/If sweet mama nature never had/All these dirty little boys who think that the girls/Are only made for toys.” From a more “elegant” and understated position, Aguilera inserts a male voice into the background of “Fall In Line” toward the end of the track that barks (in keeping with the militant marching concept), “Yea, two, three/Right—two, three/Shut your mouth/Stick your ass out for me/March—two, three/Two, three/Who told you you’re allowed to think?”

Well, Aguilera doesn’t need to be told by anyone, and she wants to remind the naturally independent female spirit that has suffered centuries of subjugation: you don’t need to be told either. No, instead you must do the telling. And in this way, a pop song has, once again, found its politicism as it used to do with chart staples like “Express Yourself.” Proving that the fight for feminine liberation (Xtina’s new album title makes more sense now) is one that never seems to end, saturating all mediums of artistic output on the part of Woman.