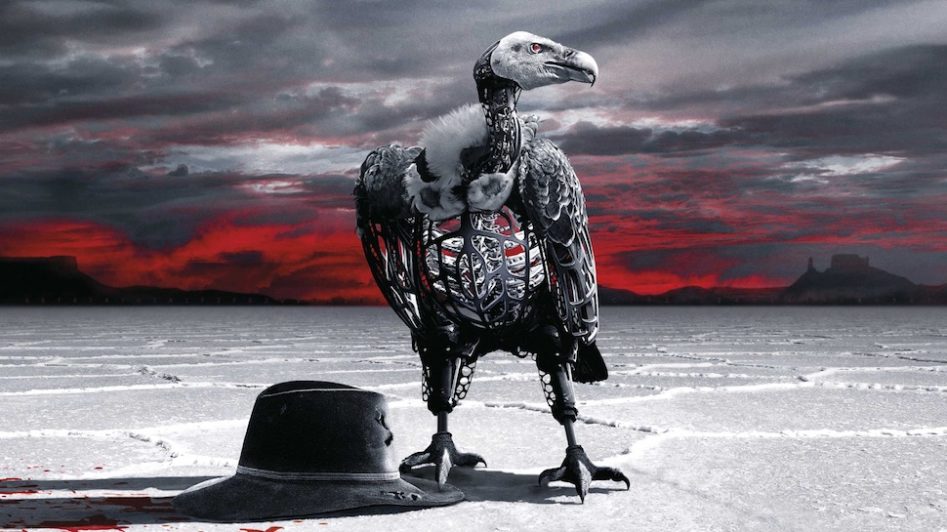 Sunday night was the premiere of “Journey Into the Night”- the first episode of the HBO hit show Westworld’s second season. The show’s writers (Jonathan Nolan, Lisa Joy, and Halley Wegryn Gross) spent the better part of 2016 crafting an extremely tight story throughout the span of the first season. Weaving its characters through the vicious and violent world of robots and timeline jumps, we watched as this civilization’s laws and controls came a-crumbling down. After almost two years, there was a lot of anticipation for this new season to start with a bang.

With this in mind, here’s a list of 8 things both fans and newbies to this cybernetic western came to find out from the Season 2 premiere, as well as three things that are still left unanswered. 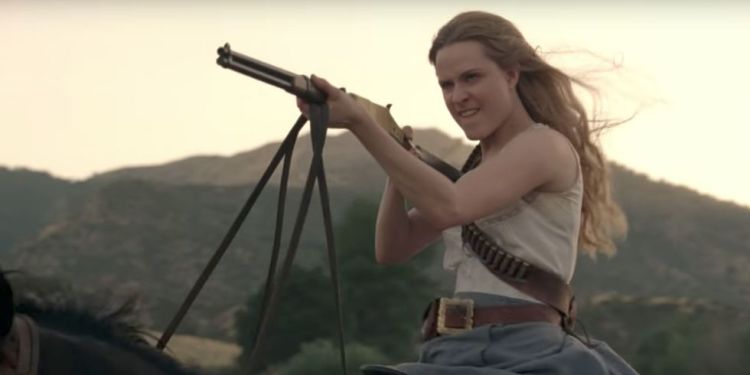 A Pound of Flesh

Let’s get this right out of the way. The original Westworld, a 1976 films starring Peter Fonda, had more in common with Jurassic Park than it’s newest iteration. The plot hinged upon the park’s visitors being caught in a robot revolt, the semblance of a Disney Park adventure from hell. The HBO re-imagining turns this up to 100 with more blood, carnage, and sex than you can shake a limbless Host at. Season 2 picks up right where the first left off: bodies strewn about, blood stained walls. The brisk running time of this first episode doesn’t shy away from the show’s staples. We  we even had one full-frontal scene. With the revolution (also now called “the reckoning”) now a primary focus in the Westworld narrative, one can bet that even more bullets and blood will fly by the end.

A major crux of Westworld lies in its deep philosophical debates. Yes, there are large flashes of gratuitous violence and sex, but what audiences connect to are the deep layers embedded by Nolan and his team. As I stated before, the original film was a tale of a fun house run amok. The new Westworld hinges on elite members of society indulging in whatever carnal sin that’s on the receipt. For this, the show focuses more on the actual hosts (the robots themselves), and whether or not their experiences of pain and suffering are on a human level. While these deep-dives in philosophy doesn’t always help the forward momentum of the show, and it all tends to implode when the writing relies too heavily on weighty dialogue (I’m looking at you, chair scenes with Bernard/Dolores chatting). Season 2 already reveals what will surely be a Russian nesting doll of philosophical and social/political debates. What other show boasts a healthy dose of gun play and Nietzsche? 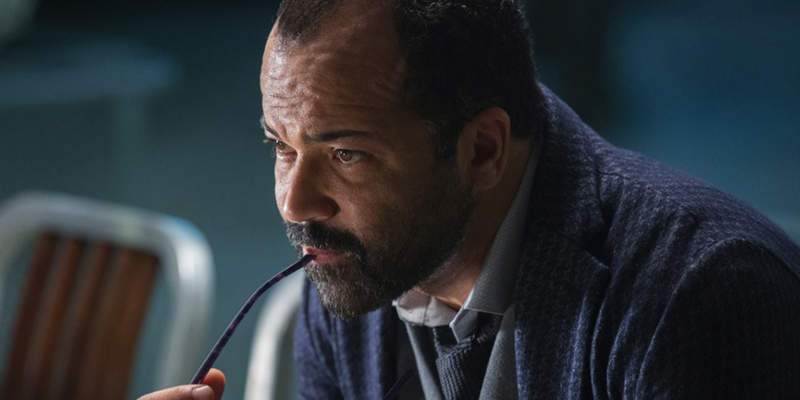 Jeffrey Wright as Bernard has questions of his own in Season 2.

Season 2 continues with its nonlinear plot lines, this time pushing Bernard into the focus of the show as we saw him both deal with a Special Ops rescue (with a full beach raid) while piecing together the events following last season’s massacre. Tandem timelines can turn out to be one hell of a narrative hook for the show, but it can also confuse things. One can argue that season one manipulated time too much and therefore polluted the show with unnecessary red herrings. Regardless, the tension building from who (and what) Bernard is within the story builds some serious tension right from the outset, and I can’t wait to see more. Also, we have Maeve seemingly teaming up with up with Lee Sizemore, the Narrative Creator of Westworld. It’s a dysfunctional pairing and one that will hopefully challenge both characters to evolve passed their current archetype. Lastly, we have Dolores and Teddy running roughshod over hapless “red shirt” civilians. Well, Dolores is riding while Teddy seems hesitant about it all. How this will all end depends on the lengths the newly awakened Dolores is willing to go as she evolves. We’ve already seen in the premiere that she doesn’t hold all hosts in the same regard, serving up more than enough intrigue moving forward.

Anyone catch the odd parallels to our current net neutrality and social media privacy debates in the premiere episode? The data sharing and DNA privacy debate is only going to inflame things on the show, and this is on top of the bloodthirsty robots gleefully lynching and shooting anything that movies. Even though Westworld is a show that is serving up it’s share of scares and horror, it’s also ripe for social commentary. Something tells me that Dolores has more in mind than just breaking free and ruling Westworld. The two biggest things any species can do when it becomes self aware is protect itself and procreate. How the show will deal with these issues is beyond me, but seeing as how Westworld has leaned into humanity’s use (and abuse) of technology in the past, I can’t wait to find out if there will be more weighty discussions in the show’s future.

Ramin Djawadi’s compositions in season one were marvelous. The German-Iranian composer has left his mark, not only on the show, but on his other projects as well (most recently, Game of Thrones and the new the Pacific Rim: Uprising). His Radiohead compositions, notably during the season one finale, were mesmerizing. I’m hoping that his take on Nirvana’s “Heart Shaped Box”, which appeared in the trailer, makes a return as well as a few new re-works. Side note suggestion: follow his music on Spotify!

What We Don’t Know 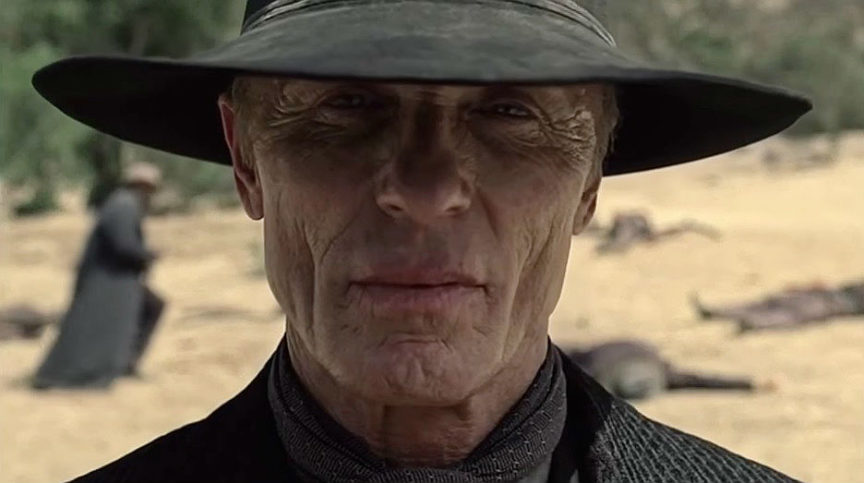 The Man in Black Rides Again

William, or the “Man in Black (played by Ed Harris), was a slippery antagonist throughout the first season. While Ford informed him back in season one that “the maze isn’t for you,” the newest game- as the freakish boy-Ford explained- is. What this game entails and what he serves to win is still unclear, but we do know that William seems elated by the fact that now the stakes are worth playing for. It’s difficult to see how he’s going to play a role in the larger narrative, but with his backstory intrinsically intertwined with Dolores, one can only hope we have a MiB v. Dolores 2.0 stand-off to cap this season.

Where Are the White Hats?

It’s obvious that the show has the stones to boldly write and shift its characters around. The way it handled Bernard and Ford is proof of this. But what will they do to the characters we know? And more importantly, is someone going to step up as a protagonist? I have debated this for almost two years and I’ve always failed to come up with an answer. The closest the show has for protagonists are Bernard and Maeve, but even they’ve done some extremely questionable things in the name of self-preservation. What did Bernard mean about killing everyone? Why is Maeve still following a script that she knows is not real? Certainly, this makes them characters that we care about (more than Dolores’ reckoning, even), but we have no idea how they will pan out. I’m hoping that at some point, a few whites hats are thrown into the mix. 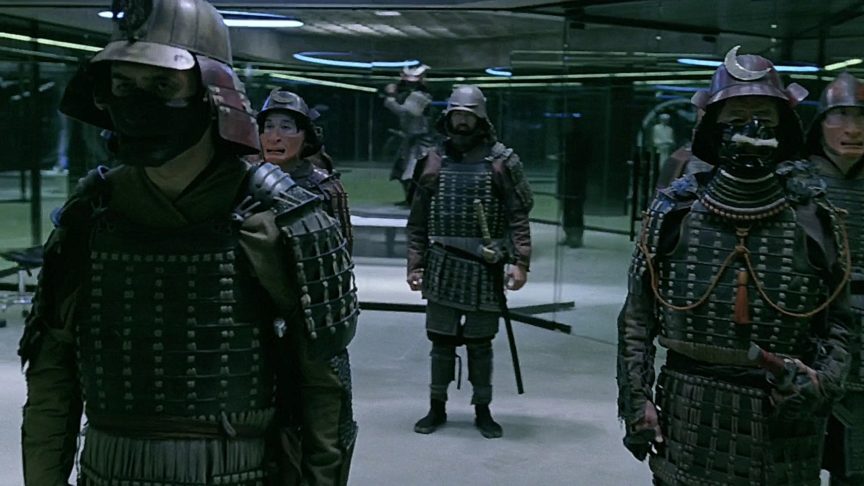 I know that I might sound like a little kid here but … where are the samurai hinted at in the season 1 closer? I’m hoping that the “stray cat” found in the premiere is a sign that the park’s borders are coming down and that, sooner or later, we’ll get to see what the other Worlds are. For now, I can only wait.