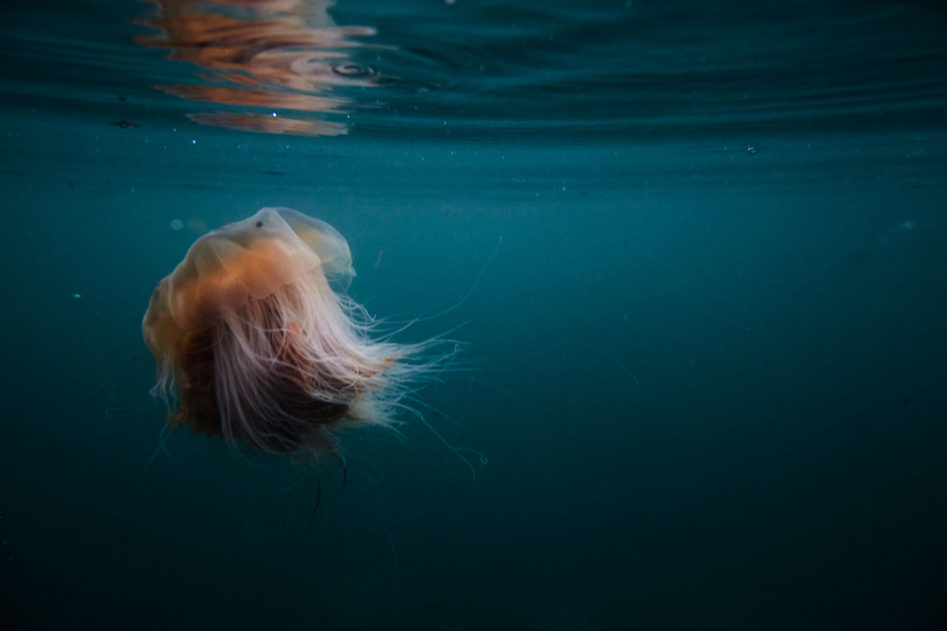 “The sea, once it casts its spell, holds one in its net of wonder forever.” -Jacques Yves Cousteau

MONACO—The world-renowned French naval officer, explorer, conservationist, scientist, author, inventor, photographer and legendary seafarer was protecting our oceans long before others had realized just how important it is to do so. It was Jacques Cousteau, in his iconic, red-wool hat, who reminded us that “the water cycle and the life cycle are one.” And it was he, from inside the bridge of his oceanic research vessel, Calypso, who witnessed firsthand the desecration of our oceans and decried: “Water and air, the two essential fluids on which all life depends, have become global garbage cans.” A recent article in the New York Times by Livia Albeck-Ripka highlights a study found in the journal, Scientific Reports, that gauged the ‘Great Pacific Garbage Patch‘, a mass of floating rubbish, trillions of bits of plastics, ballooning ‘exponentially’, with a land mass, horrifically, the size of California. Jacques Cousteau would certainly have a conniption if he were alive today. And while we wait with bated breath for a billionaire philanthropist to begin dropping major money on programs to clean up our oceans and rid it of man-made contaminants, we are grateful and praise such organizations like the Ocean Conservancy and the Surfrider Foundation that exist right now pledging to keep our oceans clean, to safeguard our sacred life cycle with Mother Nature’s abundant water reserves. 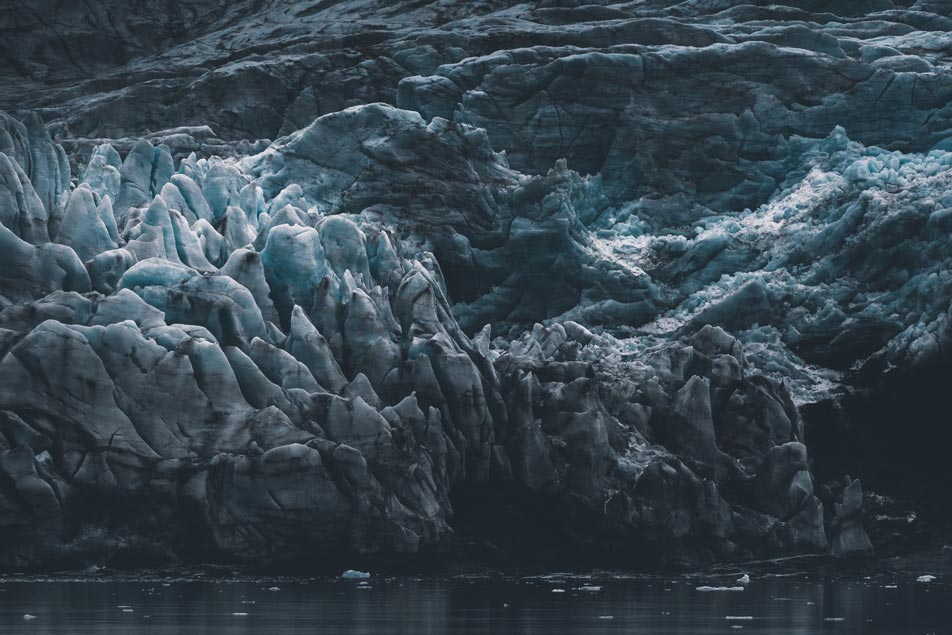 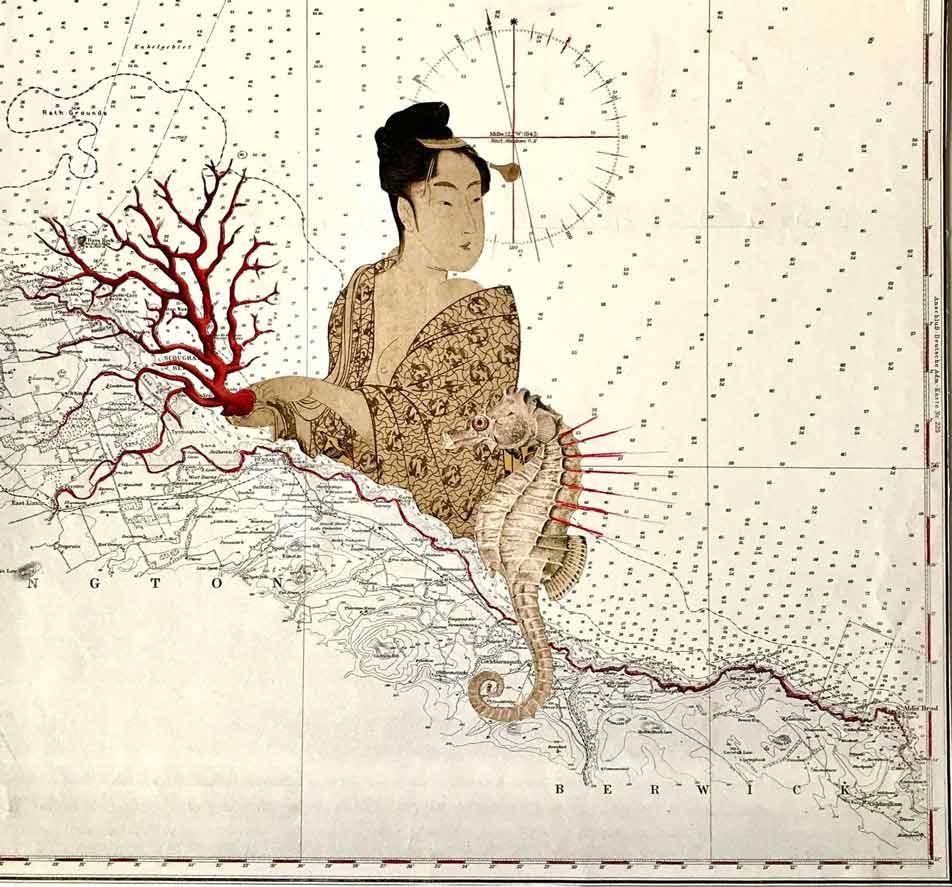 Birte Lorenzen, Around the World, Collage on Paper

Kira and Marina Roeloffs, owners and curators at META Gallery in Monaco, are indirectly bringing attention to this plight in their current group exhibition, Ocean Art Week, featuring a selection of artists from around the world who capture the varying splendor and majesty of our oceans. Artist Birte Lorenzen from Hamburg utilizes collage to create ‘imagined’ seascapes; New York-based collective, Jungles in Paris, consist of a world-class crew of directors featuring Oliver Hartman (Nova Scotia), Ben Louis Nicholas (Nantucket), and Billy Silva & Guille Isa (Peru) who pit man against nature to take us on a visual journey, not unlike any Melville wrote about in Moby Dick. And do so with the same mythic and profound proportion. American photographer and adventurer Michael Turek makes use the double exposure (and time passed) to compose captivating imagery that awakens memory as it simultaneously distorts reality. New York photographer Scott Mac Donough’s images take us on a sojourn across Alaska or to the Galapagos where he, like Cousteau, takes photos underwater to illuminate the magical spirits of sea creatures as they swim and play in their natural habitat. And lastly, Jan Erik Waider’s atmospheric photos of Nordic lands, icebergs, and coastal glaciers, remind this viewer of Russia’s epic 19th-century painters, The Wanderers (Peredvizhniki), who captured the vastness and isolation of their homeland’s topography in order to emphasize their people’s fortitude against an autocratic government. The Peredvizhniki took a humanistic approach to their woes. A good lesson to heed today, always. 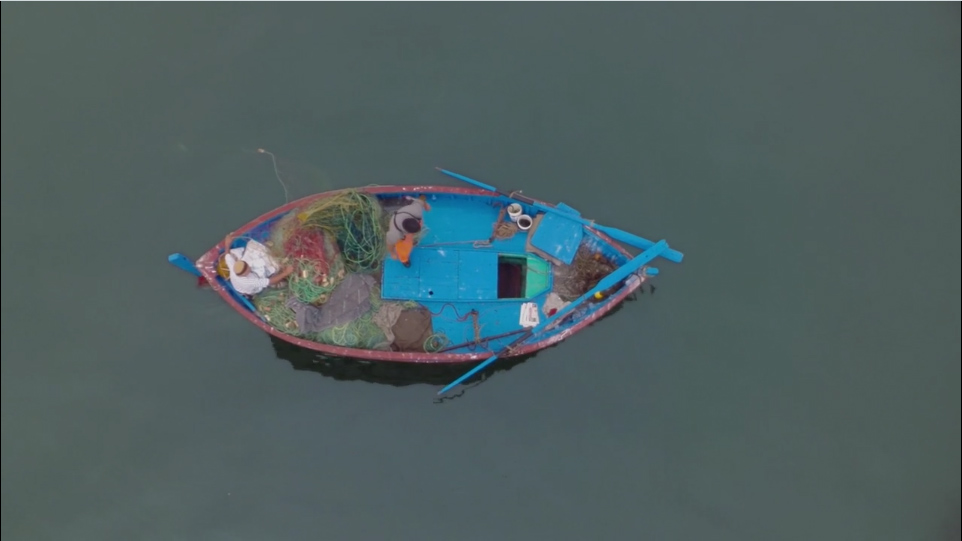 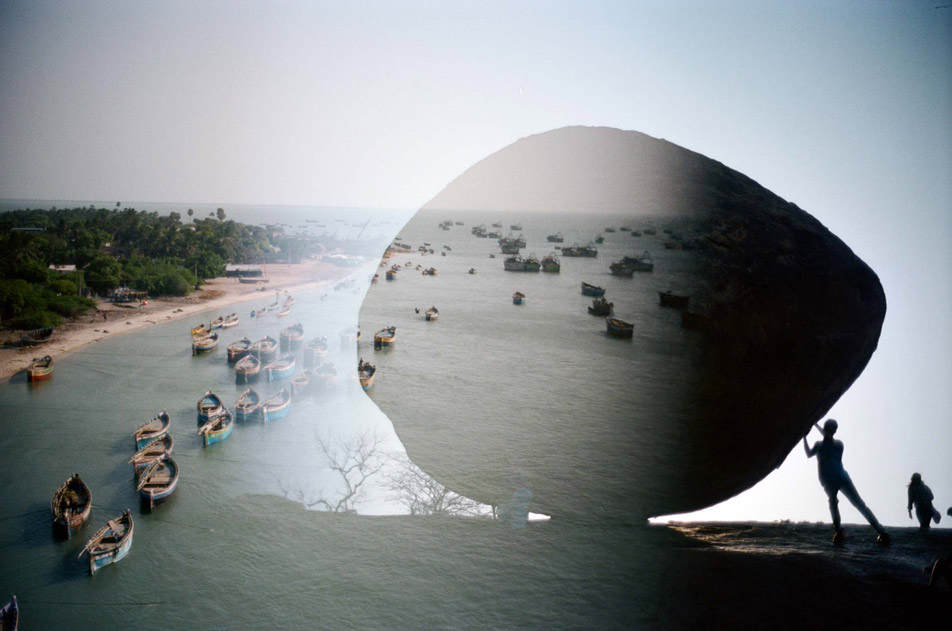 Here in Monaco, where the air is laced with the salted scent of the sea, its easy to exit META Gallery, with each artist’s interpretation of the ocean still fresh in one’s mind, and walk down to La mer Méditerranée and ponder that which Jacques Cousteau spent a lifetime trying to protect. For we are not merely reminded of our co-existence with water from Ocean Art Week but are confronted vehemently to our mortal, cultural and sociological dependence to it as well. We leave with a greater sense of responsibility towards the sea, feel a yearning to return whence we came; after all, the spell was cast long ago—buried deep in ancient seeds existing in us all— and therein lies the urge to be by the sea, nature’s gravitational whisper tugging us closer the shoreline —to remedy. Beach towels recommended. 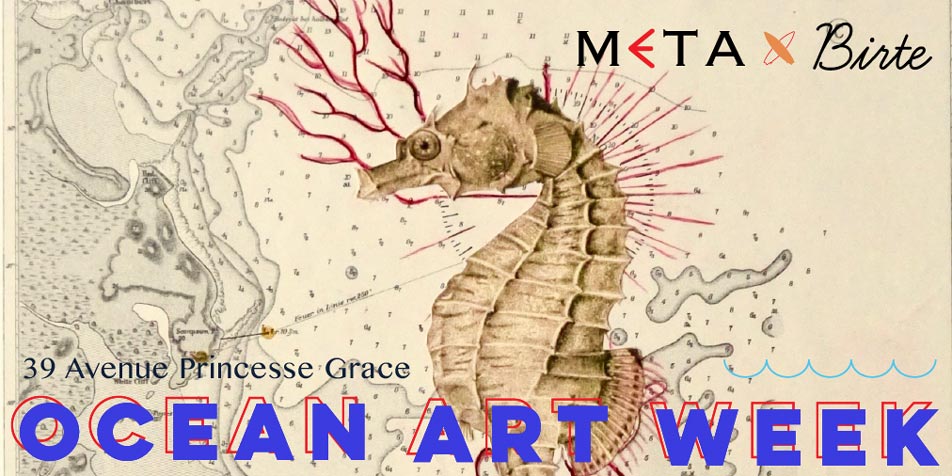