Marvel’s Black Panther is set to make history upon its release next February. With the success of the Netflix series, Luke Cage, comic fans and moviegoers have been foaming at the mouth for a Marvel major motion picture in which the lead superhero is black.

Well, Marvel did one better with Black Panther, by hiring a black director, Ryan Coogler (known for Fruitvale Station and Creed), a black production designer, Hannah Beachler (known for her work on Moonlight and Beyonce’s Lemonade), a black costume designer, Ruth E. Carter (known for her Academy nominated work on Malcolm X and Amistad) and a primarily black cast that includes recognizable names such as Chadwick Boseman, Michael B. Jordan, Lupita Nyong’o, Danai Gurira, Daniel Kaluuya, Angela Bassett and Forest Whitaker. But while it is the first Marvel film to feature a primarily black cast, it isn’t the first black superhero movie to grace the silverscreen.

Just for fun, the Quiet Lunch staff sat around and listed some modern black superhero movies that came before and paved the way for Black Panther. Never forget! 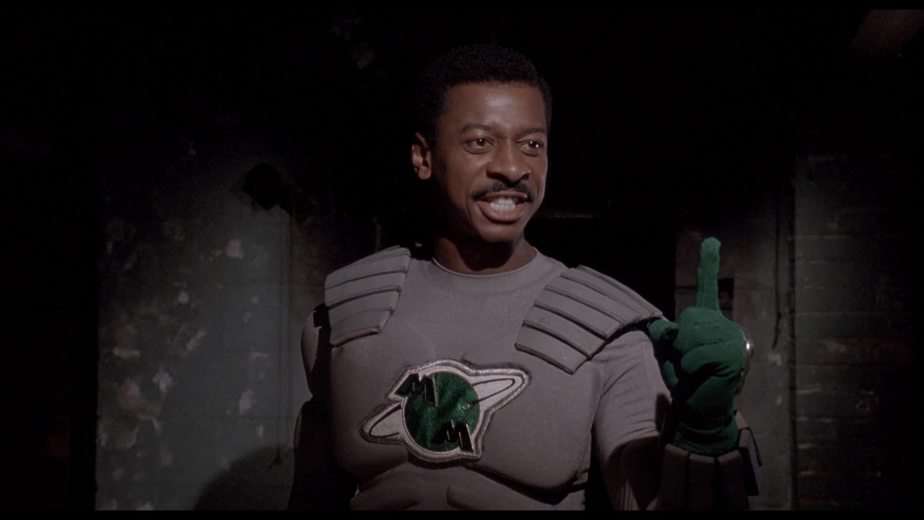 Black Panther may be the first Marvel superhero to feature a primarily black cast but Robert Townsend’s The Meteor Man is the first black superhero film to feature a primarily black cast in general. The film is centered around a mild-mannered teacher (played by Townsend) who gains superpowers after being struck by a meteor—hence the moniker. The Meteor Man then uses his newfound powers to rid his neighborhood of gang activity. This superhero comedy did not fare too well in theaters, despite its inspiring message; but Townsend broke ground with good intention.

Oddly enough, Marvel actually produced a spin off The Meteor Man comic book in conjunction with the film. 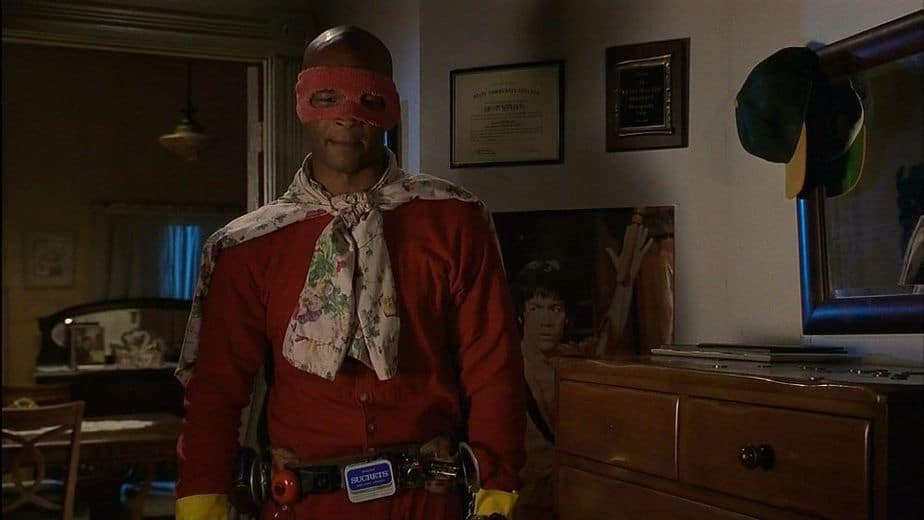 Another comedy, Blankman also flopped at the box office but, unlike The Meteor Man, it eventually became a cult classic. The film focuses on Daryl Walker (played by Damon Wayans), a klutzy, social inept repairman who doesn’t exactly obtains superpowers but instead uses his knack for creating makeshift gadgetry and conducting uncontrolled experiments to become a “bulletproof” vigilante named Blankman and avenge his grandmother’s death. Written by Wayans and J.F. Lawton (known for Pretty Woman), Blankman‘s parodical take on heroism mixed with a healthy amount of slapstick and a few raunchy innuendos make it a film worthing watching more than once.

Oh, yeah and then there’s Other Guy (played by David Alan Grier). 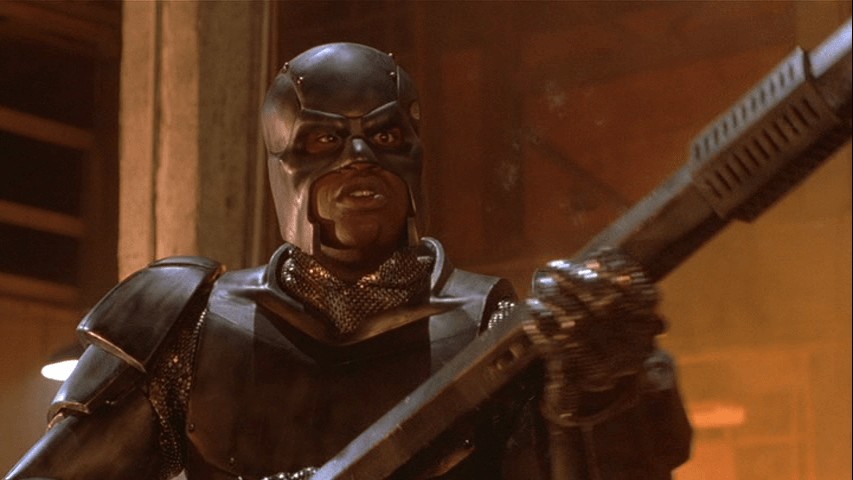 Things get a little more serious with Steel, but not that serious—after all, Shaquille O’Neal is playing the leading role. Writer and director Kenneth Johnson attempted to distance Steel the film from the DC superhero Steel which was fortunate because the movie was terrible. In fact, terrible is an understatement. It was godawful. DC probably would have sued O’Neil, Johnson and Warner Bros. for character defamation. It was that bad.

The only thing good about this film was the soundtrack standout, “Men of Steel”, a posse cut featuring O’Neal, Ice Cube, B-Real, Peter Gunz and KRS-One. 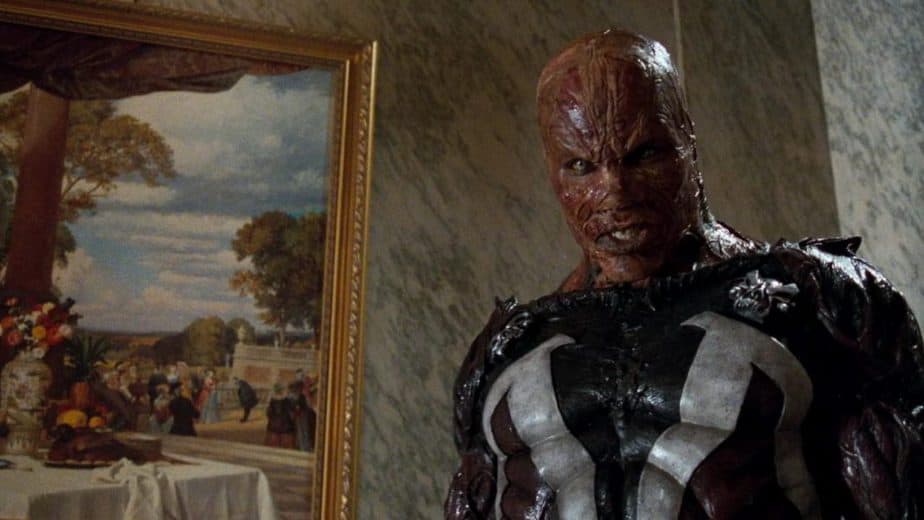 Luckily Spawn dropped the same summer as Steel and while it was only a modest box office success, it was a far better attempt. Because of Spawn’s disfigurement and subsequent hellish form, many are unaware that he is actually a black antihero (formerly known as Al Simmons). Spawn actually had the opportunity to boast a cast of primarily black leads but Todd Mcfarlane purposely avoided that by changing the race of some of the originally black characters. McFarlane claimed that he didn’t want people to misconstrue the film’s targeted demographic.

A lot of people are on the fence about Spawn but one thing is agreed upon, John Leguizamo was phenomenal and damn near stole the show. 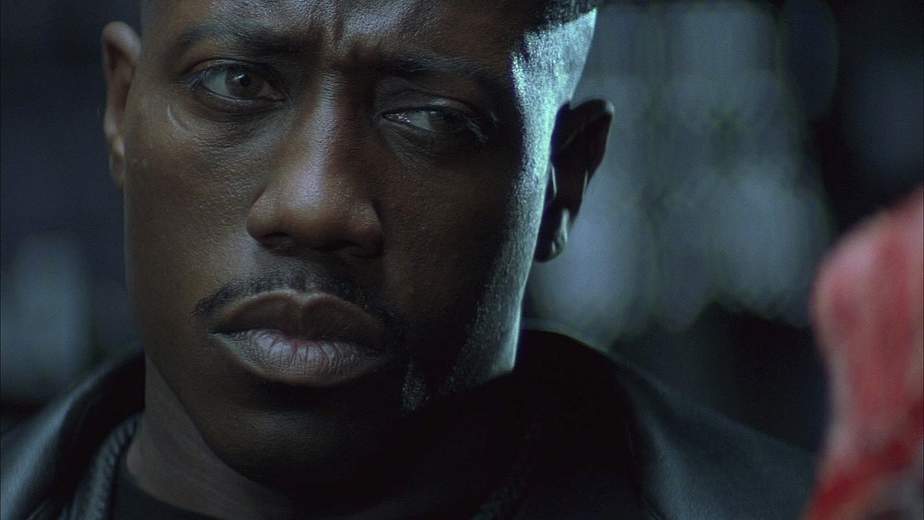 Perhaps the most popular movie on this list—soon to be second only to Black Panther—Blade was a certified hit, which was a Marvel first. The film is the only film on this list to be franchised, spawning two sequels. Starring Wesley Snipes as the daywalking, vampire slaying Blade, the movie was loosely based on the Marvel character of the same name.

Interesting trivia, Snipes had actually been rallying for a Black Panther movie since the early 90s—he even wanted to produce and star in the lead role. Unfortunately, by the time the project really started to grow some legs in the early 2000s, Snipes was already well known for playing the Blade character. 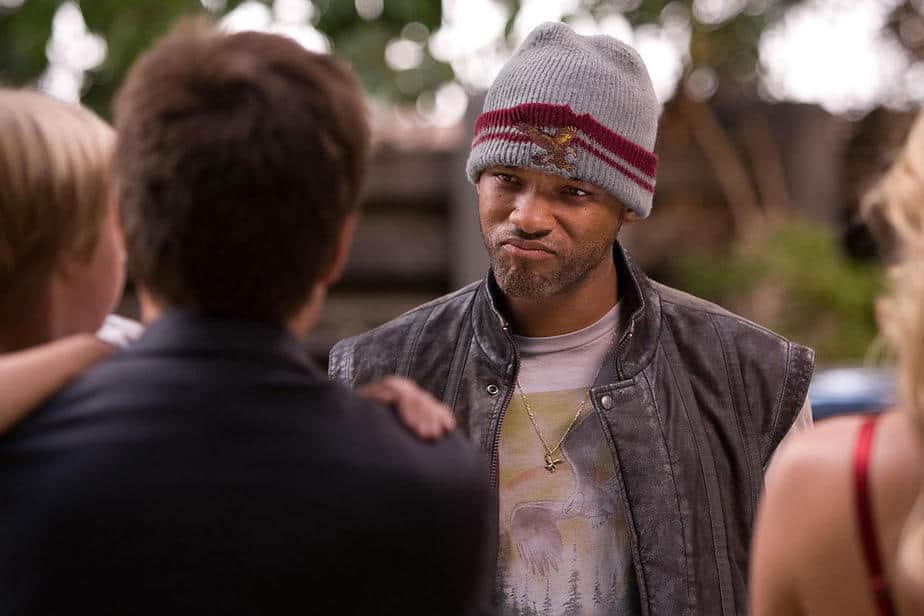 Until Black Panther hits theaters, Hancock has had the most box office success out of all the movies on this list. Having earned more than all three Blade movies combined, the Will Smith-led film put a new, real-life twist on heroism and moviegoers were all for it. Rumor has it that there is a sequel in the works.

A welcomed newcomer, this WWE brainchild picks up where Hancock left off. Instead rattling off the same old worn out fable, J.D. Dillard and Alex Theurer used the opportunity to humanize the gifted protagonist, making the story far more relatable. When watching the film, you almost feel as if Bo (played by Jacob Latimore) could very be living in a neighborhood near you.

Are there any other films missing from our list?