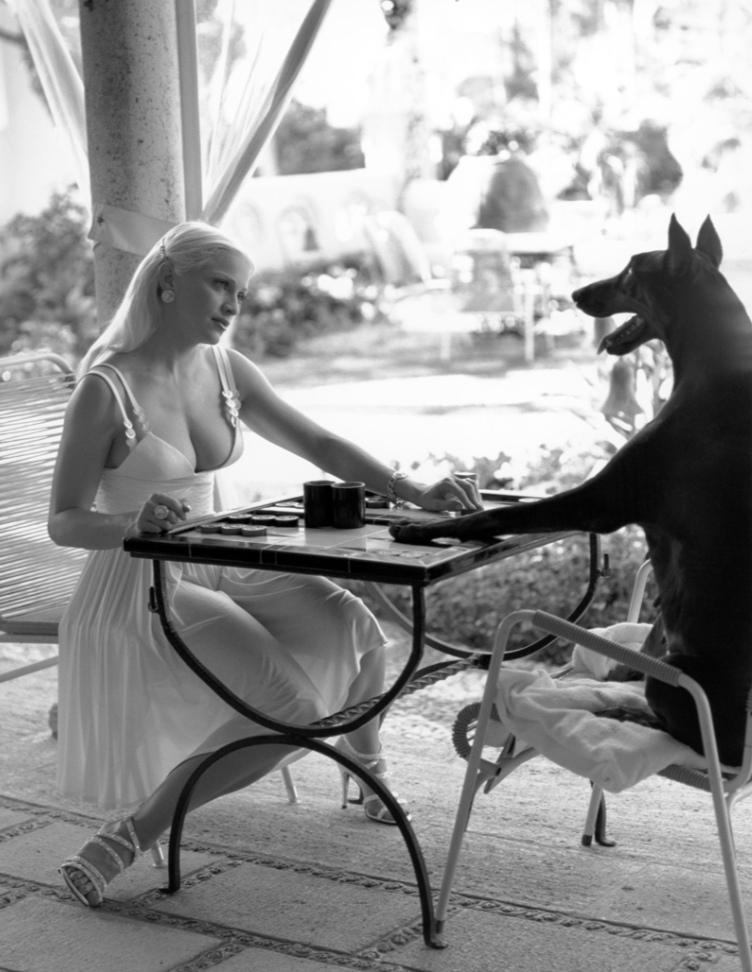 Just as fashion has reflected the aims of the current generation with a push toward genderless clothing, so, too has it sought to mirror the aspiration of a classless society (which will always be impossible so long as white men who come from a trust fund exist). With this in mind, the recent rebranding of such formerly haughty in their commitment to black and white views of gender and wealth as J. Crew and American Apparel are a strong indication of the present mindset of a population more concerned with feeling something–anything–than the donning of couture (though clearly, they’re unaware of just how pleasurable the feel of a silk Barocco print Versace shirt can be).


While Versace may have had all eyes on it once more earlier this year with the release of American Crime Story: The Assassination of Gianni Versace (featuring that haunting Patrick Bateman-inspired scene with Phil Collins and duct tape), the publicity and attention couldn’t undo the fact that the company can’t necessarily make enough of a profit on the backs of the one percent, especially when Michael Kors (formerly under the Michael Kors Holdings umbrella before it changed to Capri Holdings in honor of the purchase and the “fabled island which has long been recognized as an iconic, glamorous, and luxury destination”–for added cheese value) has made such a handsome offer to take if off Donatella’s hands. Specifically 2.12 billion dollars, or 2.5 times the brand’s current revenue. Listen, Tauruses might be bad with money as a result of their excessive tendencies, but surely Donatella knew a good deal when it for once wasn’t underneath her nose. 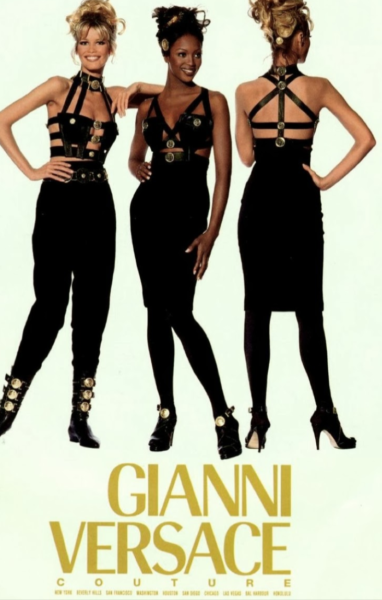 And, as though to directly oppose the standard Italian narrow-mindedness of, say, Stefano Gabbana, Donatella commented of the decision to surrender her brother’s pride and joy, “Versace is not only synonymous with its iconic and unmistakable style, but with being inclusive and embracing of diversity, as well as empowering people to express themselves. Santo, Allegra, and I recognize that this next step will allow Versace to reach its full potential.” Eh, I think we all know Gianni was more into dressing “sluts” (as he has been rumored to have bragged to Giorgio Armani back in the day–after all, gay men kind of hate women more than straight men do) over the notion of inclusivity, but okay. Maybe he would have been on the same bandwagon in 2018.

Yet try as Donatella might to write off her intentions as pure, it’s fairly certain that, like most things in fashion and in life, it was driven by financial motivation, with somewhat lesser thought put into the “integrity” of a brand that flaunts men in black briefs flanking her for optimal Eurotrash cachet. Anyway, if I sound harsh, it’s only because I love Versace so (never having owned a piece of clothing from it and all) and I don’t want it to be just one more thing sullied. And if there’s anything Michael Kors is adept at, it’s sullying.

Long posing as “luxury” for people who shop at department stores that are well below the tier of Bergdorf’s, Kors’ overtaking of the signature staple of haute couture is just one more nail in the coffin of the reverence once had for capitalism, with most in power having to recognize that mass poverty just isn’t driving enough business. 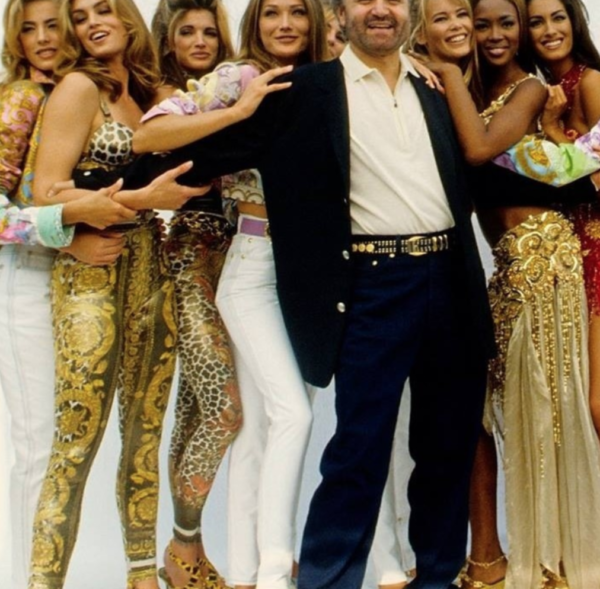 Unfortunately, when tailoring one’s already basic bitch product to something as decadent and garish as the Versace line, there is no question that a certain amount of the creative and innovative side to it is going to be sacrificed. Gone will be the days of esoteric ad campaigns featuring Madonna playing backgammon with a Dobermann (that’s a kind of dog, if you’re too poor to know breeds offhand).

So while everyone involved directly in the transaction has benefitted, the ever-diminishing emblems of status, ergo taste, have taken yet another beating. Alas, maybe when someone less grossly rich is in office we won’t want to rebel so much against accoutrements of wealth. Of course by then it will be too late to bring back what Versace once meant.