Kelly Berg creates dense textural compositions while playing with the dichotomies of flat vs sculptural space. The extreme energy embodied in her work gives the viewer the sense that her paintings emerge from both internal and external forces that lie just beyond the artist’s own conscious control.

Kelly Berg’s current solo show, called Unknown Horizon, at Craig Krull Gallery Santa Monica, CA (April 14th – May 26th, 2018) features her latest work. Here the artist constructs worlds in the midst of creative destruction. Often she makes geological formations with the various medium which frame a central flat natural representation, the former which seems to be in the middle of destroying the latter as the painting itself seems to be subsumed by the artist’s hand. The textural elements represent the sensuous world that is experienced viscerally, where the central motif refers to distant views. This scenario also sets up the dichotomy of land vs landscape. Intriguingly, the external sculptural elements also can take on occasional decorative elements, adding a formalized symbolic form of energy ornamenting the embodied energy of the materials themselves. There are hints of Jay DeFeo’s work, The Rose, although Kelly’s apparent reference takes a shared role to the central motif, and in the case of Geo-Mirror, a reflection of the viewer herself. 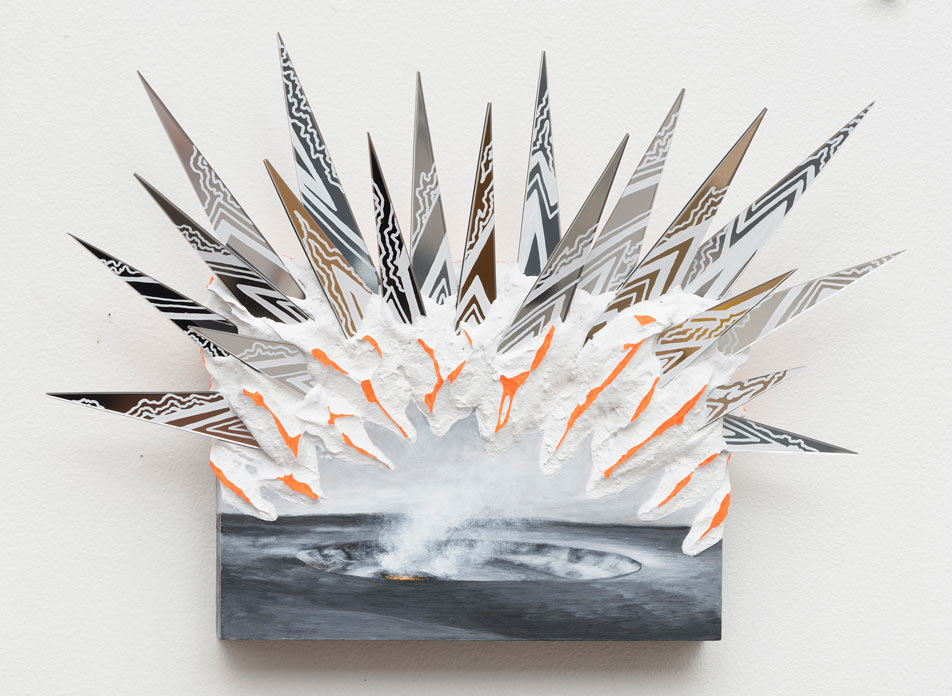 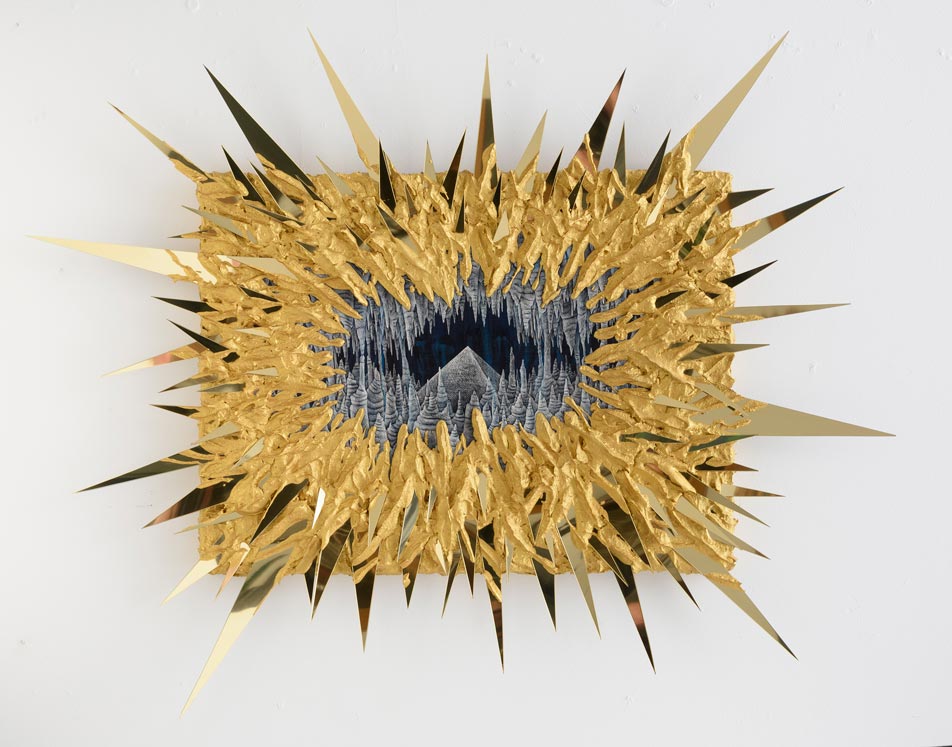 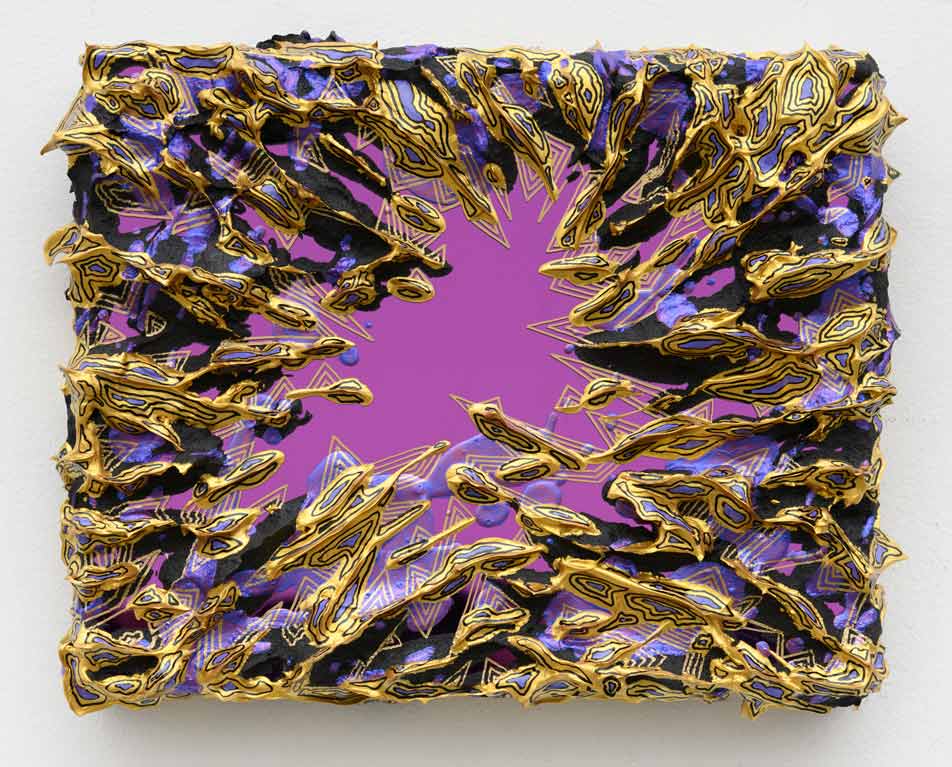 The sculptural reliefs take on different purposes from one piece to the next. In Obsidian Electric, the encroachment forms a bank to contain a river of lightning. In Kilauea, the textural element symbolizes energy emitted from a volcanic eruption. In Mysteries of the Inner Earth, the golden plastic stalactites, seem to infer a religious revere as seen in the golden starburst in Giovanni di Paolo in Renaissance Siena, in the Branchini Altarpiece and in numerous religious paintings from cultures around the world. Ultimately, Kelly Berg’s work cannot be dismissed as the latest shiny object for the ruling elite, but a real meditation of the creative- destructive process from both within and without.  —David W. Cohen