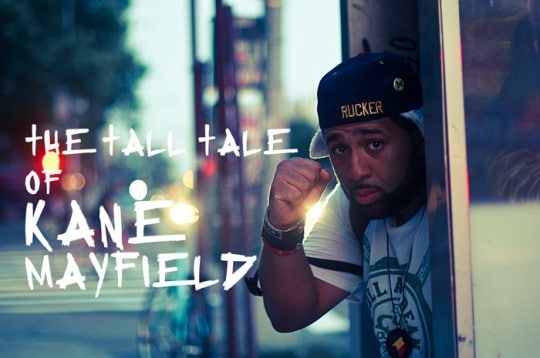 Quiet Lunch often pushes the notion of staying true to one’s self. But it is a theory that is directly injured by the nega-slogan “easier said than done”. Nonetheless, the theory still rings true for some. Not everyone is meant to chase their dream but Kane Mayfield isn’t one of them.

This isn’t the story of an artistic soul who struggled against the power drunk of current of pragmatic thinking. The tall tale of Kane Mayfield goes a little further. It features a dramatic ascension and descent of novela proportions. It also depicts a phoenix rising from the ashes. Staying true the whole pheasant of fire motif, we met up with Mayfield in the sweltering Bowery heat and quickly ducked into Pulino’s on Houston to discuss his life journey and take advantage of the complimentary air conditioning.

Mayfield, whose birthname is Christopher Reid (NO relation), is a dynamic personality who is brutality honest with its own ego. When we walked into Pulino’s, Mayfield appeared larger than life, greeting the staff as if he knew them years. His warm charm melted the bartenders’ glacial facades that was being preserved by the glorious AC. We sat at the end of the bar and he proceeded to tell us exactly how he went from stockbroker to rhyme slinger. 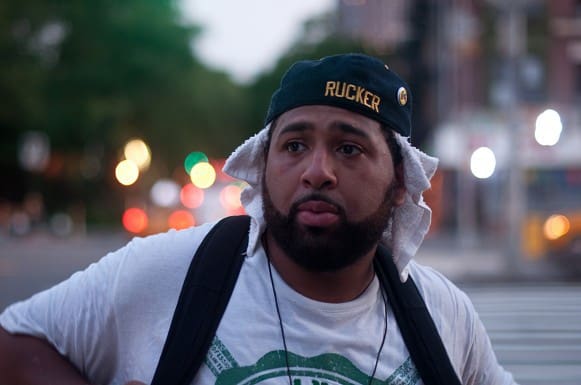 As an adolescent, Mayfield was the epitome of a go-getter. He held no punches, spared no lives and left not a stone unturned when it came to increasing his monetary wealth.

Spawned in Queens but hailing from Amityville and Strong Island — known to civilians as Long Island — Mayfield was running with wolves but eventually made his way out of the forest and into the corporate valley via a nagging but welcomed ambition. He climbed the ladder like a man possessed. Before his 21st birthday, Mayfield was making more money than most adults, he was a natural seller — but, deep down, his soul wasn’t at ease.

Mayfield was leading two lives; a corporate bull by day and a wolf by night. Pretty soon it came time to make a decision and Mayfield chose the money. Further the down line, a beautiful fianceé and a moderately lavish home in Baltimore became proof that he made the right decision. But just when the corporate bull dug in its horns, a series of unfortunate events left Mayfield sitting alone in front of his fire place, drunk and heartbroken with a gun in his hand.

So what now? He was too smart to be a hoodlum with no future and too creatively rebellious to be a corporate shark. Plus the corporate world wasn’t always kind.

Kane was at a crossroads and much like Jay’s line in “Renegades”, he drove by the fork in the road and went straight to what had been his true love all along; hip-hop. Besides, neither worlds had anything to offer so Mayfield decided to give up the paper chase to chase his dream.

“I mean, at this point, I was trapped in the box of corporate for years. I always rapped to keep myself sane… [takes a sip of beer] I couldn’t be myself. To sell all those things, I had to pretend to be somebody else… I had to pretend to be him [points to a guy in a suit and tie enjoying a plate of veal parmigiana]…”

Mayfield always loved to rap. He was in a rap group when he was a teen but when the trio were on the cusp of getting signed, executives told Mayfield that his service would no longer be required — this rejection only sent him running into the arms of corporate.

Now it was close to 10 years later and, despite spending a considerable amount of time in the “corporate box”, Mayfield spent the entire time honing his lyricism. He emerged from hibernation with sharper claws and a stronger bite. After hooking up with music veteran Headphones and releasing an EP titled Prelude to the Blade Runner in 2008, Mayfield finds himself  running with Mania Music Group and making a living out of his passion.

It was close to 6 p.m. now and we had our fair share of pizza and Brooklyn Pilsner. We asked for the check and said our farewells to the staff as if we’d them again in the morrow. We then stepped outside and was quickly reminded as to why we fled into Pulino’s in the first place. Humidity hot on our tails, we strolled up Bowery where Mayfield delivered a heavy freestyle that nearly cracked our camera lens. 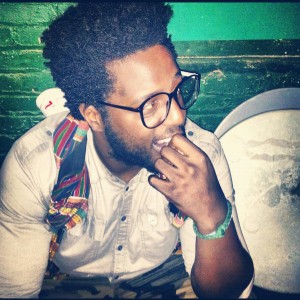