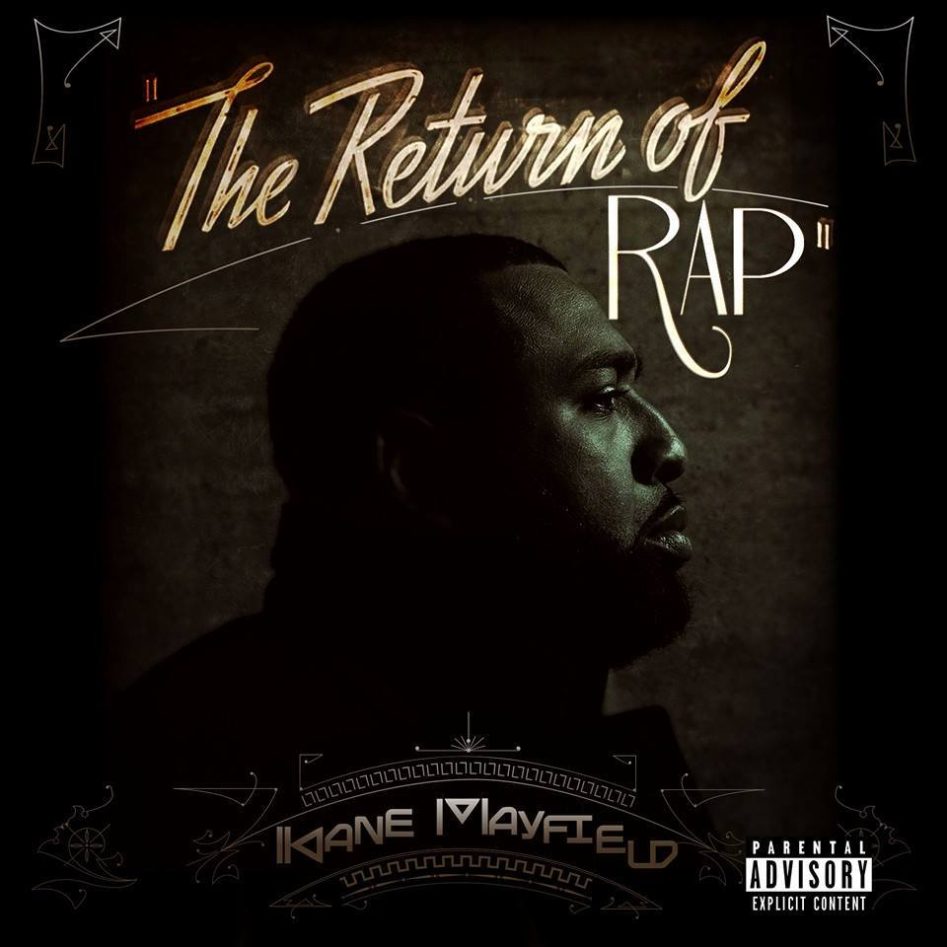 A sentient fit of sweet jazz, poignant poetry and terse streetlore, Kane Mayfield’s debut album, Return of Rap, is perhaps the most genuine project I have heard in a long time. The title, ambitious and gallant, makes a confident promise. For those who are fans of the music, this title means salvation, redemption.

Rap, subjectivity withstanding, isn’t quite the raw art form that it used to be. What used to be a natural evolution of the spoken word, first embodied by the likes of Gil Scott-Heron and H. Rap Brown, has been transformed into a cash cow milked by capitalists and opportunists. But enters, Kane, the purist; a whiskey gulping Paul Bunyan with a big appetite for home cooking and home truths. 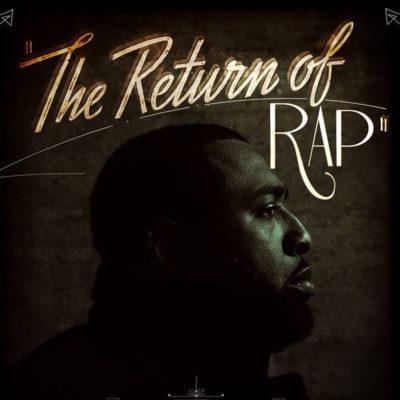 The Return of Rap is broken into two sides, but I could care less. Not because I refuse to buy into the concept, because there is no way such a seamless, potent train of thought could be cut in half. “Outro” feels like an intermission, a bridge that leads from the outskirts to the mainland, where the action happens.

Mayfield starts the album smooth, speakeasy style. You envision him in a smoky retrofitted brownstone basement, charming his way through “Shoes,” “Vitamin D,” and “The Symbol”–playing his part in a New Age Renaissance. In this first leg, you get a feel for not just the lyrics but the production. The stars cross perfectly and lets you know that this album is firing on all cylinders. This is the result of a perfectionist who takes their time.

As much I am willing to sever the siblings ties between the former and latter half of The Return of Rap, it is hard to ignore the shift that takes place during “Handprints” and “Subprime/Jungle.” By the time “Nutmeg” is in rotation, you are well aware that you are not in Kansas anymore. The aura gets gruff and calculated. Proverbial nostrils flaring, Mayfield becomes fixated on manhandling your perception of what is right and wrong with this world. He falls short of preachy pontifications. Instead, he simply serves up a rustic rhetoric that is both truthy and lyrically sound.

Mayfield lends his all in the last few songs. He lends his sincerity, his dexterity, and a much needed severity to the gallery of commentary that can be found throughout rap, one of our most recent cultural phenomena. “Rap Music” and “Beaches” serve as an excellent build up to “Chronicles” featuring Jacquelyn ‘phoenixsoul’ Clemmons; a song that could easily be considered the crown jewel of the whole project. “Chronicles” is a special song for many reasons. It has a unique composition that sums up the album’s dichotomous appeal. It is the theme music to an innate duality that lies within us all.

Mayfield is currently asking listeners to pick a side. Forgive me for not playing by the rules but I pick both sides—the first, the second and even the theoretical third. Every dimension of this well crafted, thoughtfully brash album is worth listening to. The Return of Rap is the manifesto of an artist who is in the trenches of a creative conflict; an artist who is fighting to save the very thing that saved him.

You can find The Return of Rap on iTunes, GooglePlay and Spotify. Buy it TODAY.