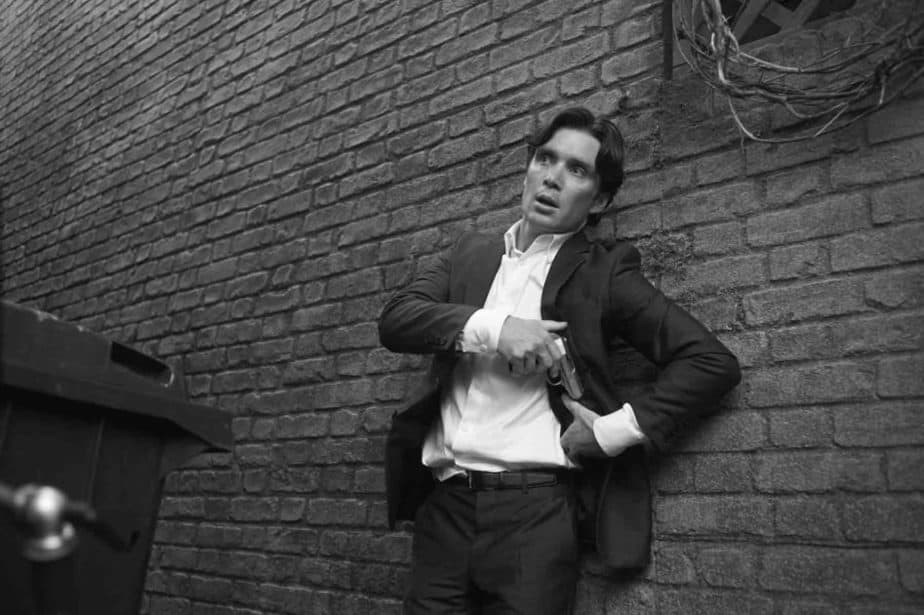 Unpack this: You do look slightly ministerial in that pinny—in a 21st century, post-modern, post, post, feminist sort of way. Says Patricia Clarkson’s character, April to her BFF, Janet, albeit the woman who is about to prove that you can still get your ephemeral feelings in a world of hurt when you find out that your husband has been keeping secrets from you. I spoil nothing, it is all in the trailer. 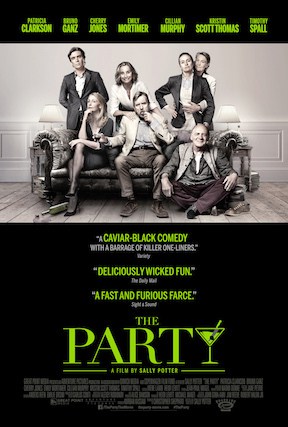 Besides, you’re the newly elected shadow minister of health in Great Britain. You’re a woman. Your husband is a successful academic and you are about to throw a little get together for six of your closest friends and the phone won’t stop ringing with well-wishers from everyone from your mum to your lover. And life as you know it is about to change–forever. The Party is not a traditional who dun it—everyone is doing it. But an absolutely delicious who’s going to do it black comedy and the question is not with whom but why?  Written and directed by Sally Potter, the screenplay is so tight that despite the fact that it is dialogue rich, not a single word is wasted.

It’s a tease of a movie that will appeal to anyone who has ever been in a relationship for more than five minutes, sacrificed something for the other person in the partnership, and wondered what life would have been like if only. The entire film comes in at a breathtaking 71 minutes (nine minutes shy of what the Screen Actors Guild considers a narrative feature). I’m not one to quibble over semantics, it walks like a duck to me. It’s shot in black and white, on a sound stage, with legit movie star, Kristen Scott Thomas and a stunning ensemble of character actors, three British, two Americans, a German, and an Irishman. Cillian Murphy plays,”extremely good looking, wanker-banker (Tom) with “the ability to make millions of dollars out of other people’s misfortunes,” in an “extremely expensive suit,” donated to the film by Prada. He wears it well. Beyond the suit, I will say no more except he is even better as an actor.

There is no question that the best lines (and they are all fantastic) go to Patricia Clarkson as April who is blessed with dry comedic timing that it is impossible to imagine anyone else in her role. She is a one half of a Greek chorus, saying what all of us are thinking or wish we were smart enough to think at the speed of a freestyle rapper. The other half belongs to her boyfriend, and life-coach (not hers), Gottfried, played by the German actor, Bruno Ganz whose aphorisms and unbearable clichés have driven April to call him an embarrassment.

Her words may bite, but they’re all true. She’s a realist, so she “tends to think the worst of everybody.”  Just like in life, not every line of dialogue conveys critical information but in a style that is acerbic, teeters on the edge of sarcastic but never leaves the milieu of satire. 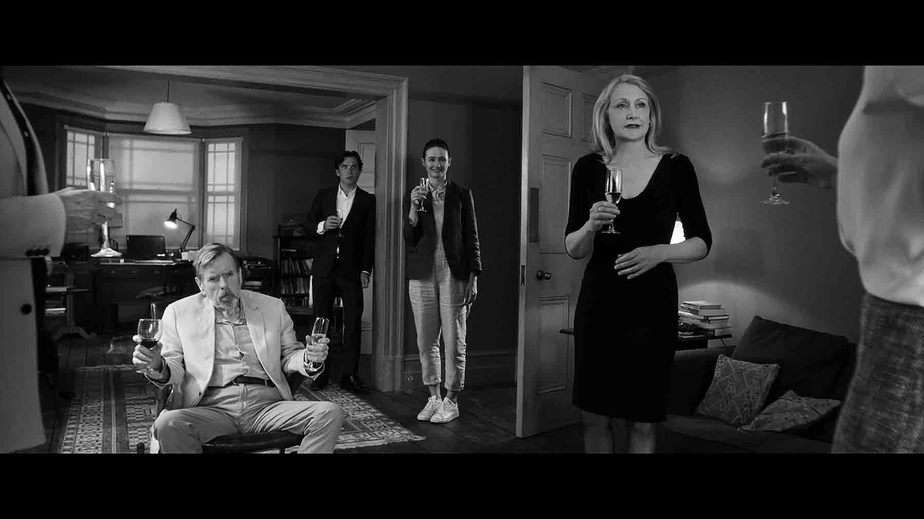 Cherry Jones whose theater, film, and television credits are almost endless and has enjoyed a career spanning more than three decades,  plays Bill’s best friend, fellow academic, and soon to be a first-time sixty-year-old mother. Martha who April calls a “first-class lesbian and a second-rate thinker” is of an age where she can still make smoking (with the right cinematography) look glamorous.  Timothy Spall as Janet’s husband, Bill, manages to keep an almost catatonic stare throughout and somehow remains engaging. He is an audiophile with an enviable record collection that doubles as a soundtrack that itself is almost a character in the film. The last member of the ensemble is Emily Mortimer who plays Jinny, the younger pregnant wife of Martha.

The entire film takes place over the course of a dinner party, in one location in which Potter uses every inch of the environment (I love a good bathroom scene or four), but trounces the limitations of the setting and surpasses the goal of a comedy of unfortunate events. It is no less than a satire about deception, class, politics, and a German aromatherapist/life-coach. 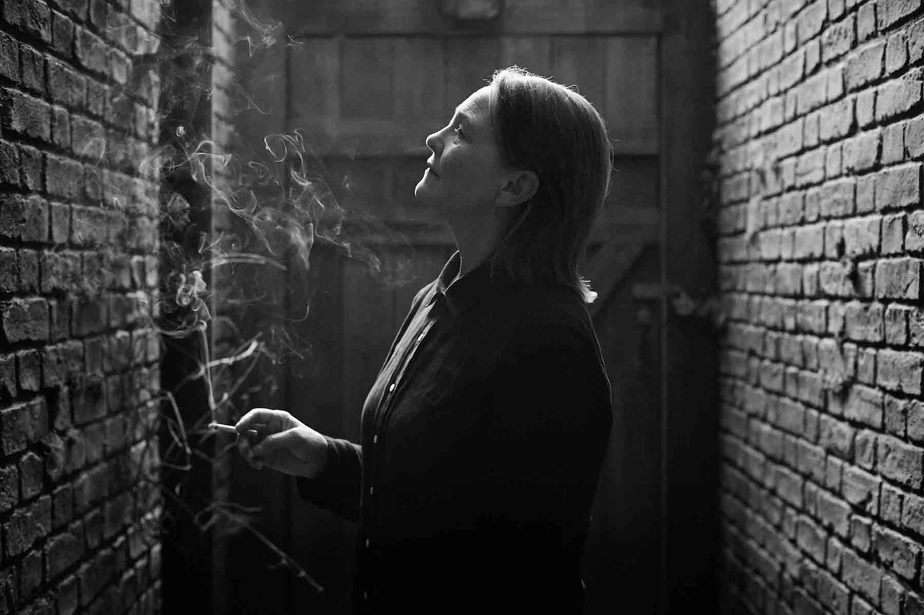