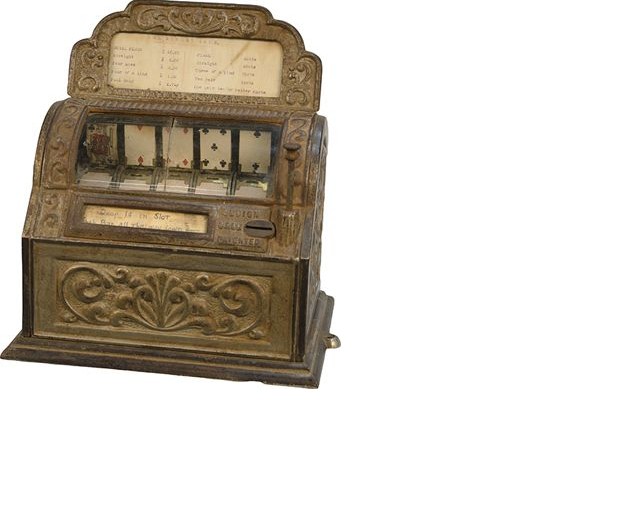 Little do people know that slot machines, or fruit machines in the UK, were actually a game inspired by poker. Today, the invention of slot machines are usually credited to a man named Charles Fey, inventor of the Liberty Bell slots that featured fruit icons (hence the name fruit machine). While Fey is a great inventor in his own right, due credit must also be given to the one who actually thought about the concept first. In truth, the world’s first casino gaming machine can be attributed to inventors Sittman and Pitt.

Sittman and Pitt were inventors based in Brooklyn, New York. People that lived in 1891 got a taste of playing the gaming machine that would forever transform casino gaming. It might not be the same as MGM Casino’s slick and lively video poker machines or Gioco Digitale’s powerful Dragonfish software, which runs many online slot machines today, but at least people in that era experienced the first ever technology of gaming machines. Sittman and Pitt’s machine worked the same way as video pokers and slots combined, but with a few technical differences. First, instead of using reels, the machine used drums. This meant that instead of spinning, the first video poker used drums to flip random cards on the interface. Similar to the modern 5-reel slot machines, there are five drums in total and each of them contained 10 cards. So that’s a total of 50 cards in each machine. The poker machine worked like this: In each game, players would need to form a poker hand from the 5 cards that will randomly appear on the interface. Every time a player wins, he or she will receive a prize in the form of commodities.

During that time, there were gambling laws in the US that prevented gaming establishments, known as salons, to offer money for poker machine winnings. So, instead of cashing out coins, players won in the form of drinks and food. For example, getting a pair of jacks would mean winning a player a drink of his choice. On the other hand, getting a straight can get a player to eat a full meal. At the time, each spin cost a nickel, and wagering 5 cents for a juicy steak with mashed potatoes wasn’t such a bad deal.

There are many similarities between Sittman and Pitt’s machine and the modern slot machine and that includes the one-armed lever apart from the 5-reeled slot. It may not be evolving today compared to Fey’s Liberty Slot that have enjoyed development over the years, but at least Sittman and Pitt’s machine made the first mark of conceptualizing a revolutionary gaming machine.