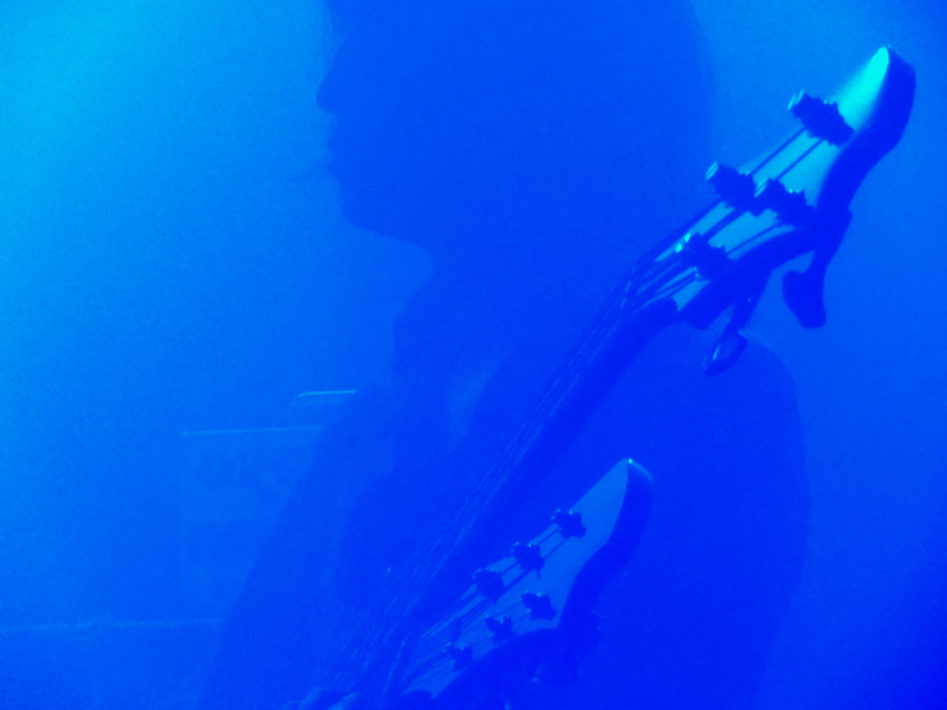 No one can hear you scream at a Boris concert. Shrieks of terror, elation, and concern all go unheard, lost in the din. Last Monday, August 4th, the Japanese drone metal group melded Saint Vitus bar in Brooklyn down to a tiny piece of flashing tin.

The performance, billed as a “drumless drone set,” was added after the announcement of their current “Live Noise Alive Tour 2014.” They had played The Bowery Ballroom the previous night. 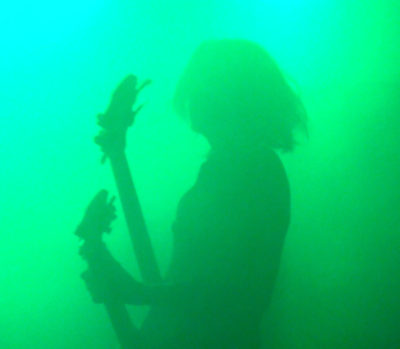 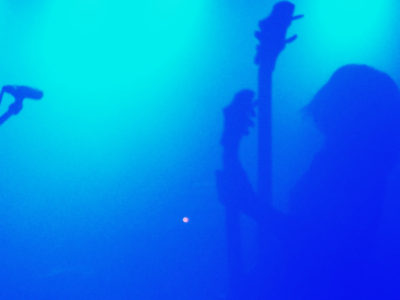 Wata and Takeshi walked on stage, picked up their axes; Atsuo followed behind settling in a pit of black machines, a golden gong emblazoned above. They appeared in the normal pre-show light for only seconds before the smoke tumbled out into the room. It pumped all night, while the rainbow’s every color flashed one after the other ceaselessly the whole night though. From that point all anyone could see were colored silhouettes.

They came out crushing what was left of the soundsphere. The ringing in the ears joined the all-encompassing chugs of thick, abrasive metal guitar as the fourth instrument. The feedback lept into one’s soul and shook the bones from inside the marrow. The sound had many heads and many tongues.

Boris’ live performance unleashes the most unnatural, inhuman noise. To experience it is to experience the music of the Beast. When I closed my eyes, billowing flames flooded the walls and ceiling. When I opened them, Takeshi was taming the noise with his doubleneck bass/guitar, riding the hot white symphony of the annihilated decibel. He looked like a caged animal, trapped in one spot, but pulled left and right by the merciless waves. In the back, through the gauzy colors, all that could be seen from Atsuo was his arm clutching a mallet as it gathered the momentum to strike the gong. 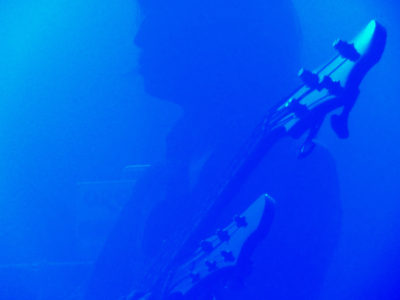 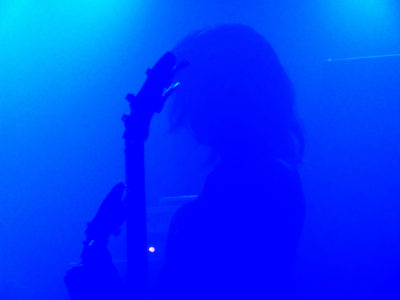 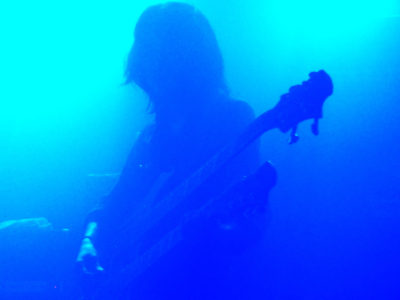 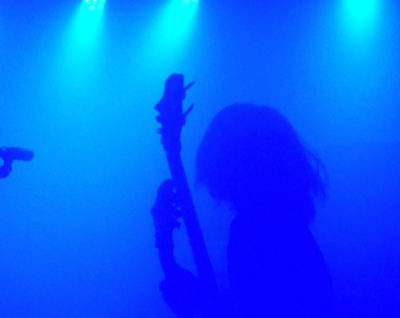 The set wasn’t much different from their usual one, but the lack of Atsuo’s measured pounds allowed the drone to spill out without restraint. They played a conglomeration of songs from their discography, which ones exactly could not be determined, but somewhere were compositions from their most recent album, Noise, released internationally June 17.

Among the amaranthine expanse of hazardous noise were the briefest moments of calm. Midway through the performance Atsuo tapped a tambourine once every few beats while Wata sang so softly that the microphone could barely pick up her voice. Each rattle of the tambourine echoed down the hallways of time and the presence of continuously wafting smoke eliminated the parameters of the room. 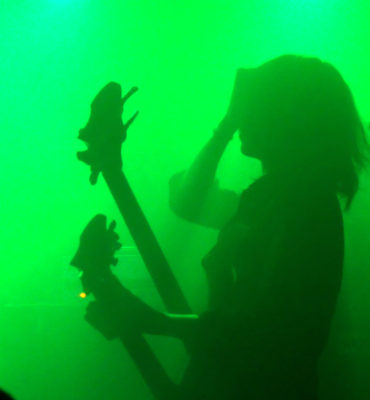 And it was all so peaceful until Takeshi rang in with sudden bolts of lecherous, intrusive guitar–unforgiving and scathing–and back into the molten sound we fell. The eardrums worried. The girlfriends, not quite sure what they’d gotten into, fretted. As the house lights returned everyone looked a little lost and hair-brained. The performance was merely a lamb short of being a slaughtered.

Later on, after the show, in a quiet room, the reverberations of what I had heard echoed through the walls of my ear canals. The entire concert played backwards in a roaming, fluctuating and glowing tinnitus. The chirping and whirring locked groove of ten thousand distorted sparrows wouldn’t start to deafen until the morning.