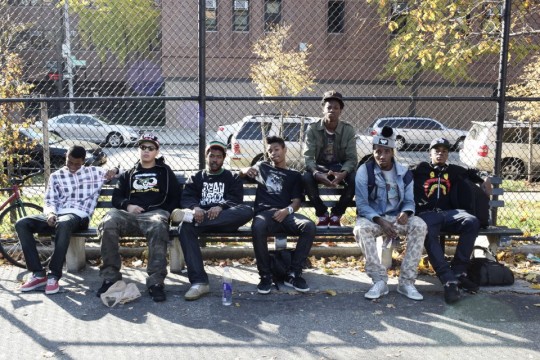 In wake of all the hoopla and yellow bellied antics, the world did not end on December 21st, and those who decided to forgo Christmas shopping were forced to face their friends and families empty-handed. I, for one, am especially glad that the Mother Earth didn’t meet her demise, because I would have had little time to listen to Peep The aPROcalypse, the new mixtape from Brooklyn collective, Pro Era. 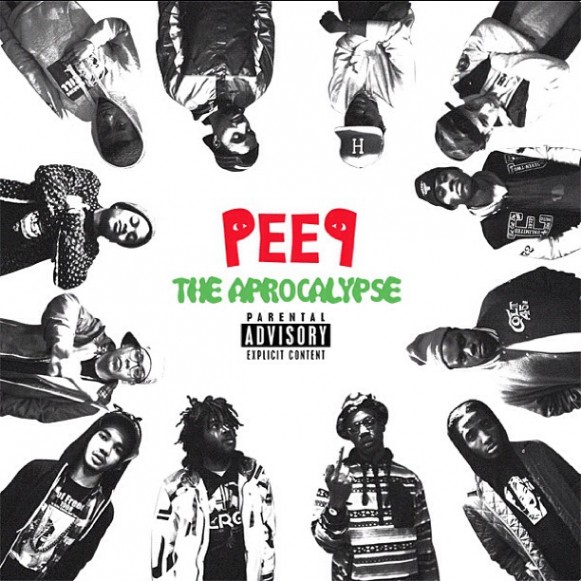 Before I begin, Quiet Lunch would like to send its condolences out the Progressive Era crew for their loss. Nineteen year-old Jamal “Capital STEEZ” Dewar, who nearly stole the show on “Survival Tactics”, was found dead on Christmas Eve. Gathering from a last tweet by STEEZ that simply read, “The end.”, many believe he committed suicide. With a heavy heart, I write this review.

Peep The aPROcalypse is a thoroughly stellar effort. Much like A$AP Rocky and A$AP Mob’s, Lords Never Worry, many might approach this mixtape with a hidden bias. For those of you who do not know, Pro Era–short for Progressive Era–is a rap collective from Brooklyn made up of twelve members: Joey Bada$$, Capital STEEZ, Chuck Strangers, NYCk Caution, Dessy Hinds, Kirk Knight, CJ Fly, Dyemond Lewis, A La $ole, Rokamouth, Dirty Sanchez, Powers, and Kwon. To some, Joey Bada$$ is the brightest star of the bunch–Peep The aPROcalypse agressively changes all of that.

The entire tape is a simmering cauldron of boom-bap. Pro Era does warm-up stretches on “Like Water”, a piano-laced exhibition sprinkled with an always welcome Nas sample. From there on, tracks like the brooding “Run or Fly” and the raucous “F A Rap Critic” quickly up the ante. One of the most surprising songs is “The Renaissance,” which features Pro Era showing some versatility on a Flamenco-oriented beat. The track also sees a more frantic, harsh sounding Joey Bada$$ who is usually very defiant, but tempered.

Kirk Knight holds his on own “Florists” while Dessy Hinds nearly implodes the Earth’s core on “Vinyls”. “School High” is a feel-good song that will appeal to any drug abusing academic. “Overseas” is a bit of a snore. The song is a smooth affair, but CJ Fly and Joey don’t exactly hit the nail on the head like they did on “Hardknocks”. Perhaps the most prolific song on Peep The aPROcalype, is “K.I.N.G.S”. Unlike Joey and CJ on “Overseas”, Joey and STEEZ recapture the same chemistry they had on “Survival Tactics”. The song is haunting, but also very engaging and thoughtful, especially considering that STEEZ is no longer with us. Holding a candle to “Suspect” from 1999, “Last Cypher” is a fun posse track that features the crew going in family style. “Bun N Cheese”, along with the “Interlude 47”, could end up being wrongfully overlooked simply because they reveal a looming evolution in Pro Era’s sound that may go over some listeners’ heads.

Overall, Peep the aPROcalypse is worth the listen. It really shows the crew coming into their own in light of Joey Bada$$’s success. Pro Era has officially avoided the task of escaping Joey’s shadow–and that is no error. 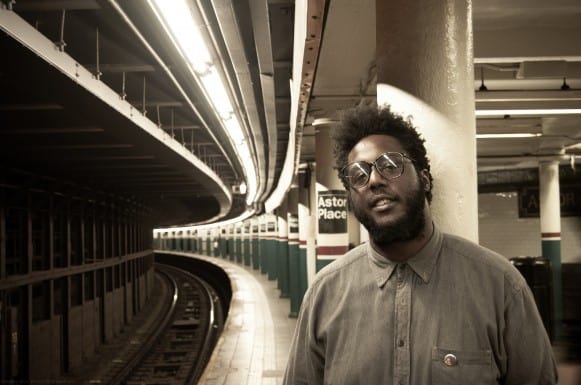