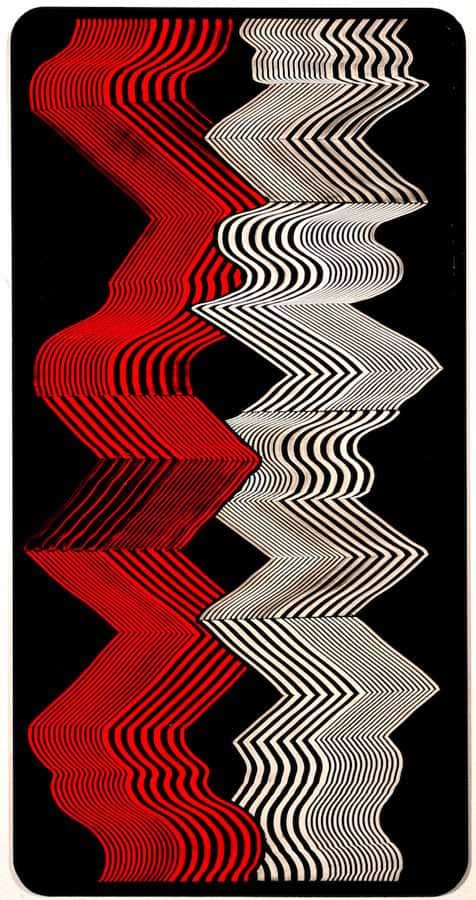 The first time I saw Sydney Cash’s latest series of paintings depicting wavy lines jutting out of dark surfaces, I immediately visualized brain waves, a heartbeat, and DNA links twisting and unfolding. These vibrating, orderly patterns of wavy, intersecting lines gave me an immediate sense of calm which then shifted into a kind of vertigo, a feeling of elated disorientation. This vertigo was achieved in the past by paintings such as Manet’s Olympia (1863) and Picasso’s Les Demoiselles d’Avignon (1907), both of which stunned and amazed the Parisian bourgeoisie when first placed on public view. Eventually, with the inception of Kinetic art (early 20th century), and later with Op art (early 1960s), viewers’ eyes were shocked and mesmerized by the powerful bodily sensations created by repeated patterns and lines. Their reactions led to an inquiry of how we perceive the world around us, and are ultimately what Op artists explored in their work, as they aimed to enhance viewers’ perception and reality. As a practicing Buddhist, perceptions of reality permeate Sydney Cash’s spiritual life as well as his work. 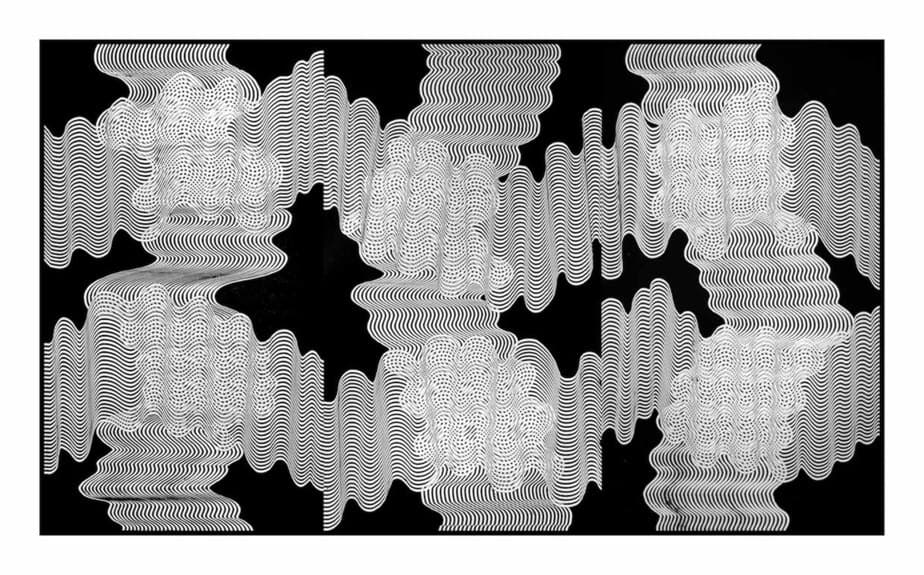 Cash’s artwork has been developing and metamorphosing for fifty years. His practice is comprised of paintings, sculptures, and installations that grow from examinations of movement, light, and line. In his words, “Central components to my approach include a spirit of investigation and experimentation, and a pleasure in failing well.”

I met Sydney last year when he, by chance, entered a gallery in New York City where I was curating an exhibition of Op Art. Energetic and slender with a salt-and-pepper goatee and metal-rimmed round glasses, the artist was pleased to witness the renewed interest of art critics, galleries, and collectors in Op and Kinetic art. We started a conversation on perception, religion, and the calming and concentration-inducing powers of patterns and geometrical shapes.

Here are some highlights of our communication, where Cash spoke about his art and life:

“For me the practice of Seeing has often been the generative creative experience. For more than 50 years I have learned to be attentive to when and how Seeing is occurring. Not our ordinary seeing, but the non-dual process of Seeing that I’ll often encounter in a concentrated state in my studio, when I’m on a silent retreat, or sometimes just aware. There’s a dynamic difference between what is seen by the ordinary eye and that seen by the inner eye. Dedication to that process over time is what moves the focus and attention of an artist into heretofore unimagined realms. For me, this started in the 1960s while meditating with “unfocused vision,” a process where the critical mind stops, and everything is perceived as a greater awareness. Currently my Seeing is experienced more as Presence with Luminosity. An inclination towards Seeing is an important aspect of why some people are drawn to become artists.”

“My paintings of the last ten years have been gesture-based. I do not use a brush, but have developed inventive techniques and tools that respond to my body’s movements. This work uses oil paint on paper to create patterns. It’s similar to Japanese Zen brush painting. There’s an immediacy and physicality to the imagery, and also, as in Zen, there is an appreciation of the realness of the unexpected and the imperfect. It’s quite Wabi-Sabi.

These paper paintings, are bonded onto sheet aluminum, making the paper ultra-flat. With my technical skills, I can make the substrate’s shape follow the paper’s edge. This year’s exploration, first shifted the rectangular format by introducing rounded corners, and then had forms move through the straight sides. As a result, those paintings became more “object-like.” Most recently I’ve been using larger gestures on larger paper, collaging multiple paintings onto the rigid substrate to create even larger artworks.”

On Portraits and Patterns:

“It’s interesting to have lived long enough, and to have been prolific and inventive enough, to see the relationship between themes of interest that have occurred and recurred over decades. Patterns and portraits have been two such themes. From the 1960s when I was reproducing copies of antique wood and stone carvings of heads, to the early 70s when I was compulsively sketching people on subways or buses in NYC. 1975 was spent making self portraits during a period in which I thought I was dying. (A voice I kept hearing said, “artist, see thyself.”) After getting my health back, I invited people to sit in my studio for formal portraits, and also became an Artist-in-Residence in two different New York City hospitals, drawing patients and staff.

In the 1980s I made kinetic wall pieces with lenticular-like industrial glass that scanned paper patterns behind the glass. In the 1990s, I silk-screened fine-line patterns onto sheet glass and constructed crystalline-like sculptures that had internal moiré-based kinetic imagery. In the mid-2000s I made light-and-shadow patterned wall sculptures. Then, four years ago I began painting patterns with oil paint on paper images of historical portraits. Soon after, I worked similarly with photographic portraits, both appropriated and original. It was a satisfying amalgam of two of my long-term interests.”

Sydney Cash’s artworks featured in this article have been selected from his pattern paintings of 2017.

In this development of the artist’s oeuvre, curved lines in pulsating patterns are the central figure of narrative. The sharp white or red lines on black background suggest clouds or gusts of wind shifting in the sky, and the contrasting colors awaken memories of ancient Chinese lacquered vessels (black symbolizing water, red fire, white purity). The viewer wonders about the connection between the micro and the macro, and thereby contemplates interiority in art via the visible and invisible. Cash’s powerful contrasting patterns usher the observer into a synesthetic experience where, in the words of the artist, “Seeing is more than just seeing.”

Sydney Cash lives and works in the Hudson Valley of New York. Largely self-taught, the artist was mentored by painter and sculptor Ben-Zion, a founding member of the Expressionist group “The Ten” (along with Mark Rothko and Adolf Gotlieb). His public art projects include a permanent installation of sixteen large scale windows for the MTA’s Queensborough Plaza subway station. Cash’s work is included in numerous private and public collections including the Museum of Modern Art, New York, The Museum of Fine Arts, Houston, the Renwick Gallery of the Smithsonian Institution, Washington, D.C., and Musée des Arts Décoratifs, Paris, France.

And since you’ve come this far, Sydney suggests that you read the Hafiz poem: Enthusiasm to Express Discovery. 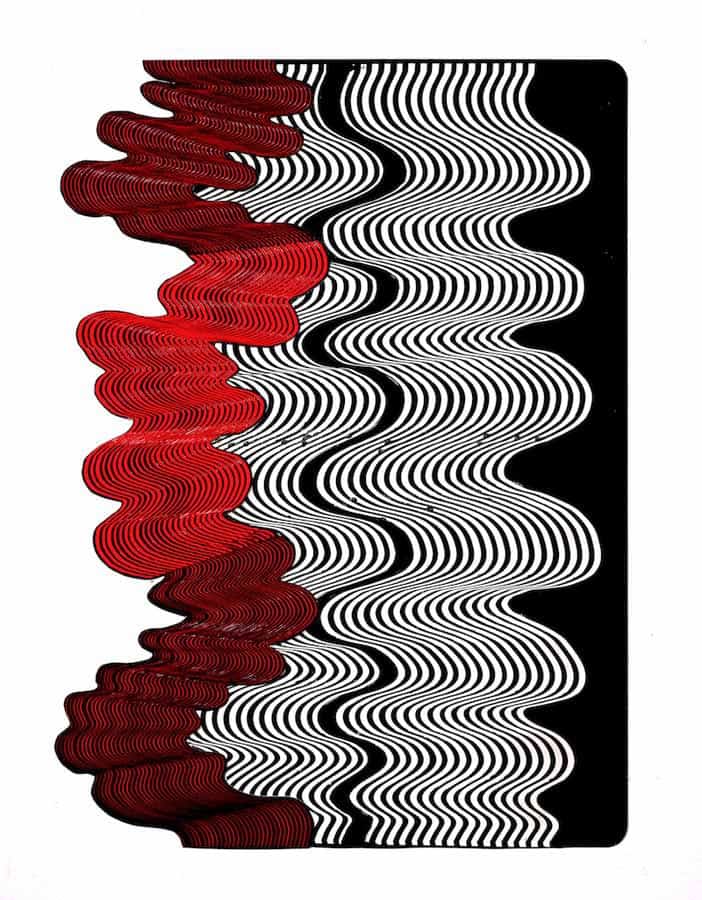 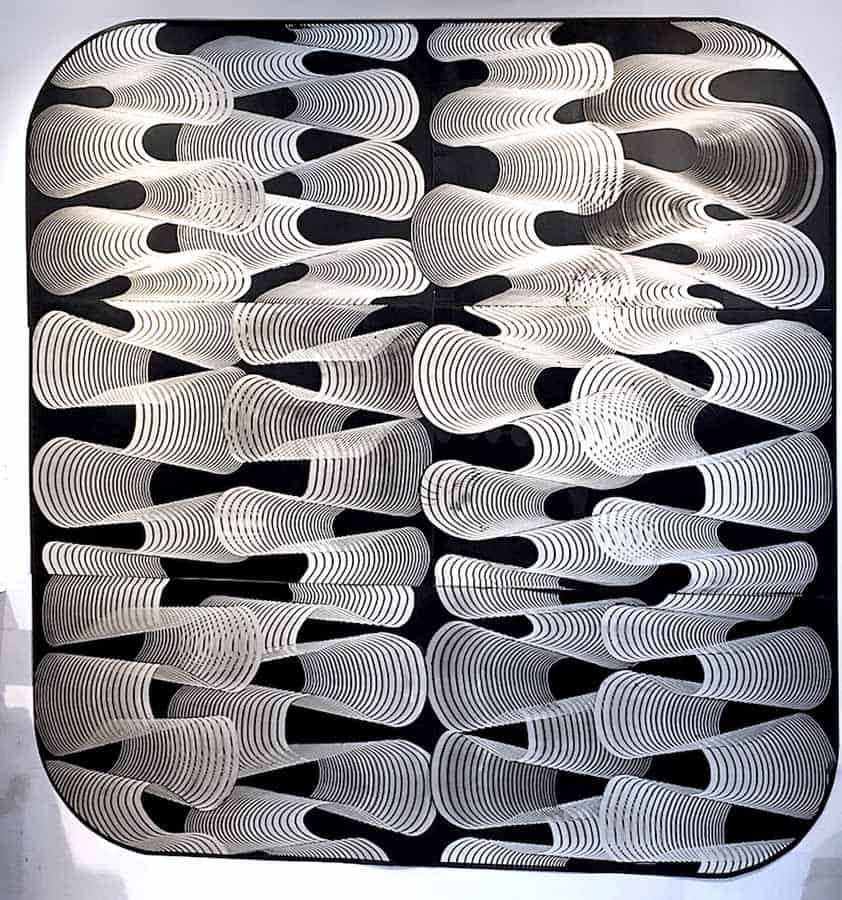 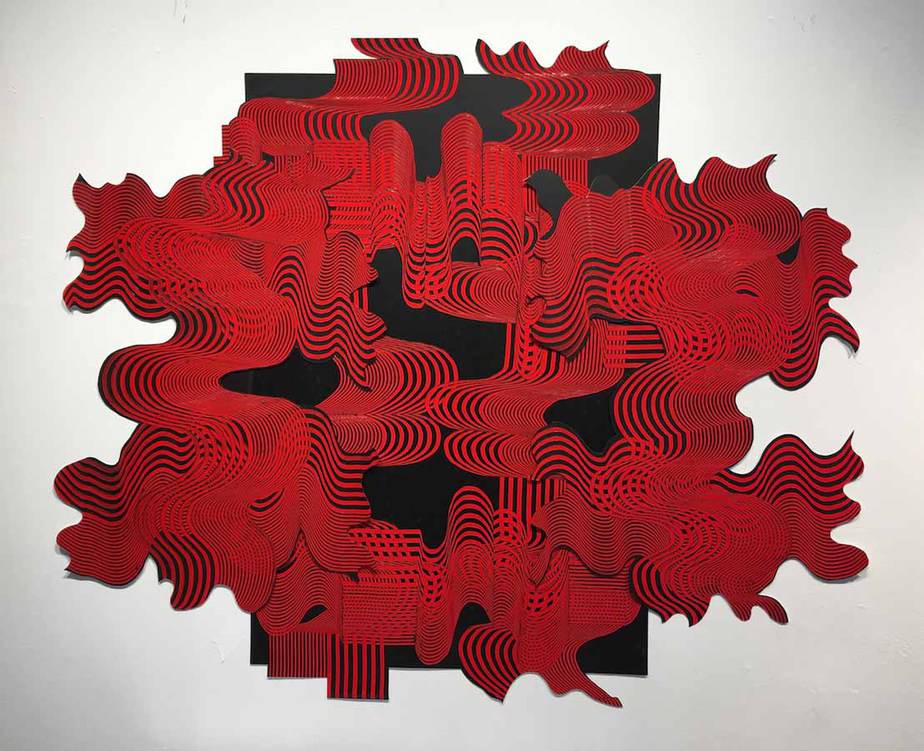 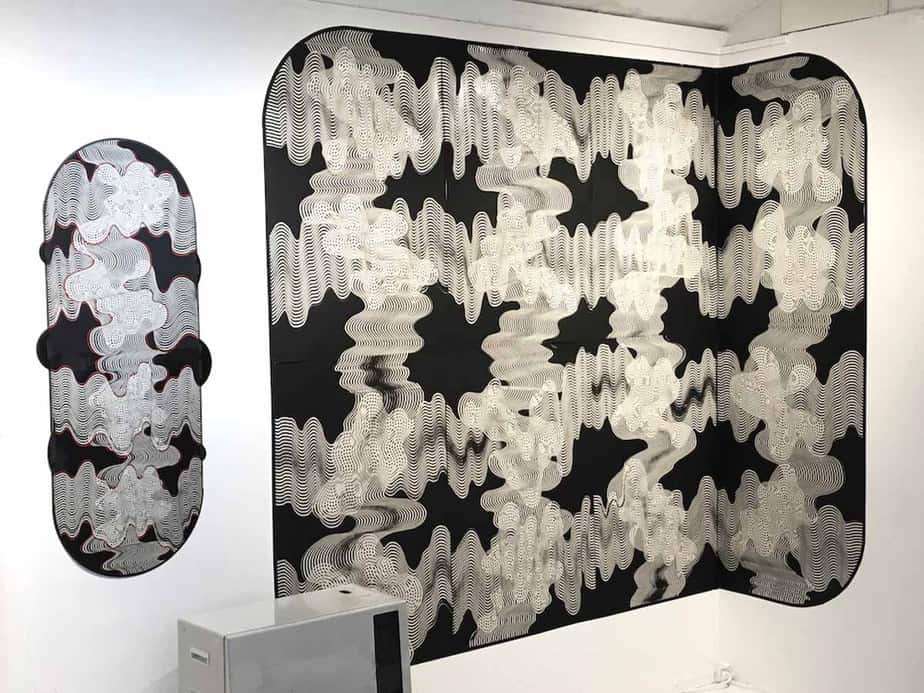