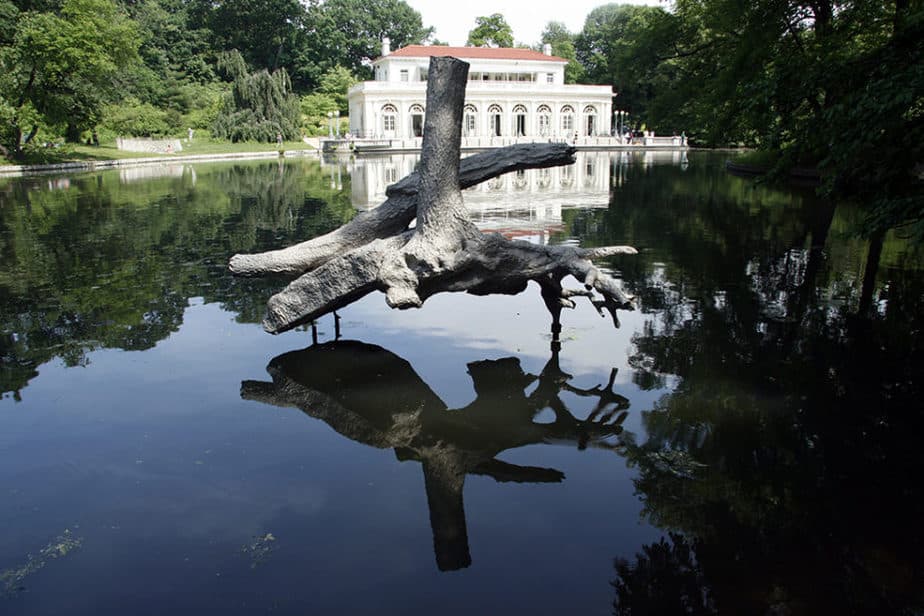 Robert Lobe’s recent sculptures are “like field reports from adventures of discovery in a forest lab doubling as studio, canvas and text.” Lobe is committed to a practice that requires his being in nature, walking and hiking in the woods and mountains. Lobe seeks certain combinations of trees and rocks that inspire him. The relation between a growing tree and the more fixed boulder which may be near or connected signals a relation that might become one of Lobe’s pieces. From “giant clumps of scenery” done decades ago in which large tracts of trees and boulders were rendered, to individual configurations of trees and related stones, to combinations of these with wall reliefs, Lobe’s range of grey metal casings are invented from tree forms that he chooses and they often suggest human figures. Installed in the WEST BROADWAY GALLERY, 383 West Broadway just below Spring Street in Soho, are a selection of recent pieces and drawings that contain splashed metals.

The techniques Lobe has brought to his practice are innovative and inventive. Describing his use of material and methods he stated, I have adapted a classic process called repouseé, where sheets of flat malleable metals, most usually in the past of gold, silver, tin and cooper, are raised and ornamented with designs in relief hammered out from the reverse side. Repouseé has been important in modern industry where the metal is hammered over a form and not into a form. This is how, for instance, the Statue of Liberty was made… Aluminum is the modern miracle material, the gold of the Twentieth century; it does not have the baggage of the past… I take flat sheets of aluminum… into the woods and cut, stretch, compress, and hammer them around the trees and rocks that inspire me. I use mallets of various sizes and then pneumatic tools that strike the metal a thousand to two thousand times a minute. I know of no artistic antecedents for using pneumatic tools for repouseé work.

There is a beguiling quality to this work, its shades of grey metal and light/shadow effects combine with degrees of subtle shininess. In apprehending the textures and forms one is stuck by the fact that the trees are truncated. This disconnect prompts one to question the underlying meaning in the work. The influence of American Transcendentalist thought and the specific object of Donald Judd meet in Lobe’s work. He is involved with landscape the way painters of the 19th century intended to present nature; it is a line carried through by Lobe, a direct relation to nature as the source of reality. Making art out of nature is allegorical, being as much a reflection of the human condition as nature. I’m interested in creating a specific place with my sculptures which my audience can automatically trace back to its real source even if it is no longer, necessarily a real place. Extended through May 13th. Gallery hours: Saturday and Sunday 11am to 6pm. 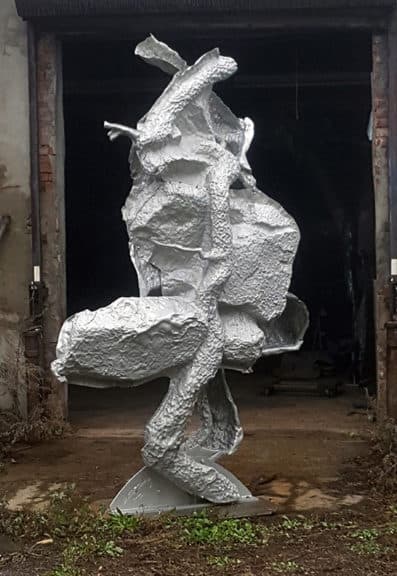 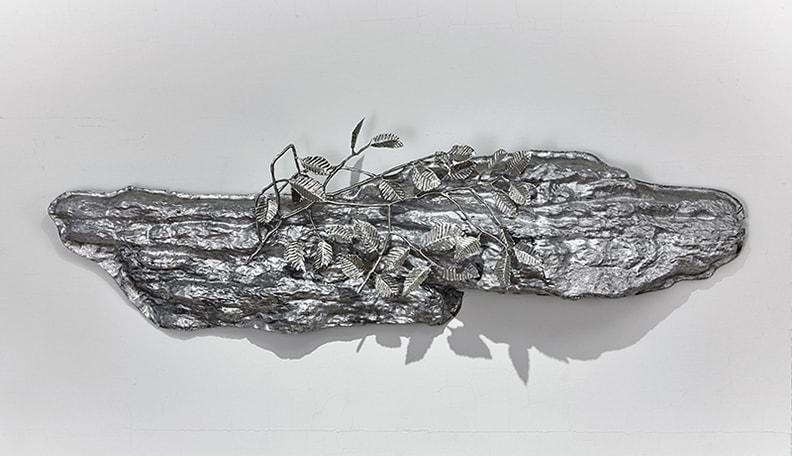 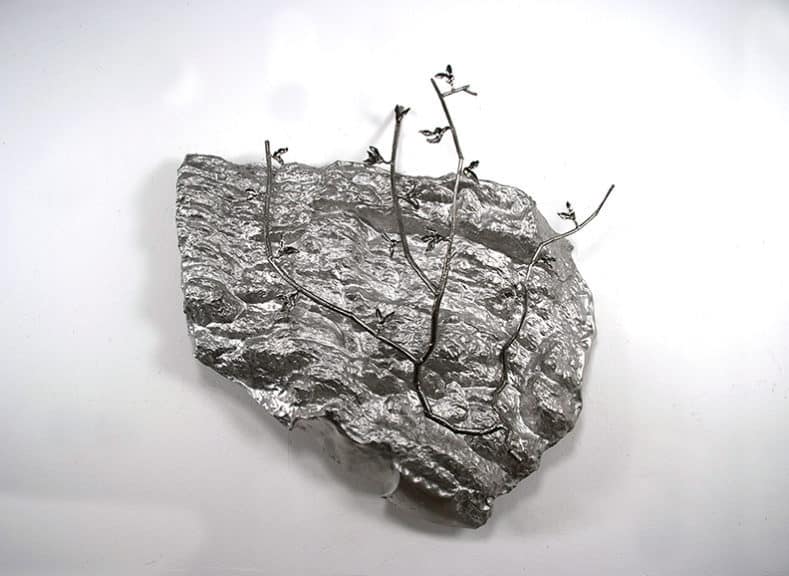 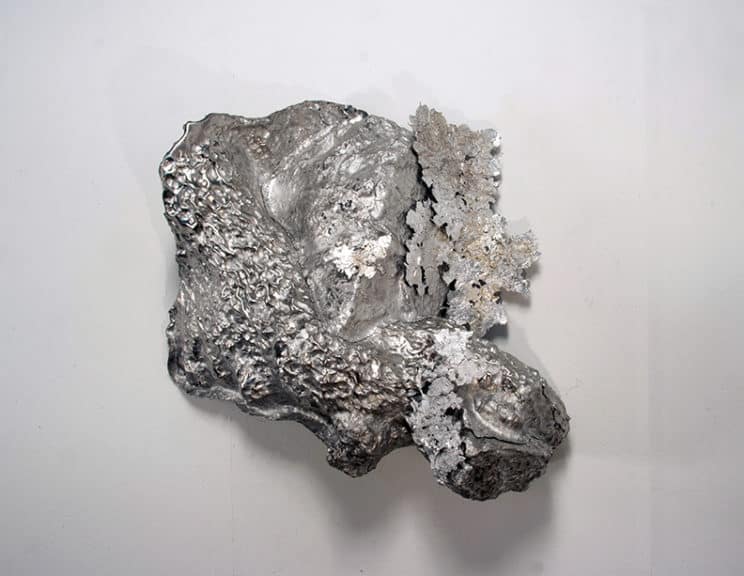 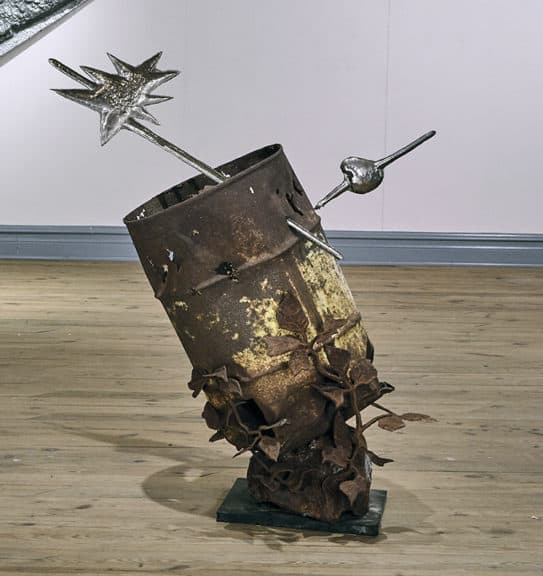