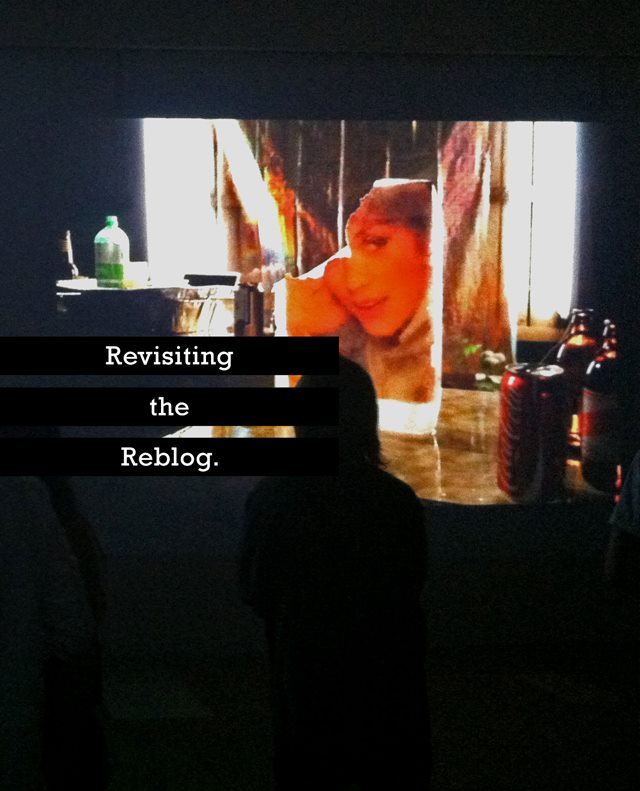 Walking into Brooklyn’s SIGNAL Gallery last Friday night turned every human face into a dark silhouette with a fuzzy lining of white light. The light splashed from two door frame-sized projections of revolving photographs. Photographs from the work of 200 artists make up the current show titled, BLOG RE-BLOG.

Copy and pasted together by Max Marshall and Paul Paper, the show seeks to reflect the oversharing of images online and present them in a physical setting. The goal of the exhibit is “to underline the way images are spread on the Internet, where the questions of authorship, curatorship and crediting become accentuated,” Paper explains.

Each photographer was randomly paired up with another and chose one image from the other’s catalogue. “The photographers had free reign over what images they selected from the paired artists’ portfolio,” says Marshall. The results are a little drop from the massive collection of images that have become a swallowing vortex of the Internet. 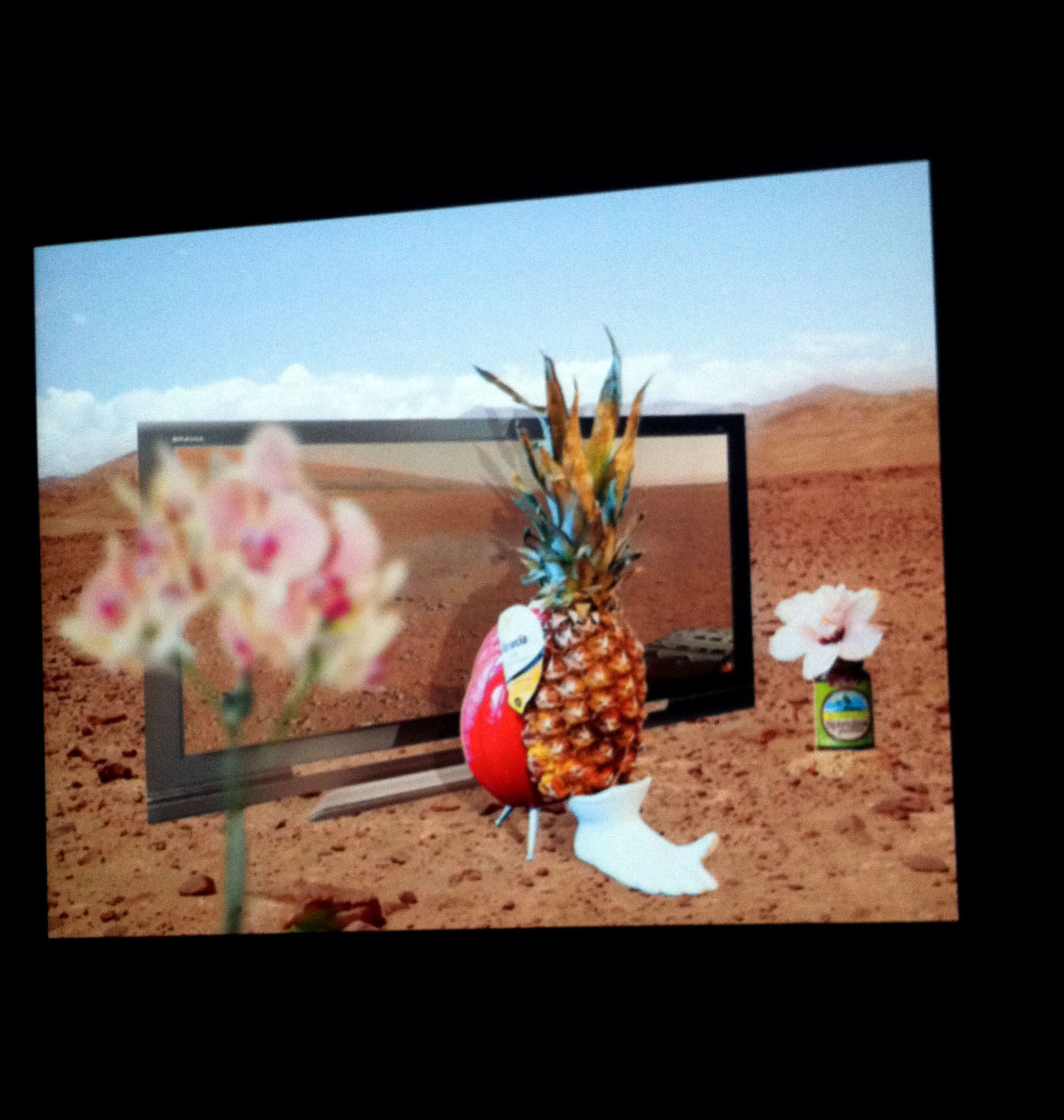 The two curators have been overseeing images, and also creating their own, with sharp focus for the past couple of years. Marshall has been in charge of the daily contemporary photography blog, The Latent, since 2010. Marshall respects brevity over total inclusion and so the posts have always been once a day, containing only five images.

For Paper, “The more critical and conscious stage of my photographic practice began about 6 years ago.” The simply titled, I Like This Blog, has been his platform since 2009. A year later he started Sraunus, a traveling projected photography show in Europe. 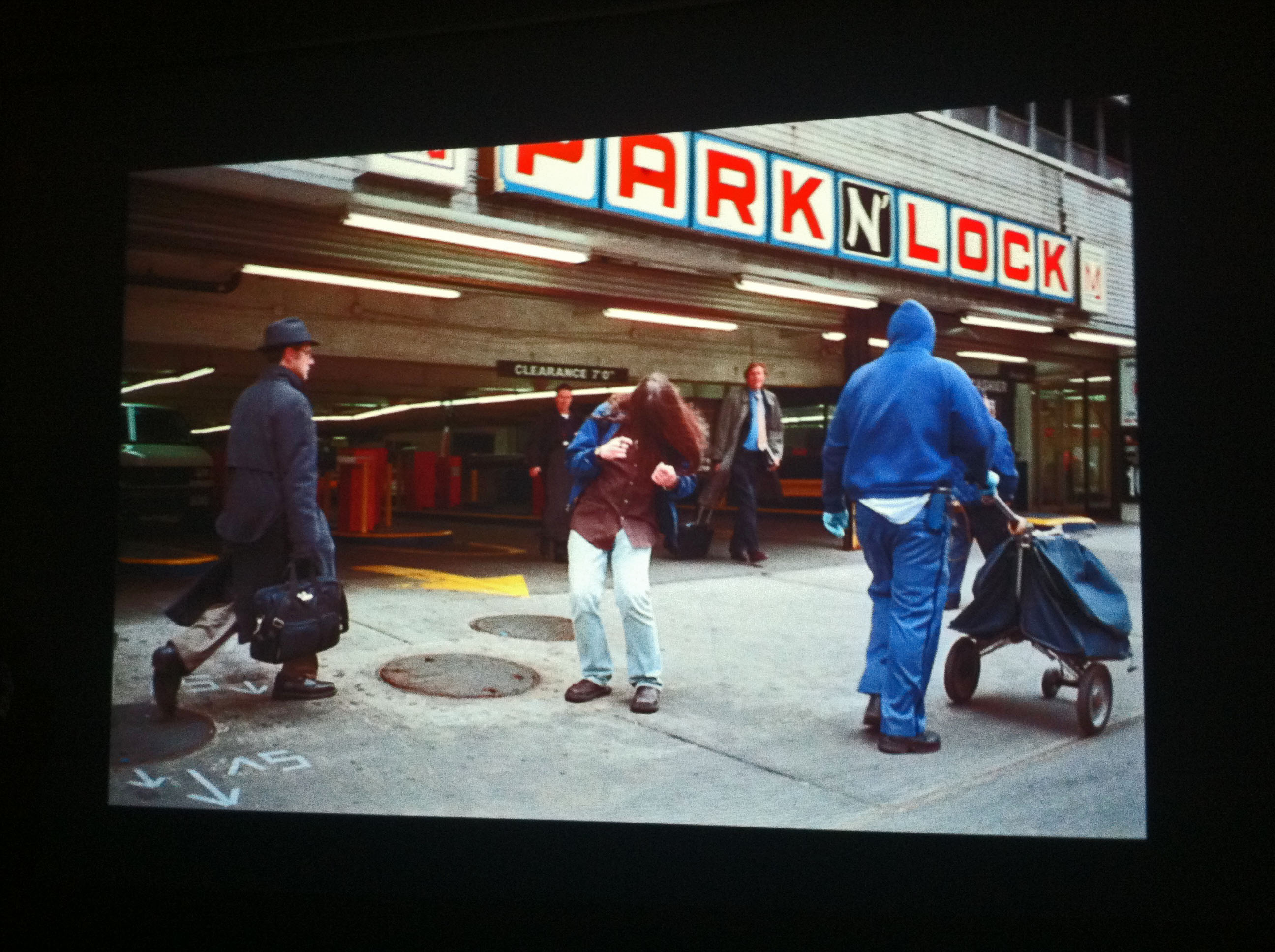 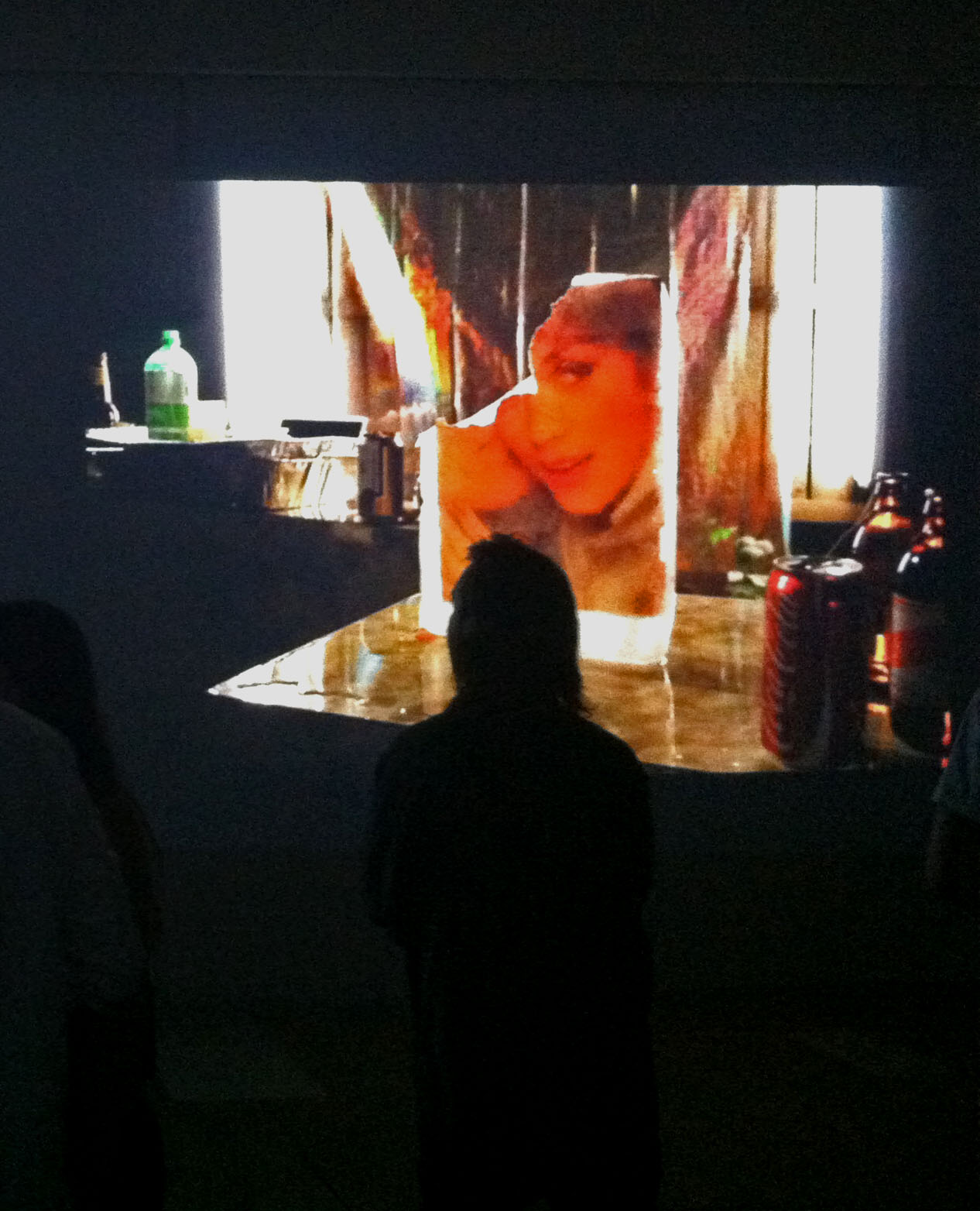 Paul picked some of Marshall’s work for the show and instantly forged a partnership. Marshall remembers, “I jokingly asked Paul, ‘When is Sraunus going to hit the States?'” and right then turned on the lightbulb above Paper’s head. Through their shared connections online, they were able to amass a large collection of receptive artists. “I selected photographers that are supported online or have a large presence,” says Marshall.

The paired images are locked into a twenty minute loop, projected side by side, about fifteen feet apart. Unlike the average gallery where the viewer is given an unmoving piece of work to stand and contemplate, BLOG RE-BLOG is in constant motion. “I was interested in taking this cursory process online and exalting [it] into a physical exhibition, which you have to visit in order to experience,” Marshall says.

Sometimes the two photos flashing would match lyrically, like when a serene image of a spider web went up against a dead rabbit hanging from some clenched fist. Sometimes the pairing would loosely create its own scene. The image of a starved white dog staring dead-eyed in the distance went next to a vibrant photo of what looked like a mango and lime. Other times the grouping would provide a total contrast, like the image of a sexy, black woman lined up against an old, soggy, white man walking into the ocean. The rest of the time the images may have passed too quickly for any conclusions to be made. The beauty of its randomness is the endless source of meaning each slide evokes. It’s like blindly surfing the web. 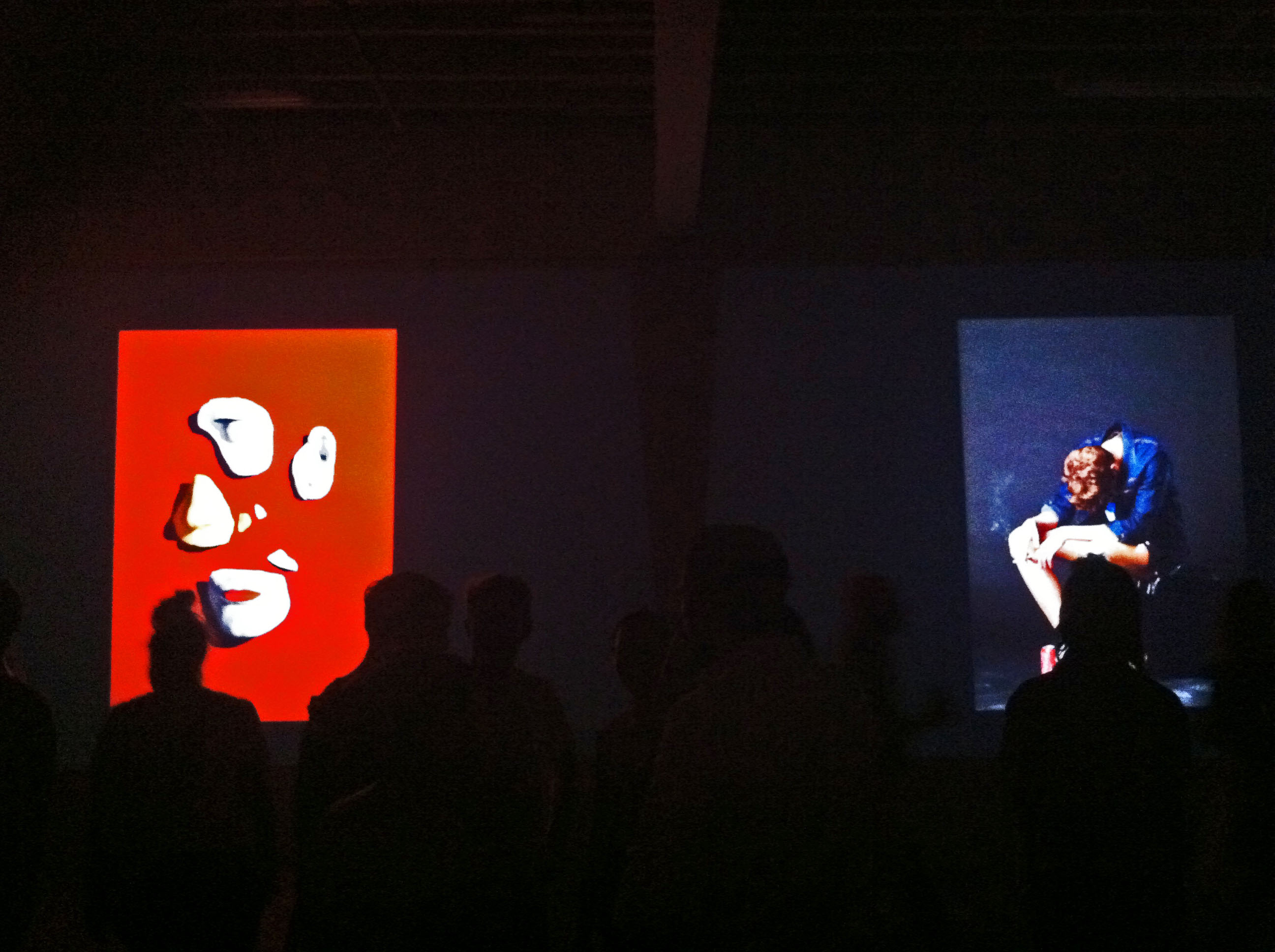 “The Internet, as a social and cultural phenomenon, is fundamentally shaping the way we view, distribute and understand images,” Paper says. “We rarely, if ever, see an isolated photograph disconnected from other imagery; rather, it is part of some kind of ‘stream,’ ‘feed,’ theme or collage.”

Marshall: “One hard rule, I’d say, is that every photographer should have their own website which contains any amount of photography they wish to present to the public.”