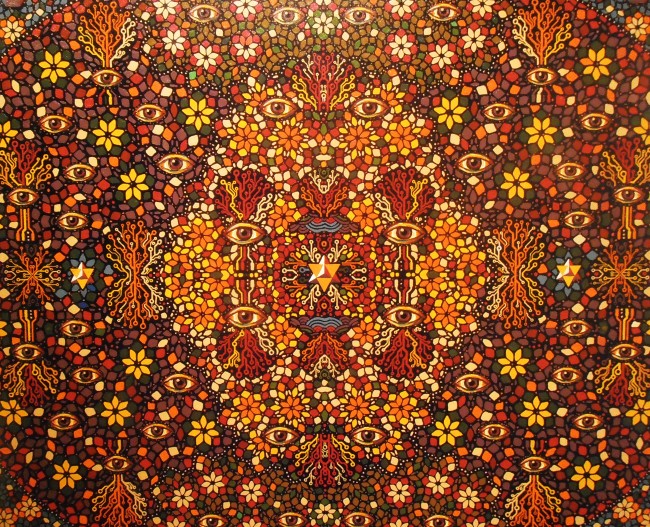 Justin Bieber may the slickest pop star today, but what if he were a painter from the Renaissance era? What if his greatest subject was himself? Artist Mike Reynolds paints the singer decked out in centuries-old attire with classic sunglasses and a look of pure self-worth in his “Untitled 18 from JB throughout the Ages.” It’s a mash of the modern and neo-classical.

Messin’ with the Masters, an exhibit showing at Mesa Contemporary Arts Museum in the desert of Mesa, Arizona, puts forth works by current artists who seek to reinterpret some of the world’s most famous paintings.

Each piece in the gallery is based on a venerable work of art from the past. Renovation is the funnel for each artist’s modern creativity. The inspirational work tied to some of the paintings is seen in plain sight, while others cut it and twist it beyond all familiarity or borrow only the root idea.

“American Gothic,” by Grant Wood is flipped by David Bradley into “American Gothic, The Farmer’s Daughter.” It immediately pricks the eye with recognition. Upon closer inspection, though, it looks like the hippie children of the original painting’s couple have run off to find a farm of their own. A suggestive dollar bill pokes from the elder’s overalls while an Indian figure watches from the bushes.

Tomokazu Matsuyama takes what looks like an old Samurai statue and punctures a New York tourist emblem into its chest. The piece, titled “Bon Voyage,” exemplifies the globalization of society and the slow shredding of the classic art form. 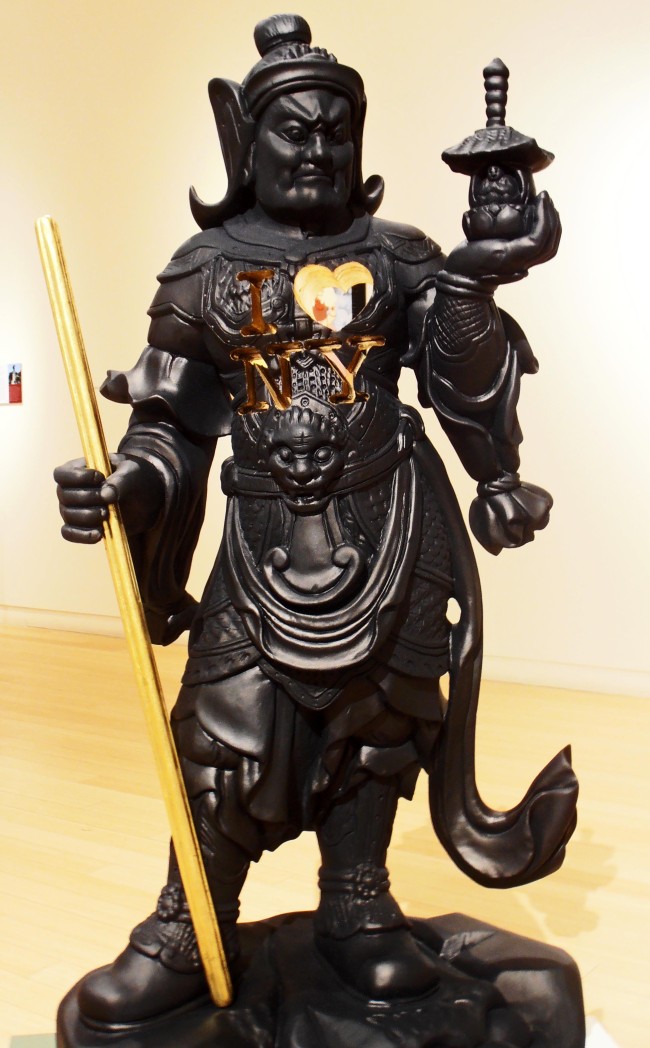 The history of art has always been a source of revelation for current artists. Inspiration itself is sparked from the discovery of past work and creativity stems from the reinterpretation of old ideas. This collection finds an engaging mix of light-hearted parody and grotesque reimagining.

Arguably the art world’s most famous figure, the “Mona Lisa” gets a sublime rendering from Randy Slack in his “Mona Citrus.” Mona gets the washed out treatment, half-drawn and blurred by pale shades of green and yellow. Behind her is a field of two-dimensional citrus trees.

Conversely, the piece by Martin Wittfooth, “The Baptism,” is a scene of nightmarish survival. A towering elephant walks with its kin through a lake of burning oil. The tough, canvas-like skin of the downtrodden beast smolders in its own flames. 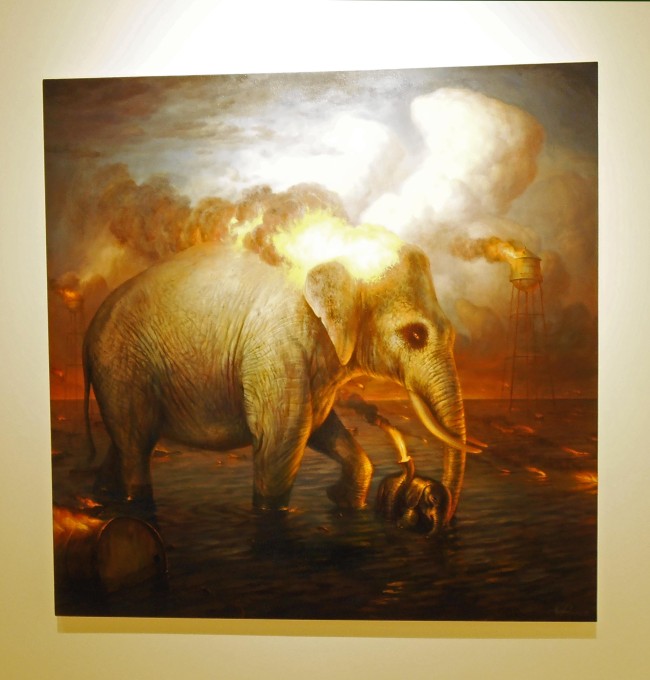 The most stunning piece is absolutely Christopher Ulrich’s wall-sized reworking of Leonardo da Vinci’s famous painting, “Last Supper.” The characterization is rich and suggestive. Chubby angels with workingman expressions bathe a jeering dragon as Christ looks burdened and emotionally weighed down. To his right, a cast of sorrowful disciples wait on his word, each one with an eyeball-shaped hole in their palms. To his left a provocative group of characters look anxious and sinister. 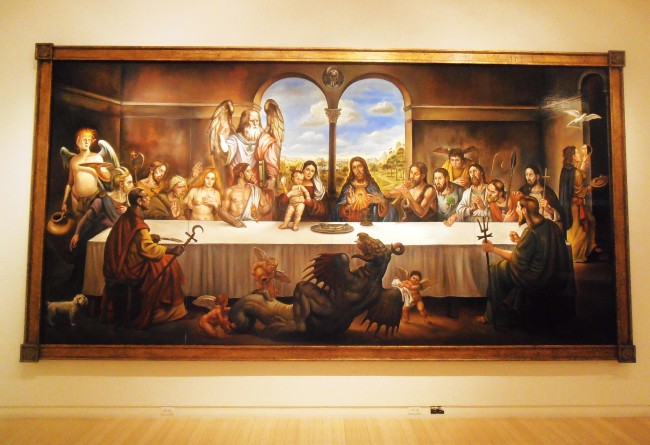 There is no limit to the painting’s effects. The scene is loaded with tiny details, both historical and personal. Ulrich painted himself vacating the room, staring disconcertingly at his reflection in a hand-held mirror. This slice of vanity pulls the painting from its historical grasp and spreads it across the full timeline. Purely a masterpiece.

Restructuring famous art to discover new perspectives is nearly as old as art itself. It can be an act of rebellion, shaking a fist at the establishment. Messin’ with the Masters steers clear of that mentality. It signals a devotion to the forefathers, paying homage and respecting the challenge of reinterpretation. Messin’ with the Masters runs until Sunday, January 26th at the Mesa Arts Center.