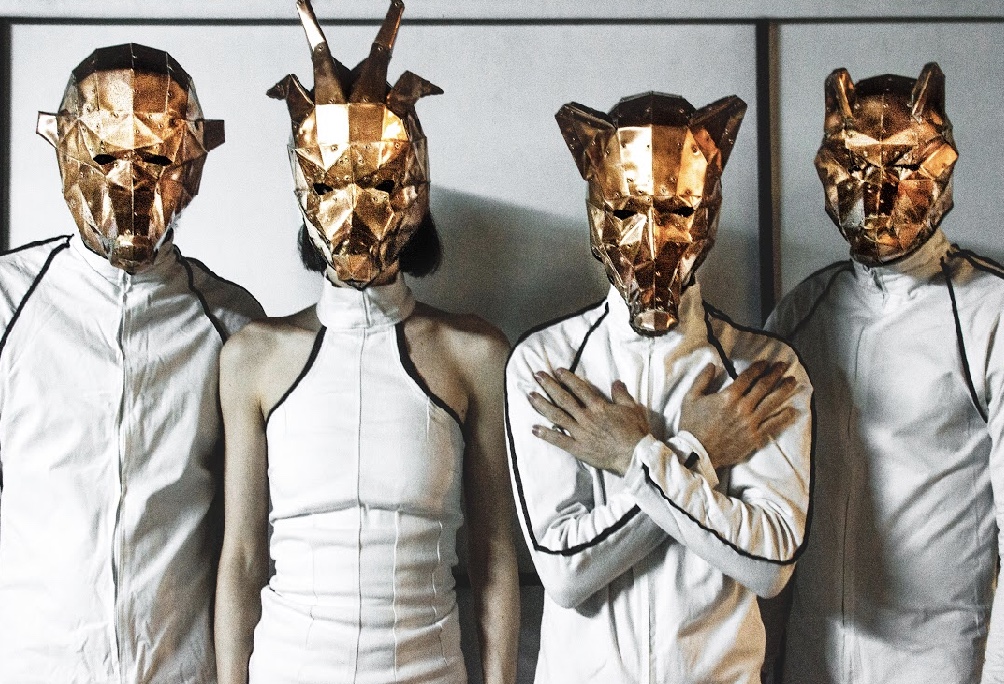 On any given day, one seems to expend an incredible amount of valuable time trolling through Instagram–that ridiculously famous (and addictive) social media dragon which beckons us to eavesdrop on the daily lives of our nearest and dearest, as well as strangers near and far–all the while wondering if one’s life is as interesting, as fun or beautiful, or simply as happy as theirs. To join the ranks of those in that swift race where we, as a unified chorus, haughtily exclaim “Look at me, I just had a Caesar Salad which was beautifully garnished with the ripest tomatoes”, we parade our every life moment by way of selfies, videos, and just about anything we think might catch someone’s eye, in a concerted and usually self gratifying effort to stay current and with the rest of the world. Yes, Instagram has become the World Wide Web for everything one seeks. Simply hashtag the name of an animal, for instance, and chances are you will find throngs of members from all parts of the world discussing said animal. That is the magic of it, really! One never has to miss a beat. It is the undisputed go-to almanac for everything; and if you happen to be someone creative–say an artist, photographer, fashion designer, or filmmaker–it is certainly the Rabbit Hole for boundless amounts of images and information.

Yet, there still seems to be something lacking if you are a creative seeking a… “support group” of sorts, where ideas can be interchanged, work can be shared and explored, and talent–particularly that of the next Francis Ford Coppola, Bruce Weber, or David Hockney–can be instantly discovered and nurtured. Enter… KABINETT! 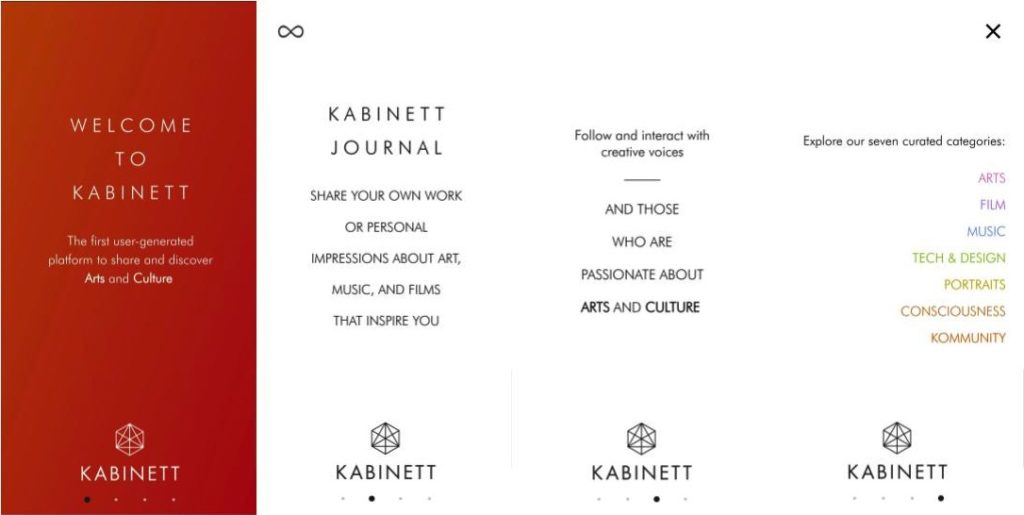 Billed as a digital platform for the Art-House and the Independent, the New York based creative tech start-up–which was founded by Eduardo Costantini (himself an award-winning filmmaker, co-founder of the app MUBI, and former Executive Director of the MALBA Museum in Buenos Aires)–launched its online platform and app during Art Basel Miami 2016 with the aim of featuring and supporting creative work from filmmakers and artists across the globe. To date, over 200,000 people have already tuned in to videos on the app and online.

Artists and art lovers visiting the site will be pleased to find an exciting, myriad collection of works from some of today’s most exciting and adventurous emerging and established creative minds; whether its an exclusive in-studio film of the Latin American painter Santiago Quesnel, or the short film “L’Eclipse” (directed by the app’s founder himself). A particular favorite is also the dark, harrowing, and reflective short “Horse Follows Darkness” by multi-media artist and composer Delia Gonzalez – a film highly recommended for its intricate, interpretive choreography juxtaposed against sometimes sprightly electronic music that seems to carry the story into an alluring, fantastical Neverland.

The app recently secured a 2.5 million round of funding to continue investing in the production of original content including music videos and video art while nurturing emerging talent, as well as continuing to advance its technological features and digital marketing initiatives. Not least, the platform launched the “Screening Room” in 2017 featuring original productions, music videos, and video art from the likes of Jesse Paris Smith featuring Patti Smith, The Goastt (Sean Lennon & Charlotte Kemp Muhl), Mikhail Baryshniko, as well as Cannes awarded cinematographer Eponine Momenceau. It also continues to release new original content weekly.

Quiet Lunch recently sat down with founder Eduardo Costantini to find out more about this ”anti-Instagram”: 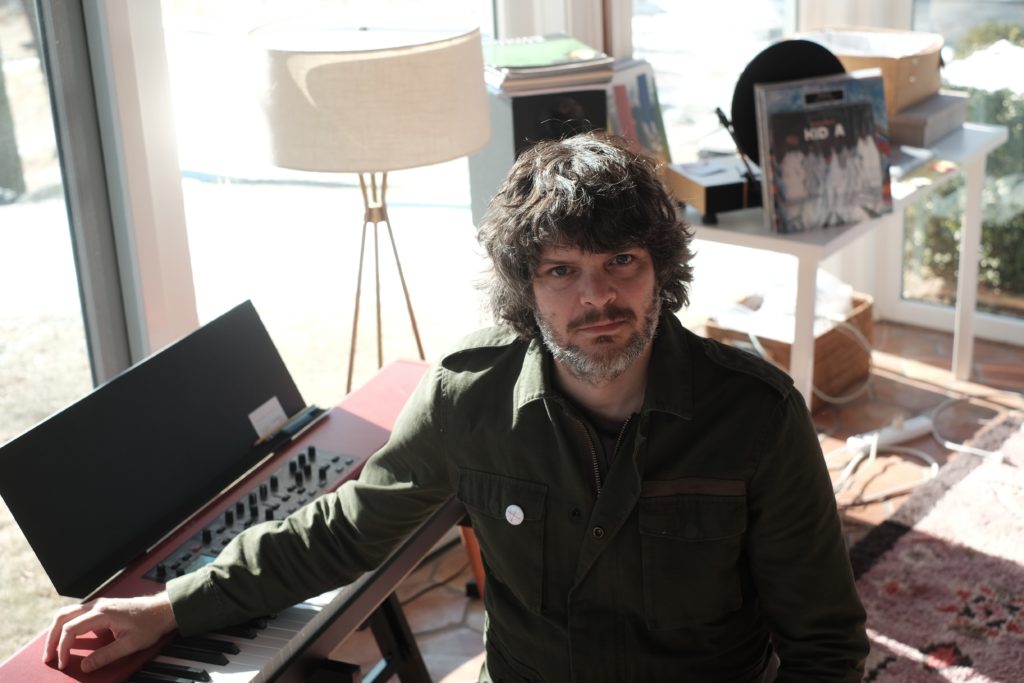 What was your impetus in starting KABINETT? Where did the idea stem from?

Eduardo Costantini: There’s no digital platform as the one we are envisioning with KABINETT, bringing a selection or artists across different disciplines. Before launching KABINETT, we spent 10 years building the independent film streaming platform ‘The Auteurs’, which is now known as MUBI. This was 6 years after founding malba.cine, the film department of MALBA museum in Buenos Aires. KABINETT is similar in that we are providing a space for independent artists, film-makers and musicians, as well as a social media space for users to interact with other art lovers.

Are all mediums of the arts found and encouraged on KABINETT?

EC: Right now we have the highest density of work within the film and music spheres, though we are working towards expanding this. With our next update,/ we will be introducing new sections to the app and website for the purpose of expanding our arts content. Some of these sections include music video, live performance, animation, choreography, and video art. You describe the app as providing curated and original content.

Are there specific themes that are the basis for the content?

EC: We have a special focus in music and film right now, primarily because that is what our team specializes in.

I’m a musician & film-maker, our co-founder, Daniel Kruglikov is an independent filmmaker. We have a special affinity for these two disciplines. Previously I sat as the Executive Director of MALBA, (the MoMA of Buenos Aires), where I organized a broad variety of exhibitions. I would say this experience lends to my curatorial contributions at KABINETT.

Is there a selection process in inviting artists to provide creative content, which is then funded by KABINETT?

EC: Not yet. We are soon going to systematize the screening process so that everyone has a fair chance of being sponsored and/or screened.

As of now, we are inviting artists whom we know personally and with whom we are impressed by. In other words, we have scouted all of our collaborations. Going forward, we will open this process to the public.

Why is KABINETT referred to as the anti-Instagram?

EC: KABINETT, unlike most social media platforms, is dedicated to providing an arts-only atmosphere. This is our attempt to answer the over-saturation problem that many artists face online. We don’t want good art to get lost in the piles of food pics and selfies, so we restrict them completely.

Is subject matter something that is taken into consideration (meaning does the App and the people behind the app take a creative stand on subject matter that is featured) especially since now more than ever, art, politics and human rights have become inseparable and part of our daily lives)? Or is that left solely to the artists creative control for original content?

EC: It is both. As stated, we strive to collaborate with and to feature artists who are somehow making an artists — this of course includes politics, human rights etc. Many of the artists who we have featured stood out to us because of the powerful political and social messages they are communicating. A few examples are Liliana Porter’s Matinée, Morgane Le Fay’s Art Action Day and Clara Cullen’s Ni De Aqui Ni De Alla.

You have already been in the film industry as a film producer as well as with the app MUBI, which highlights indie works . What are some of your main objectives with KABINETT, especially as it relates to under-represented artists and creatives?

EC: Our main objective is to bring up and coming artists to the forefront without social nor economic precedents. I want to help provide equal opportunity for artists around the world to gain exposure.

Although the app serves as a platform for discovering emerging talent, does that discount works from already established creatives? If so, are there any particularly notable and/or mainstream artists and/or creatives found on the app?

EC: Absolutely not. We understand that in order to gain the attention of the art world we will need to appeal to the establishment to some degree. That said, we are also happy to feature established artists on our platform, granted that they are saying something worthwhile. We will not feature works purely on the basis of an artist’s acclaim, rather we look at the art and only the art. We ask ourselves — does this piece say something important and to whom is it speaking?

Is there any upcoming original content that you are most excited about that you can talk about?

EC: We cannot disclose the names of the artists whom we are in talks with now thought we are excited to announce new partnerships each week with our releases. Soon we will be releasing a zine that lists past works of note as well as upcoming collaborations!

Fun Question: You say no foodie pictures are allowed or selfies. But what of content such as videos of the process of cooking which in and of itself a la Julia Child?

EC: Perhaps in the future we’ll reconsider our no foodie rule… Pastry chefs surely deserve a platform as well! Unfortunately, we cannot guarantee that any old food pic will ever have a place on KABINETT.