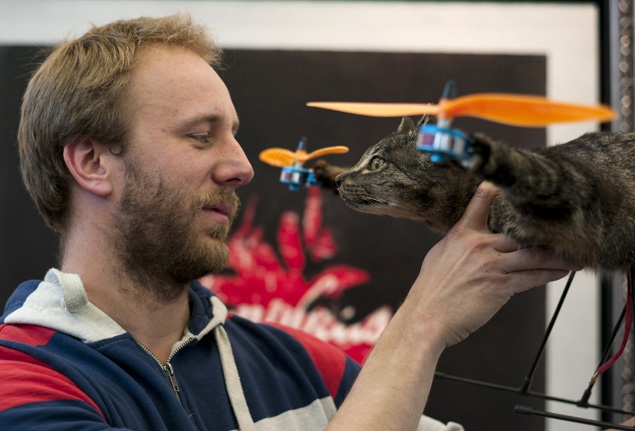 The death of pet can be a traumatic experience but Dutch artist Bart Jansen has found a way to transform his traumatic into feline based gadgetry.

As a way of paying homage to his deceased cat — who was killed by a car — Jansen had the animal stuffed and, with the help of radio control helicopter expert Arjen Beltman, reincarnated as a remote controlled helicopter. 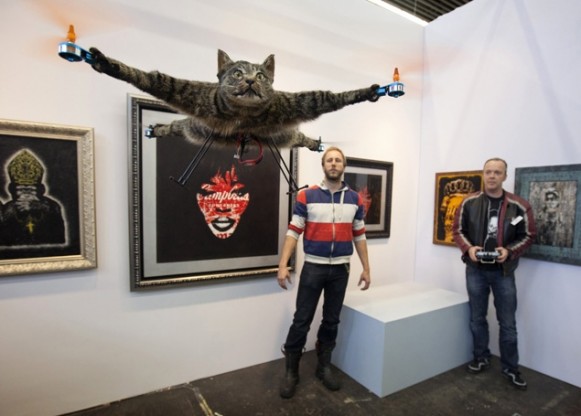 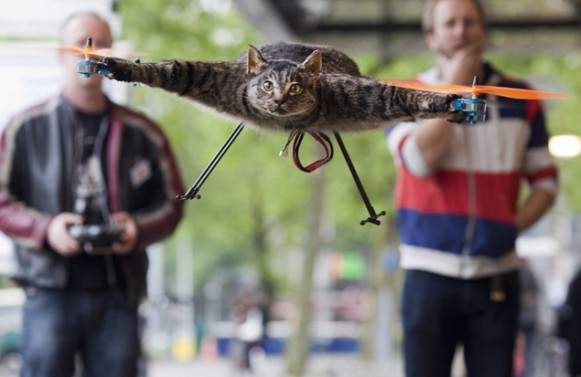 Dubbed the “Orvillecopter”, the cat turned flying contraption made its debut this past Saturday at the Kunstrai art festival in Amsterdam. The Orvillecopter, made using a Lotus T580 and named after the famous Orville Wright, doesn’t fly quite right yet but Jansen hopes to improve upon its functioning in the near future.