San Francisco, world renowned “City by the Bay”; a place that can truly captivate one’s senses. Located in Northern California, it is the chief center of finance and cultural affairs for the region. The geography of the city is breathtaking. The homes are dotted atop hills that seem to go on as far as the eye can see. The views from the top of California St. are epic. The trolley rides are unique. The people too are remarkably charming. The population, including the surrounding cities in what is dubbed the “Bay Area” (including nearby Oakland and San Jose), is estimated to be 7.6 million people. 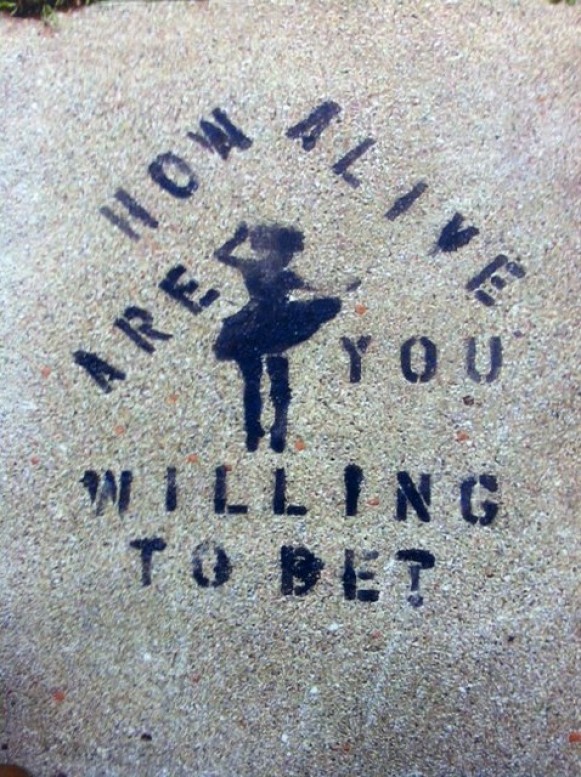 “How Alive?”. (Photography by Nina GoLightly/Courtesy of Quiet Lunch Magazine.)

The city itself reflects an international melting pot reflecting cultures from the Polynesian islands of Samoa, the shores of Japan, the wall of China and the most prominent influence is Mexico. The Fillmore District, known for its famous Jazz scene, as well adds to the varied flavor with influences from Louisiana, St. Louis and of course New York. From these influences we can glean the artists that come from all nations and creeds but share San Francisco as a fundamental common ground.

All these things help created the San Franciscan Artist; a peculiar creature whom is encouraged to pull from their roots, draw up from their innermost consciousness and help you to understand their vision by succumbing to it themselves. A very easy way to familiarize yourself with this city — or any city for that matter! — is to become immersed in its intrinsic history via the street art. Street art is extremely multifaceted.  San Francisco, specifically, demonstrates a culture of strong willed resilient people who possess radical, and sometimes extremist, thoughts/agendas. The ideas & methods of self-expression by the native San Franciscans are what have molded San Francisco to be such an eclectic metropolis. The artists have decided to take the honest risk of societal reflection.  Whether or not the issue is constant or temporary is irrelevant.

Walking down a street in San Francisco, one will find themselves alive to a vibe that has been lingering in this city for quite some time. The art that finds itself on the walls speaks multitudes. The slant of the art is crucial.  It desires to create an emotional reaction. For instance, the Mission District, known for its beautiful mural art, uses colors that are bright and harmonious. The faces painted are indigenous, telling stories of victories and heritage. It is a form of empowerment to the local Latino community that has contributed to the building of California as a whole. Some of these murals are drawn epics painted on the front of a schools, or youth centers. Still others are reflecting the plight of a people that still are being oppressed. 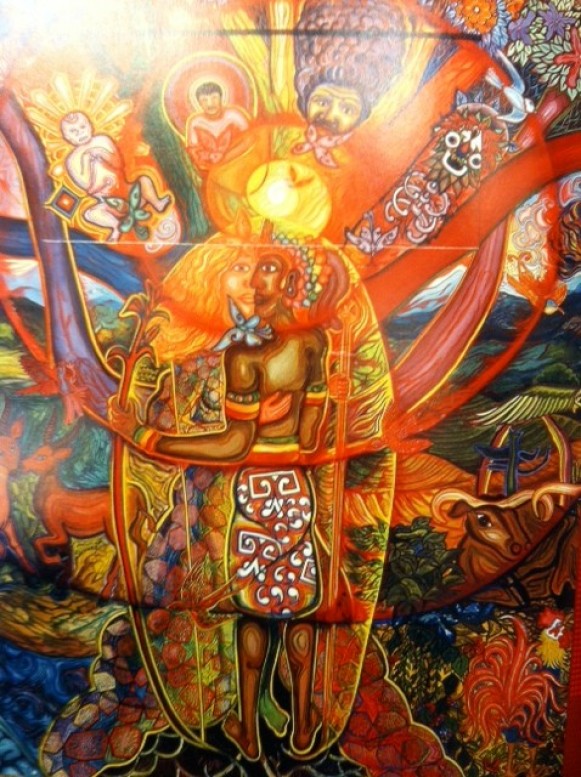 Each piece unique to itself but some may agree that there is a revolutionary theme to much of the artwork in the city. In which many can agree started back in the early 1960’s. During such time the Hippie movement was at its pinnacle. Still others may attribute the feeling of consciousness to one of the best-known Latino civil rights activist, Cesar Chavez. Either way the art demands that you become mindful, and conjure up a stance.  Even if such stance is never spoken, shared or just indifferent; the art can intrigue.

“Here is where the history is shared, where secrets unfold, injustices are spoken of, and issues which are real and true come to the forefront.”

San Francisco also has a very noteworthy graffiti scene as well.  The writers in San Francisco are very similar in their approach to their artwork as their brethren worldwide.  What separates the graffiti artist in San Francisco also in the way certain works can permeate the thought of the graffiti artist.  This transference can only be done with skill, which the artists of San Francisco do not lack in this regard.  As a matter of fact, their lack of regard is sometimes what makes the imagery even more distinct.  For instance, a vintage Chevrolet truck with a graffiti art that is in the form of a Do-Do bird.  An eccentric piece of artwork is applauded and praised for its quirkiness.

Some works convey messages of world peace, other are just a comic book scene.  The key is to not hold back, and the city is kept very much alive with the bright colors and visual serenades of romance.  The splash of vulgar words across the back of a building that in the distance also appears to be some sort of creature.The traveling tourist is encouraged to take a detour from the commonly recommended attractions.  Instead, grab your camera and see the city come to life through the creative visual works of its inhabitants. Here is where the history is shared, where secrets unfold, injustices are spoken of, and issues which are real and true come to the forefront. A place where artistic vigilantes decide which stories they want to tell. 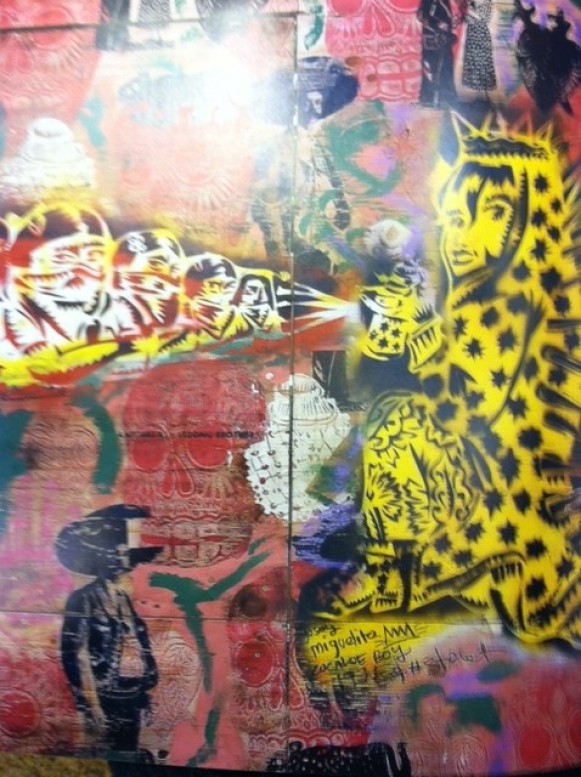