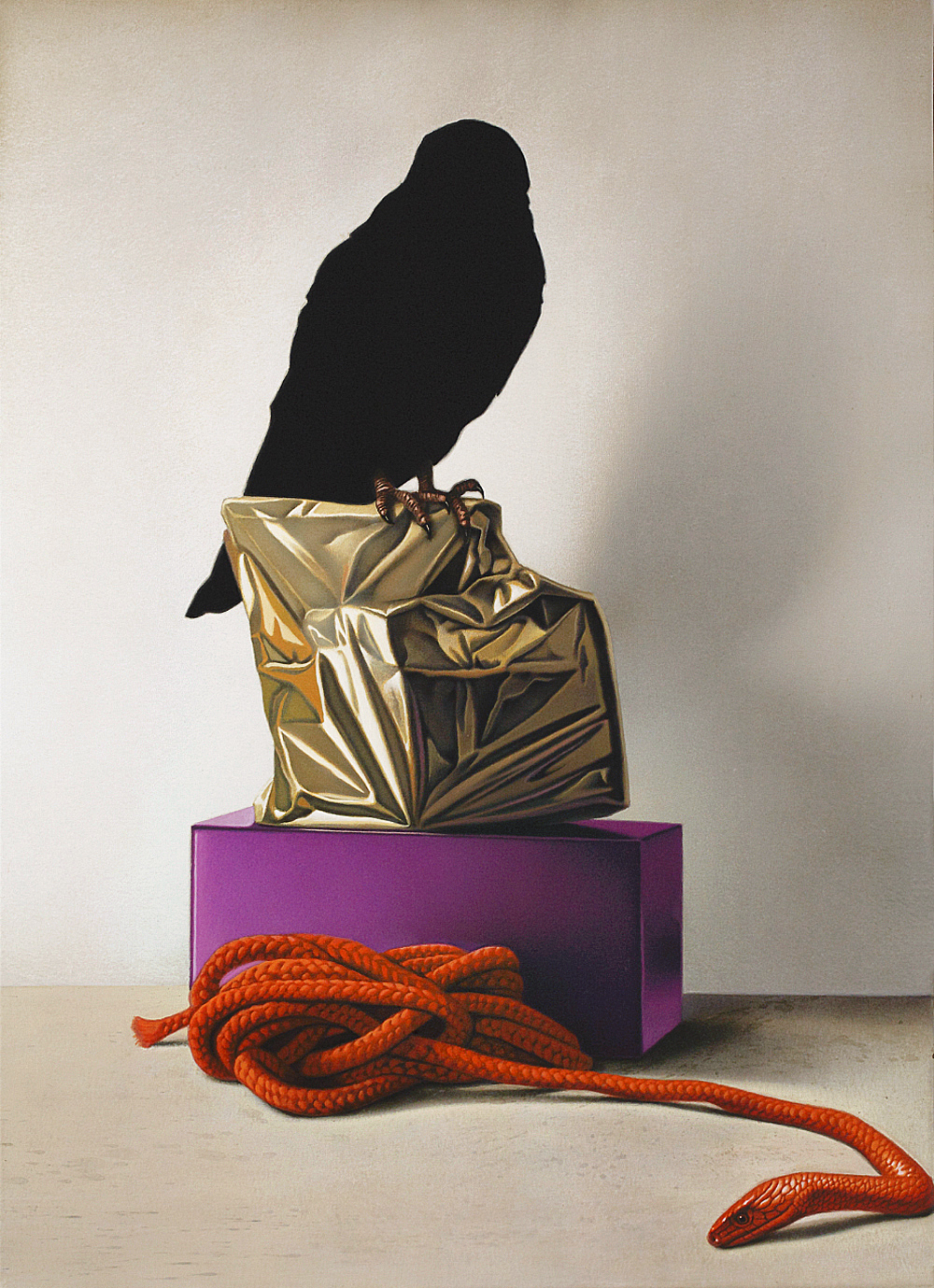 Eckart Hahn, a German native, is a self taught painter who is making a name for himself with his 3D-like pieces. Aesthetically, his work bares a slight resemblance to that of Melodie Provenzano, except it focuses on a contrast between man and Nature, pitting the organic against the synthetic. His portraits of animals, coupled with some man-made materials, create a blissful romp between what Nature intended and what human hands have created. 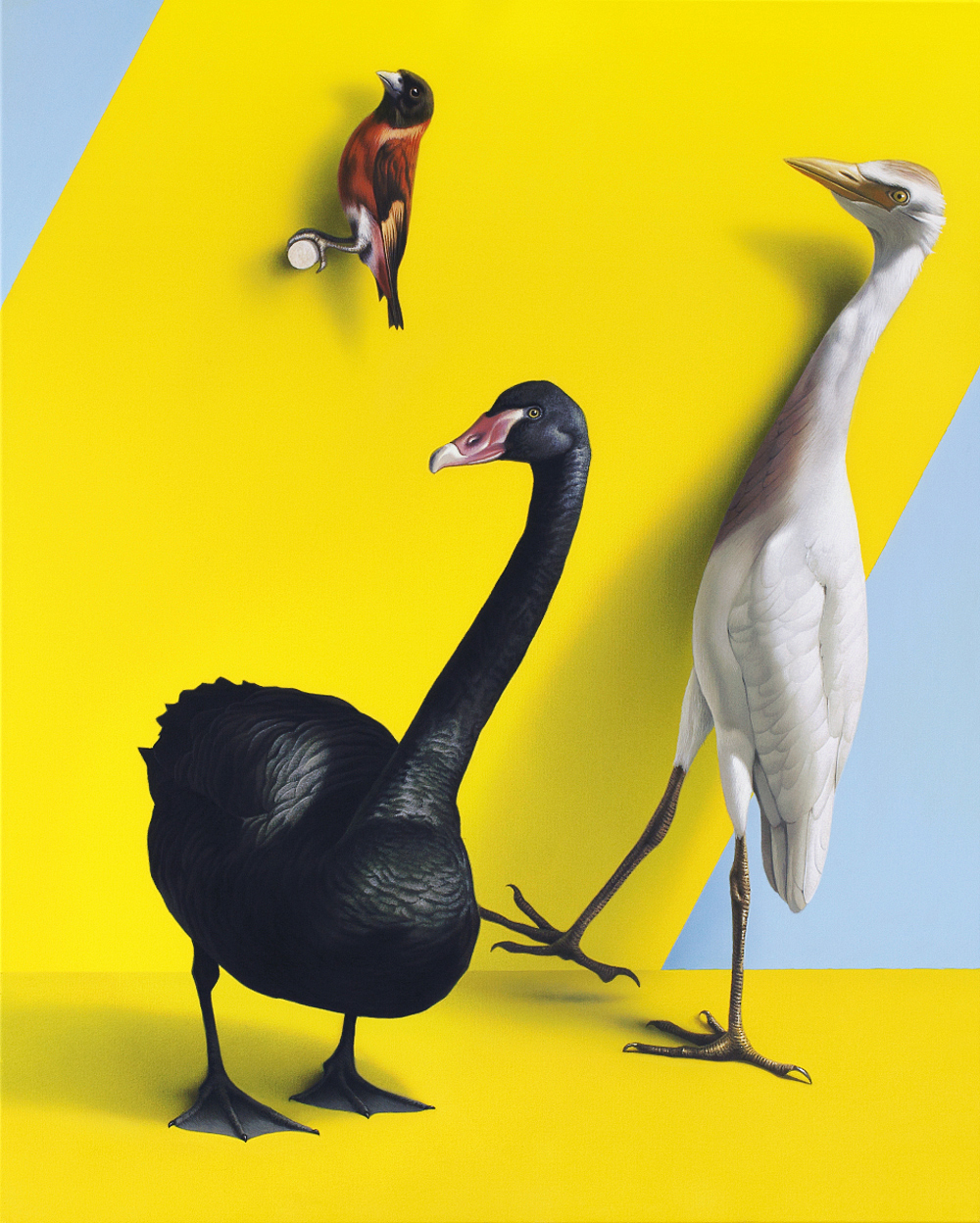 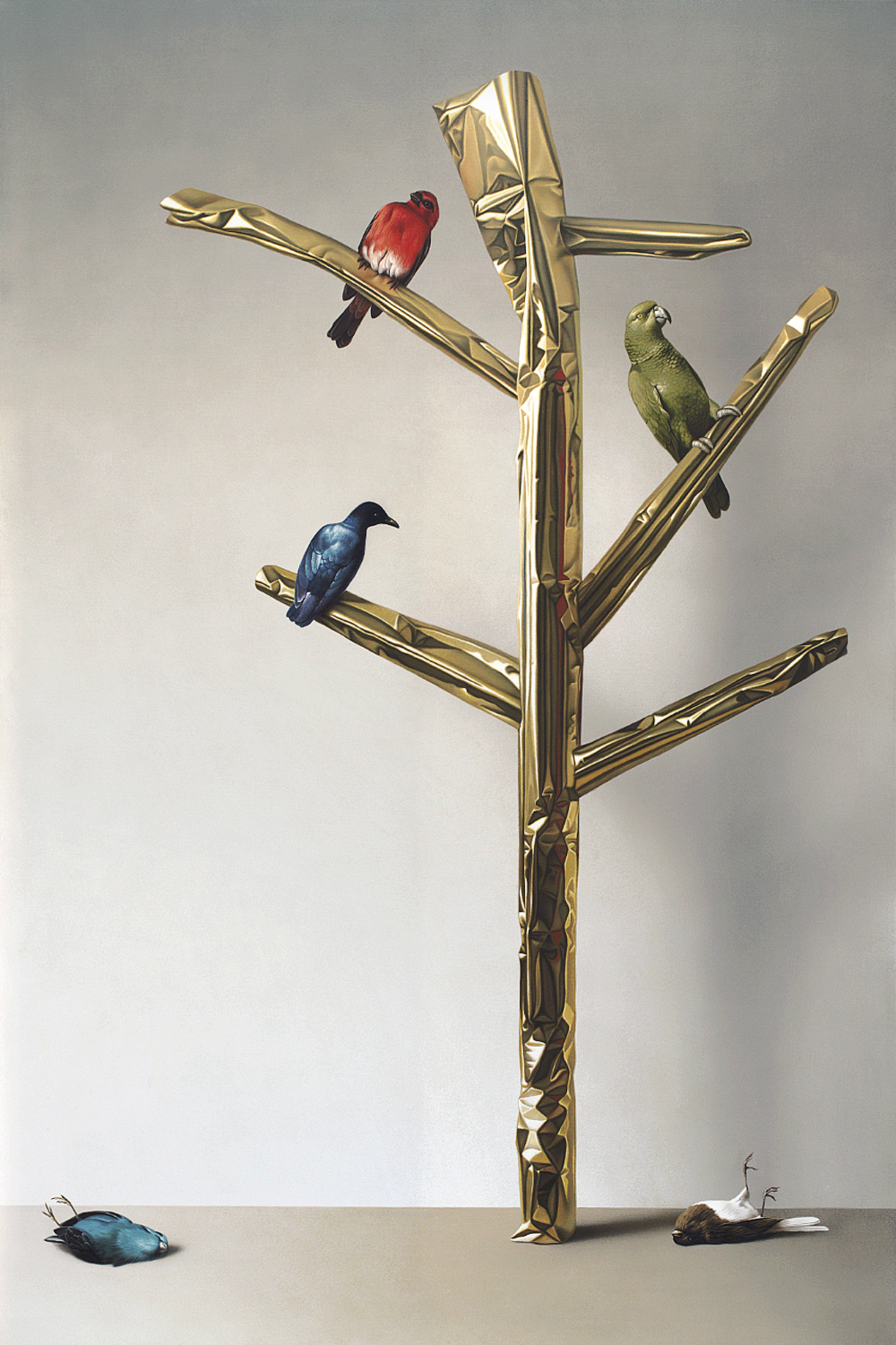 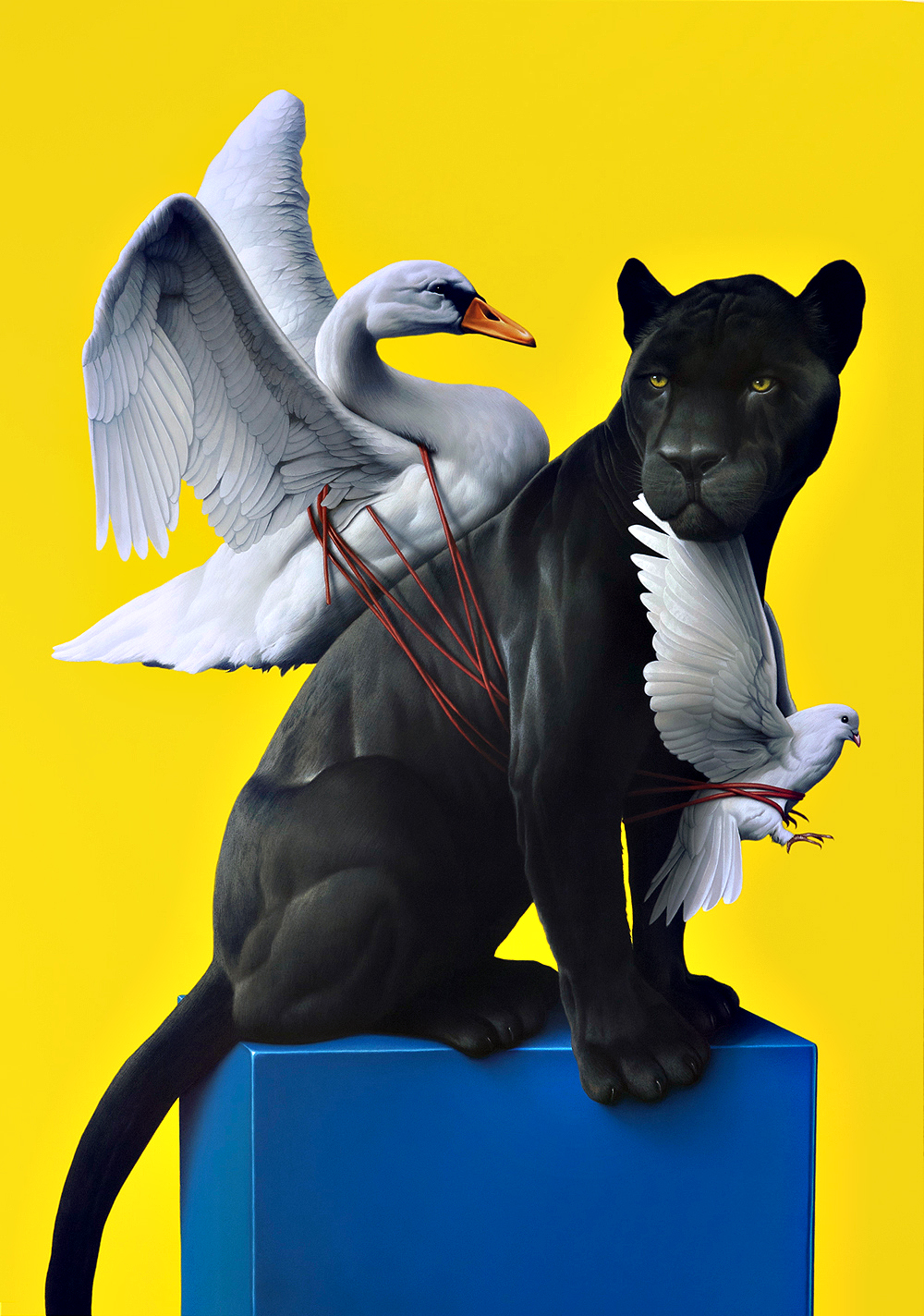 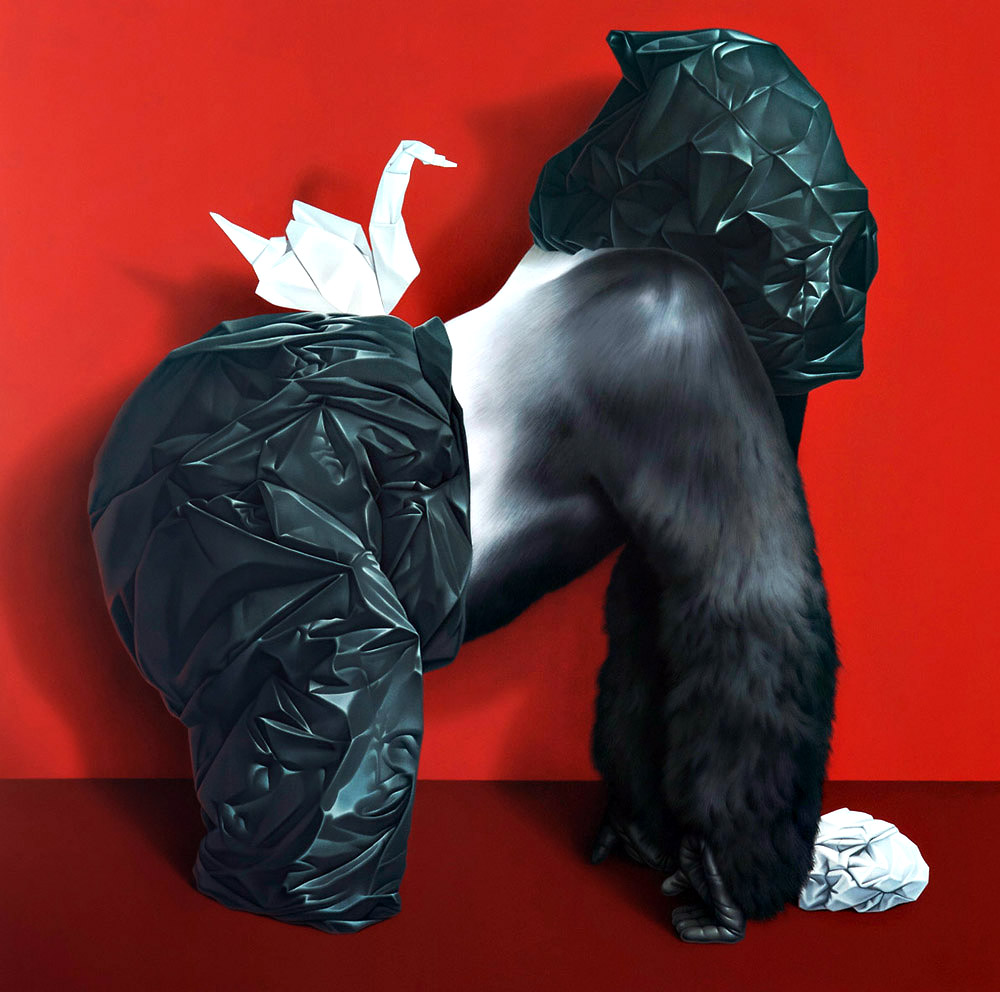