We’ve featured a number of collage artists as of late but none are more unique than Sienna Freeman. The Philly based artist doesn’t exactly stick out like a sore thumb but possesses an elegant macabre that surely sets her apart from her peers. 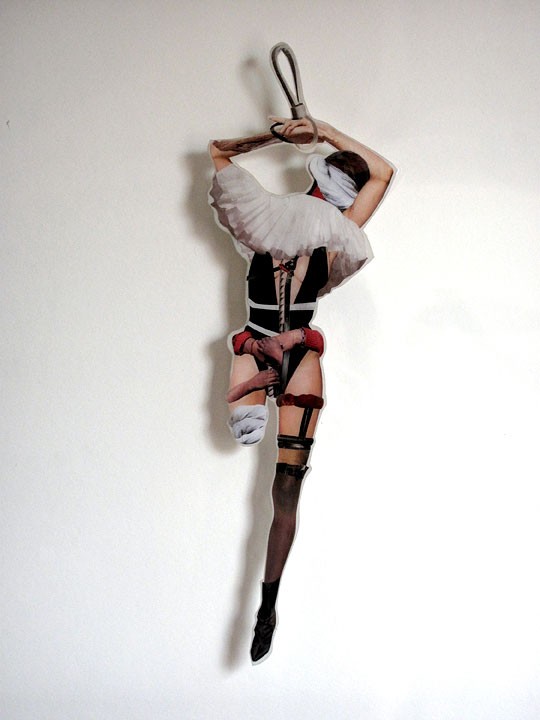 Freeman’s work is unshackled. It does what it wants, when it wants. But despite its untamed nature, her work isn’t an act of rebellion. The freedom of her work is so innate that it seems effortless and natural; almost as if it is unaware that it is free.

It’s confusing at times. Just when you assume that she’s going one way, she goes the other. Freeman’s work isn’t unpredictable but consciously spontaneous.

“Much of my subject matter is inspired by dreams.  Important personal life moments and extreme emotional or physical experiences are also frequent starting points for my work.  Greatly inspired by symbolism associated with weddings, funerals, mythology, animals, and the natural world, I reference a visual language of cross-culturally significant ideas that can trigger a unique and personal psychological experience for the viewer.  I also tend to use sexual imagery as a metaphor for exploring relationship dynamics and internal struggles, investigating the tension between beauty and the grotesque, dominance vs. submission, and intrigue vs. repulsion.” 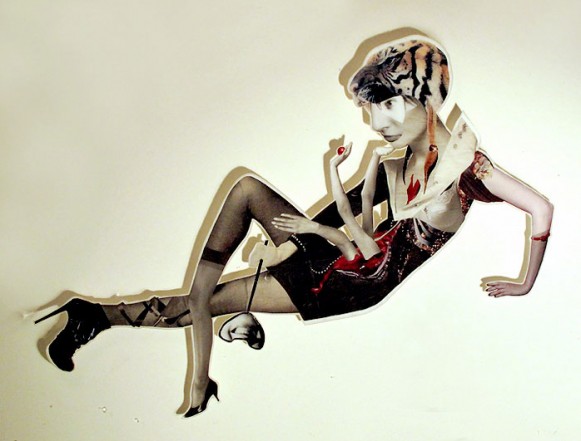 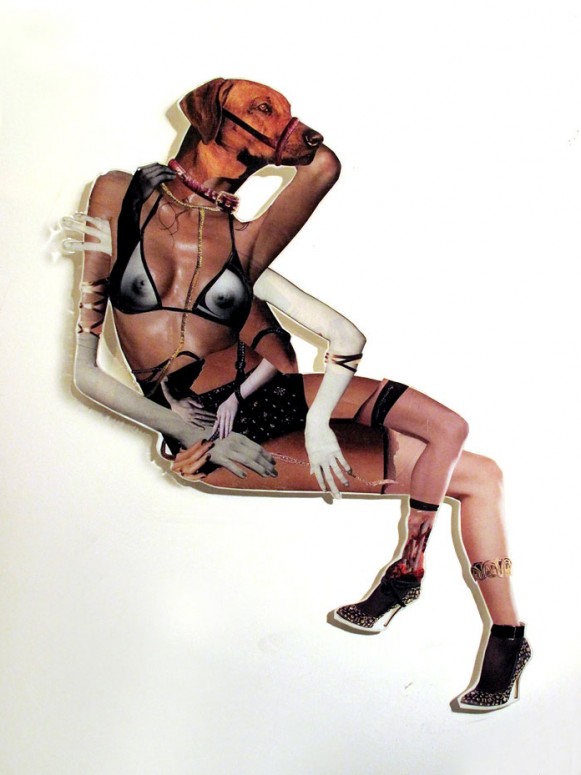 What looks to be thrown together is actually a well thought out message that is being delivered on a divine platform. Everything from the obscurely placed hands to the remaining shadows are a skillful gesture waiting to be interpreted its audience.

My process can be looked at much like stream of consciousness writing, as I tend to find images and manipulate sources as I go, aware of a general direction but not planning too far ahead.  I embrace the element of chance in finding materials and placing pieces, as I enjoy exploring the tension between control and chaos.

I primarily work with scissors, x-acto knives, and double sided tape.  After a piece is finished and glued down, it is cast in a thin sheet of liquid plastic resin.  Each sheet is then placed in a wall hung fame apparatus that allows about two inches of space between the wall (or back surface of the frame) and the image.  Once hit with a direct light source, this space allows for a shadow to form behind the image, highlighting markings and “flaws” that are hidden in the resin around the piece.

I see this shadow of as a ghost of sorts; it is an intangible lingering memory of the experience or idea that the piece meditates upon.  As the shadow shifts and changes depending on where the viewer stands or by the source of light, the work appears to be in a state of subtle but constant transition.” 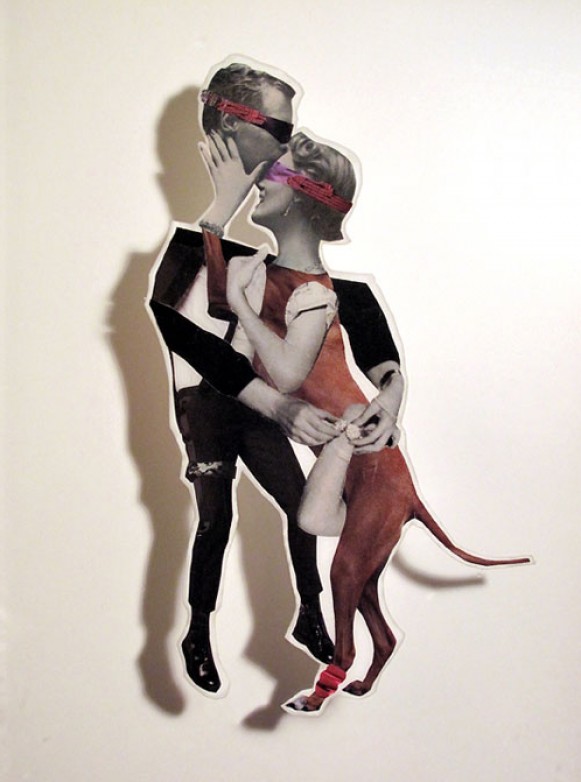 The work is liberating; a tension filled enlightenment that leaves its audience with an awkward understanding of what is truly essential to the function of our psyche. 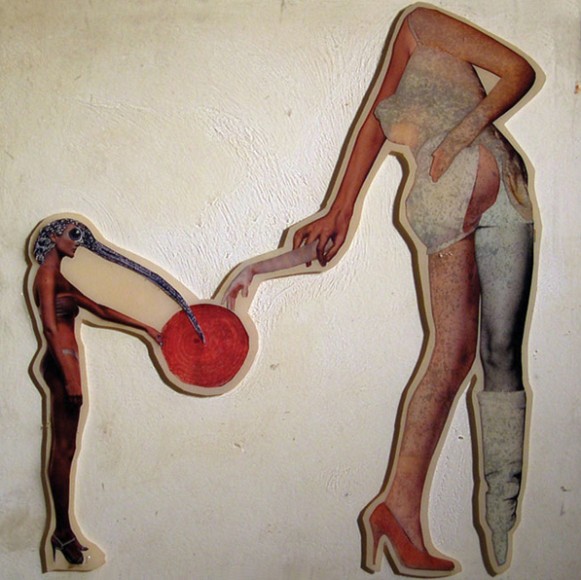 “A Slippery Fish” from Birds of Prey. (Courtesy of Sienna Freeman.)