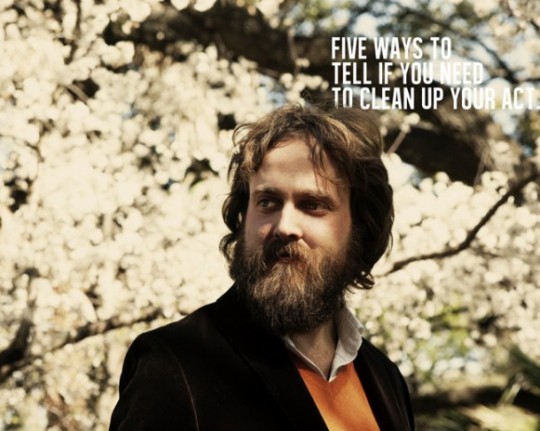 Light years away from pastel suits and pornstaches, most of today’s young American males are sporting a style that we’ve tastefully dubbed Filthy Hipster Chic. The style is deceptively simplistic. Your family and peers assume that it consists of not doing your laundry for months and going without a shower for days on end–little do they know, plenty of work goes into looking like you don’t give a shit.

You spend precious time constructing the perfect effortless look just to be called an unleashed hobo by an audience that consists of loved ones and complete strangers. Screw them! Your look is a statement! A testimonial to your uncomplicated lifestyle! Naysayers are simply too engulfed by the Matrix to understand. 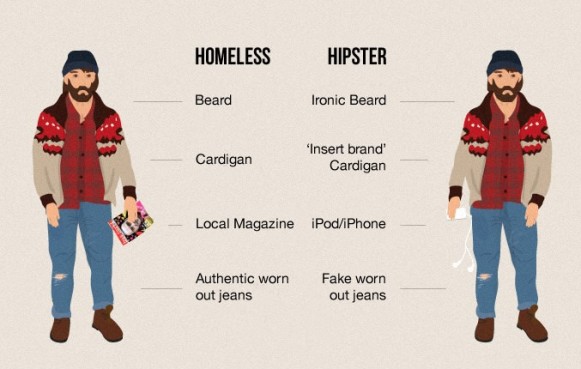 But to some extent, could they be right? After all, anything done in excess runs the risk of being detrimental. That’s where this article comes in. We are going to determine whether you are a cretin or are people truly threatened by your individuality. Inspired by the infographic featured above, here are Five Ways to Tell If You Need to Clean Up Your Act.

NOTE: No one is telling you to sell out. However, we are bringing certain issue to your attention so that you can make a choice: remain a rebel or make your appearance go over a little a easier like that Iron & Wine guy.

People Are Relatively Surprised When You Use Anything Larger Than a $10 Bill.↓

More often than not, a poor outward appearance will lead people to assume that you’re a penniless animal. You can’t blame them; an unironed shirt and tattered jeans isn’t exactly the wardrobe of someone who has enough money to pay for their own meal — much less someone you is able to leave a tip.

Not sure if this applies to you? Next time you pay for something be sure to watch the faces of the person who is taking your money and the people who are watching you pay. If the faces have that ‘Well, I’ll be a monkey’s uncle’ look then you may want to iron that shirt next time you decide to come out in public.

When a Woman’s First Question is ‘So, What Do You Do for a Living?’↓

Women will put up with a lot of shit but one thing that they can hardly tolerate is joblessness. Depending on the woman’s age, she has already endured the unemployed boyfriend who has yet to get their shit together and she isn’t willing to repeat that experience.

She is now weary of red flags and, unfortunately, your dastardly motif is one of them. Some women will be rude and upfront, others will be polite but shrewd. She will even raise an eyebrow if you work anything less than five days a week. Either way, be ready.  You can throw her off and ask her the question first or you can trim your facial hair to a respectable working man’s length.

Your Parents Are Constantly Asking About a Non-Existing Life Crisis.↓

When you’re committed to looking like an outcast, your parents are on high alert and ultra aware of any inklings of your downward spiral–even if they have to make those inklings up or misread them completely.

Not shaving for weeks can cause your mom to assume that you’re a full fledged alcoholic; an seemingly unkempt wardrobe will lead your dad to assume that you’re contemplating suicide; and often you will find your self being cornered and questioned about your physical/mental health and 3 year plan. There’s no way out of this, you will likely have to wait until they die.

Babies are the most intuitive beings on this earth, second only to the women that they slid out of. If a baby senses something is wrong, you’re fucked. A baby will alienate you with their discomfort and make you the pariah of the group with their cries.

Now, this mostly depends on what kind of dirty hipster you are exactly. We won’t go into the library of hipster types but we will say that their is a huge difference between a husky bearded hipster and a trendy heroin chic hipster. A baby–unless they are a huge fan of Where the Wild Things Are–will more then likely be terrified of the former.

Your Neighbors Constantly Mistake You for a Burglar/Intruder When You’re Opening the Door to Your Own Home.↓

We’ve absolutely saved the best for last. This is perhaps the most important sign on this list. If this applies to you, it means that your dirty hipster style has rendered unrecognizable in some cases.

People like to feel safe in their neighborhood. Part of feeling safe is looking out for seedy characters like yourself. You may not think you’re a threat but your unethical appearance says otherwise. Fiddle with your keys for too long while opening the door and you’re bound to hear someone say, ‘hey, scumbag! Get away from there!’

Simple solution, be Mr. Fucking Rogers. Smile, wave, feed the elderly, do whatever you can to get in your neighbor’s good graces and you will be, at best, the lovable local vagabond who lives in 4B.