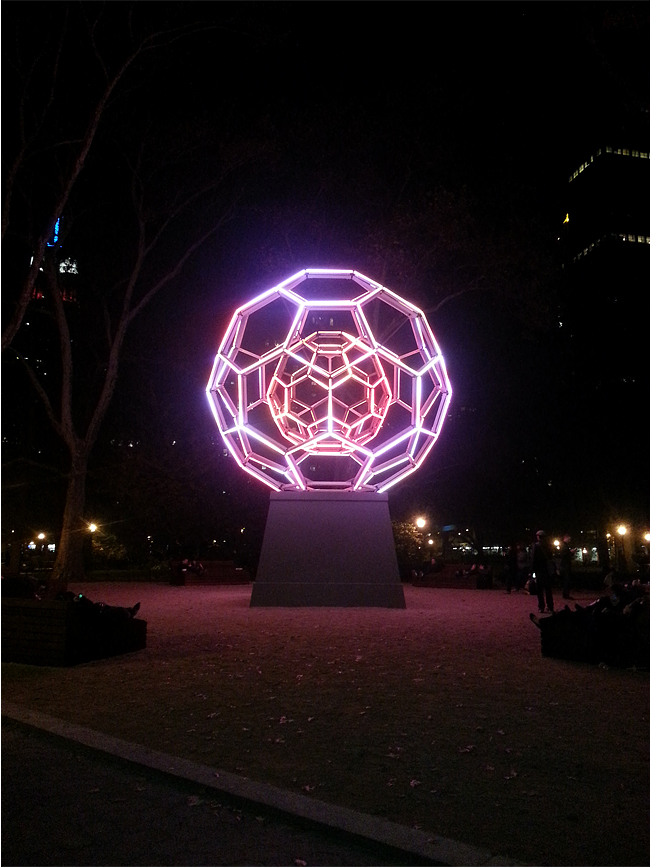 New York artist, Leo Villareal, combines the realms of art and mathematics with his latest work titled, BUCKYBALL. Inspired by the work of Buckminster Fuller, the 30 foot sculpture will feature two nested, geodesic sculptural spheres comprised of 180 LED tubes arranged in a series of pentagons and hexagons, known as a “Fullerene.” The light sequences created by the BUCKYBALL is said to trigger impulses in the brain, causing the audience to identify specific patterns.

We happen to walk by the luminous work of art earlier this week and caught a little footage of its hypnotizing light patterns. Feel free to stop by Madison Square Park to Villareal’s work, BUCKYBALL made its debut on October 25th and will be there until February 1st, 2013–the park has even provided seating for those who wish to do a little more than “stop by.”