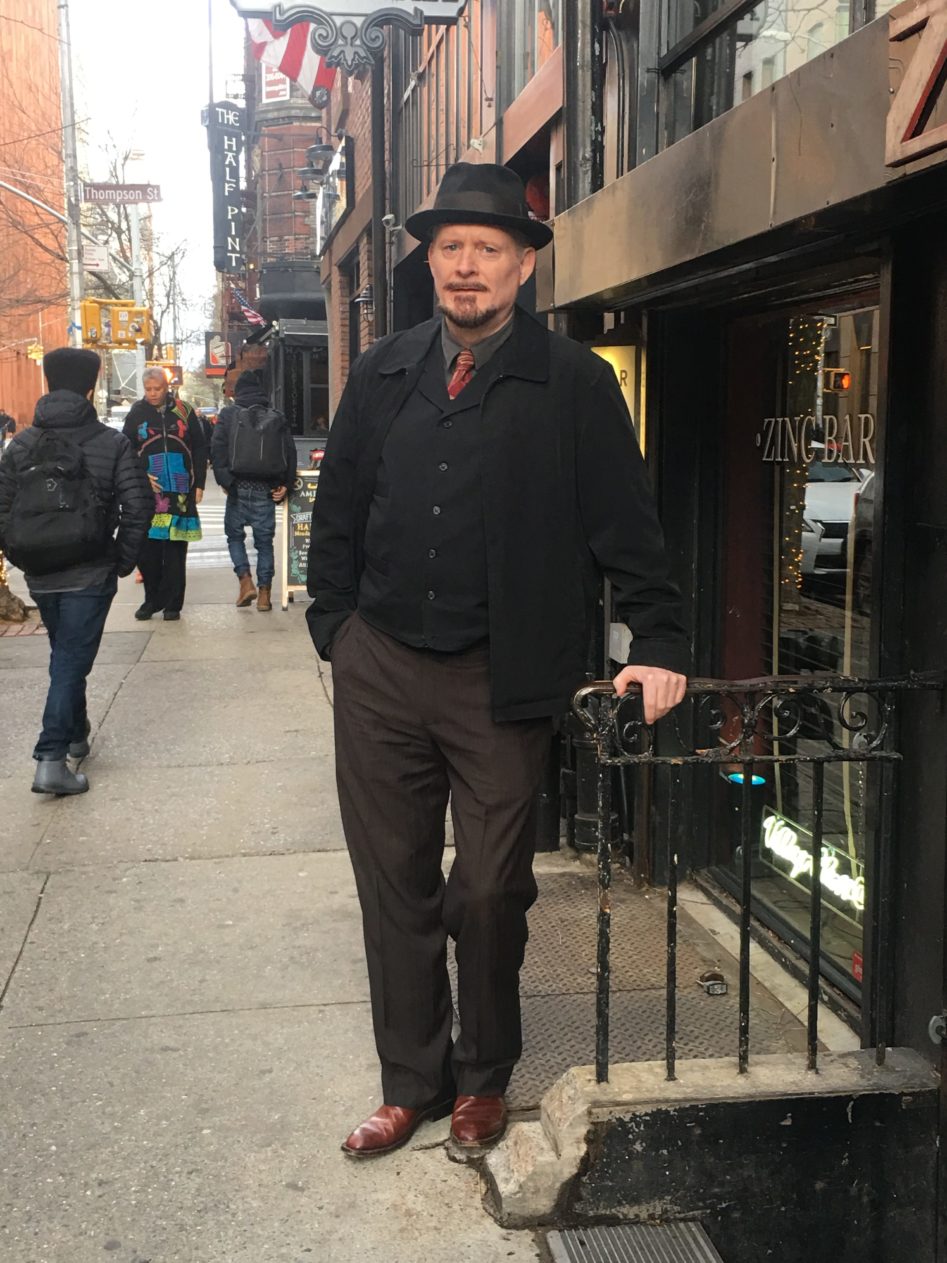 Best-selling author TJ English’s epic new Cuban true-crime thriller, The Corporation, is about to be made into a Leonardo DiCaprio-produced, Benicio Del Toro-starring Hollywood feature film. A frenzied bidding war produced a rumored seven-figure deal that was reached based on a 100-page proposal before the book was even written. TJ is celebrated for his studies of the Irish mob, including the ground-breaking The Westies, Paddy Whacked, and Where the Bodies Were Buried, which penetrated the legend of notorious Boston mobster, Whitey Bulger. His Havana Nocturne, from 2007, examined the rise and fall of the American Mafia in Cuba, while The Corporation picks up the story after Castro’s revolution has kicked them all out of the country. 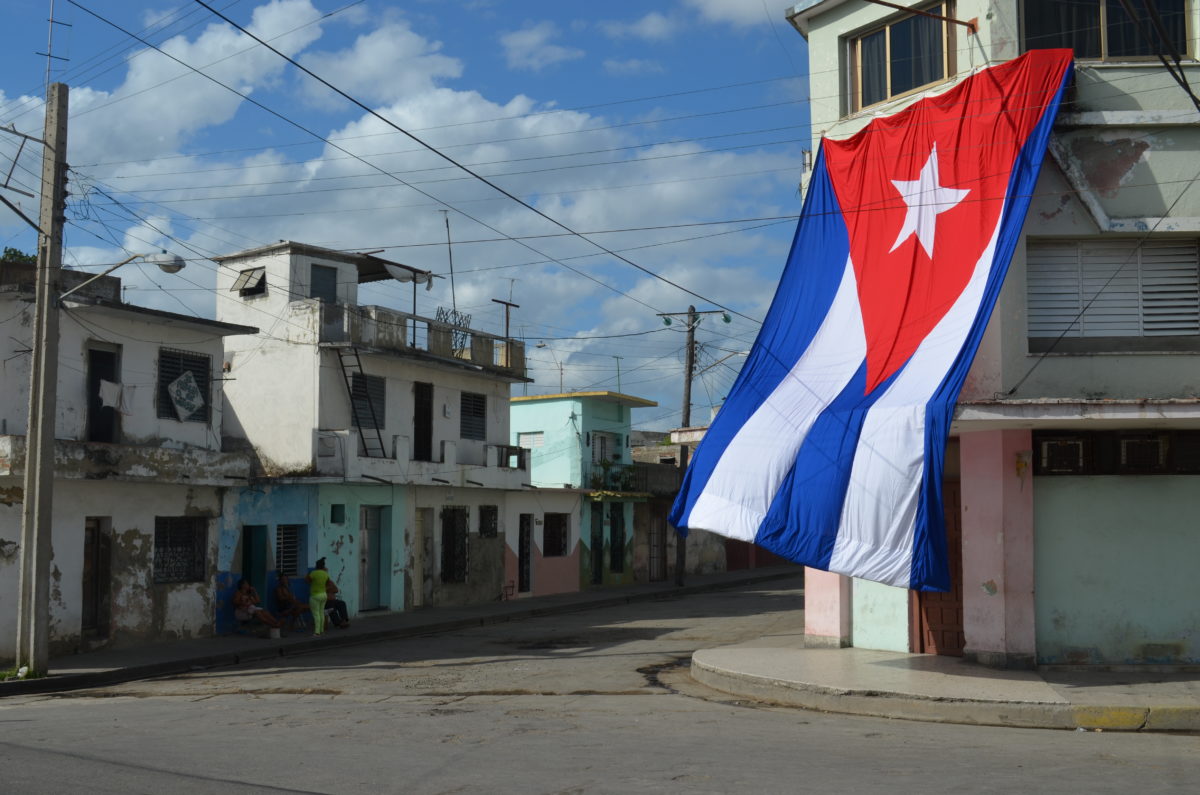 “You could call it a sequel,” said TJ. “Havana Nocturne, which took place during the era of the mob in Havana in the ‘50’s, ended by having raised the question, what happened after the Mafia gets chased out of Cuba? How did they take it? Therein lies a long historical saga, and this book is an attempt to answer, in part, that question. But also the reaction of a generation of Cuban exiles who were forced off the island, or left by choice, because they didn’t agree with the new revolutionary government. It’s the American Dream, or a version of the American Dream. Look at the Godfather movies, that’s what that’s about, really, is adapting old world values to the new world reality.” 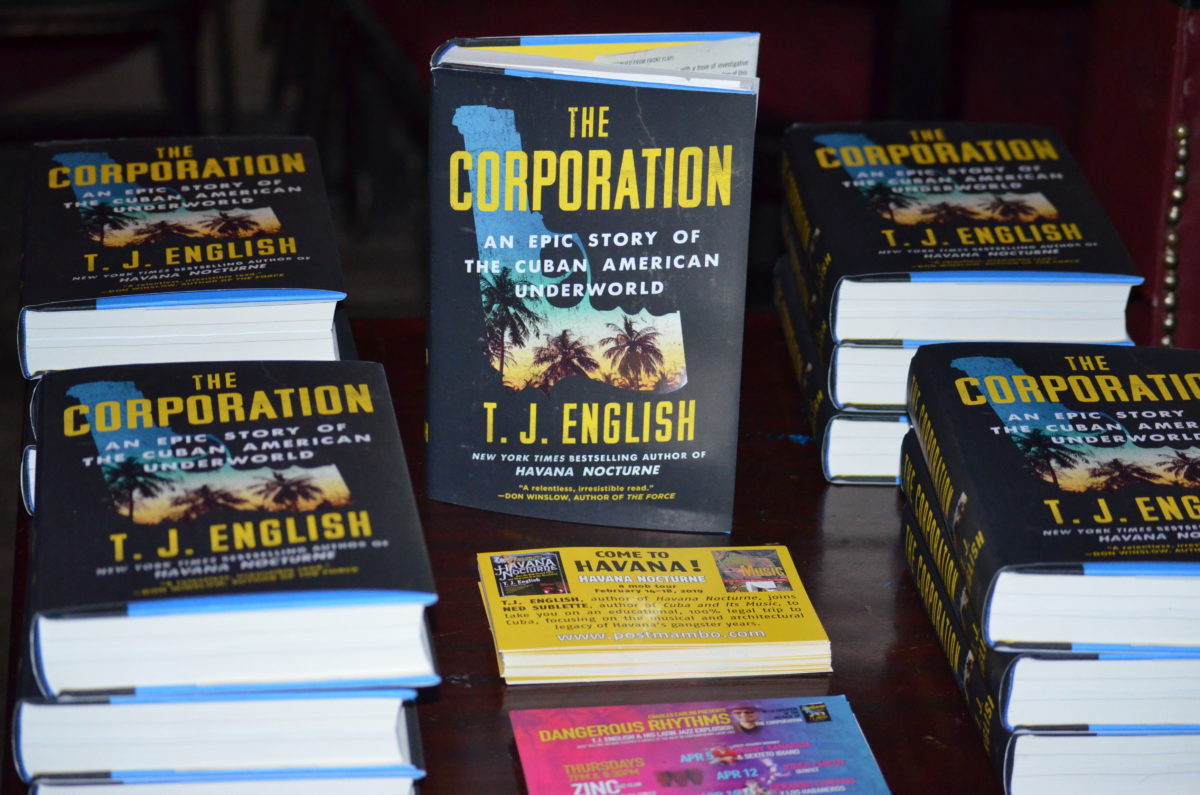 Weaving the old world and the “new world reality” is behind “Dangerous Rhythms”, a live music series that he has created in conjunction with the book release of The Corporation. It is happening at Zinc Bar, a Jazz club in his neighborhood, Greenwich Village. “I’ve frequented this club pretty regularly over the years, and I met Charles Carlini, who books talent here, and he was familiar with my work,” said TJ. “He knew Havana Nocturne, and we started talking about my work and the more I talked, he got a sense of my my passion for this music. He said, you know you should curate a series here, and I was like, what are you kidding me? That’s like a dream come true!” 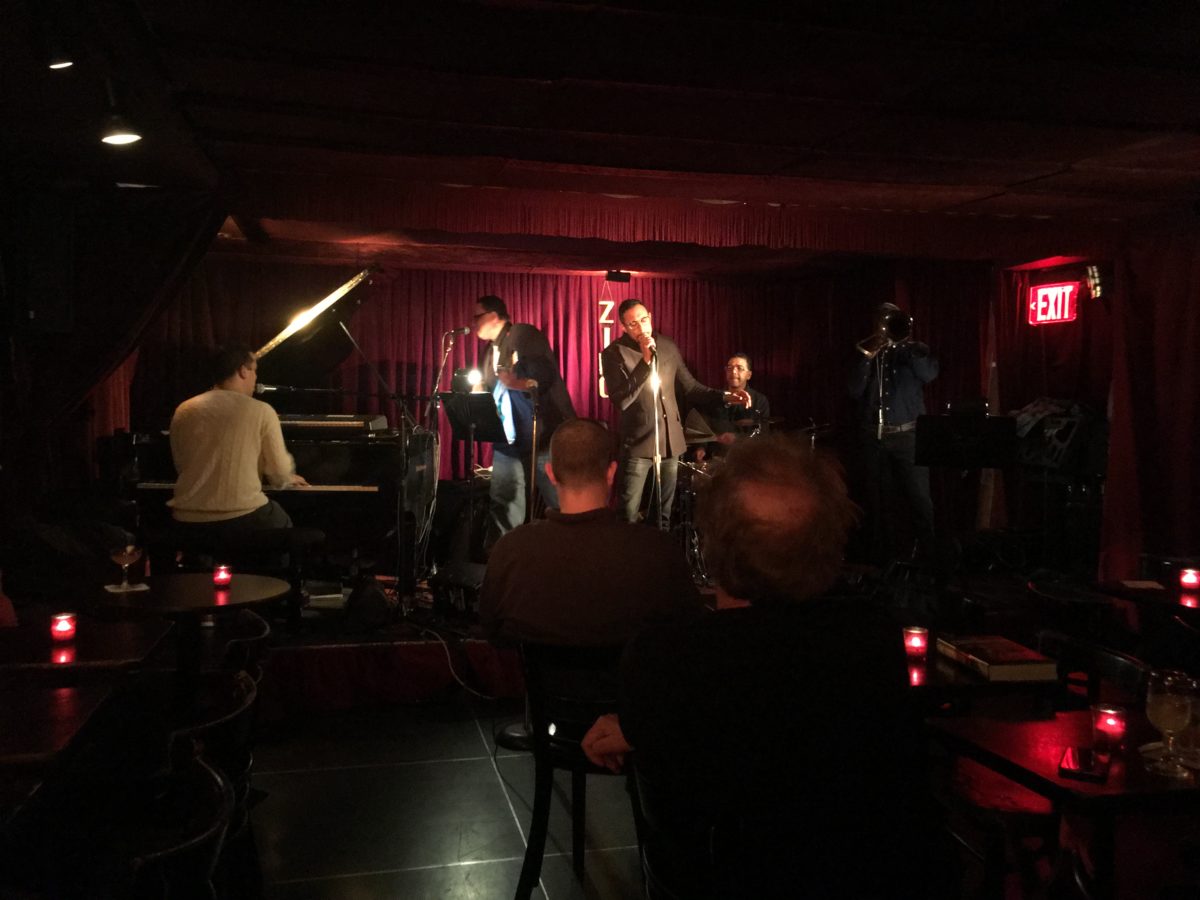 TJ’s love for the music goes way back. “The reason Latin Jazz got me was because I was driving a cab at the time, this was in the mid ‘80’s,” he said. “This was in the era before air conditioning so you’d have all your windows down to create cross-ventilation, so you’d hear everything that was going on in the streets. And I used to hear Salsa. Everywhere. Salsa was the music of the streets in New York in the ‘80’s.” He even remembers the exact moment when it all hit him. “I was stopped at a red light at 117th Street and First Avenue, probably 1985, and I had the windows down and I heard something I’d never heard before,” he said. “It was Mongo Santamaria’s version of Afro Blue. I’d heard Coltrane do it, but I had never heard this, and I was sitting in the cab and somebody was playing a radio out on the street, and I pulled over and double parked so I could listen to it and it just blew me away. It was the moment for me where jazz met Latin music and it all came together.” 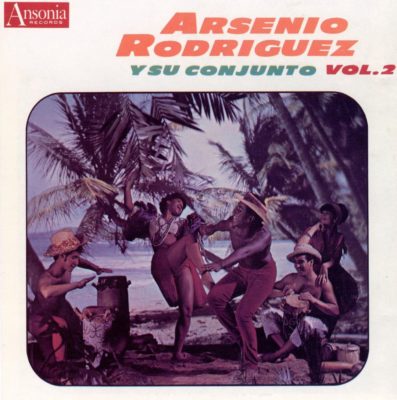 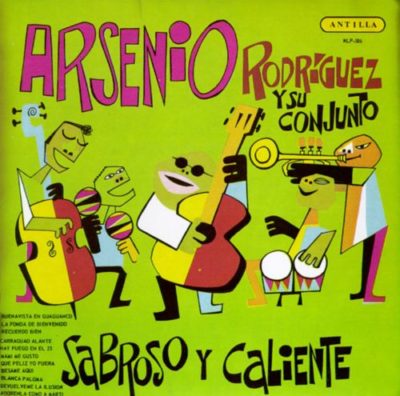 Zinc Bar, a cozy space on West 3rd St., has hosted Dangerous Rhythms for a couple of months now, and the audience has been building with each show. TJ is particularly excited about the upcoming gig this Thursday, May 10th,  when he will host an homage to the legendary Cuban musician and songwriter Arsenio Rodriguez, featuring the Mike Eckroth Group. “I feel particularly proud of this one because I had heard that there was a band doing a tribute to the great Arsenio Rodriguez, and they were playing in a club out in Jackson Heights,” he said. “It’s kind of a hike from here but I went out there just to scout them out, and they were terrific. A piano player who I didn’t know, named Mike Eckroth, is a guy from Arizona who is steeped in Cuban music. He’s absorbing all these Cuban rhythms, and working them into new, contemporary arrangements. 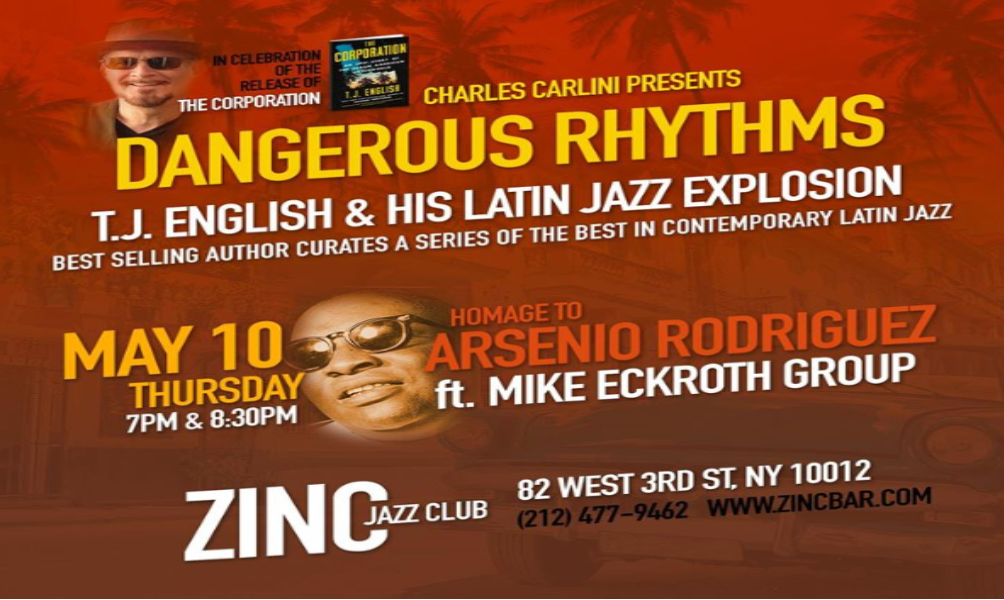 He’s a brilliant musician, and so this is his brainchild, the tribute to Arsenio Rodriguez, who is kind of the Duke Ellington of Latin Jazz, a brilliant player and also brilliant composer who created all these great standards that changed the music forever. So that night will be a celebration of that music. It’s a fairly large nine or ten piece group, and what they do is they take some real classic, traditional, Afro Cuban music, and breathe new life into it.” 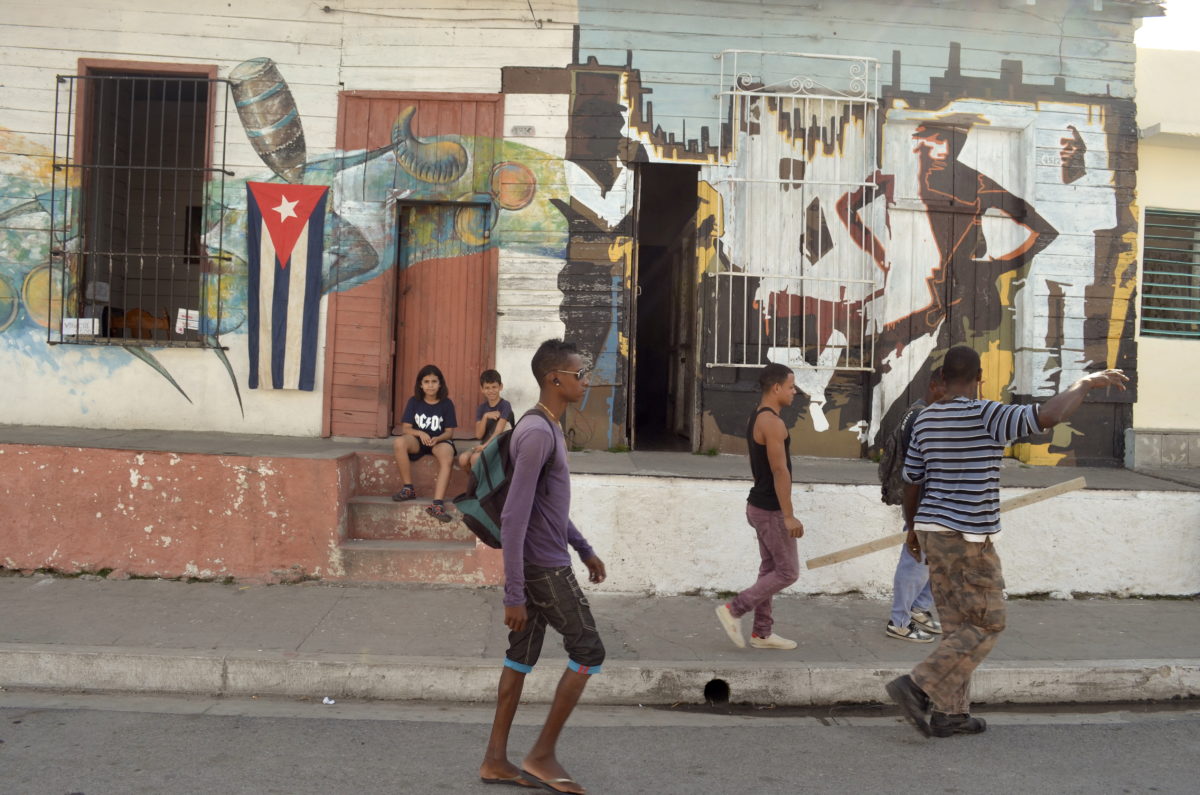 There has been some negative talk over the past couple of years about the changing face of New York, how expensive it has become, the homogeneity that is creeping into its neighborhoods, and the Village is no exception. “People talk about neighborhoods being ravaged by poverty, this neighborhood has been ravaged by prosperity,” he said. “It’s become a marketplace, and it’s driven aggressively by commerce, to the point where average folk really can’t afford to live here. The only reason I’ve been here this long is I got in here in 1990 in a rent controlled apartment, and just stayed put, which is kind of the secret to living in Manhattan.” 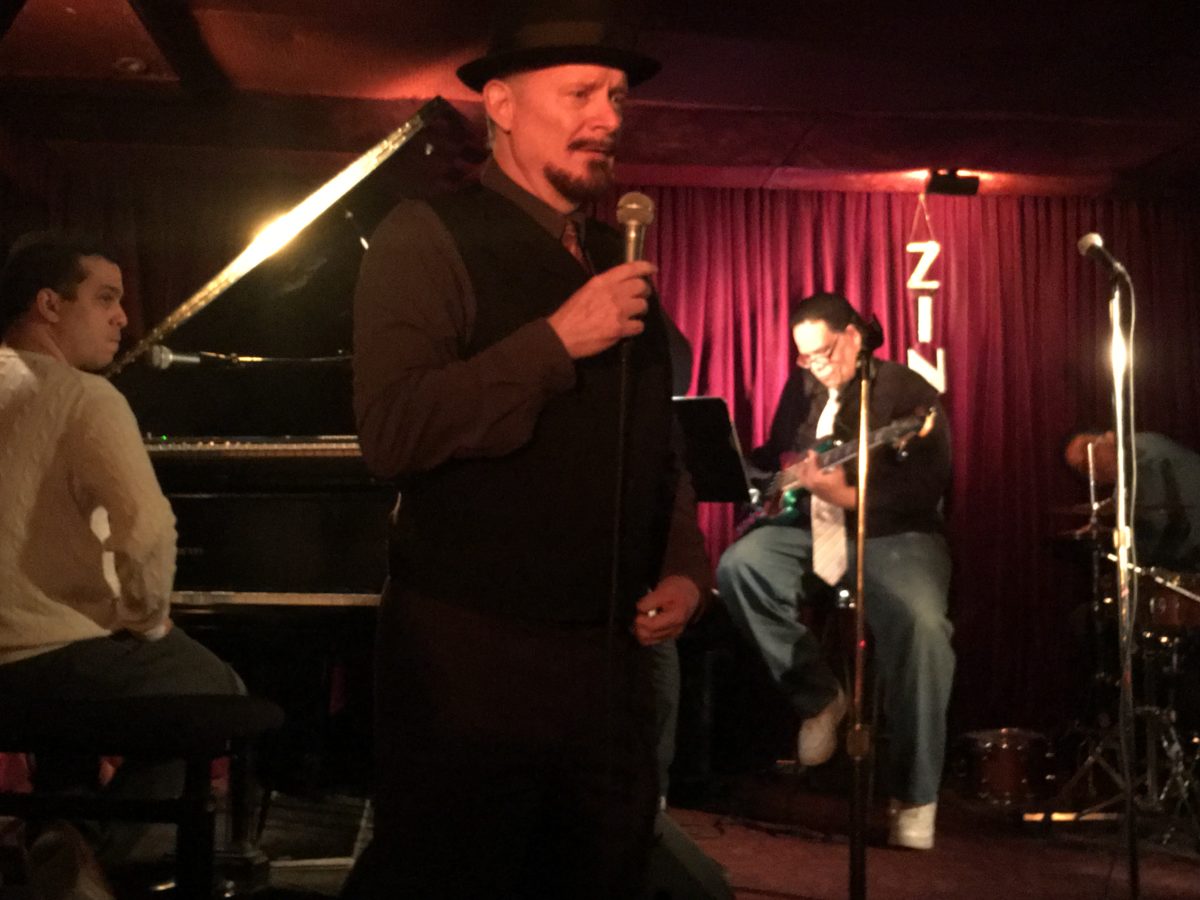 But TJ remains optimistic. “This just hit me in the last few months,” he said, “because like a lot of us, born and raised here, but also anyone who’s lived here a long time, in recent years has been asking themselves, do I need to be here anymore? This city has changed. You know, maybe it’s not for me anymore. We’re all asking these questions. And then I go to my apartment, man, and within like I don’t know a 12 block radius, there’s Mezzrow, there’s Smalls, there’s the Village Vanguard, the Blue Note, there’s this place, Zinc Bar, and I’m just talking about jazz! There’s all sorts of other music venues. It still is THE place for artists to come, musicians, actors, writers, and it’s still the Big Show. It’s still where you have to come to prove yourself, there’s still all of this great art happening here. And, you know, as long as the Village represents that, then to me, there’s a reason to be here.” 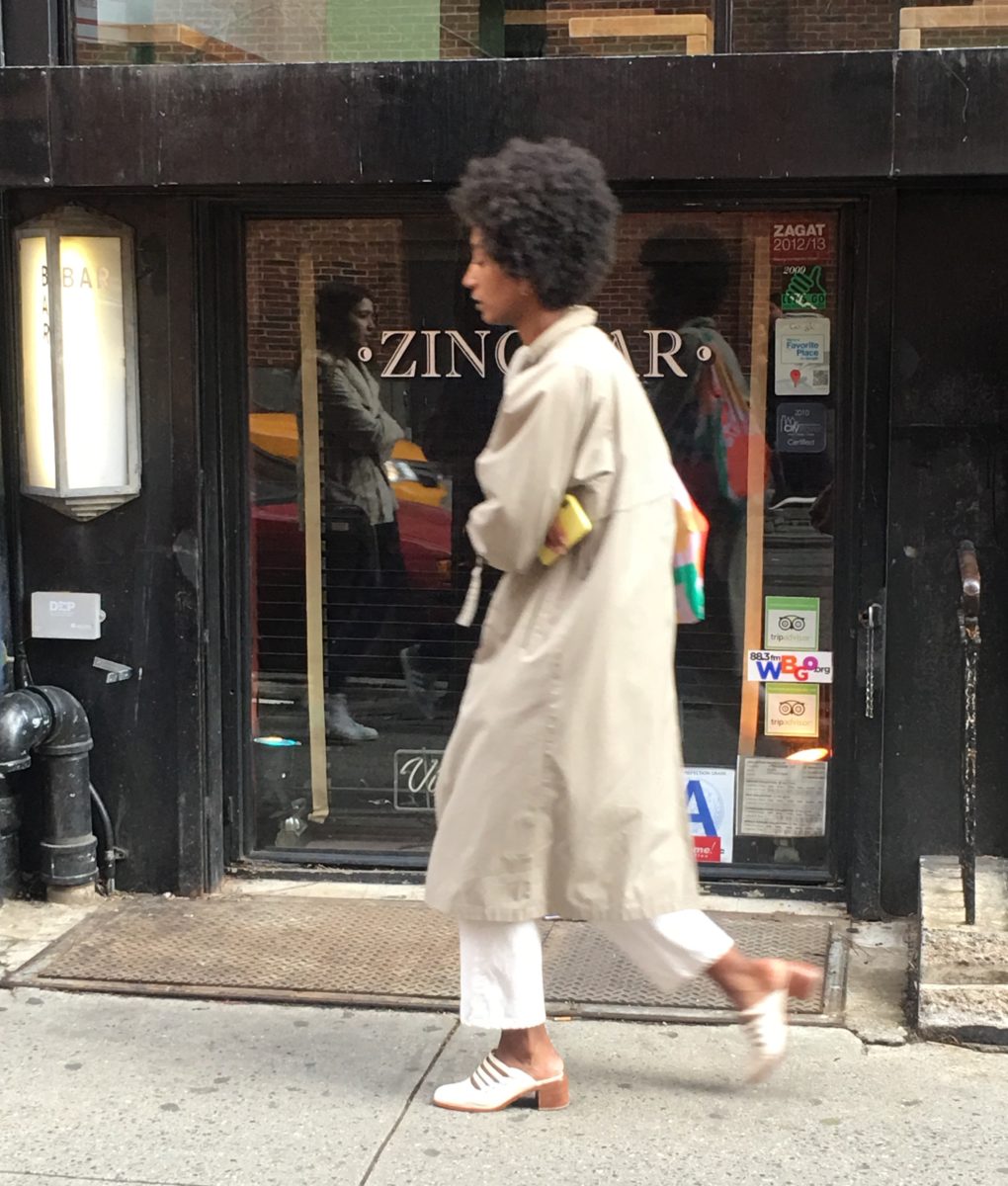