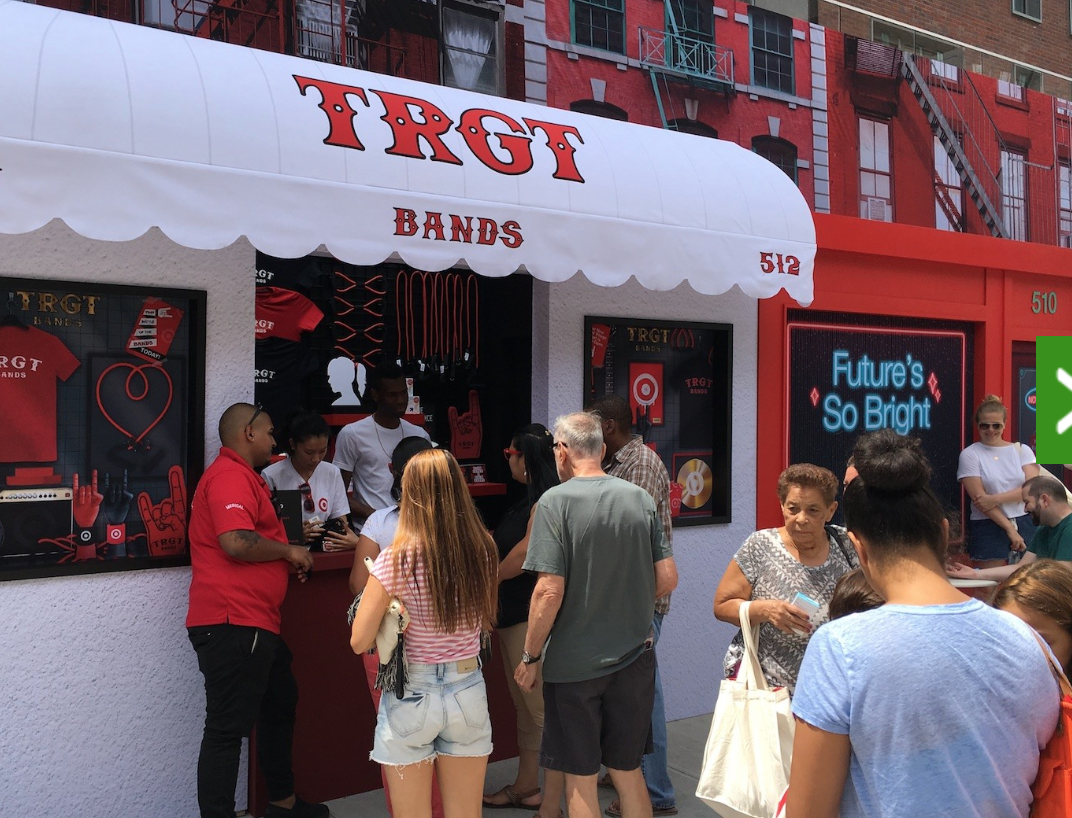 Will keeping apprised of the constant changes in New York only and always result in mourning what it used to be? Even and especially if you never really experienced it at its now overly romanticized peak, 1980-82 (once Madonna got legitimately famous in ’83, everything was over). How you used to look at it as you might your first love before all of their flaws started to shine through. Maybe so. Because to monitor one of the most extreme examples of how New York no longer exists is to note that there is now a Target in the East Village.


Of course, this isn’t some mammoth surprise when taking into account the rapid shift in landscape of a neighborhood that once housed the likes of Love Saves the Day (immortalized in Desperately Seeking Susan, maybe Madonna propelled the commodification of it all), Yaffa Cafe, Search & Destroy, The Gaslight (resurrected by The Marvelous Mrs. Maisel of late), etc. The nexus did, in the end, allow many a corporate entity into its fold as we left that prized Golden Age of NYC called 1980-2004 (2005 was when the Williamsburg zoning law loophole happened, ergo my logic for an end date). And Urban Outfitters and Starbucks were one thing, sure. Because at least for as corporate as they are, they mirror some very vague symbol of what the East Village was once home to: “arthouse” coffee shops and shitty but edgy clothing that often advertised bands. This faint attempt at historic preservation is what made people continue to cling to the notion, even in 2017, that “the East Village is one of the few places in Manhattan hanging on to some character.” 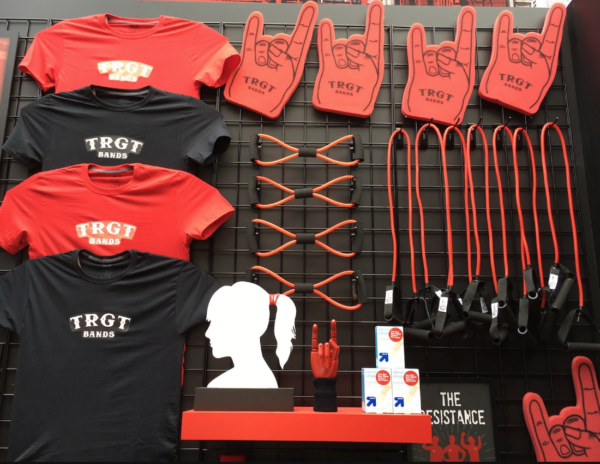 Target is a different story and the ultimate game-changer. Wasn’t K-Mart just close enough at St. Marks and Astor Place anyway? Do we really need to build on that flawless watchtower of corporate filth that gives us enough of a semi-authentic taste of the 90s in Manhattan? No. Not really. But who else can afford the retail space at 500 E 14th Street (a place some would like to write off as Stuytown territory). To boot, the most ironic thing of all is that there are apartments above this Target that cost upwards of $4,000 a unit. The people living in these spaces do not need to shop at Target. They can shop at Restoration Hardware or some bullshit Brooklyn location insisting they sell only reclaimed or custom pieces.

There is no outcry, however–not as there once might have been in the New York that was still filled with a high enough concentration of nostalgics. The East Village being just close enough to Union Square to make it all okay, corporate cluster fuck-wise. And, taking a page from Trader Joe’s, the establishment has even seen fit to tailor its look to the neighborhood. Which generally just means plastering the words “EAST VILLAGE” in a lot of places. The same way Duane Reade wields a neighborhood’s moniker depending on its location now that it’s a parody of the word bougie. Most offensively of all, however, their grand opening tribute (July 21) to the neighborhood comes in the form of stylizing Target to be displayed as TRGT in honor of the formerly nearby CBGB. And what also makes this Target yet another apex of that concept no one seems to find chic to talk about anymore because it got so overplayed–gentrification–is that the bulk of its employees commute from other neighborhoods, so that you as the piece of shit married to comfort that you are can enjoy your fucking $9.99 coffee maker, concealer and dog food (all three priced in the same realm). 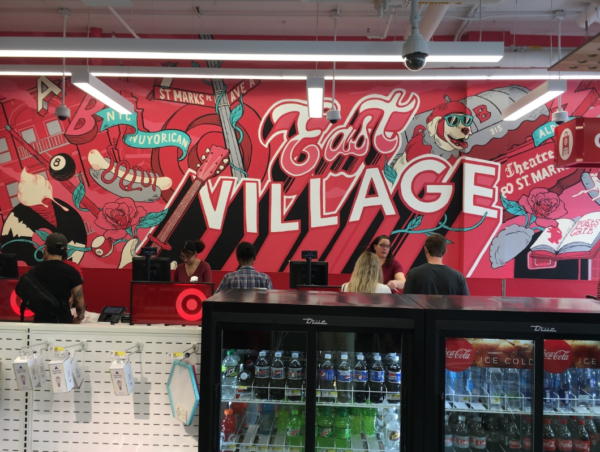 It’s important to write East Village on the wall so that everybody knows where they are, since it hardly fucking resembles even a former shell of itself with Target in its jurisdiction

This is the grand metaphor for the Gotham of the present. Everything about the New York of now urges you to just “Surrender Dorothy.” To deny change is to deny progress, isn’t it? You’re either with us or against us. And to go against only hurts you. Even people claiming to want to hate the Target eventually admit in a Carrie Bradshaw tone, “But by the end of the store’s opening that night, I’d become mostly convinced that if a megastore must take over a corner of the East Village, it might as well be Target.” It’s just too convenient to loathe. And in the end, that’s what gets both an American and a New Yorker every time. The same thing also happened in Spanish Harlem in 2010, when Target infiltrated 117th near FDR Drive. Just close enough to the Upper East Side to lure residents with the promise of free car service with proof of Target purchase. Who cared that it was altering the highly authentic makeup of the environs?

But it’s fine, you can pretend that everything is the same by walking into Otto’s Shruken Head or Pouring Ribbons with your Target bounty, flashing your sacks proudly since no one has a nut sack anymore. It’s what the NYC denizen does best: feigning to delight in combining the old with the new despite the glaring fact that the new always represents more absurd heights of flaccidity. The true great metaphor for Target opening in the East Village, in the end, is that everyone wants you to just get over it.