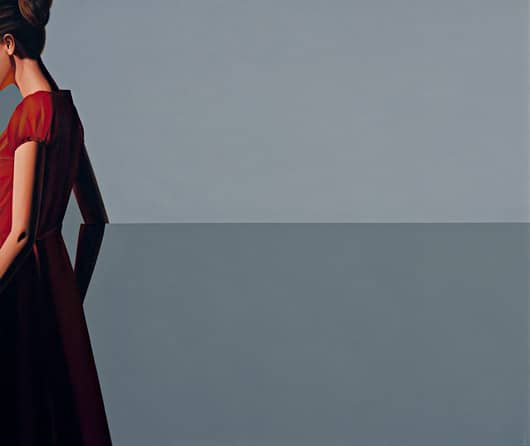 In Erin Cone‘s realm there are two warring forms. There is the human form, which is populated with lines that have their own eccentric characteristics and free will. And then there is the form of design, a freeflowing regime that is structured by geometry.

Cone is an instigator of sorts. Her work seems to purposefully pit the two forms against one another. In many of her pieces, she threatens the organic delicacy of her subjects with the abrupt introduction of a straight line. We asked Cone about her part in this deliberate conflict:

You seem to implement geometric lines and/or shapes at the drop of a hat. Is this purposeful? If so, what is the purpose?

“My inspirations are the beauty of the human figure and the nuances of expression possible when that form is melded with pure design. I deliberately incorporate visual glitches in my paintings as a way of complementing and challenging the realism of the figure, allowing my subject to function abstractly while remaining entirely representational.” 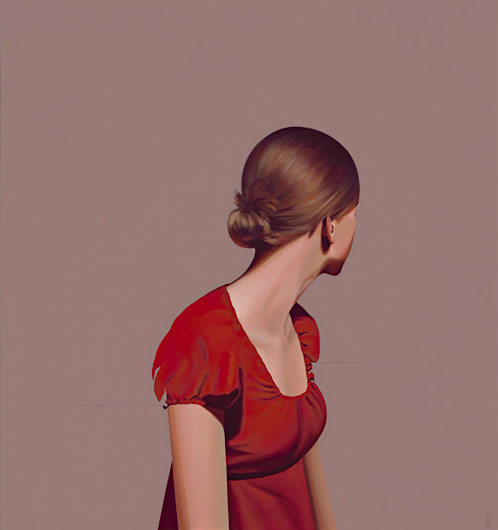 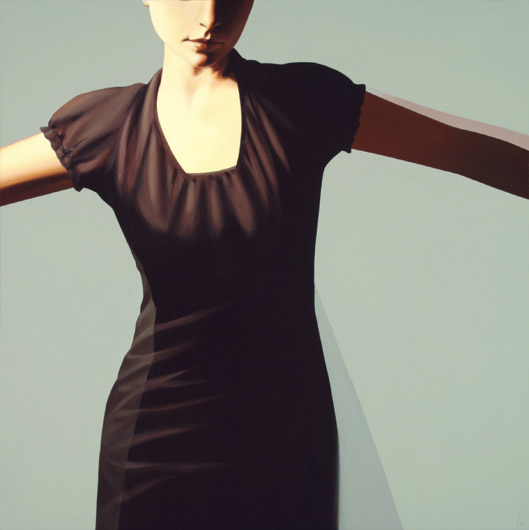 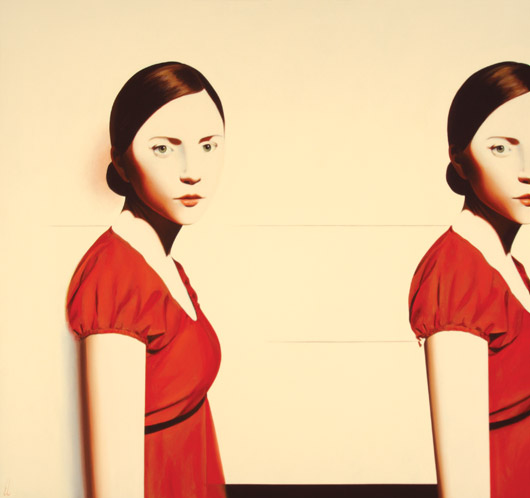 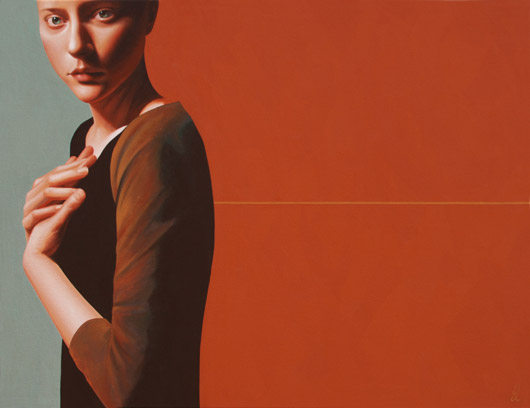 Cone orchestrates a beautiful bickering between the two. The ever present duality in her pieces creates an interactive experience that is purely up to her audience transcribe.

But that isn’t the only noticeable aspect of Cone’s work. She also seems to have a slight fashion knack. What are subject are wearing is just as important as the struggle between free will and order.

“The clothes my figures wear, like the figures themselves, function primarily as purely visual elements with which I compose. I enjoy the effects possible when the clothing is flattened, collaged or otherwise abstracted – as a counterpoint to the realistically rendered figure.” 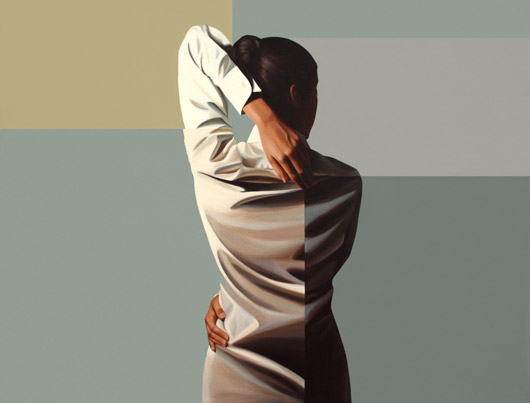