Susan Leopold has been mesmerizing her audience with miniature visions of rooms and architectural spaces for decades. Intersections is a show of recent works, illuminated box constructions present dreamlike interiors conveying recollections of places commonly used. An attic, a backroom, a rehearsal space that is also used for weekly worship. Inspiration comes from places Leopold notices for their commonality, and which she composes into meticulous architectural environments with an aura of the missing human presence.

One encounters this series in semi-darkness which begins to inhabit memory and the attraction of miniatures comes into play in these works which address architectural experience by internalizing it. Leopold’s phenomenological approach to spaces and places is echoed in the philosophy of Gaston Bachelard in his classic, The Poetics of Space. Her prior series of works that engage interior and exterior reflections in mirrored constructions are here present in Foyer and Passage and in the continuum of works where they haunt the imagination. On view through May 12th at the Elizabeth Harris Gallery, 529 West 20th Street, between 10th and 11th Avenue in Chelsea. 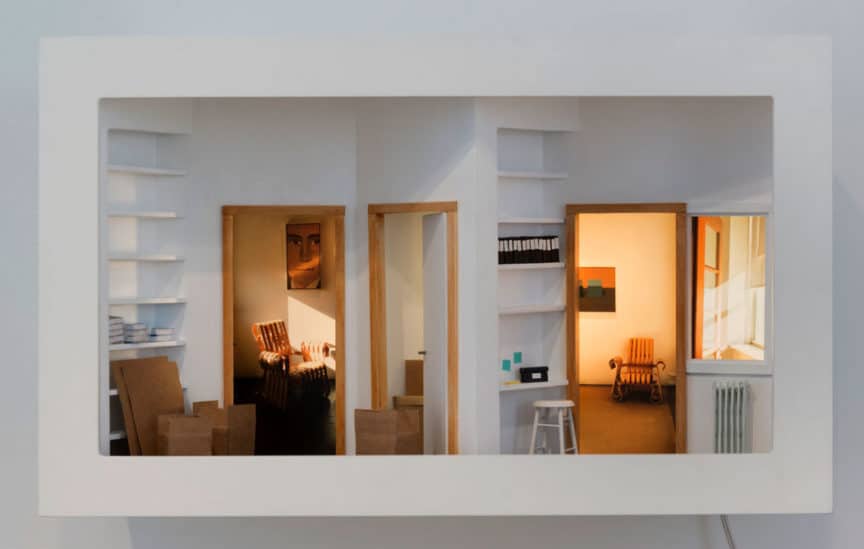 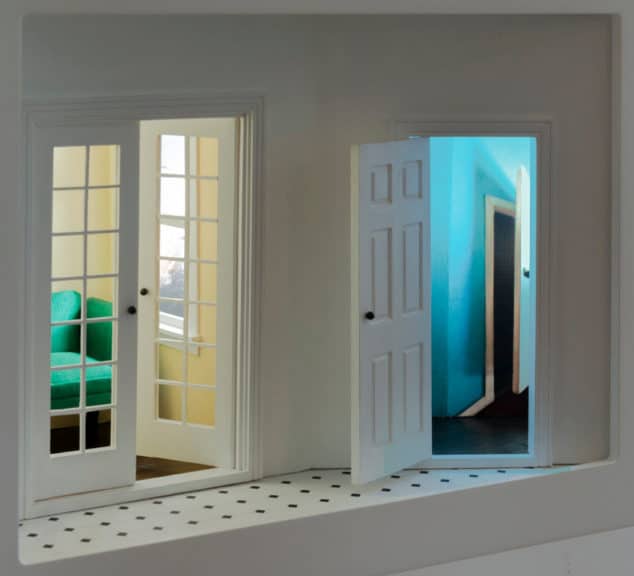 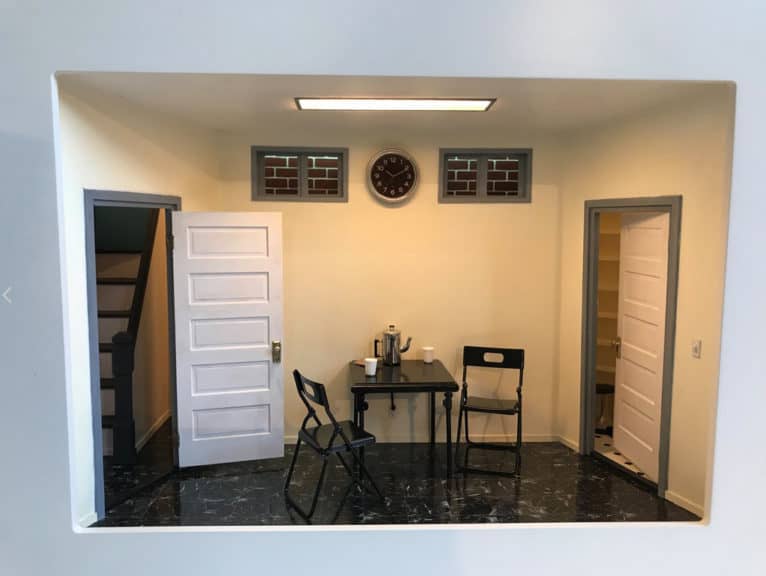 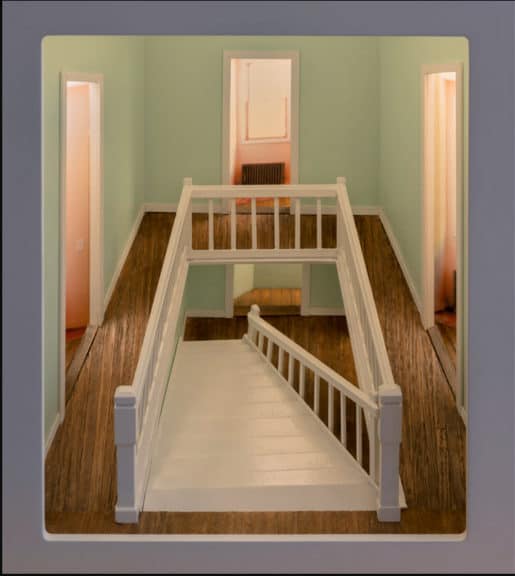 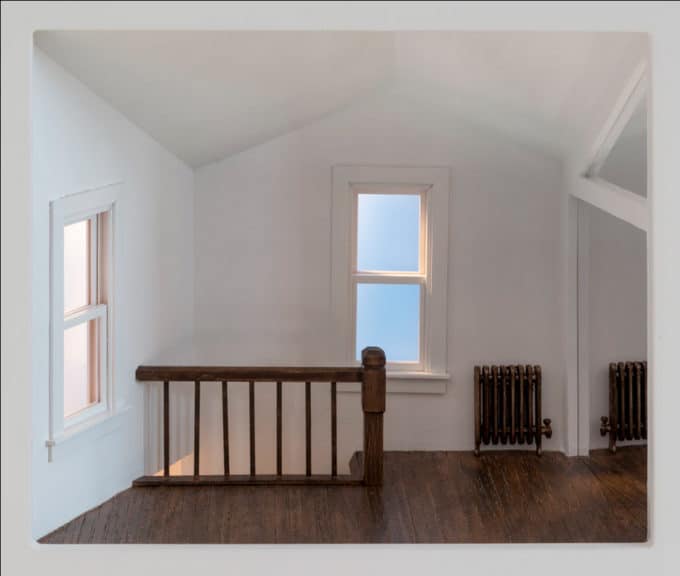