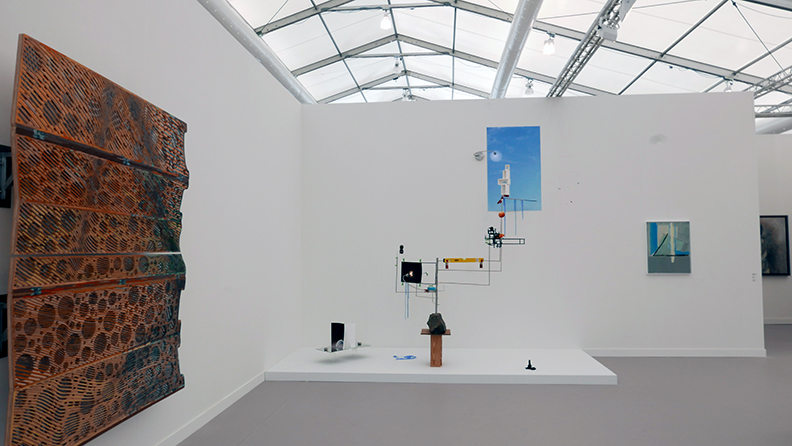 FREIZE New York ran for 5 days from Tuesday the 2nd through Sunday the 6th of May. The fair was founded in London in 2003 as a philanthropic project to promote contemporary art, an offshoot of the eponymous magazine, it has taken place annually in London in October. In 2012 FREIZE New York was opened in “bespoke” white tent structures, and it has been held annually in the spring ever since on Randall’s and Ward’s Island located between the Harlem and East Rivers. The location is quite fascinating, conjoined islands that are part of Manhattan, there are hundreds of acres of park land, many baseball fields, a golf course and official institutions. The Park Alliance provides a guide to activities and attractions on the island which can be reached in a number of ways, by water and public transportation from 125th Street in Harlem.

FRIEZE New York felt open and bright with expansive exhibition areas along color coded avenues. The ‘Main Section’ of exhibitors were skillful and engaging in their individual domains, joined by areas grouped under ‘Focus,’ ‘Frame,’ ‘Non-Profits’ and ‘Spotlight.’ The New York venue also for the first time hosted ‘Live’ a platform for performance, installation and interactive works curated by Adrienne Edwards who also selected a Frieze Artist Award. The international open call for the award sought an emerging artist who would realize a site-specific work, the commission was co-sponsored by the LUMA Foundation.

At the north entrance to the fair one found, Space Poem #5 (Years & After) Begin Again, Begin Again (Years) by Renée Green, and at the south entrance a pair of elegant dark blue streamers flanked the entrance falling from about 20 feet above from flag poles tipped by eagles, Hank Willis Thomas’ piece, 15,091 commemorating with small embroidered white stars people killed by recent gun violence that felt reminiscent, of the American flag and a clear night sky full of stars. Additional works in the new ‘Live’ project curated by Adrienne Edwards are Alfredo Jaar’s, Public Address, short voice recordings played intermittently over the fair’s loudspeakers, Dave McKenzie’s, Furtive Gesture, a performance that took place all day on Sunday, Raúl de Nieves and Erik Zajaceskowski, THANK YOU / THANK YOU, a procession through the fair on Friday, Lara Schnitger, Suffregette City, a procession through the fair Tuesday, Wednesday and Saturday and Adam Pendleton‘s, Black Dada Flag (Black Lives Matter), that is mounted on a towering pole in the area now called Scylla Point, and which will be flown from 1 May to 1 November. In the 1800s it was called Negro Point, it is said to refer to its use by riverboat workers but the history is dense and Randall and Ward’s Island have also housed facilities for psychiatric care, and today a Fireman’s retreat as well as sports stadiums and golf driving ranges. Remember to visit the island this summer and to put this fair on your calendar for next year, early May. 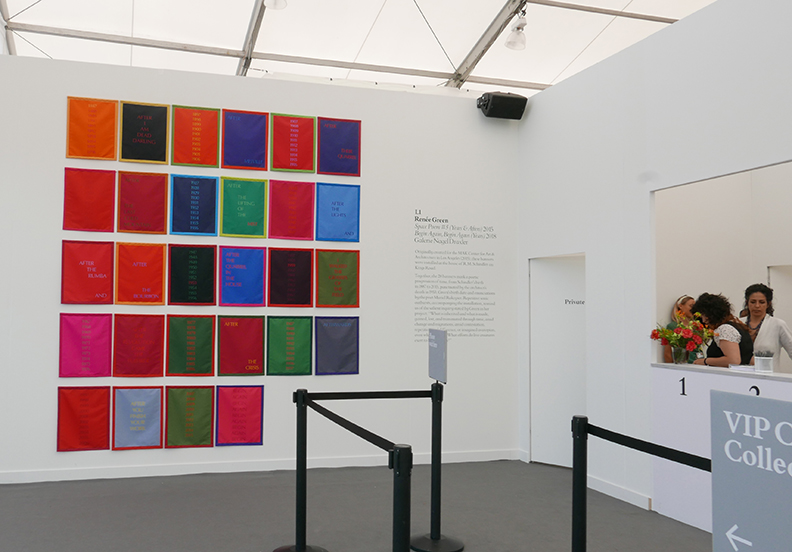 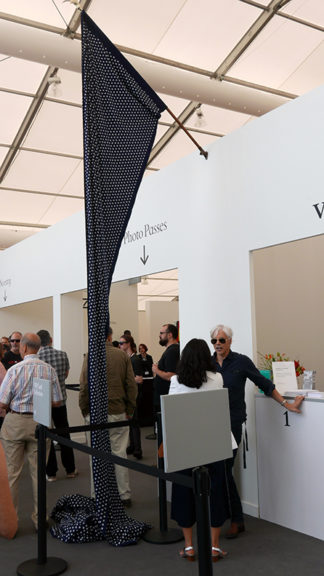 One of two banners in Hank Willis Thomas piece at the entrance to Frieze. 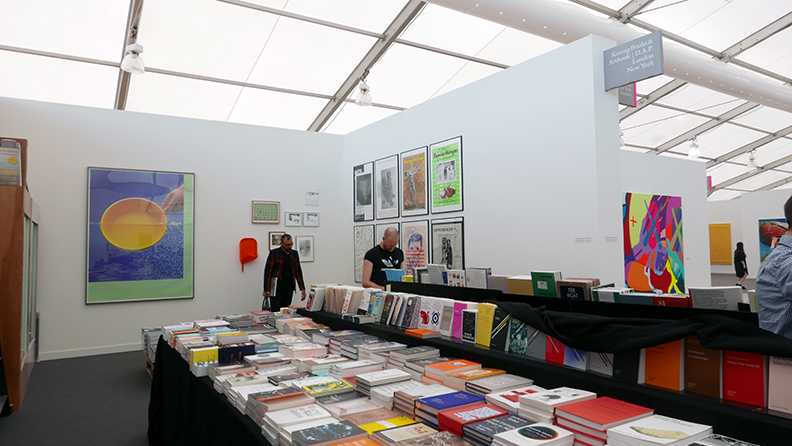 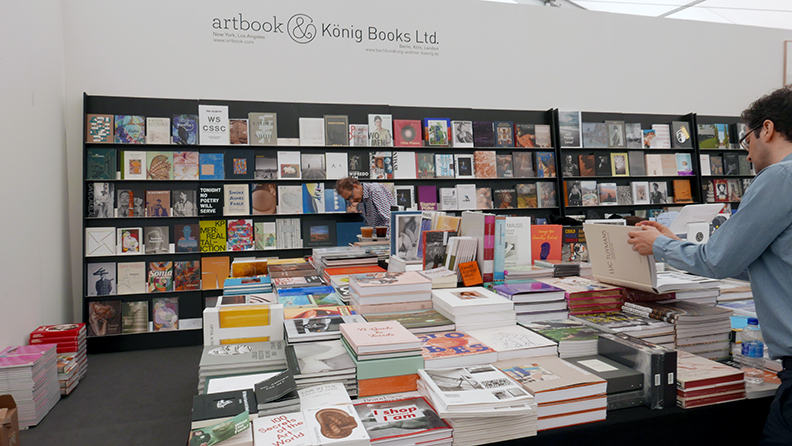