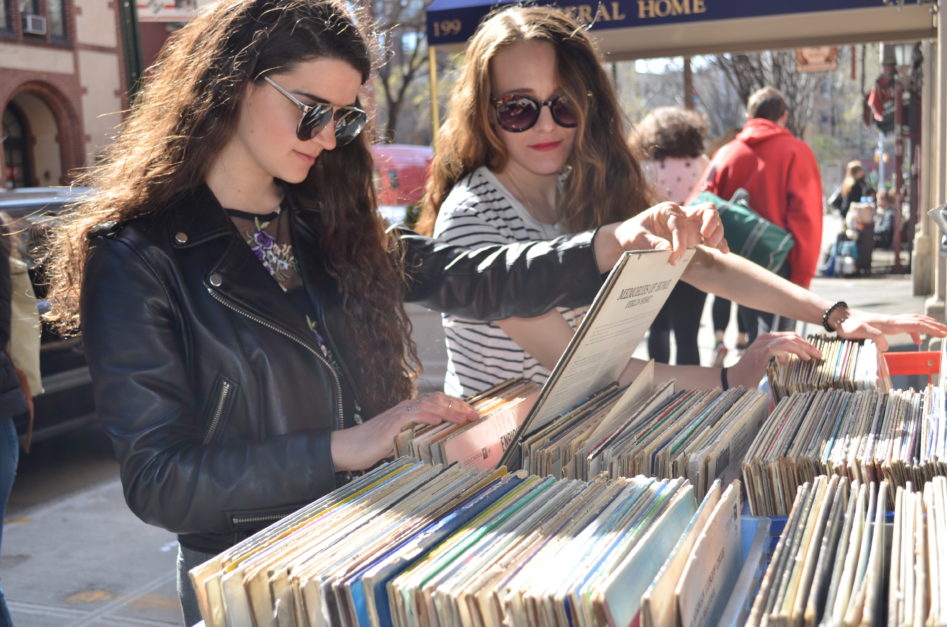 After Kendrick Lamar won the Pulitzer Prize, the Washington Post blubbered that “Kids aren’t starting garage bands” anymore, and “Electric guitar sales are down 30 percent over the past decade!” Rock and Roll is not dead, former Rolling Stone writer Marc Weingarten declared, but it “continues to lose traction with anyone under 40,” and “it seems unmoored from its commitment to social engagement, especially among the young….” But to Carly Jordan and Carrie Courogen, both 26, rock and roll, particularly that music created three to five decades ago, still resonates. Their podcast, “’77 Music Club”, is an homage to the music from roughly 1965 to 1985, with ’77 chosen as the name “because 1977 is our favorite year in music history, period,” said Carly. I met them at former Television guitarist Richard Lloyd’s show at Bowery Electric, where they were singing along to the classic Television song, “See No Evil”, from Television’s debut album, “Marquee Moon”, often considered one of the greatest “punk” albums of all time. It was released in 1977, a decade-and-a-half before they were born. Podcasts in the first two seasons have included radically diverse genres of music, including Patti Smith’s “Easter”, Big Star’s “#1 Record”, “Street Hassle”, Lou Reed’s extravagant elegy to ‘70’s New York, and “The Message”, the urgent rap bulletin from the streets of the Bronx by Grandmaster Flash and the Furious Five. “We never do an album because we feel we have to, so there’s a kind of organic diversity,” said Carrie. “We’re interested in a huge array of music and we want to represent it all.” Adds Carly, “It has to come from our authentic voice.” 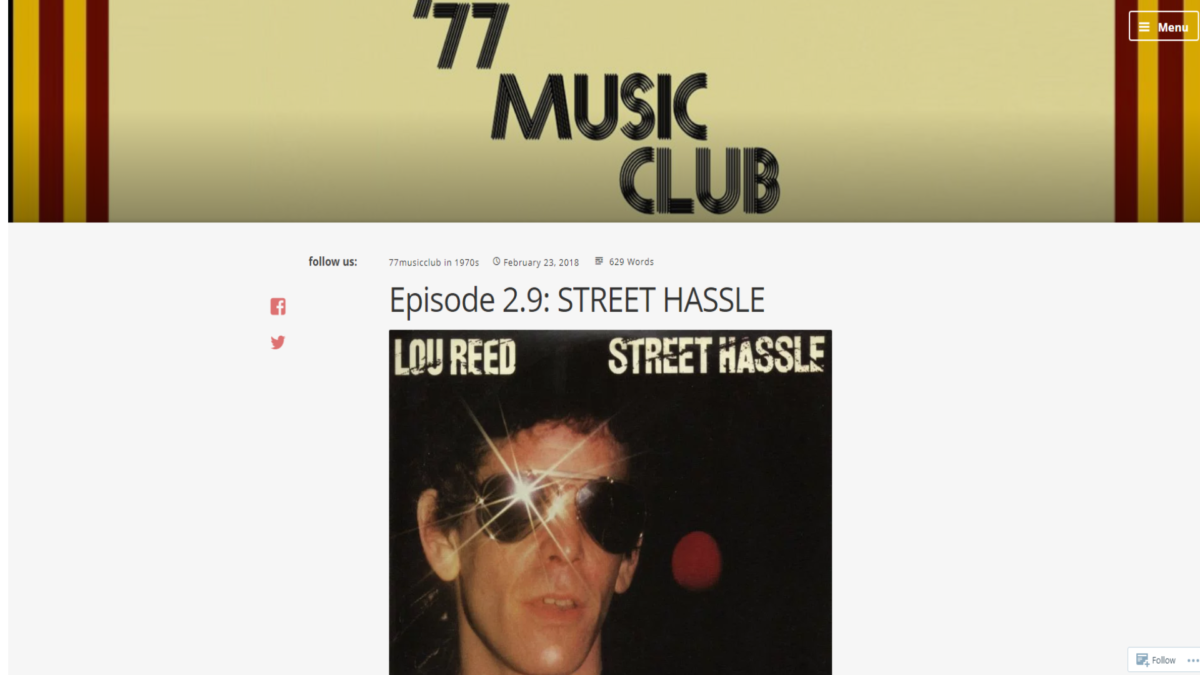 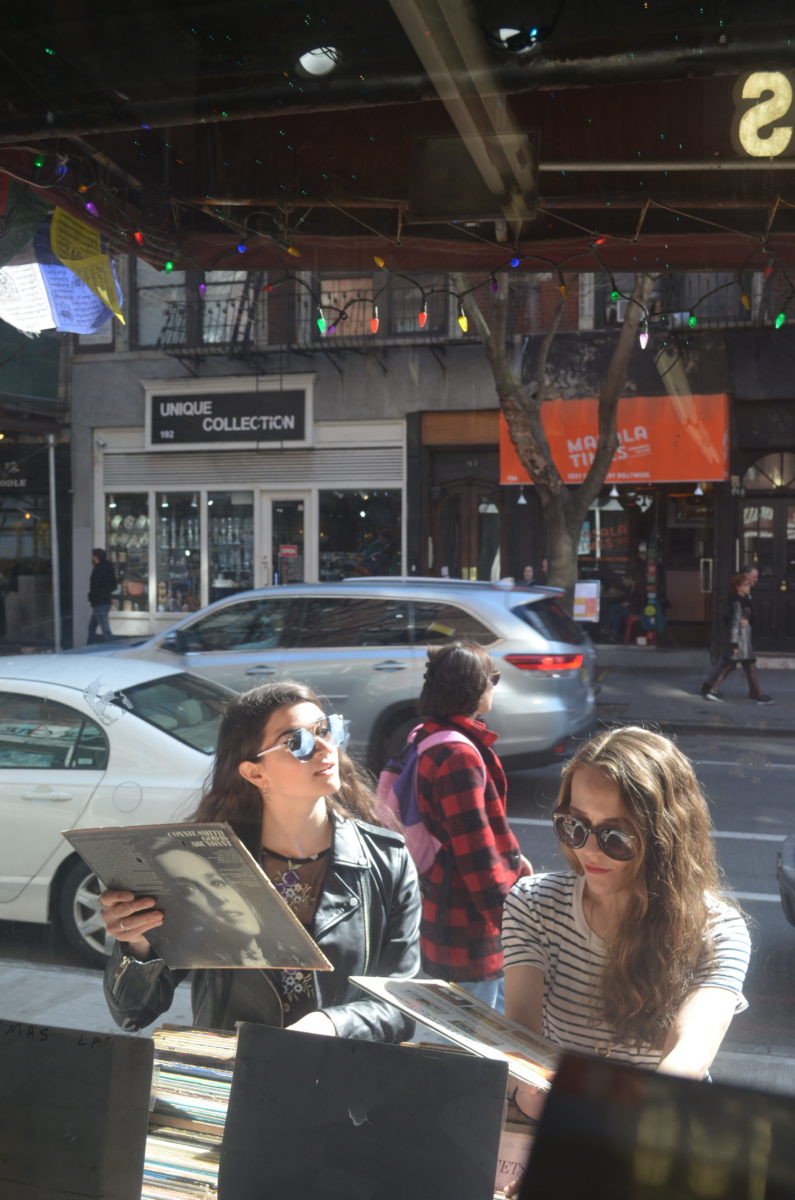 Carly is from North Carolina and Carrie is from Pennsylvania, and the two found each other three years ago through their Tumblrs, bonding over music, “probably Fleetwood Mac,” said Carley with a laugh. They finally met in real life, at the Brooklyn Music Fair, “and it felt like we’d known each other all our lives,” said Carley. “We both felt a strong pull towards New York City,” said Carrie. “Not the Disney-fied and homogenized, but the gritty, sort of egalitarian place, where the struggle makes your success, in the end, feel that much more deserved. We feel like we missed out on that.” 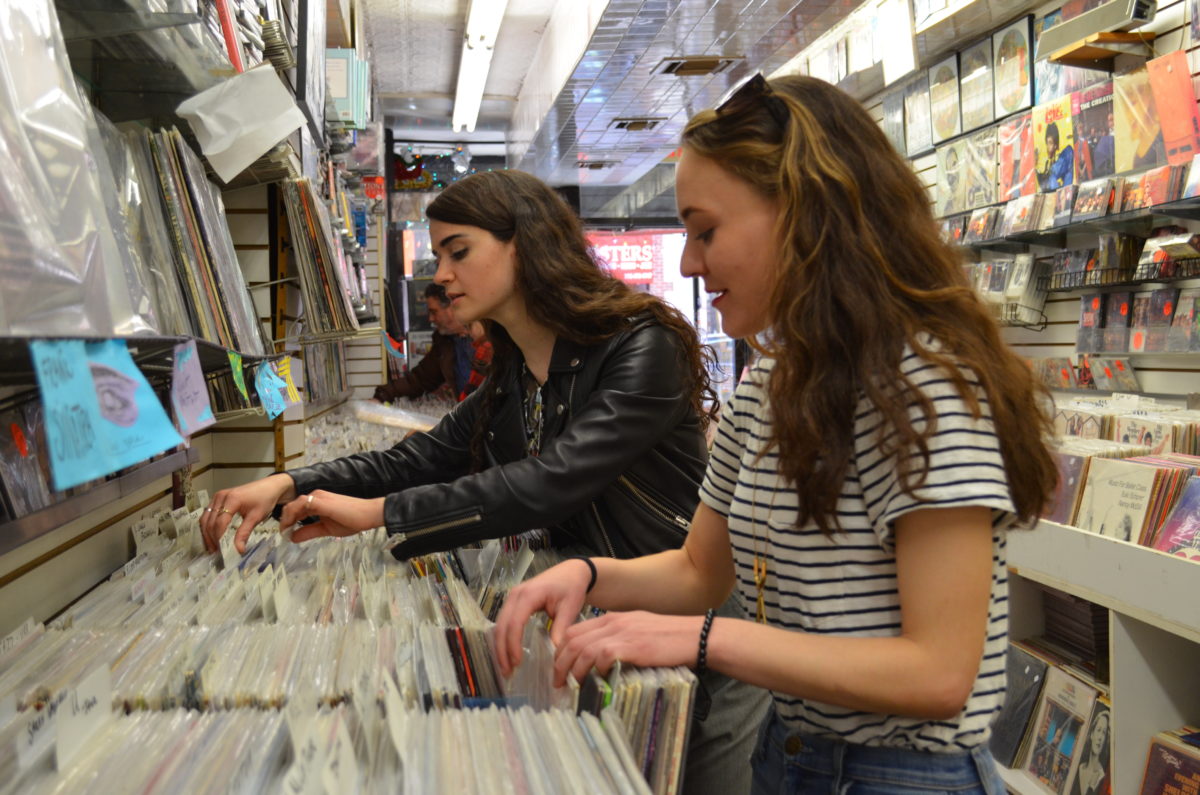 They spend fifteen hours or more working on each episode, and their approach is best called “completist”. Aside from the podcast, there are “bonus features”, which include bibliographic-type notes, “scholarly” references and annotations, and arcana, such as a lengthy riff on vocoders, from the Grandmaster Flash episode. “A lot of people could point to that episode and say, what do these little 20-something white girls know-impress me kids!” said Carly. “But all the feedback we got was like wow you really got academic with that, and you really went in. So something like that where the cards are stacked against us, we really go in and research hard but we don’t shove it in your face. We start with our emotional reaction to the album and then we fill in the blanks. As a musician, I love hearing how the music evolves, and what kind of different stories can be told.”

“Also,” adds Carrie, “we have different thought processes and reactions to music. I love the idea, as a journalist, of preserving history, what some might call revisionist history, but in a good way, like you’re hearing the stories that history missed. I like to understand what was happening in the community, in the world, in politics, I like to look at the whole picture.” 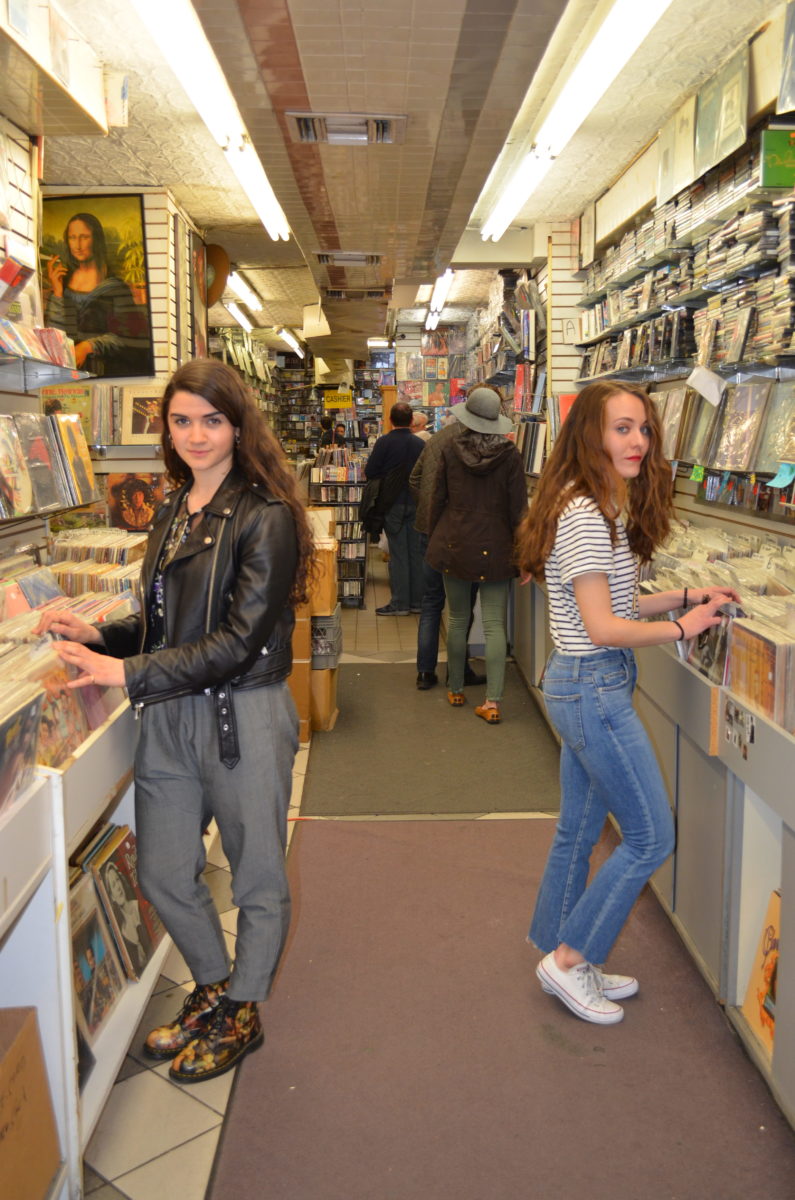 Their fourth episode, on Tom Tom Club, the Talking Heads offshoot from Tina Weymouth and Chris Frantz, was “the one that really broke us through,” said Carly. “That’s when things started to really take off.” It ultimately led to an appearance on “Chris Frantz the Talking Head” radio show, where they discussed songs not only from T.Rex and Blondie, but from Al Green and Buckingham Nicks. Their latest podcasts include “Juju”, by Souixsie and the Banshees (1981), and “A New World Record”, by Electric Light Orchestra, from 1976. Their plan for upcoming episodes includes the legendarily brooding “Pink Moon”, from Nick Drake, as well as work from mythical songwriter Laura Nyro, and funk progenitors Sly and the Family Stone. “It’s a little hard when you’re a member of this generation who likes older music,” said Carly. “We don’t quite trust other millennials with that love of this music, like you don’t get it, so when you find somebody who gets it, you just want to talk about it all the time.” Twenty-six episodes later, Carly Jordan and Carrie Courogen of ‘77 Music Club have had a lot to say, and with the prodigious bounty of mind-blowing music from their beloved era, there’s undoubtedly plenty more to come.